David Jason Muir is one of the most popular news anchors during recent times. Muir was born in 1973 in Syracuse, New York, and he was brought up in Onondaga Hill. He has an older sibling and two step-siblings younger than him. He was drawn to the world of News broadcasting and presentation from a very young age. As a child, he would religiously watch the ABC News flagship program every night with his family. His biggest journalistic inspiration is admittedly the longtime anchor Peter Jennings. He attended the Onondaga Central Junior-Senior High School and passed out from the school in May 1991. He went on to study at the local Ithaca College, graduating magna cum laude with a Bachelor of Arts degree in journalism in May 1995.

While in college, a professor told him that he had the “cut of a TV Newsman.” This particular comment further fueled his aspirations to become a news anchor. To this end, he undertook a semester-long course on Political Journalism at Fund for American Studies at Georgetown University. He spent a semester abroad at the University of Salamanca in Spain with the Institute for the International Education of Students. After his studies, he permanently took up a job in news anchoring and reporting. Today he is a revered anchor and journalist. Curious to know how he made his wealth? We have you covered.

How Did David Muir Make His Money? 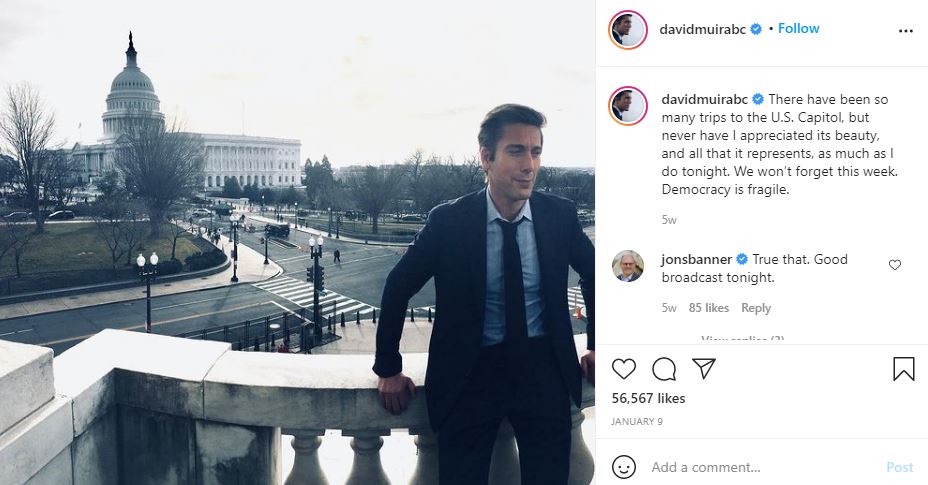 David Muir was already establishing himself as a professional anchor during his college, and he did remarkable work at that. His reports from Jerusalem, Tel Aviv, Israel, and the Gaza Strip on the 1995 assassination of Israeli Prime Minister Yitzhak Rabin brought him accolades at the early stages of his entry into reporting. This helped him launch his future career, cementing his position in the world of news. He was an anchor and a reporter for WCVB television in Boston, where he was again awarded for his work in tracing the route of the hijackers in the 9/11 attacks. 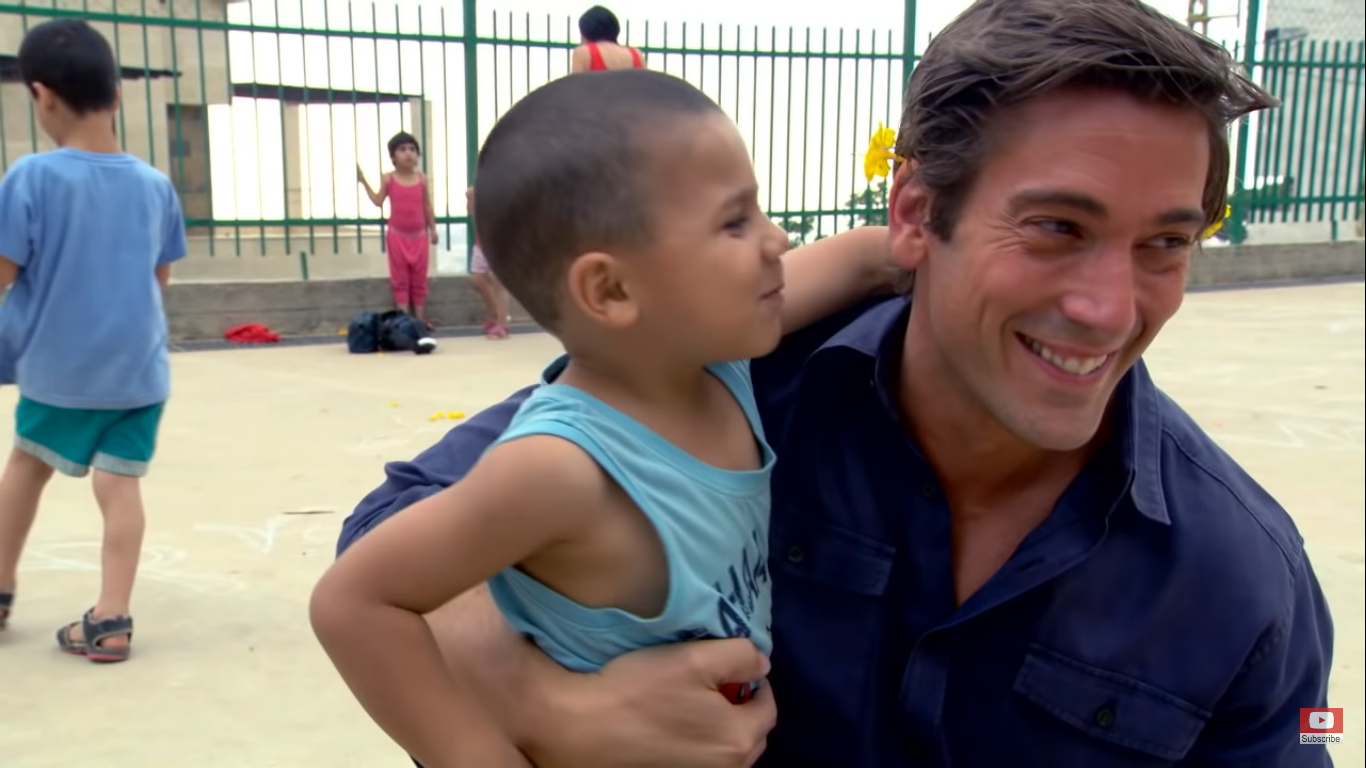 Following his time with WCVB, David Muir joined ABC News in 2003. He started his journey with ABC as the anchor of ‘World News Now,’ an overnight news program. He also became the anchor of an early morning news broadcasting program. One of Muir’s notable feats is his reports from inside the New Orleans Superdome in 2005 when Hurricane Katrina hit. He and his photographer walked through chest-deep waters to report on the deteriorating circumstances and find any individuals trapped inside the Convention Center and Charity Hospital. 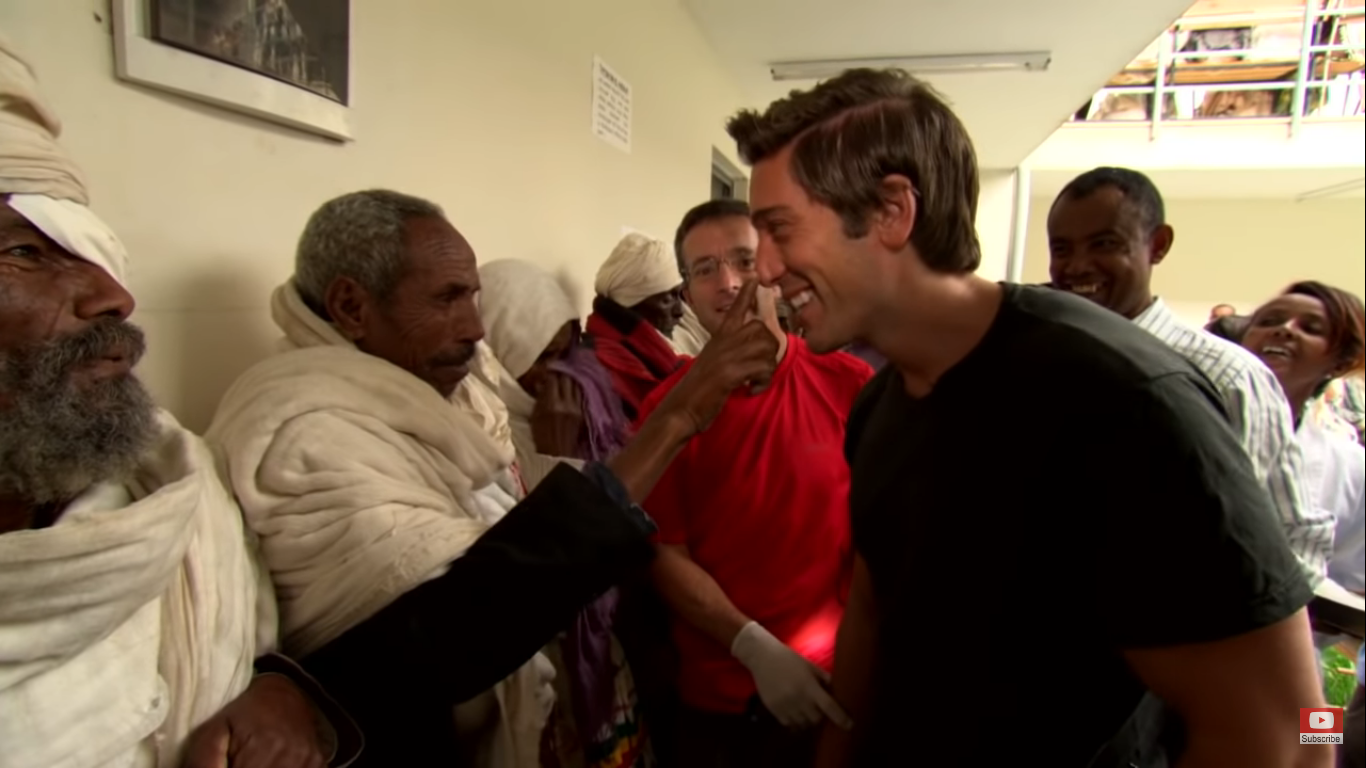 Over the years, he took over anchoring for several other newscasts on the network. In 2013, he was promoted to the position of co-anchor with Elizabeth Vargas for ABC’s ‘20/20.’ The following year, ABC News announced Muir as the successor to Diane Sawyer as the anchor and managing editor of ‘ABC World News.’ Muir’s 2016 year-long report on the heroin crisis in America brought him a CINE Golden Eagle Award.

What is David Muir’s Net Worth?

With a long-standing, successful, and gleaming career as a television anchor and managing editor, David Muir’s net worth is close to $20 million.