Can we really understand the people we know? To what extent are our lives shaped by other people’s choices? These are the questions at the center of ‘Behind Her Eyes,’ a gripping thriller series filled with mystery and characters who have dark secrets. The answers to these questions are unraveled in a heady twist that is difficult to predict.

The series has multiple layers, which peels off slowly across its six episodes, bringing out the truths behind the troubled relationships of the lead characters. We think we know what is going on, but everything changes course once a supernatural element is introduced in the ending. The fantasy element is based on the veracity of a psychological exposition, which is genuinely surprising. If you are wondering about the authenticity of the narrative, you have come to the right place. (Possible spoilers ahead).

Is Behind Her Eyes Based on a True Story?

No, ‘Behind Her Eyes’ is not based on a true story. The relationship and the characters’ subplots reflect stark social and mental problems, but it doesn’t follow real happenings. In fact, the series is based on the eponymous novel written by best-selling author Sarah Pinborough. She is a British author who has published over 20 books ranging from adult thrillers to fantasy novels. ‘Behind Her Eyes’ traverses across different genres as it unfolds as a mystery with elements of a thriller. 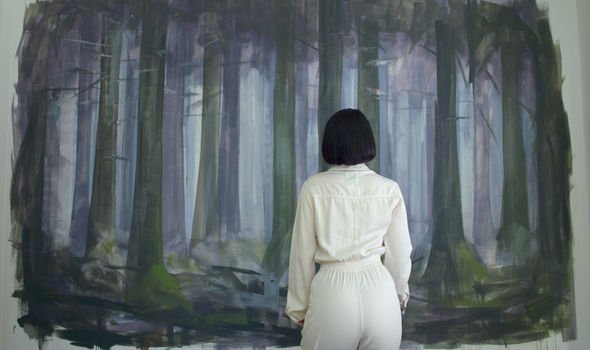 In the end, the big reveal is based on astral projection and lucid dreaming: exercises that have been confined to the occult and esoteric circles for the most part. The novel was released in 2017 and was purported to have one of the most shocking endings of a literary work. Even though its theme is a fairly common excursion into a relationship drama, the conclusion makes it stand apart in the thriller genre.

Lucid dreaming is an exercise that exists in the psychological domain of science. It enables us to take control of our dreams, a concept that has been discussed by eminent psychologists like Sigmund Freud and Carl Jung. As the narrative moves further, it deals with astral projection- a phenomenon that enables a human to project consciousness outside the body. Astral projection has been practiced across esoteric circles, which had gained prominence during the Victorian period. There are multiple cinematic depictions of this aspect in films like ‘Insidious’ and the MCU offering, ‘Doctor Strange.’

‘Behind Her Eyes’ works across these lines and saves this aspect for the big twist in the end. The series also explores the problems that ensue from a relationship where there is a lack of trust between the spouses. Despite feeling that we know about people close to us, there is always a chance of a surprise revelation. Moreover, the nightmarish dream sequences are a visualization of grief entailing from a broken relationship. Drug-related issues also take center stage in the series, which is a plaguing concern in our society.

There are many elements in ‘Behind Her Eyes’ that concur with real-life problems, but it is Pinborough’s meticulously crafted narrative that makes the series an intriguing watch. At the adept hands of Steve Lightfoot (‘The Punisher,’ ‘Hannibal’) and Angela LaManna, the book was adapted into a mini-series. Lightfoot followed the narrative of the book and kept its plot twist intact. Even though ‘Behind Her Eyes’ is not based on a true story, it visualizes some abstract concepts that have been studied and practiced for a long time.