Jackie Christie is best known for being a cast member of VH1’s ‘Basketball Wives’ and its spin-off ‘Basketball Wives: Los Angeles.’ Both shows revolve around women who are currently in or have formerly been in relationships with professional basketball players. Jackie is married to former NBA player Doug Christie, which is how she got cast on the show. The couple has two children together, a daughter Chantel and a son Douglas Jr. Jackie also has a daughter, Takari, from her previous relationship. Her fans are well aware of the strained relationship Jackie shares with her eldest daughter.

It’s interesting to note that Jackie is often deemed by audiences to be one of the more controversial cast members owing to her tendency of being outspoken. There were also rumors that alleged Christie would leave the show after being involved in a physical altercation with a co-star. Despite all the trouble brewing from the show, Jackie and her husband have evidently not compromised their relationship. The two renew their vows every anniversary of their wedding.

Delving into her background, Jackie Christie was born in 1969 and is originally from Seattle, Washington, but she has lived in California for most of her adult life. Though not much is known about her early life and education, we do know that Jackie is going back to school, as per an Instagram post in 2020. Apart from appearing on reality television and spending time with her family, Jackie is an author and an entrepreneur. She has managed to make a substantial net worth on her own. If you are curious to find out the details, we might be of some help.

How Did Jackie Christie Make Her Money?

Jackie Christie is no stranger to the entertainment industry or the camera. Before making it big on the silver screen through ‘Basketball Wives,’ Christie was a model and a fashion designer. As a fashion designer, she has designed clothes for the players on her husband’s former team, Toronto Raptors, and their wives. She also began modeling when she was very young, which further fueled her interest in fashion. 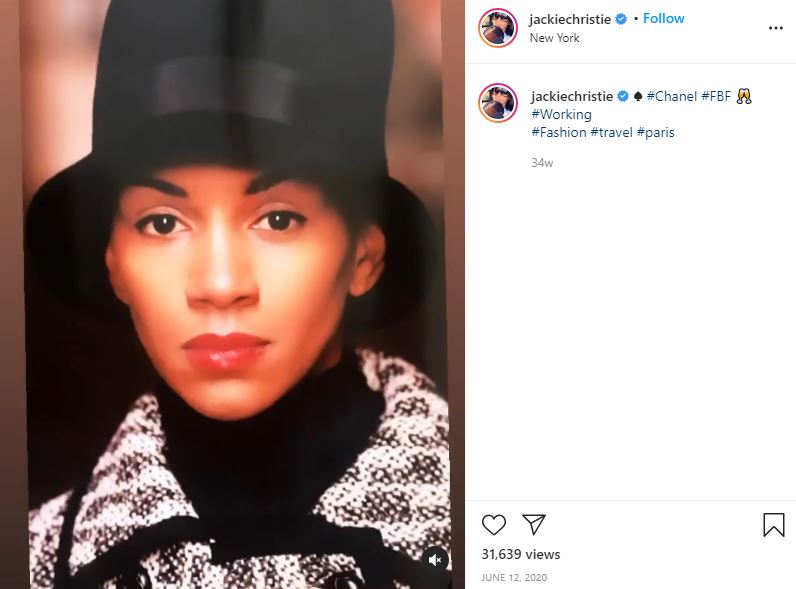 Jackie’s showbiz career is comprised of several acting credits in movies such as ‘Deceitful,’ ‘Lucky Girl,’ and ‘Professor Mack,’ among others. She has also executive-produced ‘Professor Mack,’ ‘Lucky Girl,’ ‘Going Black,’ and ‘Committed: The Christies.’ The last one is a show revolving around Jackie and her marriage. Besides her success in the entertainment world, Jackie Christie was the founder and CEO of Jean Rah Fya Records, a now-defunct record label. She has also run her own entertainment company called BSM Media. 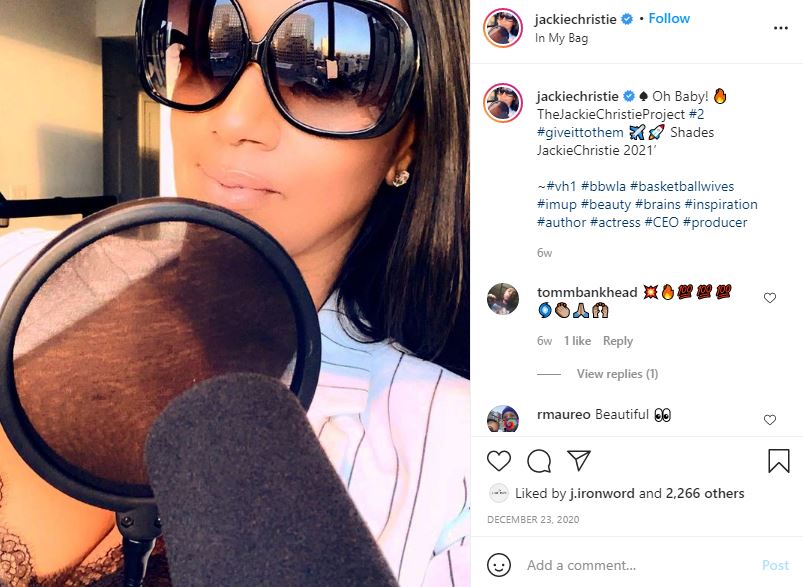 Jackie is quite the philanthropist and is associated with several charity organizations, as listed on her official website. At one time, Jackie and Doug co-owned a publishing company called Infinite Love Publishing. Having ventured into the publishing business, Jackie indulged in writing herself and has authored six self-help/motivational books so far. She also has her own podcast titled ‘The Jackie Christie Project.’

Taking into consideration, the reality star’s earnings from the show, along with her business ventures and endorsements, Jackie Christie’s net worth is estimated to be around $10 million as of 2021.

Read More: What is Shaunie O’Neal’s Net Worth?