When hip hop began to rule the world of music lovers, the enthusiasts also developed an interest in all those who were composing and performing it. VH1 introduced ‘Love & Hip Hop: Atlanta’ to chronicle several artists’ personal and professional lives, and the spin-off focused on the ones based in Atlanta. The reality series frequently features prominent personalities associated with Southern hip hop.

Darryl Kevin Richardson, aka Lil Scrappy, is a rapper and record producer who turned into a household name after featuring in the original cast lineup for its debut season. The fan-favorite TV star used to be a supporting member until season 9, after which he was promoted to the main cast. His dedicated fanbase has been curious to know more about his personal life and here is everything we found out about it!

Just when the viewers began to know Lil Scrappy on ‘Love & Hip Hop: Atlanta’ (LHHATL), he convincingly led them to believe that his ex-girlfriend, Diamond, had forsaken him at his time of need. She never appeared on the show but openly confessed to ‘The Breakfast Club’ about his violent side, alleging that he was “mentally abusive, physically abusive” and even suggested him to get “some help.”

However, just as his fans began to get hooked to his story, Scrappy moved on to dating Erica Dixon and the first two seasons exhibited their bumpy ride. This included a brief engagement between the former couple and a stint in rehab for marijuana addiction. The Atlanta rapper began his on-again, off-again relationship with the fashion icon and businesswoman in the early 2000s. 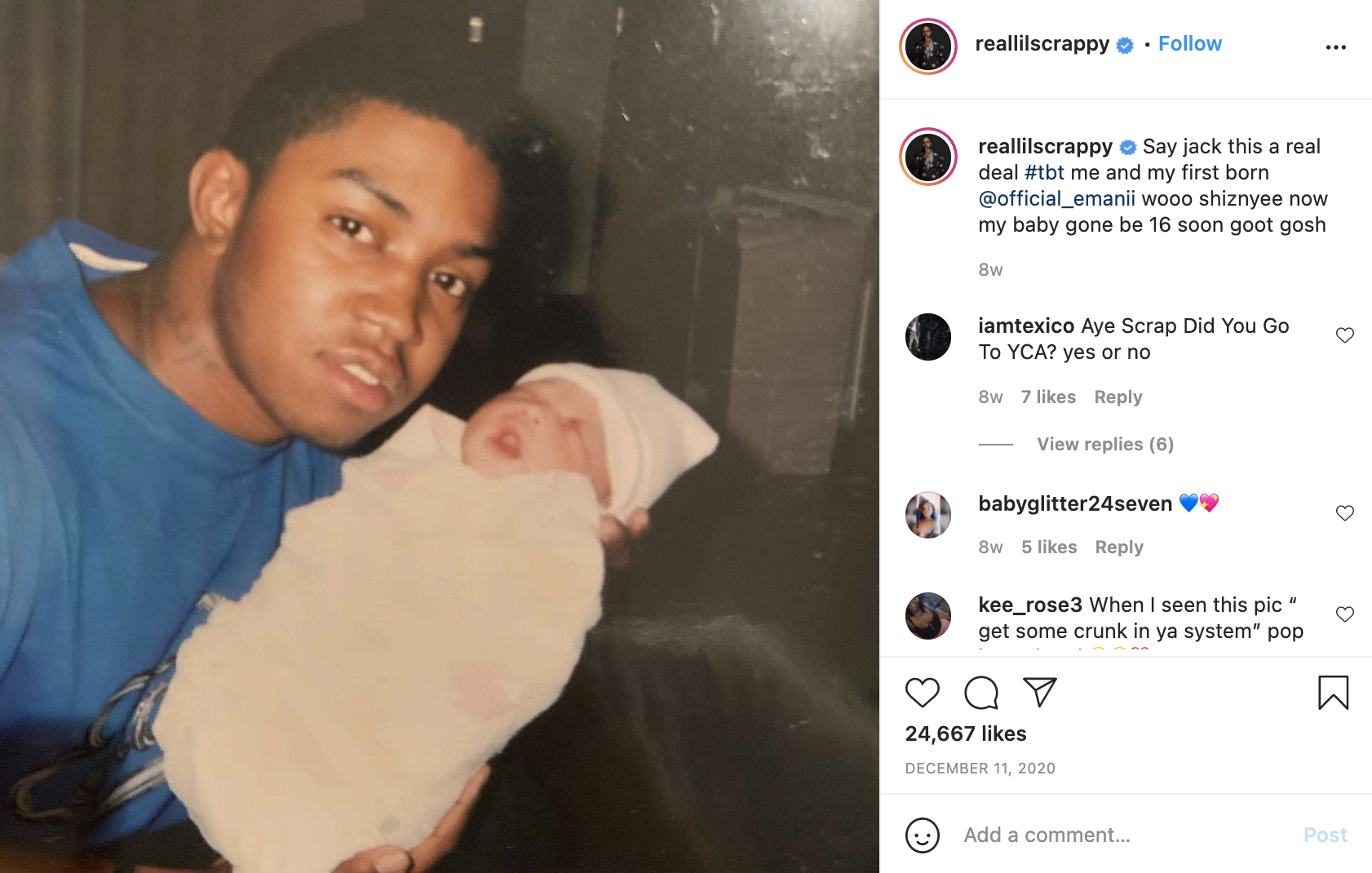 Dixon and Scrappy welcomed their daughter, Emani Richardson, but she made the tough choice to call off the engagement as it was clearly a forced proposal. The baby-mommy never regretted her decision and the two have since been amicably co-parenting their baby-girl. By the time the third season’s filming began, Scrappy started dating Bambi Benson, who eventually became his wife, so more on that later!

It took the rapper some time before he realized that she was the one for him, but he dated a few others until then. He began to look at Erica Pinkett as his confidant and then had flings with Betty Idol and Jessica Dime by season five of LHHATL. But naturally, none of these turned into anything serious as he kept hopping back to Ms. Benson!

Lil Scrappy and his gorgeous wife, Adiz “Bambi” Benson, crossed paths at a club around 2010 and instantly felt connected. But they started off as friends before getting romantically involved with each other. But even after they started dating, the rapper had several lessons to learn about commitment and loyalty. 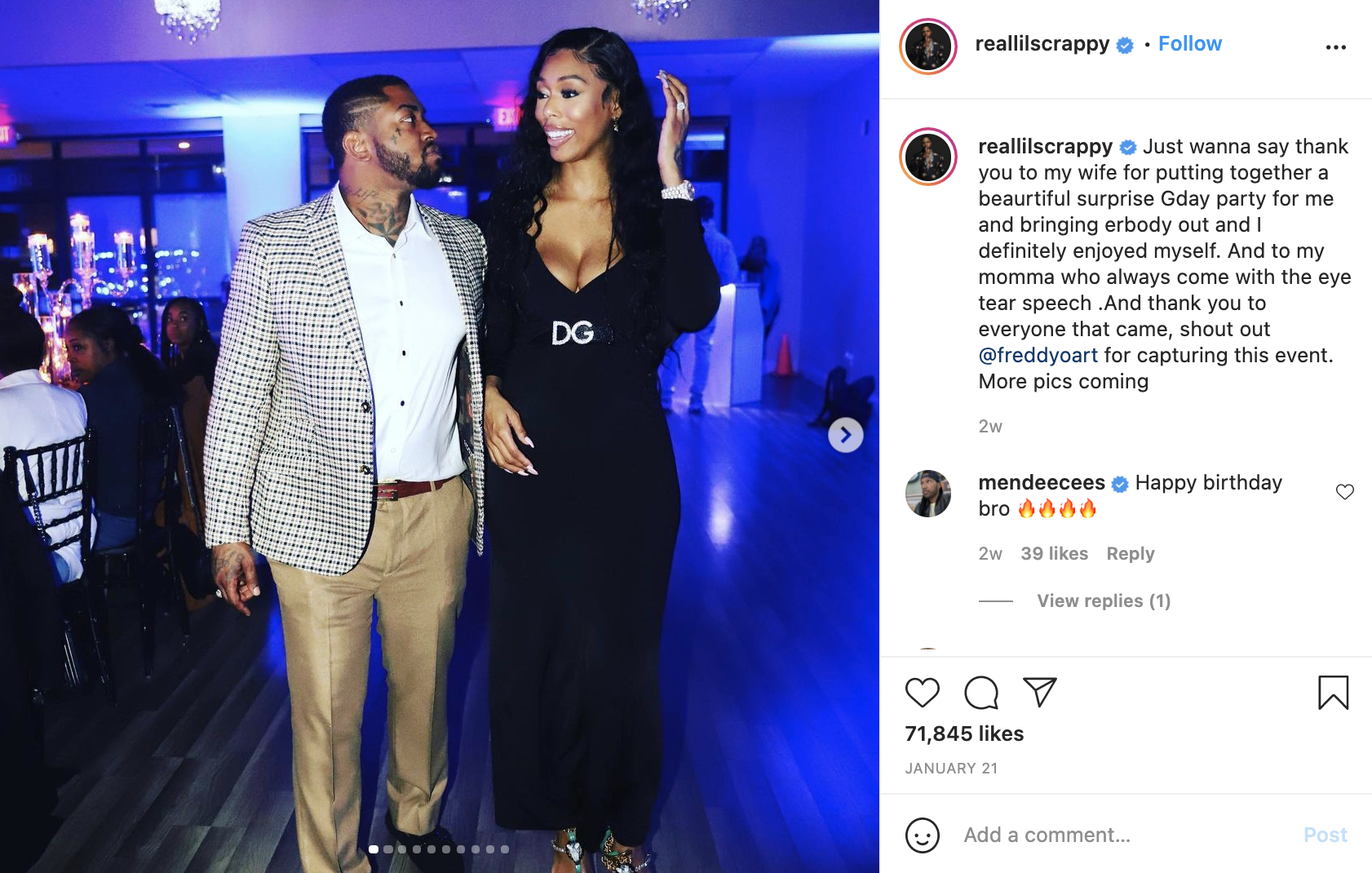 He popped the question during season 5 of ‘LHHATL,’ after which they reportedly called it quits in May 2017 as he left her high and dry just as difficulties arose in their relationship. Shortly after, Scrappy realized that he had made a huge mistake in letting the love of his life go and thus began #operationfindthebam on his social media accounts. 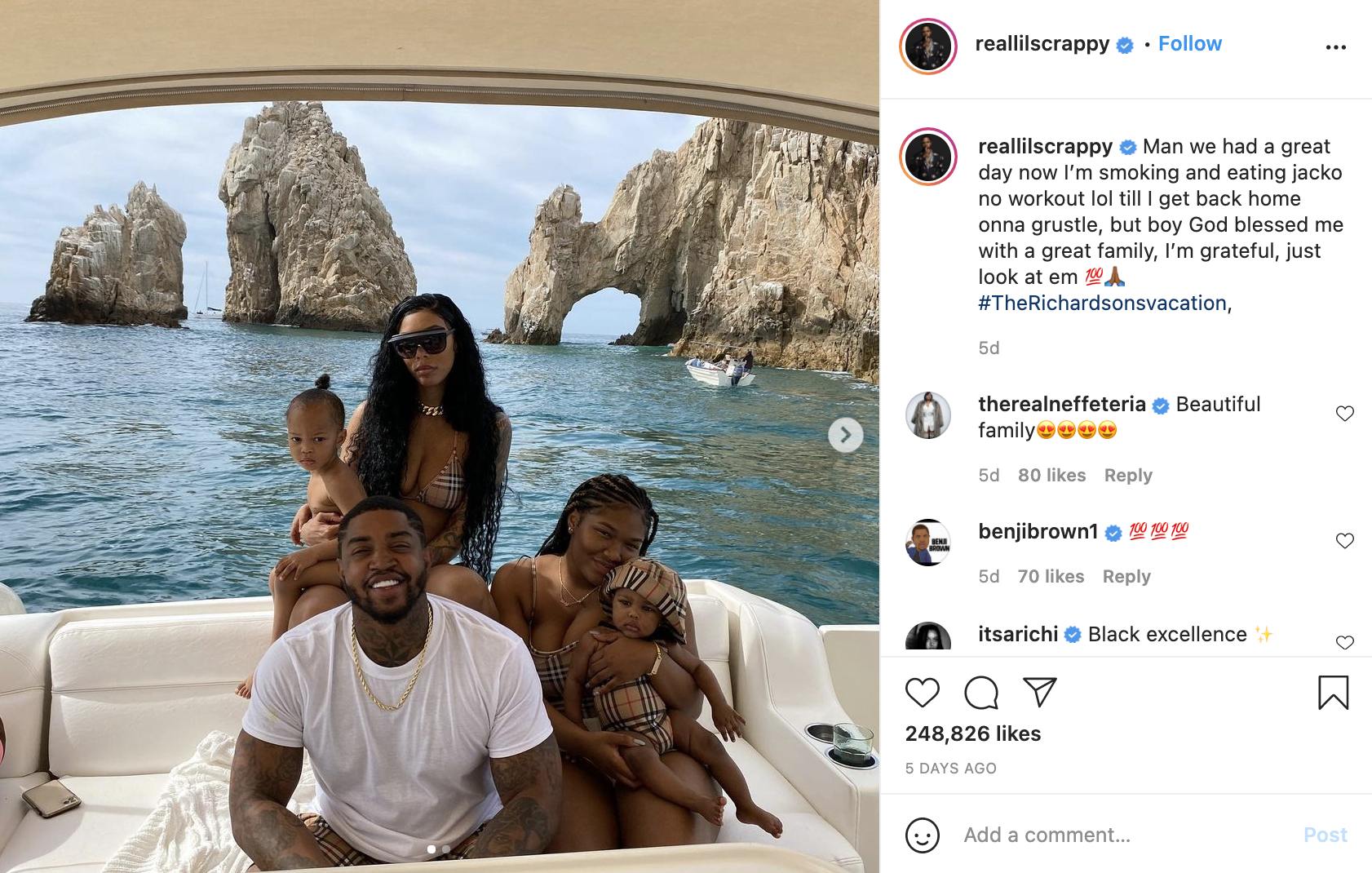 Through the hashtag, Scrappy explained to their fans how dearly he missed Bambi and how desperately he needed her back in his life. He adorably stepped up to accept his flaws and promised to fix them, and she, too, forgave him after months of wholehearted efforts. The couple faced a handful of problems even after that but managed to come out of them stronger than ever. Scrappy and Bambi shared their wedding vows on September 8, 2017, and welcomed their son, Breland Richardson, on September 21, 2018, and their daughter, Xylo, in September 2020.