Helmed by Michèle Ohayon, Netflix’s ‘Strip Down, Rise Up’ is a compelling documentary film on women empowerment that navigates the scope of pole dancing beyond the art form’s sensual appeal, focusing instead on how it can be used as a medium to heal. Here, we see women of all ages, hailing from diverse backgrounds, and having different builds come together to reclaim their femininity through moving their bodies in the way it demands, craves, and needs. And one such woman is Megan Halicek, who came intending to release her trauma and accept herself but left with much more.

Originally from Ohio, Megan Halicek is a former gymnast whose life turned upside down at the age of 15 because of the infamous former Michigan State and USA Gymnastics doctor Larry Nassar. Having been obsessed with the sport of gymnastics from a young age, Megan had dreams to represent her country in the Olympics one day. Unfortunately, though, because of how hard she pushed herself, she ended up developing not one, not two, but three stress fractures in her back, leading to inadequate performances as well as an incredible amount of pain. 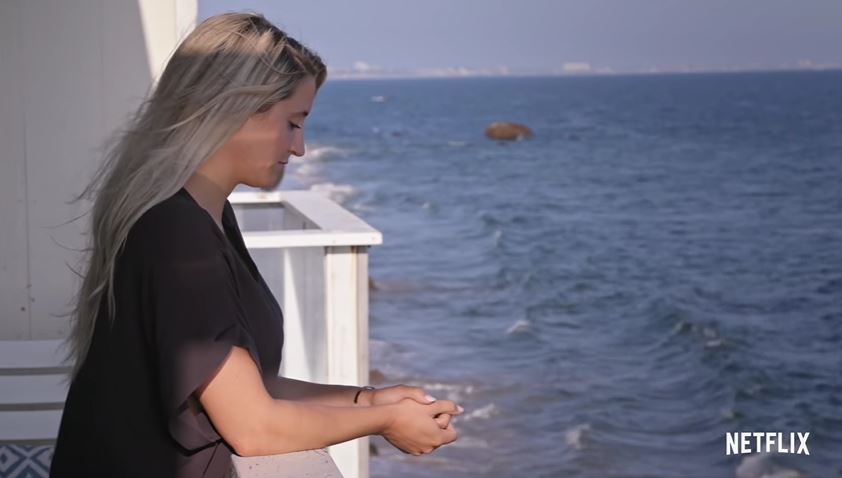 As a club team competitor through level 9, Megan saw many doctors to get better, which is how she eventually arrived at Larry Nassar’s doorstep. He was the one who identified her issue and started treatment right away. But while one hand was working on her back, Megan says that Larry’s other hand was aggressively touching her most private parts – all the while her mother was in the same room. Following this injury and incident, Megan quit the sport for good, turning to medication and talking with other survivors to deal with the physical and sexual trauma.

Where Is Megan Halicek Now?

Megan Halicek saw Larry Nassar for about a year, as per a few reports. So, when he eventually went to court for his heinous actions, Megan was one of the 150 women who stepped up to give a victim impact statement. “I trusted him but he turned out to be a monster,” she said in court, describing how he gave her a disoriented sense of safety by having her mother be in the room. “Again and again and again,” she added, “he abused me, all the while telling me stories about his Olympic journey.” 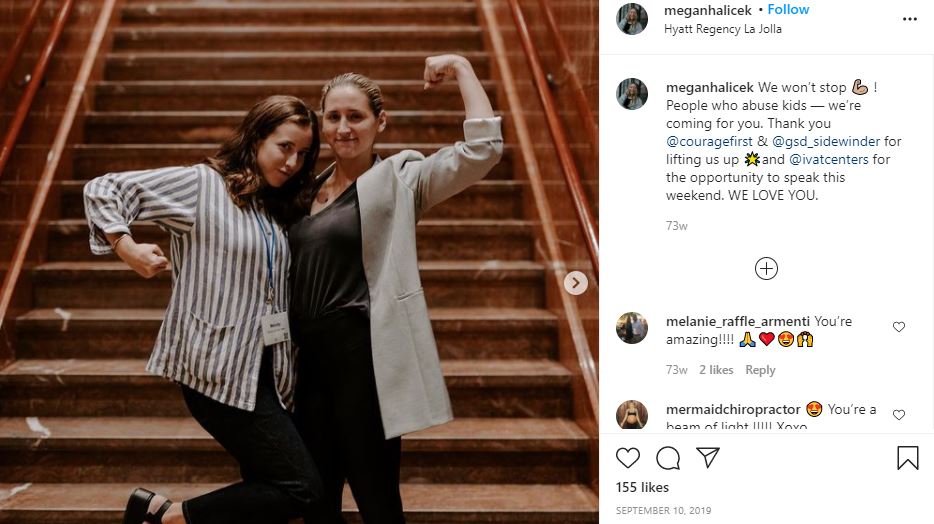 “I closed my eyes tight, I held my breath, and I wanted to puke,” she recalled. “To this day, those feelings are still there.” It was to get over that internalized shame, rage, and trauma that Megan turned to pole dancing and found a release like no other. Therefore, now, based in Los Angeles, California, Megan is happily working as the Program Director at The Foundation for Global Sports Development. Along with that, she is also an advocate, speaking up against sexual assaults on every platform possible.

The 30-year-old Drexel University graduate and co-recipient of the 2018 ESPY Arthur Ashe Courage Award recently spoke to POPSUGAR about her experiences with pole dancing and sexuality in general. “I think women spend a lot of time demonizing other women’s confidence or sexuality when we really should be demonizing the patriarchal standards that made us hate ourselves in the first place,” she said. “I don’t need to be seen as ‘good’ or ‘appropriate.’ I need to be free, and I am free.”

Read More: Where Is Jenn From S Factor Now?