Created by David Pastor, Àlex Pastor, David Troncoso, ‘The Head’ is a Spanish-origin, English-language mystery series that follows a small horde of climate change scientists from different countries. The team must work together in the Polaris VI international polar station in Antarctica during the dark, six-month Antarctic winter to keep the base operational. Things start going haywire when the base loses all communications with the outside world.

The diverse cast includes notable names such as Alexandre Willaume, Tomohisa Yamashita, John Lynch, and Katharine O’Donnelly. It also marks the English-language debut of ‘Money Heist’ star Álvaro Morte. The story pivots on the Polaris VI and the harsh circumstances surrounding the base. Therefore, locations for the filming of the show are crucial in furthering the narrative. In case you were wondering about the places where the series was shot, we have the answers for you.

A majority of the shooting took place in Tenerife, Spain. Locations in Iceland were also used for filming the show. Here are the details of these places.

The studio in charge of the show, Mediapro, particularly preferred Tenerife, the largest of Spain’s Canary Islands, to film ‘The Head.’ The production crew built a scale model of the research base Polaris VI, the epicenter of all that goes down in the series, in a 2,000 square-meter former Mercedes warehouse on a Tenerife hilltop. A major portion of the show was also shot at Santa Cruz de Tenerife, the capital city of Tenerife. 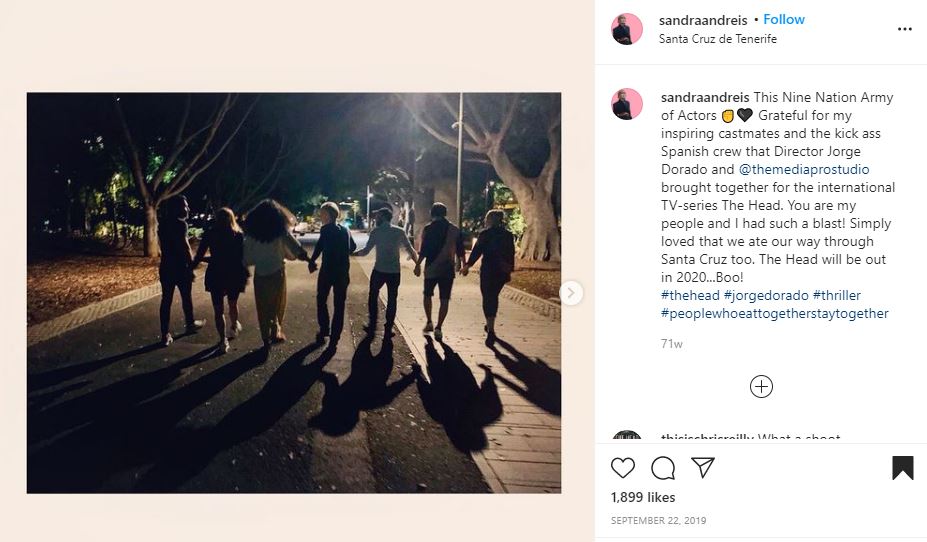 The Tenerife Auditorium, the old Tenerife tobacco factory, and some real halls and rooms of a float oil hotel at an oil rig were also used to represent the old Antarctic base.

Here’s a behind the scenes picture shared by Katharine O’Donnelly, who plays Maggie Mitchell, while filming for the mystery series at an oil rig!

Some of the exterior scenes from outside the base in the show were shot in Hraunfossar, Iceland. Hraunfossar specifically refers to a series of waterfalls formed out of several 900 meters rivulets that stream out of Hallmundarhraun, a lava field flowing from an eruption of one of the volcanoes lying under the glacier Langjökull. The crew was also found filming certain scenes near the glacier, according to Alexandre Willaume’s Instagram post. 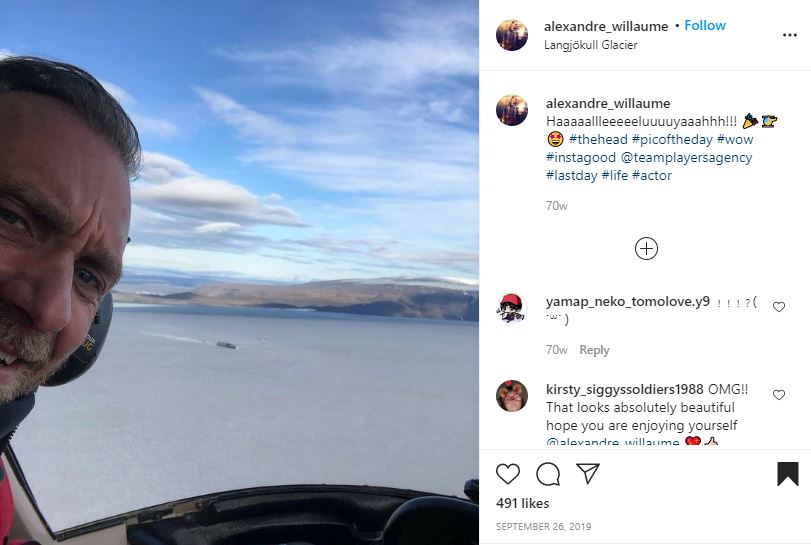 Katharine O’Donnelly also shared a picture on her Instagram profile, describing how the cast and crew got to experience the beauty of Aurora Borealis, as the production film wrapped up the filming of the show. The magical and dreamy natural phenomenon is popularly known as the Northern Lights. 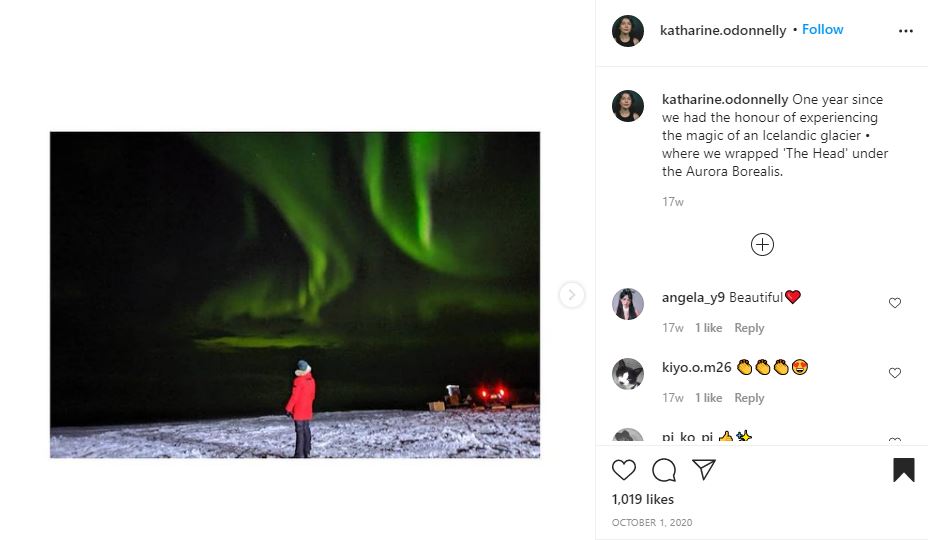 Is The Head Based On A True Story?

No, ‘The Head’ is not based on a true story. The show follows the style of any good Agatha Christie thriller and is purely fictional. However, audiences might be able to connect with the story on a different aspect. The year 2020 was defined by the Coronavirus pandemic and the quarantine rules that came with it. With people isolated within the boundaries of their homes, frustrations and despair became recurring demons in almost every household.

Similarly, ‘The Head’ revolves around a tale of madness that ensues once the research base is entirely cut-off from the external world. The base is subjected to vandalism as dead bodies turn up now and then. There also fugitives who prop up at certain points, all adding up to the tension building among the team members, who have the company on only each other. 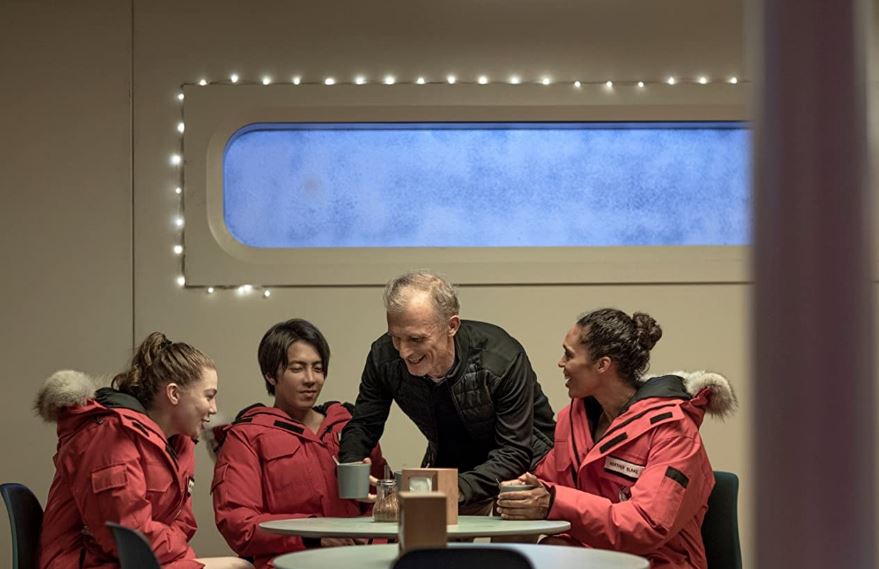 Scientific research has long supported the fact that relationships are vital for the well-being and survival of human beings who are essentially social creatures. To this end, there are severe risks associated with loneliness and isolation, including depression, anxiety, and an increase in violent tendencies and self-destructive notions. ‘The Head’ explores most of these effects through six hour-long episodes and a somewhat murky and twisted plot.

Moreover, the show does not fail to incorporate the change in relationship dynamics that can happen when the parties involved in those dynamics are left in each other’s company for too long. Research conducted in lieu of the pandemic has concluded how quarantine measures can severely disrupt the normal flow of domestic life and amplify the struggles within relationships. Therefore, despite not being based on a true story, ‘The Head’ hits close to home, especially for those who have experienced isolation from the outside world.