Hannah Berner’s popularity does not just come from her appearance on Bravo’s ‘Summer House.’ She is also a witty and established comedian who adds an element of humor to the show. She sports a fearless and honest attitude. She is an advocate for “mental health, napping, and fart jokes.” The Brooklyn, New York native, was born in 1991. Her present family comprises her father Dan Berner, her mother, Lenore DiLeo-Berner, her brother, Dan, her grandfather, Jerry Berner, and her maternal grandmother Vera DiLeo of Middle Island.

Hannah obtained her high school diploma at The Beacon School, from where she passed out in 2009. She then attained a Bachelor of Arts degree in Communication Arts Rhetoric and Certificate in Gender and Women’s Studies from the University of Wisconsin, Madison. In an interview, Hannah said she has spent several summers of her life since childhood in Shelter Island. During her vacations there, she relaxes and plays tennis and golf. She said she is like, “a retired old man in a 27-year-old body!” She also golfs with her grandfather and his friends.

As for her other social connections, Hannah was a part of the same circle as her ‘Summer House’ co-mates Lindsay and Carl, which led to her being cast in the show. Now Hannah has a flourishing career besides being a TV personality, which contributes to her earnings. Here we have details of how Hannah Berner made all her wealth.

How Did Hannah Berner Make Her Money?

Before divulging into the world of comedy and reality TV, Hannah played competitive Tennis professionally and for the University of Wisconsin. She was also an On-Air Reporter and Post-Production Intern for the Athletics department at the university. She was then appointed as Reporter and Social Media Manager at KDHamptoms.com, where she worked for more than a year till 2014.

When they do the onion volcano at the hibachi place @PaigeDeSorbo #summerhouse @BravoTV pic.twitter.com/mb5P4hqQog

Hannah has had some video editing experience and is known for her contribution in Eye Candy (2015) and Sleepwalk with Me (2012). She has also worked as Digital Marketing Executive, Digital Marketing Manager, and Video Production Assistant before working with Betches Media as their Creative Video Producer. According to IMDB, she has appeared in ‘Betches Up.’ After making videos for the media company for two years, Hannah began her own podcast called ‘Berning In Hell.’ In the podcast, she encourages her guests to talk about their personal struggles with insecurities and mental health issues. She also has another podcast with her best friend, Paige DeSorbo, called ‘Giggly Squad.’ 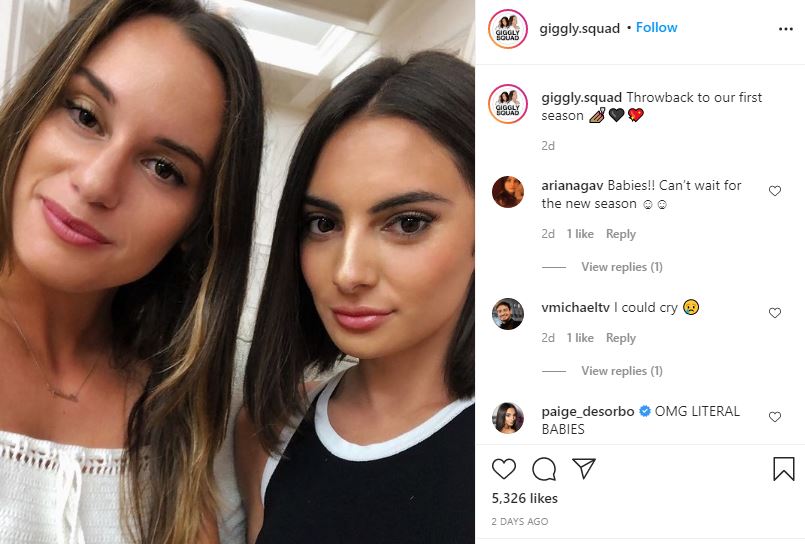 Hannah is well-known on the stand-up comedy stage. She is often seeing doing stand-up comedy shows across the country in notable places like LA, Texas, Washington DC, and more. She sells tickets to these shows on her official website, which also has an online store selling official merchandise. Hannah has a significant social media presence. With 60.6K followers on her Twitter and 455K followers on her Instagram, she often posts funny videos and clips, some of which have gone viral. Her Fan Club on Cameo is where fans can put in requests at $90 each and chat with Hannah for $9.99.

What is Hannah Berner’s Net Worth?