Peyton List is one of the very few people who somehow realize their true passion at a young age. Beginning her career as a child model, she went on to become the face of American Girl’s 2009 Back to School issue at the age of 11. She made her acting debut in Anne Fletcher’s rom-com ‘27 Dresses’ and quickly rose to prominence after portraying Emma Ross on the Disney Channel series ‘Jessie.’ The character became such a fan-favorite that it got reprised in the spinoff series ‘Bunk’d.’ The award-winning actress and model has amassed a dedicated fanbase in her name after impeccable performances in ‘Remember Me,’ ‘The Thinning,’ ‘The Swap,’ ‘Light as a Feather,’ to name a few. Since appearing in a recurring capacity as Tory Nichols in ‘Cobra Kai,’ Peyton has remained in the spotlight for a couple of years now. Her ever-increasing popularity intrigued us to know more about her personal life and here is everything we found out! 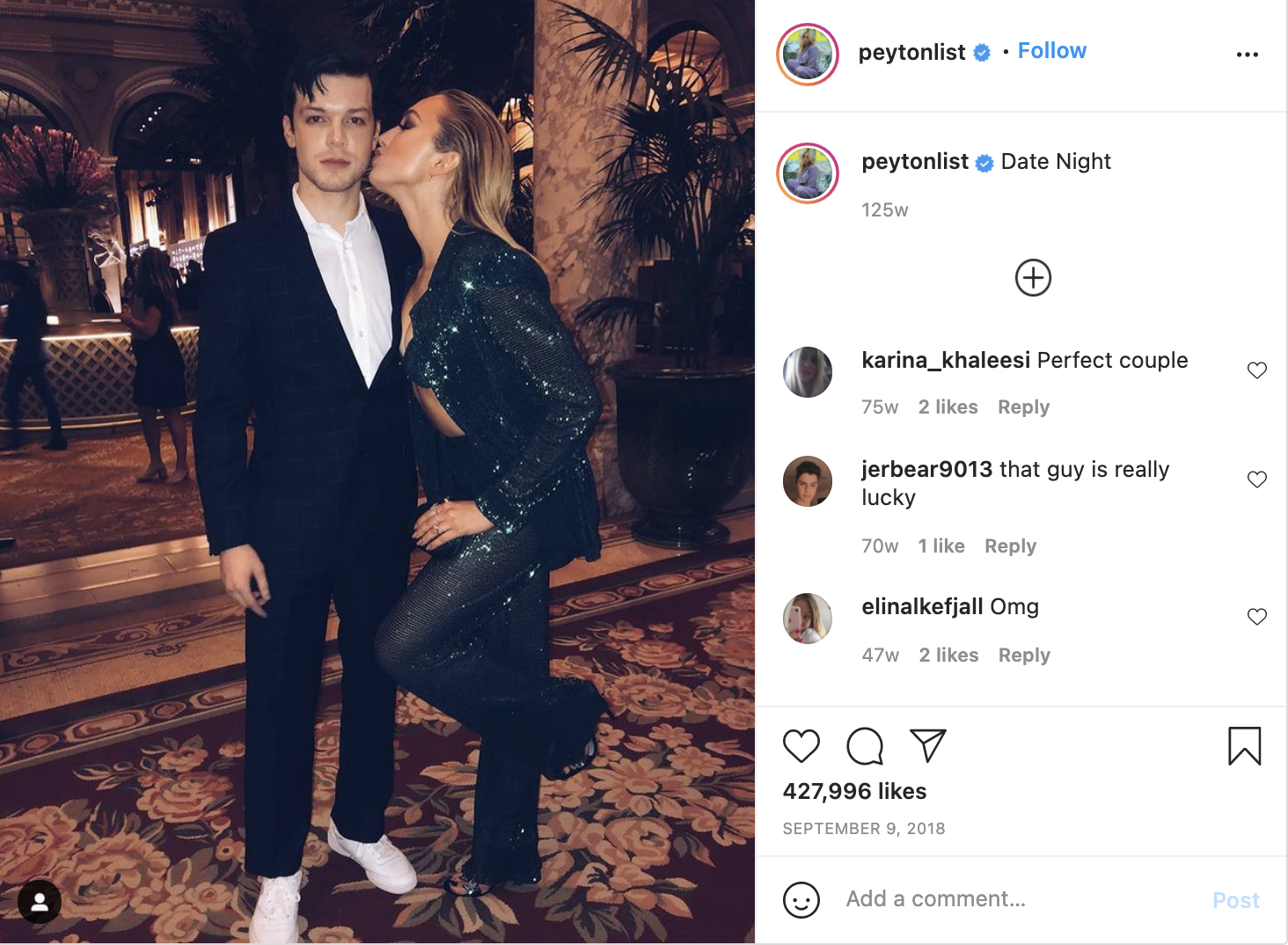 Peyton List started dating the ‘Shameless’ fame, Cameron Monaghan, in 2017. They crossed paths while filming for ‘Anthem of a Teenage Prophet,’ a small budget movie majorly shot within a hotel. The confined space shared by the cast and crew gave them all a chance to get to know each other better. Over the course of a few weeks, Peyton and Cameron formed a strong bond and thus, kick-started their relationship. Every time she sat down for interviews, she could hardly restrain herself from gushing about his “understanding” nature and how it perfectly aligned with her inclination to prioritize work. 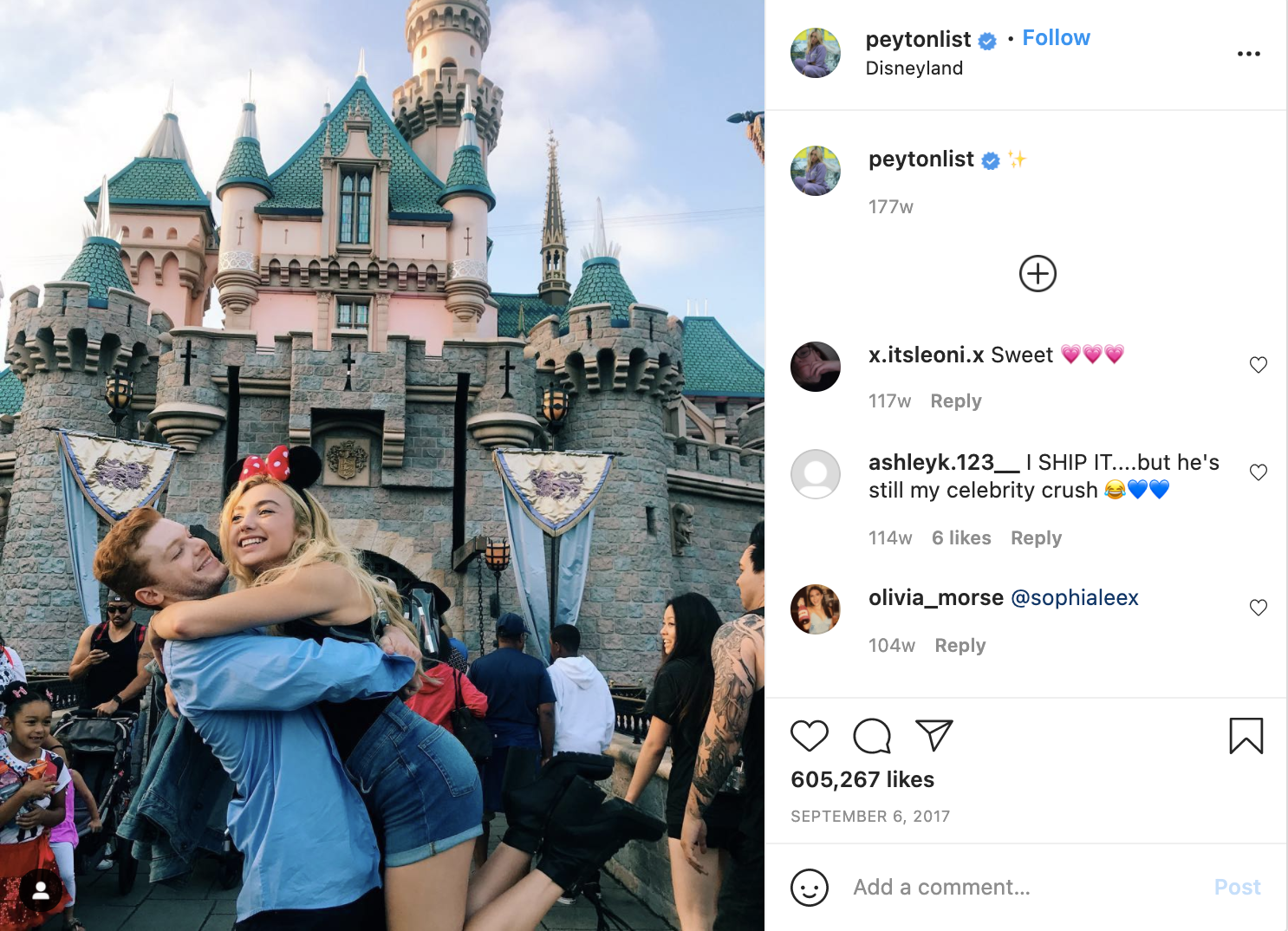 Shockingly, Peyton and Cameron discreetly called it quits over the holidays of 2019 but kept the break-up amicable. This is evident from the fact that the former couple appeared for the premiere of their indie drama film hardly a week before the news about their having parted ways came to the forefront. Various news websites also report that in January 2019, the ‘Gotham’ fame tweeted a now-deleted video and entailed a heart-warming message for his ex-girlfriend, “Hey @PeytonList, figured now was as good a time as any to post this. The video was taken on the set of Anthem about two days after we had started dating. I was obviously smitten. Thanks for sharing nearly two amazing years together. Love you and wish you the best.” This also marked as an official announcement of their breakup.

Peyton List is one of those celebrities who frequently make headlines but only for their professional choices. After her much-publicized breakup with Cameron Monaghan, she has become completely tight-lipped about her dating life. The talented actress gracefully accepts her former boyfriend as a significant part of her past that she does not wish to wipe off like most of her contemporaries. She looks up to her parents for setting the right example of being adorably “in love, best friends, and each other’s biggest supporters.” Coming from stable family background, Peyton knows what she is looking for in her partner and has chosen to remain single for now instead of settling for someone just for the sake of it. Either that or she has managed to brush the details of her romantic relationship under the carpet.

Read More: Is Jacob Bertrand Dating Anyone? Who is His Girlfriend?