Kyle Cooke is one of the prominent cast members of Bravo TV’s widely popular television series ‘Summer House.’ The show follows a group of friends as they spend their time in a shared summer house in Montauk, New York. Besides being an actor for the television, Kyle is also a business owner and has significant experience in sales.

Kyle Cooke was born in 1982 to his parents in Baltimore, Maryland. He also has a sibling, Cary Cooke. After graduating high school, Kyle pursued a Bachelor of Arts Degree in Political Science and Architecture from Trinity College, Hartford. He graduated in 2006 and enrolled in Babson College’s Franklin W. Olin Graduate School of Business. Here, he received an MBA degree in Entrepreneurship. He started dating his current fiancée, Amanda Batula, in 2015. Since then, the couple hasn’t had a smooth relationship, with them briefly taking a break in 2017. But they got engaged in 2018 and announced they would be married in 2020. However, due to the pandemic, their marriage plans have been put on hold. 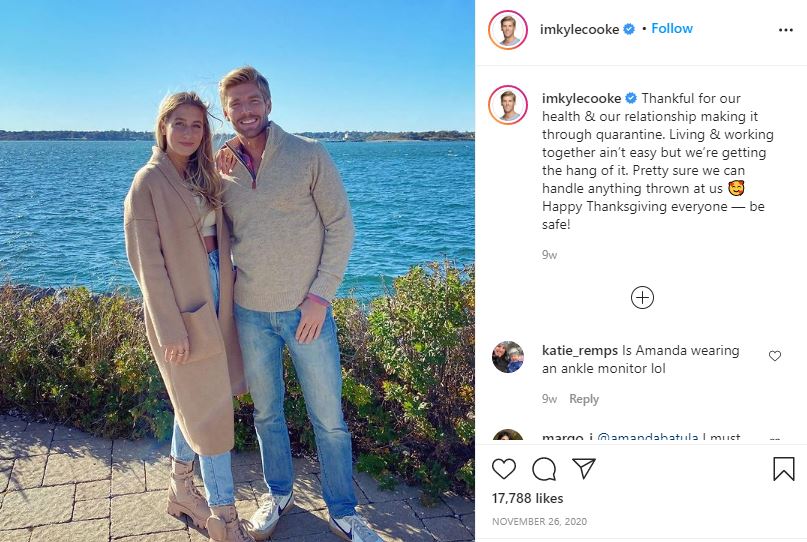 Kyle’s entrepreneurial ventures keep him working in Manhattan. If you were wondering how the ‘Summer House’ star made his money, we have the answers for you.

How Did Kyle Cooke Make His Money?

Kyle Cooke has been showcasing his skills and expertise in the world of business and sales from the very beginning of his career. He started as the owner of a franchise-based contracting business with over 150 professional painters called University Painters, where he set a rookie sales record. Next, he worked as a Sales Representative at Cigna. Here too, he set a rookie pipeline record while managing the Northern New England territory and selling group employee benefits.

He became the Vice President of Sales for Park Place Equity, LLC in 2007 and retained that position till 2009. Thereafter, he was appointed as a Consultant at Saber Seven Inc. and a Consultant at another company called Rand Worldwide.

In 2011, Kyle founded Nightjockey, Inc., which was a company for creating the management solution for the restaurant and nightlife industry. The company was acquired in 2012 by Seratonin, Lmt, a Dublin-based technology company. Kyle became the Director of Enterprise Sales at ZocDoc in 2013, leading enterprise sales and aiding the company’s expansion plans for the Midwest. After leaving this job, he founded Blownaway in 2014, described on his LinkedIn page as “Uber for beauty.” 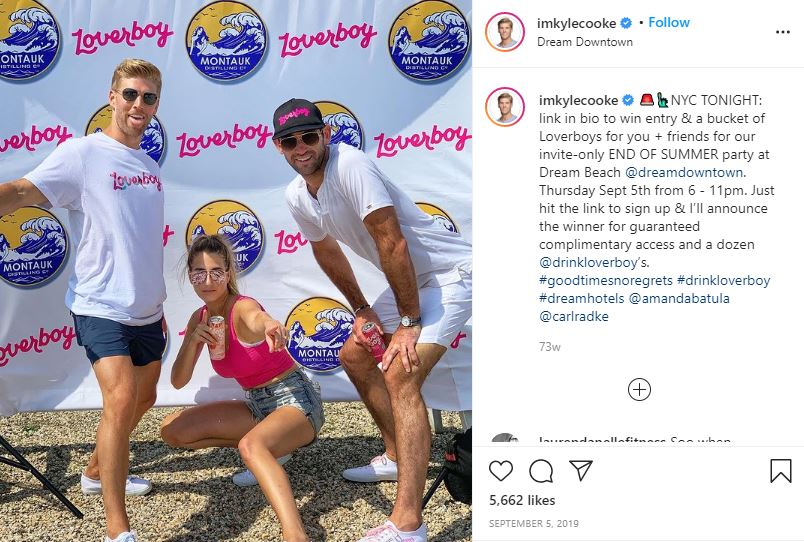 Kyle also worked for Birddogs for more than four years. In 2016, Kyle founded an invite-only app called FENIX, which can pair app-users with a suitable nutrition coach for personalized tips, motivation, and accountability daily. Kyle went on to found his most significant enterprise in 2018, Loverboy, Inc. The company’s official LinkedIn profile has the following description in its overview: “Loverboy is an alternative alcohol lifestyle company based in New York City.” Loverboy and FENIX are Kyle’s primary businesses at the moment. 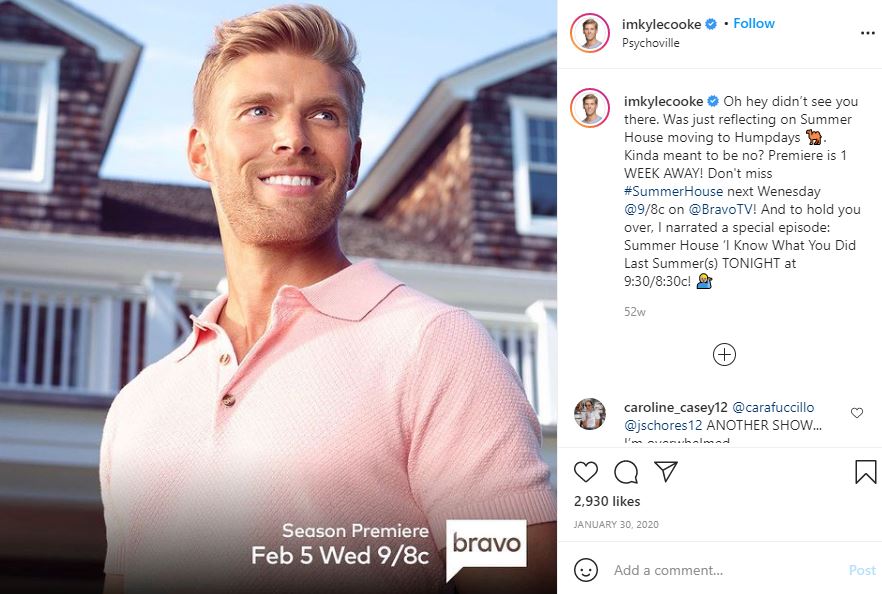 Besides his massively successful career as an entrepreneur, Kyle has starred in several TV features besides ‘Summer House,’ including the 2013 short sci-fi drama ‘Across Dystopia,’ and in ‘Access Hollywood.’

What is Kyle Cooke’s Net Worth?

With Loverboy’s success and his recurring presence in ‘Summer House,’ Kyle Cooke’s net worth as of February 2021 is estimated to be around $1.1 million.