More famous by his alias The Kid Mero, Joel Martinez is a Dominican-American writer, comedian, TV personality, voice actor, YouTube personality, and music blogger. Starting from reviewing albums and mixtapes for Vice’s music platform, Noisey, he went on to become a world record holder for kazoo solo in September 2014. The feat did not gain him much popularity and he became a household name only after teaming up with his best friend, Desus Nice, for Complex TV’s 46-episode podcast ‘Desus vs. Mero.’ There was no looking back for the Bronx-based comedic duo since they transitioned their ingenious idea into television series. They appeared on season 5 of MTV’s ‘Guy Code’ before co-hosting Viceland’s late-night talk-show ‘Desus & Mero,’ which has now been taken over by Showtime as it has nothing less than a cult-like fan-following. With so much to his credit, Mero’s professional life must not have been easy but it has surely been interesting. We got curious to know more about his personal life and here is everything we found out!

Had Mero Martinez’s father and uncle had their way, he would have been named “Romiro,” but his mother vetoed and officially called him Joel. By the time the Washington Heights-born reached his teenage, he had begun to tag himself with the improvised “Romero,” holding a particular dislike for the I’s. To not get caught by the police officers, he then clipped it to just “Mero.” Hailing from an Afro-Latino background, his parents are Dominican immigrants who moved the Martinez family to the Bronx, New York City, when their son was still young. Mero grew up with his sister and relocated to various other neighborhoods like Throggs Neck, Kingsbridge, Mount Eden, and Belmont. Fluent in Spanish, he was mainly brought up in Tremont. 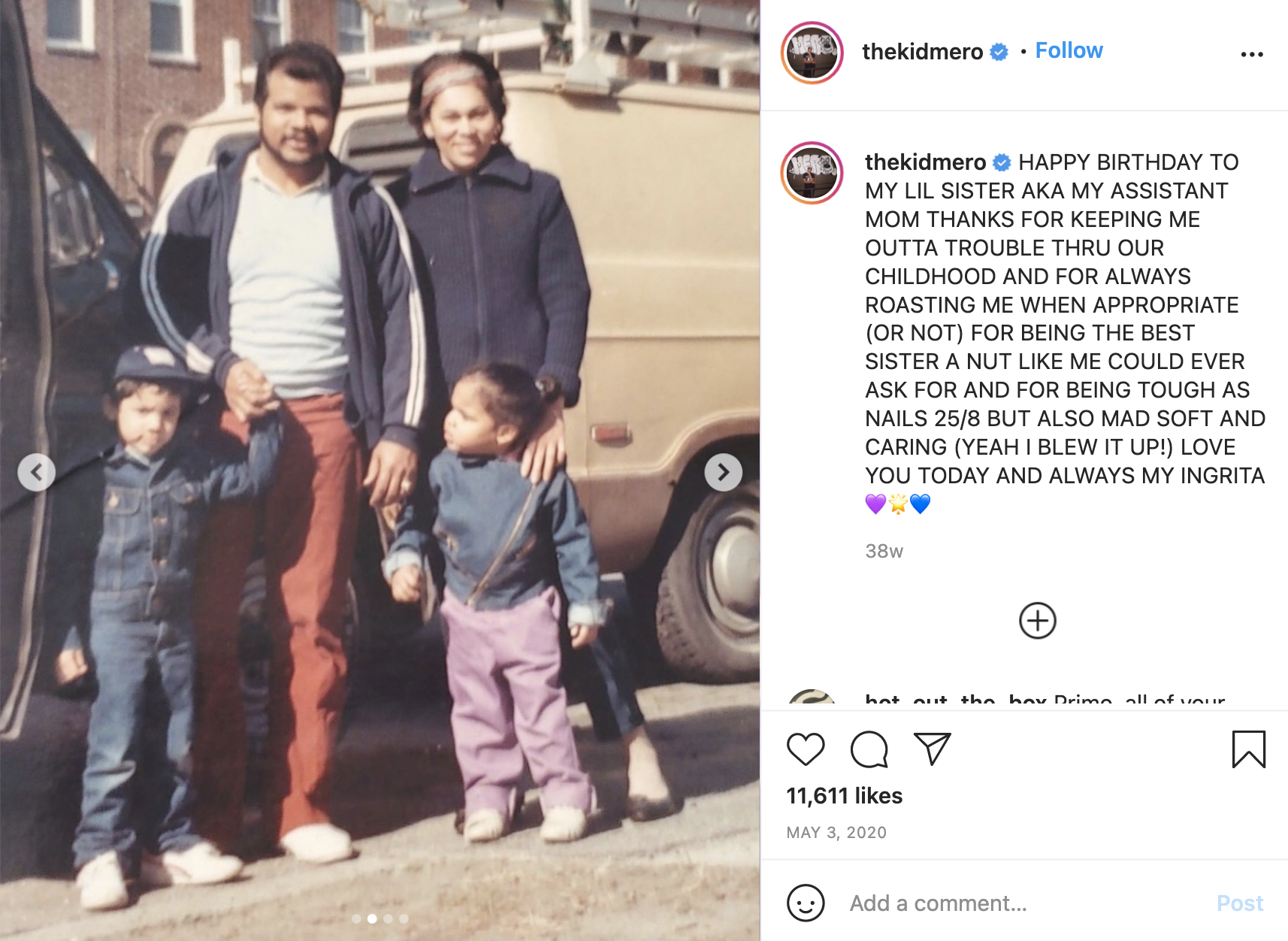 Mero knew since a young age that comedy was his strong point but did not wish to pursue it professionally. He graduated from DeWitt Clinton High School before furthering his education from Bronx Community College. Up until 2014, he worked as a junior-high-school teacher at the NYC Department of Education. Following his original plan to be a science teacher, he had simultaneously enrolled himself at Hunter College but clearly, Destiny had set out a different life for him.

The Kid Mero’s Wife and Children 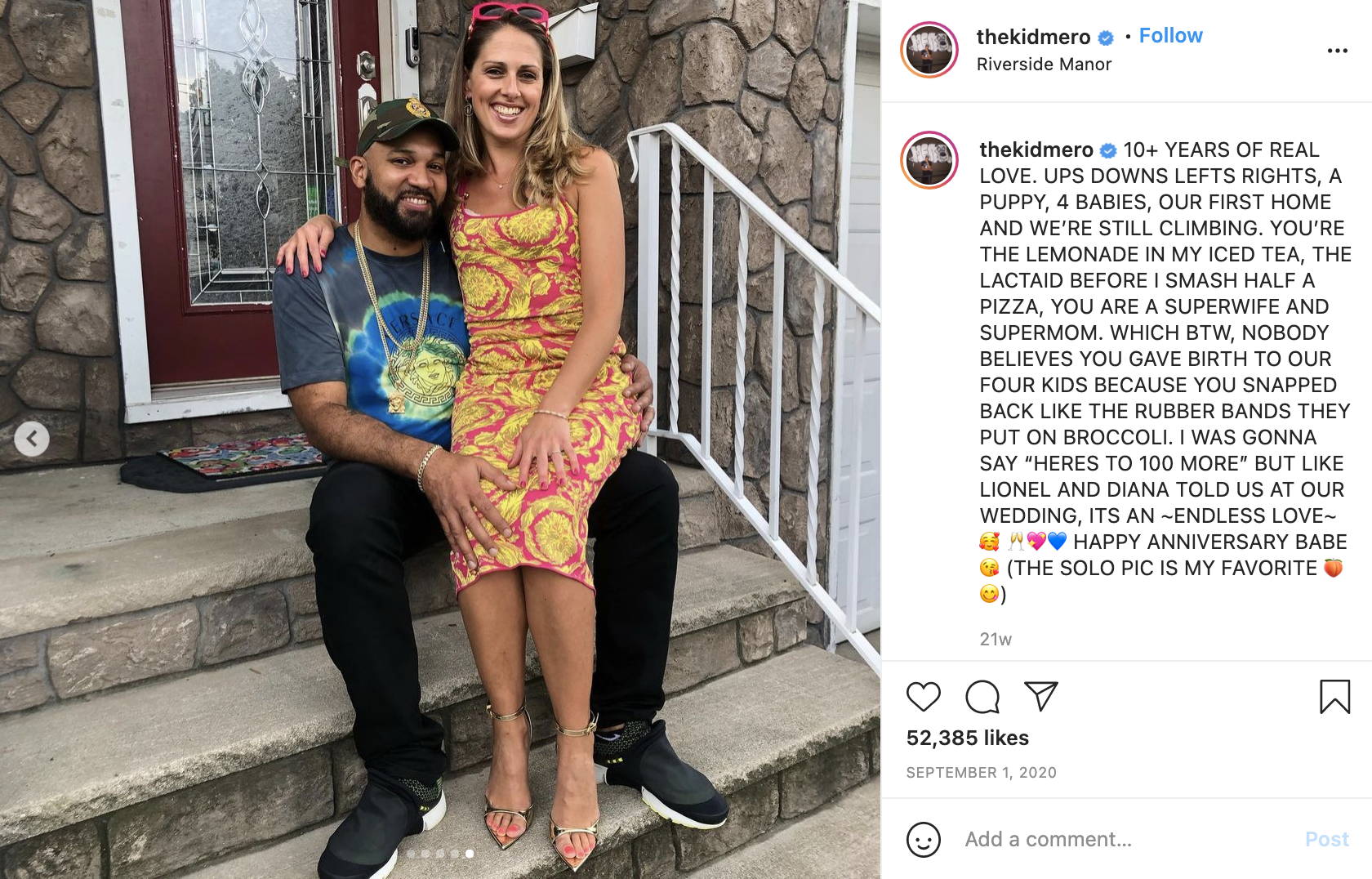 The Kid Mero has been happily committed to his now-wife, Heather, for more than a decade. He and his Jewish partner share four adorable children, three sons and a daughter. He mushily calls his baby girl, who is hardly 2 years of age, “ZUZI AKA THE BODEGA PRINCESS AKA MY LIL FLOWER.” Undoubtedly, his kids play the most significant role in his life. In spite of frequently sharing adorable pictures of his family, the comedian chooses to remain mum about its details. This includes not revealing their real names and addressing his first boy as “MERO JR” and the following ones as “MERO II and III.” His oldest son is 10 years old and has already taken to reading and playing soccer. Mero’s middle sons, 8 and 6, also show a keen interest in playing sports. 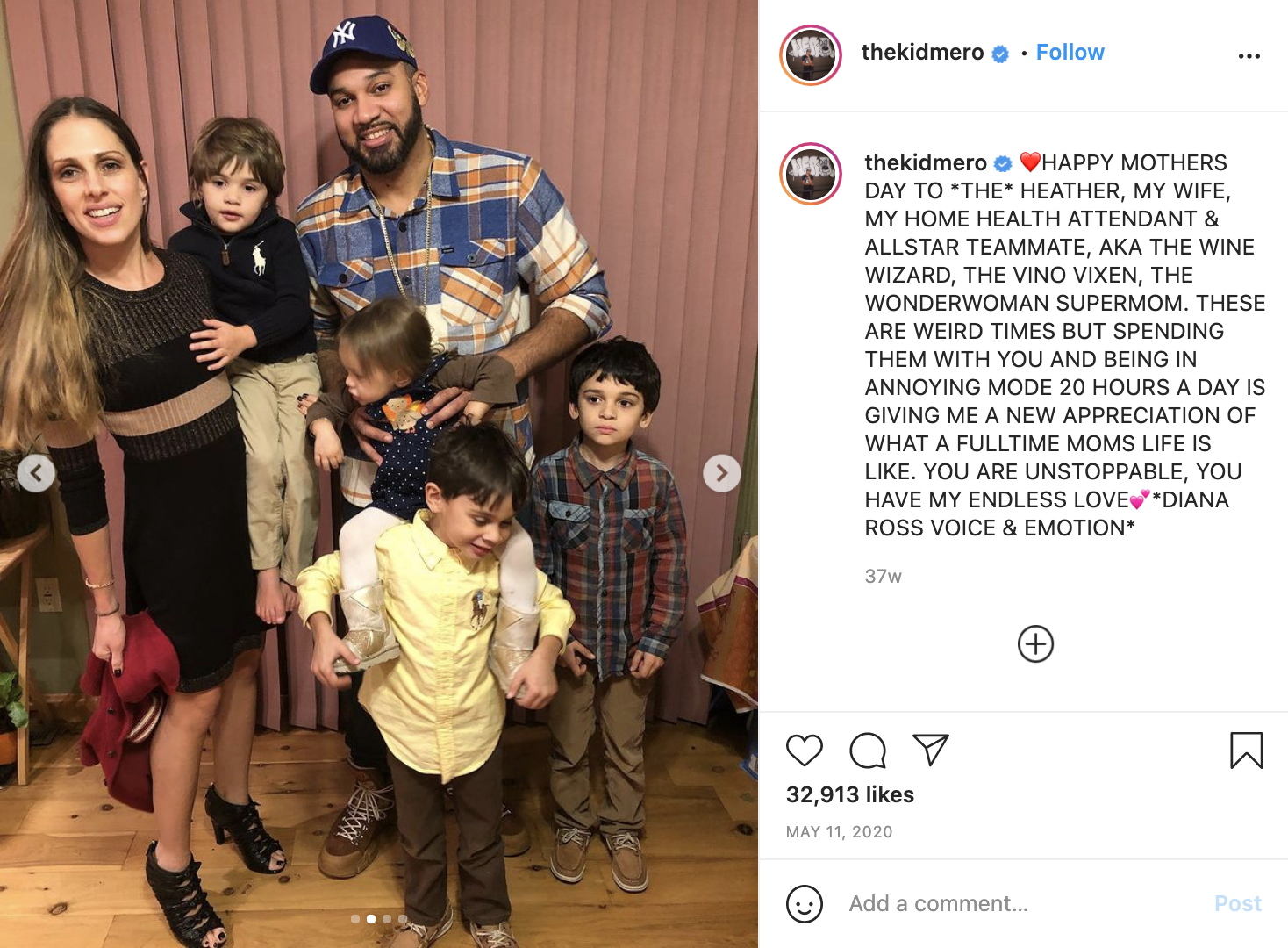 Mero spent the quarantine quite differently than his friend, Desus Nice, as he had a full house throughout. Currently living at Heather’s home in Bergen County, the comic interestingly revealed that he left the Bronx after following Fat Joe’s always-sound advice. According to the rapper, at whatever point in life, the NYC borough resident earned sufficient money, he is supposed to move to New Jersey, which he did!