CBS’  ’48 Hours: Storm of Suspicion’ investigated the mysterious disappearance of Crystal McDowell in 2017. She had been murdered by her former husband, who had then discarded her body in a wooded area. Crystal and her former husband Steve had two children, son Madden, and daughter Maui. We were curious to know what happened to the children after their mother’s murder and their father’s conviction. Here’s what we unraveled.

Who Are Crystal McDowell’s Kids?

At the time of Crystal’s death in 2017, her children Madden and Maui were 8 and 5 years old respectively. On the day of the murder, the children were present in the house. Crystal had gone over to Steve McDowell‘s residence to pick up her kids, who were living with him then. The couple had shared custody of the kids. The police believed that the children did not see their mother’s body. The Department of Family and Protective Services preemptively removes the children from the home before their father confessed to the crime and his arrest thereafter. According to an officer, there had been a history of Steve possibly putting the children in danger by threatening to harm them.

My pride and joy! pic.twitter.com/ayCXl8T8BH

The children temporarily remained with their aunt, who also lived in the area. Maui later testified at Steve’s trial through a video. In the video, she said that she was in the bathroom and she saw her parents arguing on the day Crystal died. She detailed the argument she had heard wherein Steve had expressed resentment about Crystal being with another man and had pushed her on the bed. Maui added that she had seen Steve hit Crystal as well. At one point, Maui said she even saw Steve strangle her mother, and he looked up and saw Maui. Crystal had then tried to say, “Help,” but Maui “couldn’t hear her. She looked at me sadly.” Steve warned Maui to go to her room and not tell anyone, not even her brother, what she had seen.

Where Are Crystal McDowell’s Kids Now? 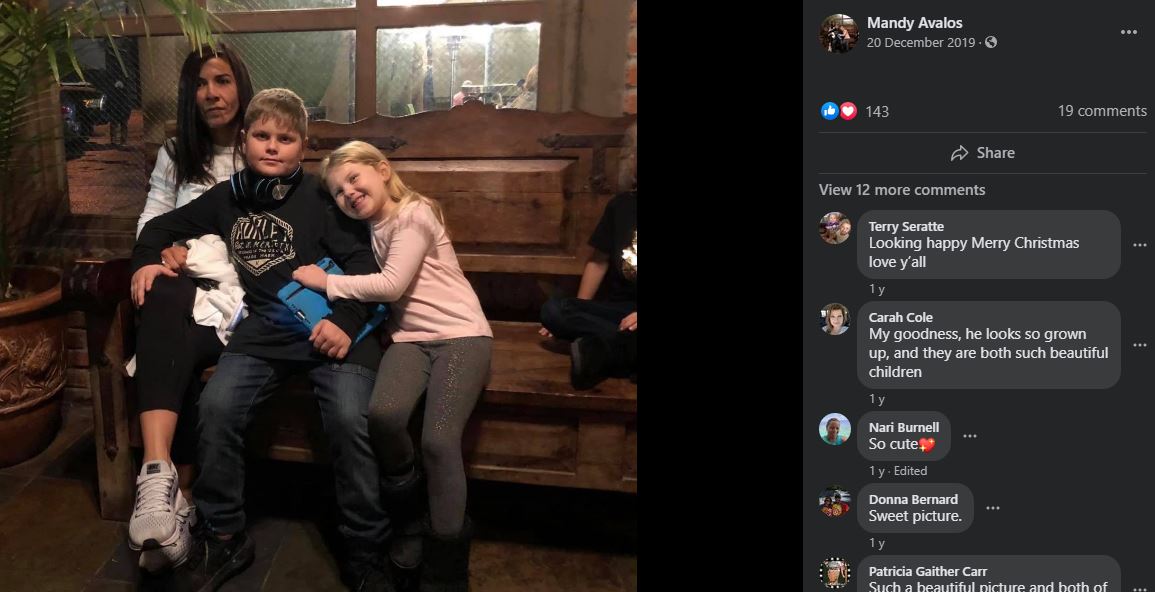 After Crystal’s death, the community poured in their support for her two kids. A Facebook page dedicated to Crystal posted about various funds and promotions organized for the children. A local restaurant called Cakes by Retta started a promotion with the permission of Crystal’s Aunt. They announced the sale of an item called Crystal Special, the proceedings of which would be donated to create a fund for the children’s college tuition. The promotion ran for the entire month of October in 2017. The children’s family also held an online fundraiser to help Madden and Maui.

In 2019 the children were living with their mother’s high school girlfriend, Mandy Avalos. She said, “I am going to adopt them as soon as I can get the paperwork signed. It’s almost like they have always been mine. Crystal always referred to them as ‘our babies.’ ” As of January 2021, the kids still seem to be living with Mandy. They even celebrated 2020 Christmas together. From Mandy’s Facebook profile, it is evident that she has genuinely taken up the children’s responsibility. She often takes them on fun trips and sometimes also visits places with them that she and Crystal had once visited. Reports say that the children are staying with her in Las Vegas, Nevada.