An engaging ride into the human mind’s psychological haunts, ‘Shutter Island’ is an enigmatic story with an elaborate plot twist. Based on Dennis Lehane’s eponymous novel, ‘Shutter Island’ tells the story of Andrew Laeddis, a mental patient at the Ashecliffe Hospital for the criminally insane. Laeddis has created an elaborate character by the name of Edward Daniels, a US Marshal who is supposedly investigating the disappearance of Rachel Solando in the institution. He believes that his wife and children are murdered by Andrew Laeddis, who burns down his house. Stemming from a great trauma, Andrew’s fantasy has created a dissociated identity that perhaps can become a conduit to let out his guilt. Sensing an opportunity, Doctor Cawley (Ben Kingsley) decides to stage an elaborate event where Andrew can live through Edward Daniels’ character. In the end, many questions are answered, the most important one being the death of his wife. So how does Teddy’s wife die in the film? Did he kill her? Here’s what we think.

How Did Teddy’s Wife Die in Shutter Island?

Edward ‘Teddy’ Daniels believes that he is investigating the disappearance of Rachel Solando in the hospital. In a conversation with Chuck, he says that his wife and children were burnt to death in an apartment fire. An arsonist, Andrew Laeddis, allegedly started the fire. Throughout the film, dream sequences show Teddy embracing his wife, who is slowly reduced to ashes. Fire becomes an important element in the dream sequence, which indicates Teddy’s story about his wife’s death. He reveals to Chuck that his ulterior motive is to find Andrew Laeddis apparently living on the island. We are made to believe that Teddy’s wife had indeed died because of the fire. 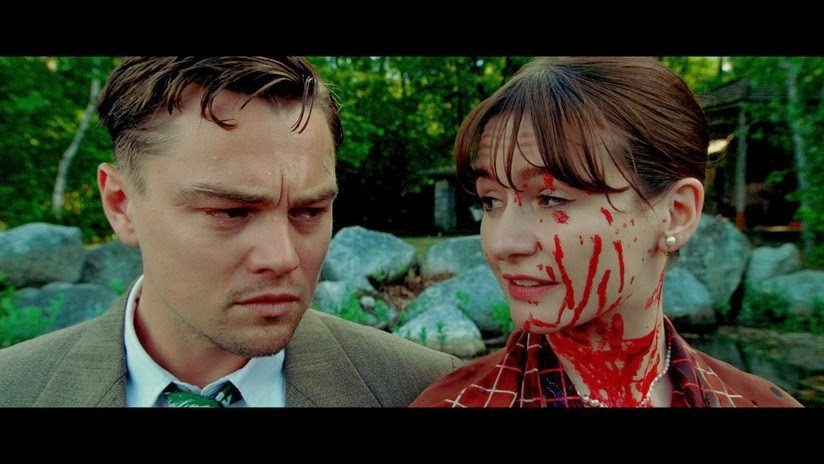 Teddy finds a psychiatrist hiding in a sea-cave, who identifies herself as Rachel Solando. She tells Teddy that the hospital conducts unethical researches on patients to develop mind-control techniques. As Teddy climbs through the lighthouse (the purported place of the experiments), he confronts Doctor Cawley. Cawley reveals a scary truth to Teddy. Teddy is, in fact, Andrew Laeddis, a war veteran who turns to alcoholism to manage his stress. Andrew’s wife, Dolores, was a patient of depression, and his own problems take a heavy toll on her. Dolores, out of her manic state, murders her children by drowning them. When Andrew finds about this situation, he kills his wife, thereby euthanizing her. Unable to bear the trauma, Andrew withdraws into himself and creates an elaborate conspiracy to dissociate his guilt and transfer it onto a figment of the imagination. Andrew is thus the 67th patient of Ashecliffe Hospital.

Did Teddy Kill Her?

There are certain sequences in the film that shows Teddy to be adept at kindling a fire. It can be implied that Teddy burns his apartment and conjures Andrew Laeddis as the criminal. Another way of interpreting it will be that fire represents the truth that Teddy wants to believe. It is a hallucination that helps him cover up his guilt. On the other hand, water plays a major symbolic role in pointing to the veracity of Andrew’s condition. Teddy’s hallucination of the storm and Dolores’ dripping wet appearance in his dreams indicate a different truth of his wife’s murder. In a particular scene, a woman patient whom Teddy interrogates drinks a glass of water. As Teddy’s point of view is picked by the camera, the woman doesn’t seem to have the glass of water in her hand. It suggests that Teddy consciously tries to erase elements of water from his surroundings, as it reminds him of his wife and the drowning of his children. Teddy’s aversion to water and his sea-sickness point out that water is associated with his trauma. Given the ambiguous ending, it is difficult to ascertain the cause of Dolores’ death. Nevertheless, it can be implied that in both Teddy and Doctor Cawley’s narrative, ‘Andrew’ is the perpetrator of the crime.