Alex Aiono turned into an iconic YouTuber after posting entertaining content on his channel, which has amassed over 5.93M subscribers. He gained popularity from creating “flipped” versions of mega-hit songs, and as of now, his videos have a viewership of over 981 million. In addition to building a grand social media engagement, he kick-started his music career in 2013, after releasing his debut single “Doesn’t Get Better.” Interscope Records recognized his impressive vocals and guitar skills and so signed him in early 2017.

There was no stopping Alex after he released his first single, “Work the Middle,” in February 2017 and followed it with two more singles within the same year. Previously famous as a singer and producer, he turned into an actor after playing the protagonist’s sibling, Ioane, in Jude Weng’s feature directorial debut ‘Finding ‘Ohana.’ Alex’s dedicated fanbase saw him in a new light through Netflix’s family film. We got intrigued to know more about the charismatic artist’s personal life and here is everything we found out! 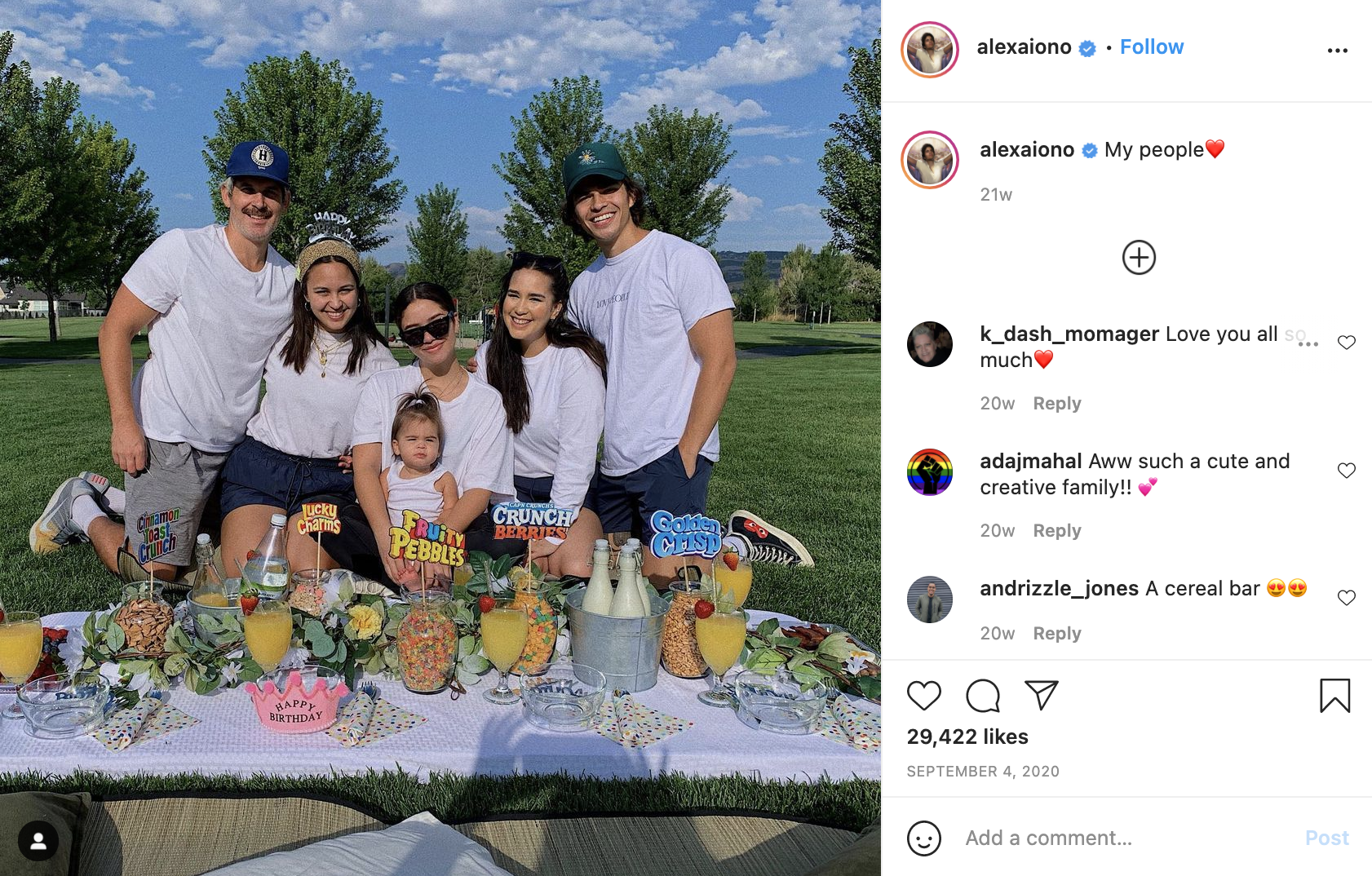 Martin Alexander Aiono, renowned by the clipped version of his name, Alex Aiono, was born in Phoenix, Arizona. After he turned 14, his family relocated to Los Angeles, California, to wholeheartedly support his throbbing passion for music. His mother, Heather, is a European and American, and his father, Martin Aiono, is of Samoan and Māori descent. Hailing from a humble background, Alex’s parents made the difficult choice to live in a one-bedroom apartment as their talented boy was busy making connections in the industry and performing on the Santa Monica promenade. The musician is extremely close to the entire Aiono clan and his three sisters often join him on his binge-worthy podcast “Let’s Get Into It.”

For the longest time, Alex Aiono’s massive fan-following saw him in a committed relationship with fellow YouTuber, Meg Deangelis. The former couple has managed to keep the timeline of their relationship a secret. In 2014, Alex posted a video titled “Girlfriend Tag” on his channel, which confirmed the tittle-tattle about his “taken” status. They shot multiple videos together, singing song covers, and talking about their relationship, before eventually parting ways for good. 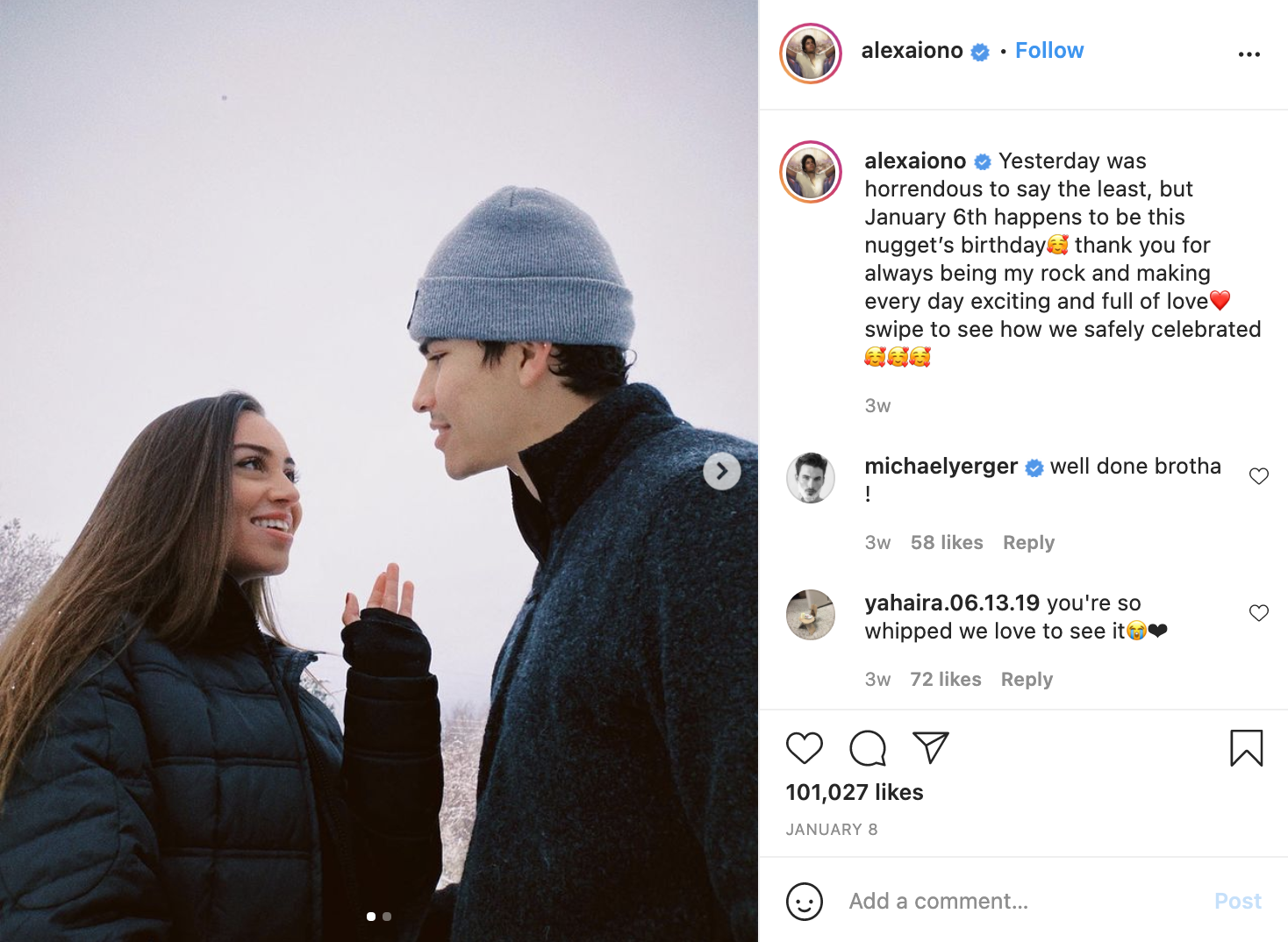 Alex had remained as discreet about his current girlfriend, Madison Mehrdad, until Halloween of 2020. He entailed the official announcement with a quirky yet mushy caption, “shawty a lil vampy, she my lil boo thang.” Clearly, the much-loved singer is head over heels in love with his girlfriend, as is evident from the gleam in his eyes. It was adorable to see the arrangements he had made for Madison’s birthday, which falls on January 6 each year, including a rosy path leading up to the bedroom. The bed showcased a bouquet of her favorite white roses and a box of shoes that she had long yearned for. The cozy candlelit dinner prepared by Alex is enough to swoon anyone and surely his “nugget” loved it as much as we did!