Written and directed by Paul Haggis (‘Crash’), ‘The Next Three Days’ is a gripping action-drama about a man who finds out what he is truly capable of when he is pushed to the brim of desperation. John Brennan (Russell Crowe), a community college professor whose picture-perfect life with his wife Lara (Elizabeth Banks) and son Luke (Ty Simpkins) is turned upside down when Lara is arrested and subsequently convicted for murdering her boss.

When appeal after appeal fails and their attorney advises John to give up, he decides that the only option left for him is to break his wife out of prison. Crowe is as compelling as ever, portraying an innately good and decent man making morally ambiguous choices. So, without further ado, let’s get into the ending, shall we? SPOILERS AHEAD.

The Next Three Days Plot Synopsis

The film begins with a foreshadowing conversation between John, Lara, John’s brother, Mick (Michael Buie), and Mick’s wife, Erit (Moran Atias). It quickly devolves into an argument between Lara and Erit when the latter declares that women should not work under other women, as it creates an inhospitable work environment. Lara happens to work for a woman with whom she just had a massive disagreement. The following day, the authorities show up at the Brennan household’s doorsteps to apprehend Lara and charge her for killing her boss. She is subsequently found guilty and sent to prison for 20 years. 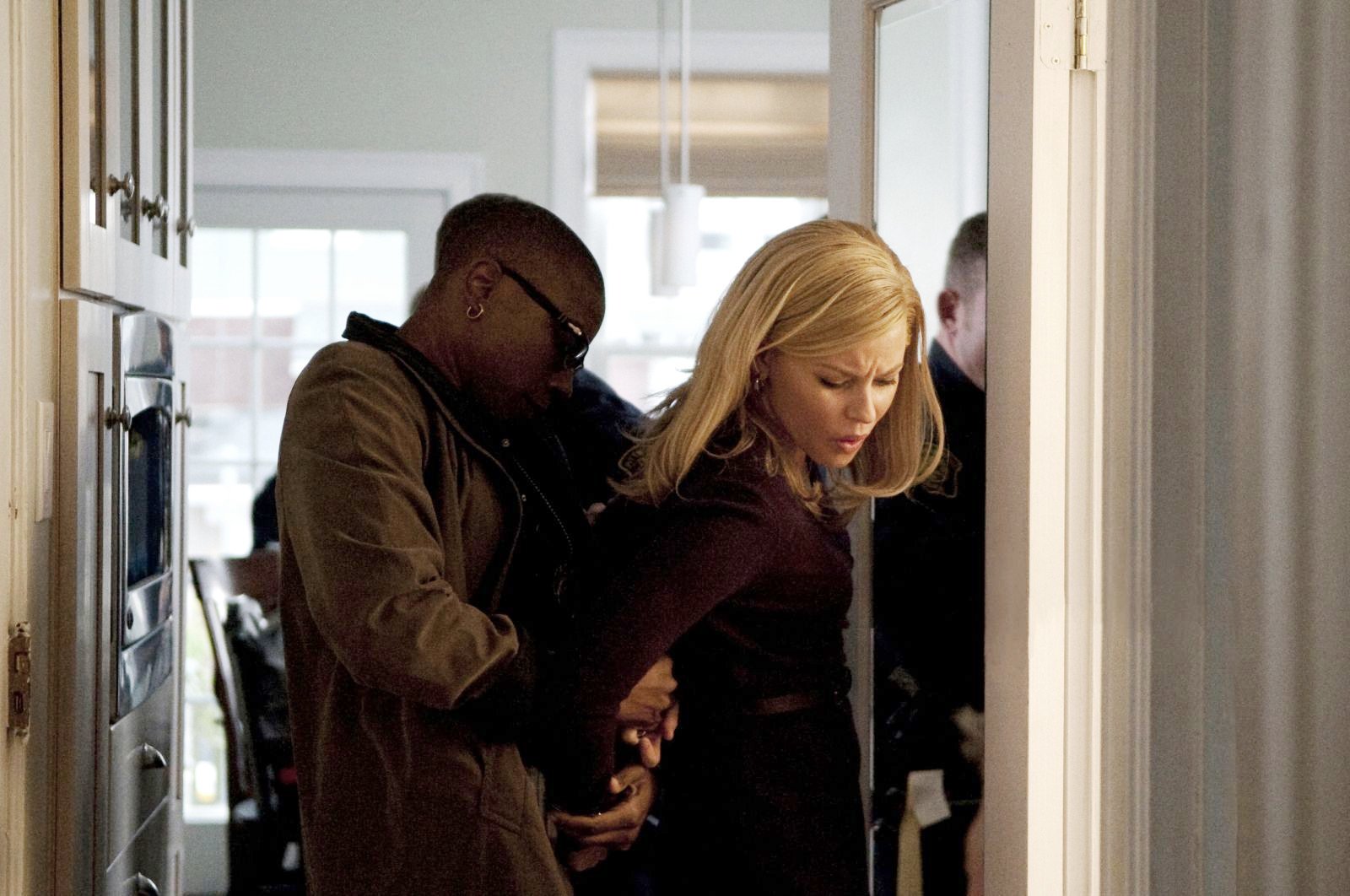 The film is neatly cataloged in three parts. The first part, titled ‘The Last 3 Years,’ documents the struggles in John’s and Luke’s lives with Lara’s absence. The family is close to being broke. After the Brennans’ latest appeal fails, their attorney, Meyer Fisk (Daniel Stern), advises John to move on.

But the latter is not ready to give up on his wife yet. When Lara tries to commit suicide, her husband comes up with the desperate idea of breaking her out of jail. This is when the second part, ‘The Last 3 Months,’ begins. John consults Damon Pennington (Liam Neeson), a man who broke out of prison seven different times and wrote a book about it.

John is forced to accelerate all his carefully crafted plans when he learns that Lara will be transferred to a faraway facility in the next three days. This also marks the beginning of the final part of the film. Lara tries to push him away by claiming that she did kill her boss. But John sees through her lies and resolutely tells her that he will get her out.

The Next Three Days Ending: Is Lara Guilty?

No, Lara is not guilty. The sequence of events happened exactly as she tells the police. Detective Quinnan (Jason Beghe) and Detective Collero (Aisha Hinds) revisit the crime scene after Lara’s escape. For the first time, Quinnan considers Lara’s account without bias and realizes that it holds merit. 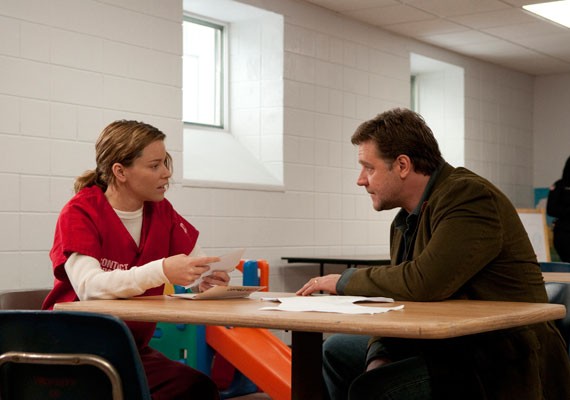 Her boss’s death was a case of a mugging gone wrong. Lara collided with the mugger while entering the parking lot, which left a spot of blood on her jacket. When she saw a fire extinguisher blocking her car, she removed it, never knowing that it was used to kill her boss. She didn’t realize that she was only a few feet away from the dead body before driving out of the parking lot. One of her colleagues saw Lara leaving and then spotted their boss’s body and called the police.

Do the Brennans Get Away?

The film is a US adaptation of the 2008 French action thriller ‘Pour Elle’ (‘Anything for Her’). Through John, Haggis explores the extent of human capacity when legal and moral choices are taken away one by one. John is a quintessential intellectual—shy, reclusive, and kind to a fault. He is evidently more comfortable explaining ‘Don Quixote’ to his students than raiding a drug lord’s lair with a gun in hand. But that is precisely what he does to obtain the exorbitant amount of money that the family needs if they were to survive years on the run from the authorities.

During one of his classes, John asks his students, “What if we exist in a reality of our own making,” while speaking about Miguel de Cervantes’ novel. This line essentially sums up John’s actions in the film. He refuses to accept his realities and trudges forward to remake them the way he wants them to be. He meticulously plans Lara’s escape, leaving multiple smokescreens behind him that are meant to divert the police’s attention. He first makes it seem as though Lara is suffering from hyperkalemia to get her out of prison and into a hospital. He then subdues her guards and convinces her to run away with him. 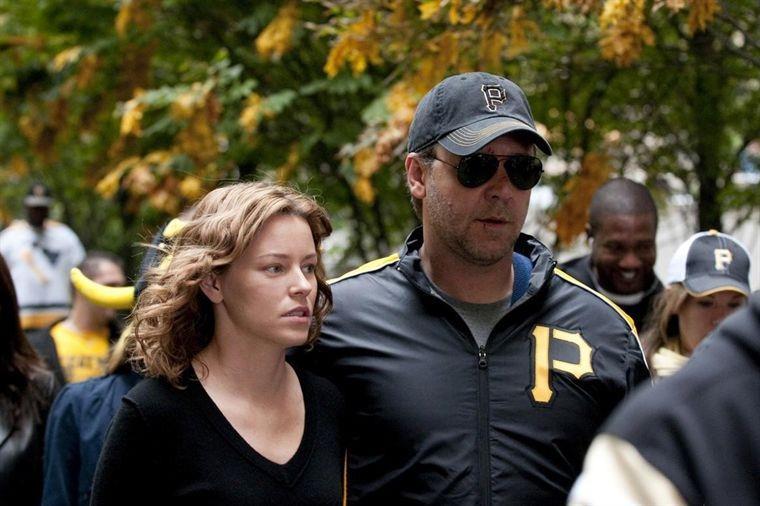 After picking Luke up from a birthday party, he gets an older couple to travel with them from Pittsburgh to Canada. He is aware that the police are looking for a family of two adults and one child. As he has hoped, the authorities overlook a vehicle carrying five people. He has done rigorous research in the past few months but consciously leaves one trash bag full of documents behind. After they go through it, the police deduce that John and his family will take a flight to Haiti. In reality, they board a plane to Caracas, as Venezuela doesn’t have an extradition treaty with the US.

When they reach their destination, the Brennans finally get a modicum of relief, and the strained relationship between Lara and Luke begins to heal. As the two of them fall asleep together in their hotel room, John takes a photo, wanting to make this moment last forever. The US authorities are not likely to come after the family, especially since Detective Quinnan has realized that Lara was telling the truth all along.

Read More: Is The Next Three Days a True Story?