MTV’s popular reality television show, ‘Teen Mom’ got renamed to ‘Teen Mom OG’ after the inception of its fifth season, but the central premise remains the same. MTV has been exhibiting the difficult journeys of parents who navigate through the emotional and practical problems of having children at such a young age. A few of them blissfully survive the relationship difficulties, while many others find themselves stuck in even messier situations. It is impossible for the viewers to think of anybody else in the same context other than Amber Portwood and Andrew Glennon. Their relationship problems seem to be ever-present, and we are here to give you the latest update to their story!

Amber Portwood and Andrew Glennon crossed paths while the former was emotionally invested in trying to repair the relationship with her then-fiancé and baby-daddy, Matt Baier, on ‘Marriage Boot Camp.’ We TV’s hit show failed to fix their varied problems, and the seemingly picture-perfect couple, Portwood and Glennon, started dating a couple of months after she officially called it quits with Baier. Almost nine months after making their red carpet debut at the MTV Video Music Awards in August 2017, they welcomed their son, James, on May 8, 2018. The tittle-tattle about their hush-hush wedding hooked the audience to their story despite the many ups and downs.

Portwood shocked the viewers as she got arrested in Indianapolis on July 5, 2019, for assaulting Glennon and being accused of hitting him with a shoe. According to the court papers, she had reportedly “struck (a) machete at and into a door, while Andrew Glennon was standing directly on the other side,” holding their son inside the room during an altercation. In October 2019, ‘Teen Mom OG’ star pleaded guilty to the domestic battery that resulted in her being sentenced to 2.5 years of probation, along with parenting classes.

It has been years since the day Amber Portwood got diagnosed with bipolar and borderline personality disorders. However, she does not look at the incident as a lapse of judgment but an unfortunate result of being emotionally violated. On the question of Portwood and Glennon ever coming back together, she resolutely replied in the negative, stating, “Bro, you are literally taking me for every single thing I have ever worked for in my life! To the point of my son. I couldn’t believe it at first. We’re at war.”

Portwood’s angst is imaginable as Glennon filed for emergency full and legal custody of their son. As per the court agreement, Glennon attained the primary custody of their son, James, while sharing his joint legal custody. Portwood was granted three unsupervised visits a week. But she is trying to make the best out of a bad situation and feels satisfaction with whatever little time she gets to hold her son. 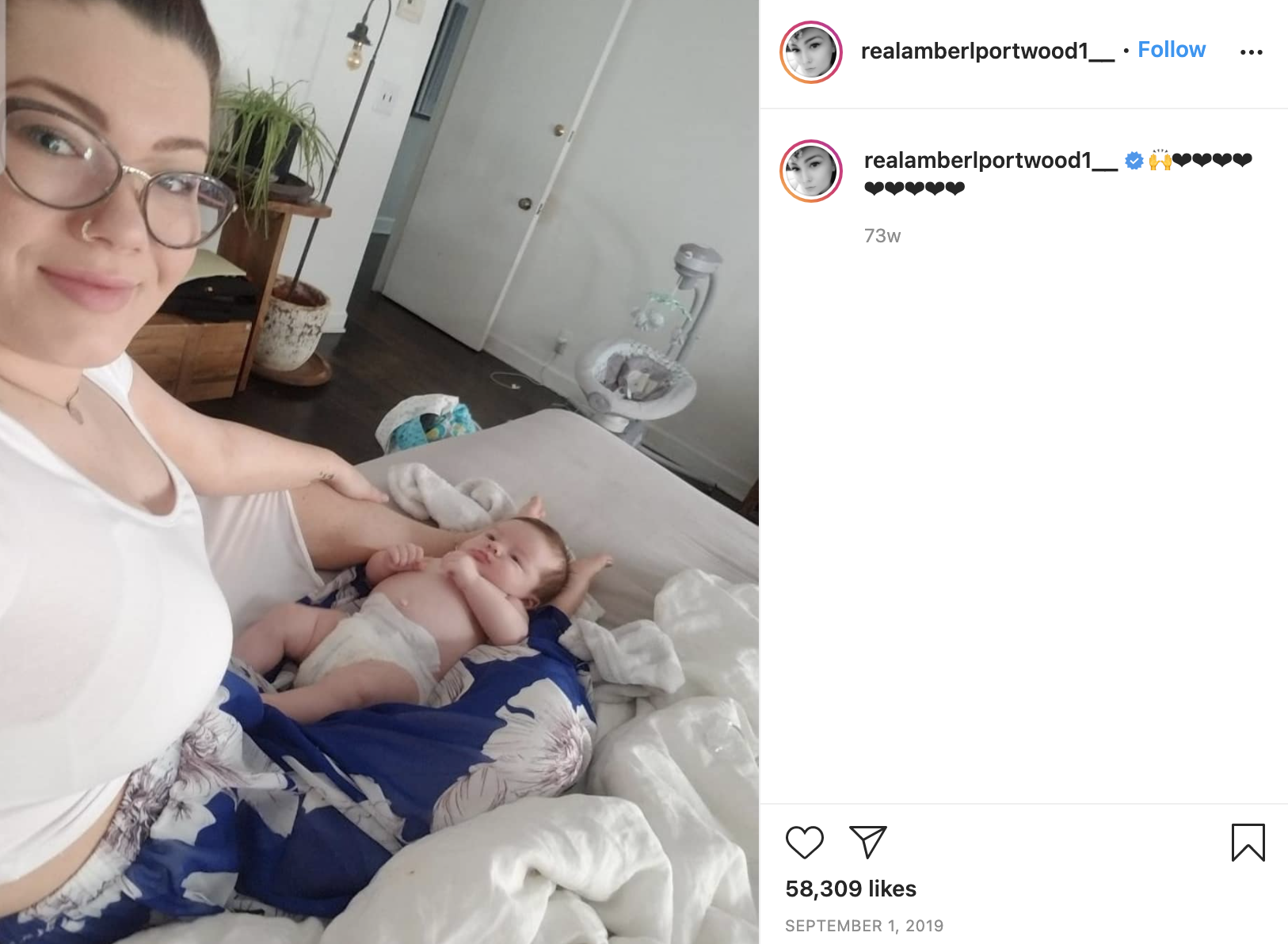 While it looked like Portwood and Glennon had finally found a middle way to co-parent their baby amicably, it turned out to be a temporary phase. While the case remains pending in court, the ‘16 and Pregnant’ alum filed paperwork in Marion Circuit Court claiming she was being “denied … all parenting time since October 22, 2019.” According to The Sun, on December 23, 2020, Portwood requested a restraining order against Glennon based on his interfering with her parental time. By January 11, 2021, the decision was announced in her favor after she was granted the restraining order.

Read More: Are Mackenzie and Josh From Teen Mom Still Together?