‘Born a Champion’ is a hard-hitting sports drama film about a former marine, Mickey Kelley, who prepares for a jiu-jitsu rematch against an old opponent who inflicted career-ending injuries on Mickey in their first clash. But when an old video recording of their match surfaces years later and proves that his opponent had cheated the first time around, Mickey will stop at nothing to restore his reputation as a champion martial artist and emerge the ultimate victor.

The film’s moving story comes from the pen of actor Sean Patrick Flanery (‘The Boondock Saints‘), who co-wrote the original screenplay alongside Alex Ranarivelo, the director of ‘Born a Champion.’ Flanery also stars as the protagonist Mickey Kelley. The movie also features the acting talents of Dennis Quaid (‘The Parent Trap’) and Katrina Bowden (’30 Rock’). In ‘Born a Champion,’ both of Flanery’s actual sons play Mickey’s son at different ages. The movie is shot like a documentary, with Mickey’s best friend Rosco (Maurice Compte of ‘Breaking Bad’) narrating his story in the form of an interview. Chockfull of grit and heart, ‘Born a Champion’ is an inspiring tale of redemption. But is it based on a real-life story? Let’s find out.

Is Born a Champion Based on a True Story?

No, ‘Born a Champion’ is not based on a true story. Mickey Kelley’s character is purely fictional, and so is his story, as shown in the film. The makers of ‘Born a Champion’ have never claimed that this is a story rooted in reality, although some parts of the screenplay do take inspiration from Sean Patrick Flanery’s real life. The Louisiana-born, Texas-raised actor is a real-life black-belt in Brazilian jiu-jitsu, a self-defense martial art and full-contact combat sport that’s based on grappling and submission holds and does not feature kicks and punches. Flanery wrote the original story for ‘Born a Champion’ back in 2007 and then developed the screenplay in 2016 with Alex Ranarivelo. 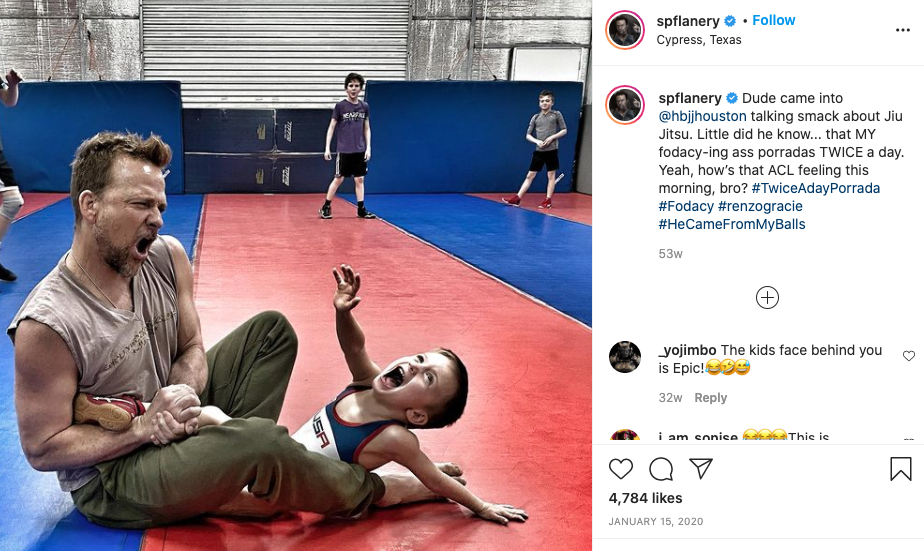 In 2007, like numerous other martial artists, Flanery was part of an online forum called MMA Underground, which featured original fight stories from the martial arts community. Flanery’s first story about a girl he met when he was a young boy was favorably received. He wrote Mickey Kelley’s story as his second one for the forum but ended up keeping it private so that he could develop it into a movie screenplay. Around the same time, Flanery also wrote a novel called ‘Jane Two,’ which was published in 2016. His book is about a young boy named Mickey listening to his grandfather’s life lessons as he crushes on the little girl next door.

In one of his interviews, Flanery has said that there are a lot of authentic elements to ‘Born a Champion,’ such as the art of Brazilian jiu-jitsu and its many rules, the MMA competitions, and the MMA school RAW Champ. Reportedly, RAW stands for Real American Wrestling, and it used to be an academy based in San Pedro in reality. Flanery performed all his fight scenes in the movie himself, and he did not even have to prepare for the role in terms of how he wanted his body to look. Because he practices jiu-jitsu every day in his regular life when he’s not filming (he runs a martial arts academy in Houston and teaches both kids and adults), Flanery already had the body of a man who fights on a daily basis. It may not be based on a true story, but ‘Born a Champion’ is certainly a love letter to Brazilian jiu-jitsu from its long-time practitioner Sean Patrick Flanery.