‘Death of Me’ is a macabre horror-thriller film that follows the story of Neil and Christine, a married couple whose Thai holiday takes a dark turn when they get ensnared in religious mysticism and black magic. Directed by genre filmmaker Darren Lynn Bousman, ‘Death of Me’ starts with Neil and Christine waking one morning with no recollection of the previous night and their passports missing. Stranded for one more day on a small island off the coast of Thailand, the husband and wife duo seeks to retrace their steps and figure out what happened the night before. They find a strange and terrifying video recording on Neil’s camera that shows him brutally killing Christine, but their horrified confusion is understandable as Christine is very much alive.

As a giant typhoon makes its way towards them, Neil and Christine struggle to find out the truth behind the disturbing video and to get off the creepy island. The islanders, who are gearing up for an unknown festival, assure them that the island has not been hit with a storm in over 200 years. The movie explores the ominous themes of cult rituals and human sacrifice. Curious to know where ‘Death of Me‘ has been filmed? Here’s everything you need to know.

Death of Me Filming Locations

‘Death of Me’ was filmed entirely on location in Thailand, in August 2018. Reportedly, principal photography was completed in around 20 days and was one of the fastest shoots of Bousman’s career. Here are more details about the specific locations where this movie was filmed.

The majority of ‘Death of Me’ was filmed in Krabi, its pristine and serene beaches making a fantastic-looking backdrop against the sinister happenings. Ao Thalane Mangroves in Krabi served as one of the prominent filming locations. Here are some behind the scenes photos from the sets of ‘Death of Me’. 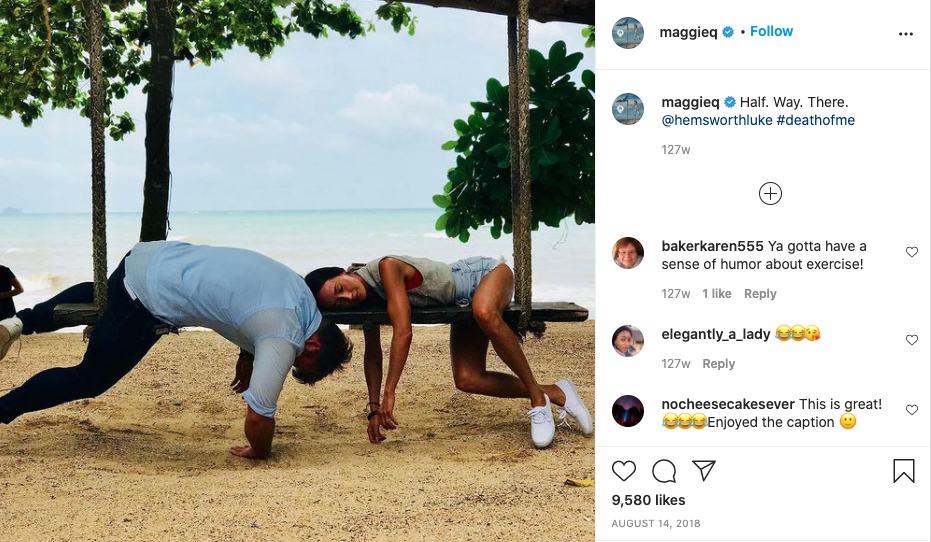 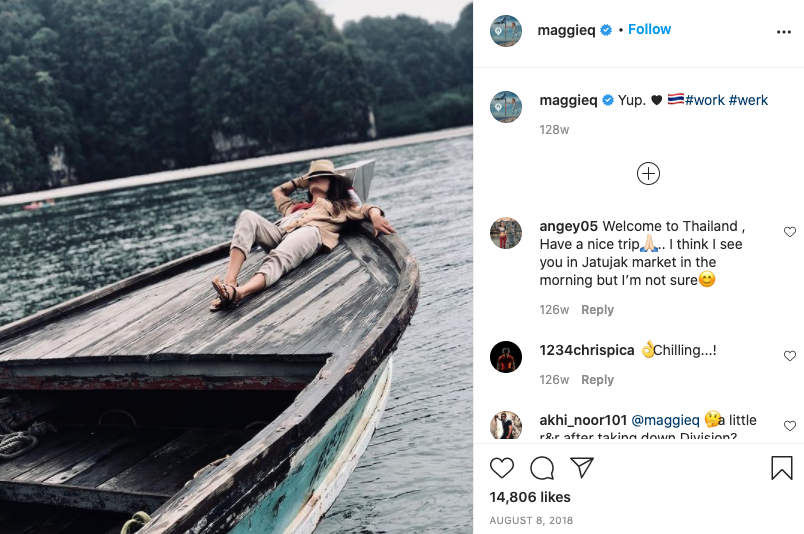 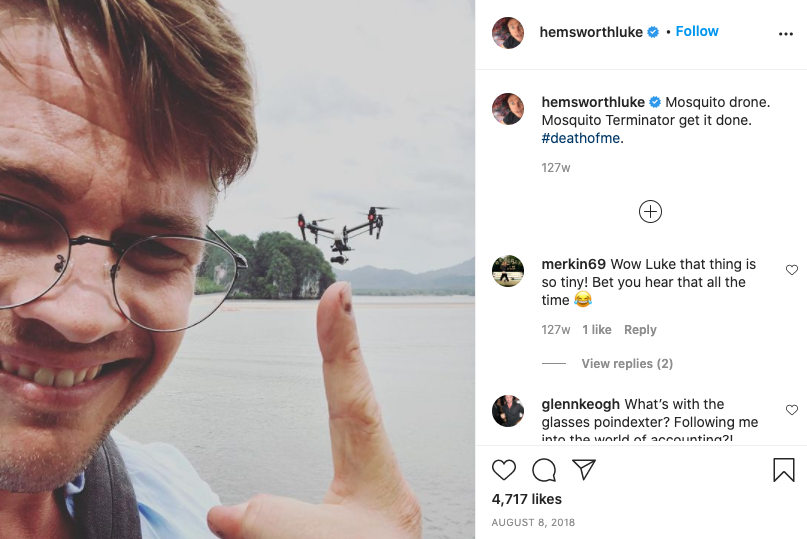 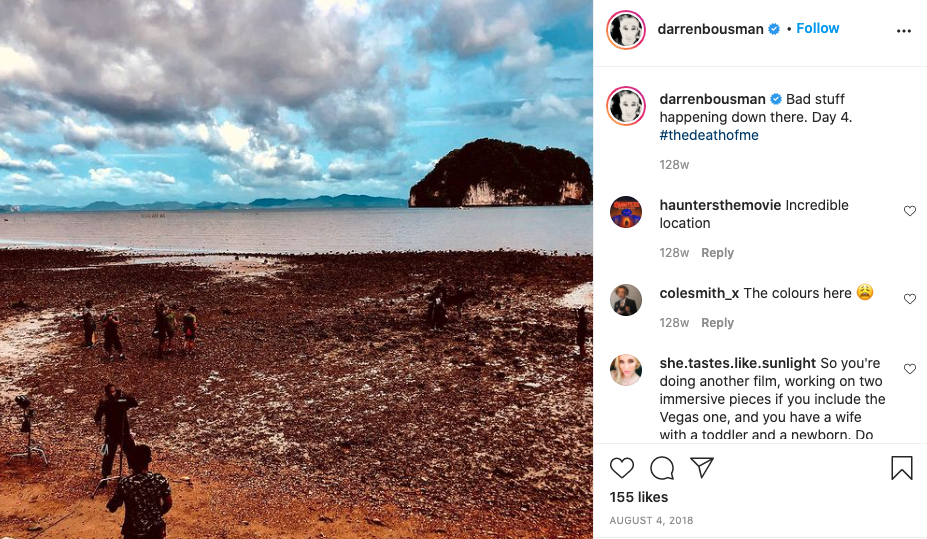 The cast and crew also had to battle dengue mosquitos the size of small bats. 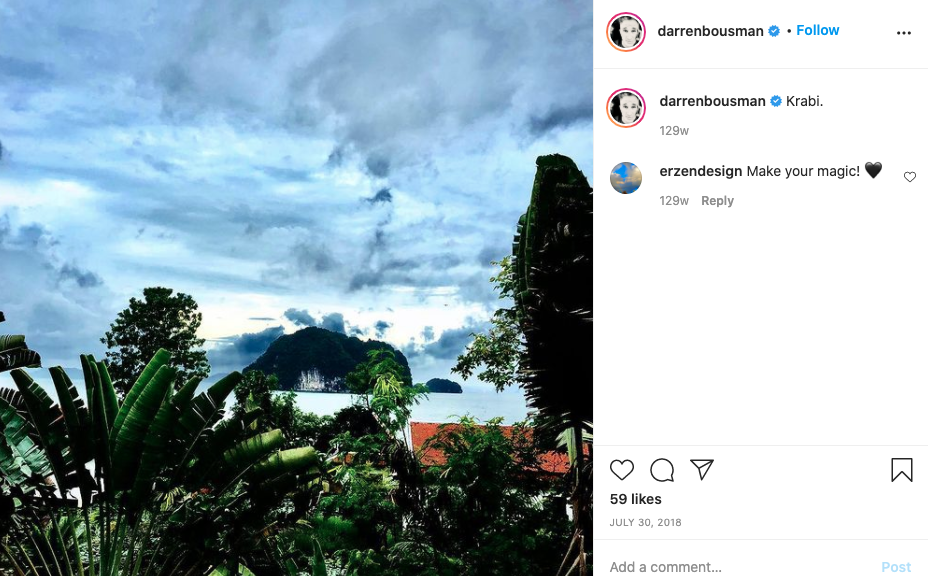 The film’s spectacularly calm locations added to the subtly ominous feel that reverberates throughout ‘Death of Me’.

The hot and humid climate, however, served as a serious deterrent for prosthetic makeup.

Most of the Thai characters were played by real people from the local community, who were cast randomly and not through conventional auditions and screentests. 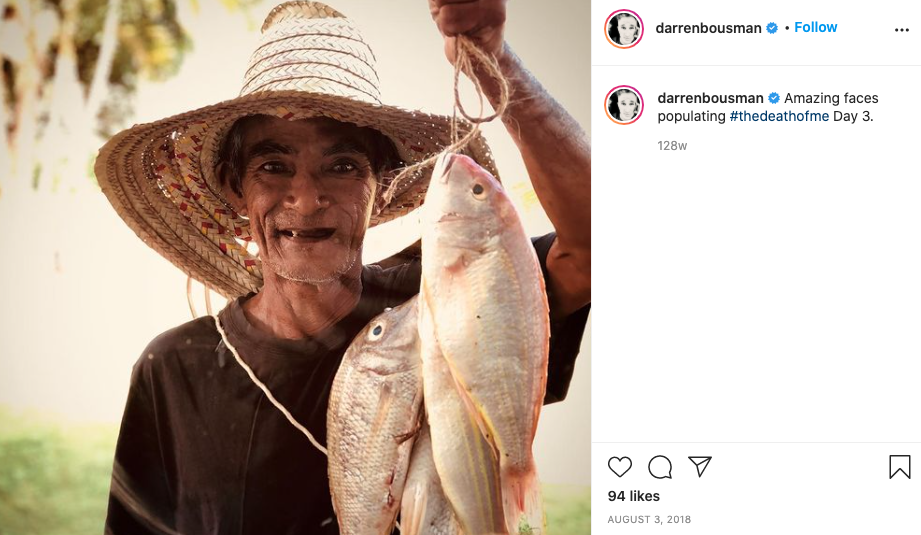 Bangkok, Thailand’s capital, served as the second filming location for ‘Death of Me’. Mostly the scenes in the second half of the movie were filmed here. Bangkok is famous for its vibrant street life and ornate temples. Clearly, the cast and crew had much fun filming here. 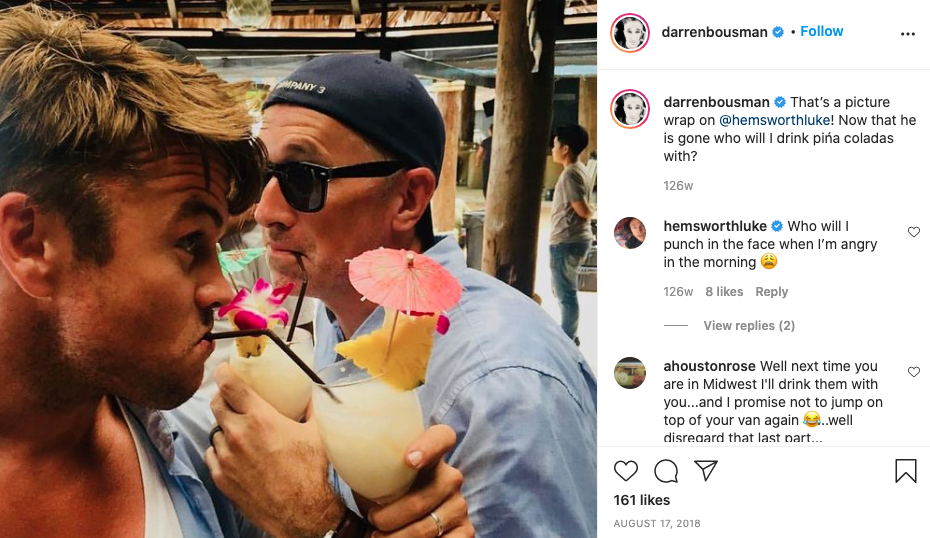 Here are a few more behind-the-scenes photos from the director’s Instagram. 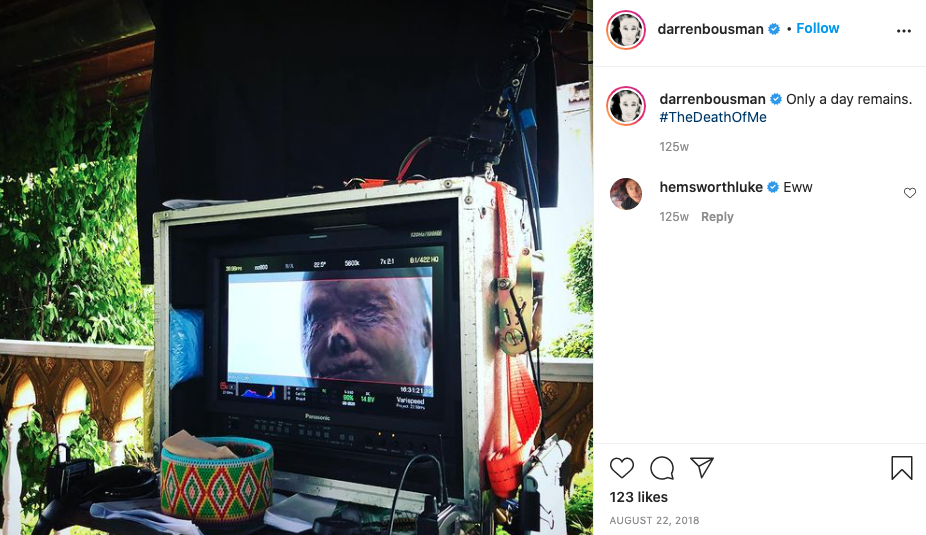 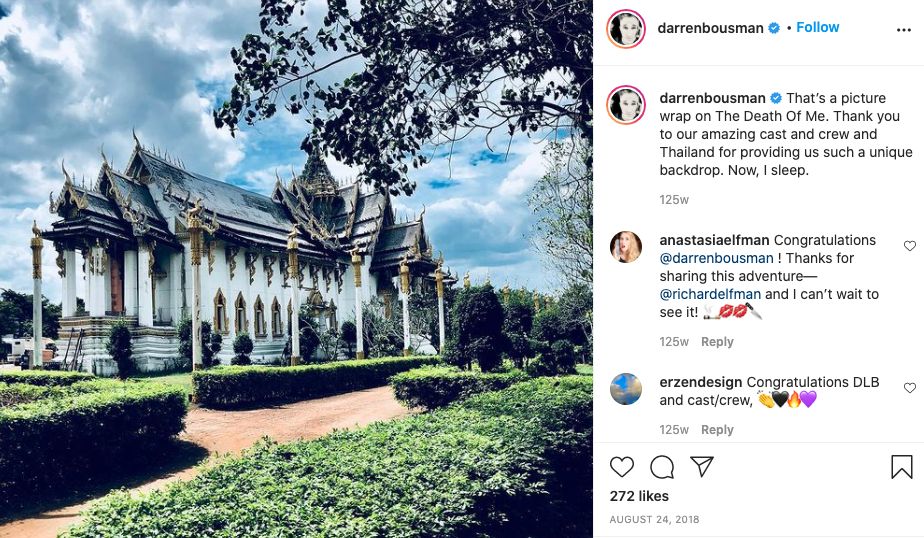