Netflix’s ‘Bling Empire’ is an unscripted reality series that follows a group of uber-wealthy Asian and Asian American Los Angeles residents as they go all out with their extravagant parties and petty drama for us to understand who they really are. And even though Guy Tang isn’t a leading cast member of the series, viewers quickly fall in love with him for his fun-loving and mischievous ways. The stylist extraordinaire and music artist is a talent whose hard work and businesses are currently earning him quite a loyal fanbase. So, let’s find out all that there is to know about him, shall we?

Who Is Guy Tang? What Does He Do?

Of Asian heritage, Guy Tang grew up in Tulsa, Oklahoma. According to his own accounts, though, it wasn’t an easy road for him there as his community contributed to his insecurities and early closeted years. Apparently, Guy wasn’t able to be himself until he moved to Long Beach, California, in 2010, after which he made a home in West Hollywood and truly found his identity. “It took me till I was in my 30s to really know myself and embrace who I am,” he wrote in an emotional Instagram post in October of 2018. “Just know that if you ever feel outcasted that you are not alone. I am right here with ya and we can be unique together.” 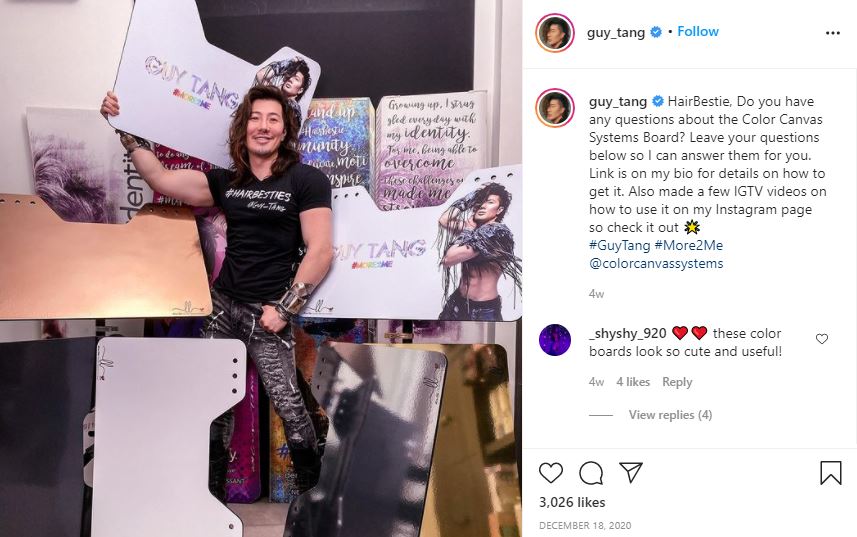 While most people know Guy from his YouTube channel, which he uses as a platform to educate his 2 million subscribers on hair-care, colors, and styles, he also has his own line of hair products called MyIdentity. “I created unique tones…that have now become a color staple and made other companies follow suit,” he said. “Mydentity will always have a pulse to what’s new and hot.” Guy also has a documentary series entitled ‘Guy’s World’ on his YouTube channel. And as if all this wasn’t enough, the artist is stepping into the entertainment industry as a musician as well, releasing pop songs like “Gimme What I Want,” “Closure,” and “Midnight.”

Who Is Guy Tang’s Husband?

With a successful career, Guy Tang also has a successful personal life. He is married to Almar Guevarra, a research nurse currently working on finding a cure for brain cancer. As per Guy’s Instagram, the two have been together for over 11 years now. “I fell in love with him when we first met because he seranade a @mariahcarey song to me called “Circles,” which is an obscure song off her album,” Guy wrote alongside a picture of them in 2018. “I was like yup ‘he’s the one.’ I was like, ‘How did he know I am obsessed with Mariah!’” Guy also mentioned that despite his medical background, Almar, fortunately for him, “knows everything about hair.” 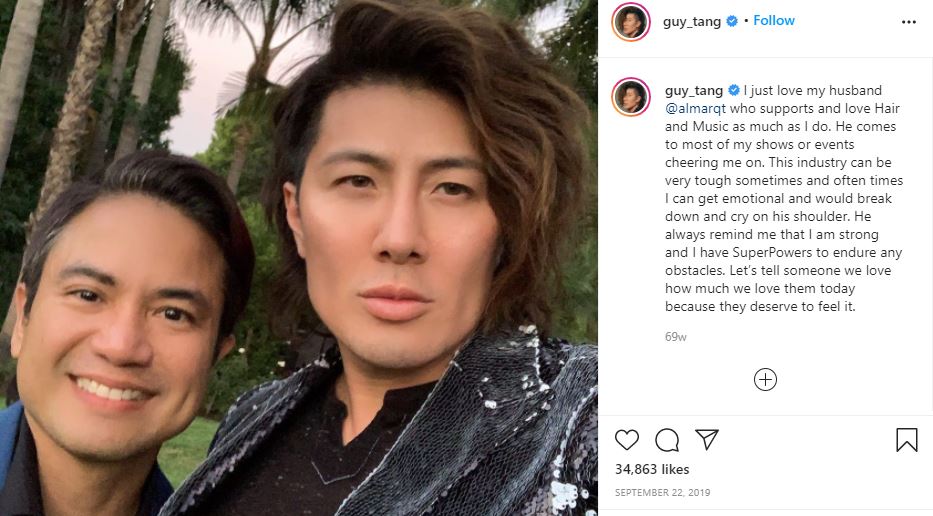 Guy isn’t one to shy away from posting adorable messages for his husband on social media, going as far as to mention how much Almar’s constant support and love means to him. “He comes to most of my shows or events cheering me on,” Guy said in 2019. “This industry can be very tough sometimes and often times I can get emotional and would break down and cry on his shoulder. He always reminds me that I am strong and I have SuperPowers to endure any obstacles.” Furthermore, because of Almar and his own personal experiences, Guy can now promote messages of love and acceptance through his work, which matters the most to him.

Read More: Who Is Kim Lee Dating? Does She Have A Boyfriend?