Set in New Orleans, ‘Your Honor’ is a show that hinges on the moral corruption of the characters, and it all starts when Adam Desiato kills the son of a mobster in an accidental hit and run. The teenager doesn’t know how to handle the situation, and so his father, Michael (Bryan Cranston), steps in and tries his best to protect his son. However, as time goes on, secrets unravel, and their lives may as well be in jeopardy. So, are you curious about the ending of episode 7? Well, we have got your back. SPOILERS AHEAD.

As Jimmy races home to warn Carlo about his impending arrest, the latter ignores his father’s calls. When he reaches the hotel, the police arrests Carlo. Fia, who witnesses this whole scene, is deeply disturbed by this and even goes to Adam for emotional support. Meanwhile, Nancy questions Carlo and leverages the drug charges in exchange for information about Kofi’s death. Although Carlo feigns ignorance, the detective states that it is a death penalty case and gives a rather discomforting description of what executions are like.

In the meantime, Michael and Frankie get rid of Trevor’s body, and it turns out that it is actually the judge’s birthday. On the other side of town, Fia and Jimmy talk about Carlo’s actions, his apparent guilt, and how the NOPD is not the most efficient organization of all time. Nancy then finds out that the Baxters already knew that they were on their way to arrest Carlo. Jimmy and Michael talk about Rocco’s death, and naturally, he doesn’t let the mobster know that Adam was behind the wheel. They even go on to have a rather honest yet intimidating conversation about parenthood, sins, morality, and the loss of a child.

At work, Michael presides over Carlo’s arraignment, during which Jimmy yells out expletives at the judge. Not only does Michael state that he will hold Jimmy in contempt of the court if he repeats this behavior, but the two also argue outside the courtroom. (While they don’t like each other, a part of this is just for show). Jimmy then goes to Big Mo and tells her that Carlo has been arrested and that the Baxters don’t do heroin. However, she states that they aren’t in the “problem-solving business,” implying that she should receive the product that she has paid for.

Your Honor Episode 7 Ending: Is it Michael Who Rats Out Sara?

Michael does not get assigned Carlo’s trial, but he tells Jimmy that he has a plan to remove Sara and that the gangster needs the judge. Lee gets fired from her job since she has devoted all her time to Kofi’s case. Since it is his birthday, Michael and Sara go for some drinks. After some time, she leaves but is pulled over by cops and arrested. Lee picks up Michael, and he tells her that he loves her. The two then reach his house, where Michael is at the receiving end of a surprise party. In the end, however, Django throws up a piece of Trevor’s brain that Adam had fed him thinking it was offal. 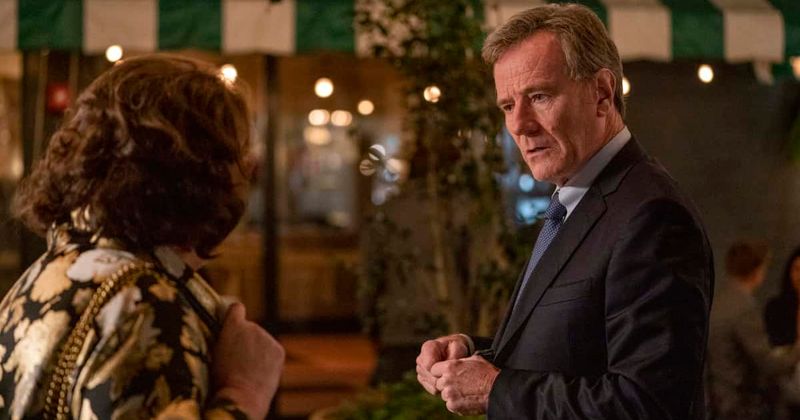 In episode 7, we really start seeing the cracks in Michael’s steadfast façade. At this point, the father is in too deep; there is no escape. In an attempt to protect his own son, Michael’s actions have directly or indirectly lead to the death of Kofi and Trevor, which is something that he never even anticipated. But the charade must go on if Michael wants to ensure Adam’s survival. So he joins forces with Jimmy simply out of compulsion.

Now, Sara and Michael are work friends, and she has always been honest with him. Although she calls him the “slowest judge in New Orleans,” she also follows it up by saying that Michael can show exactly how gutsy he is by taking on the Baxter trial. However, since it is a rather random system, she is assigned the case instead. Michael is only useful to Jimmy if he is the one presiding over the case, and so to save his own skin, the judge tells the mobster that he has a plan (which we are never made privy to).

However, it is evident that Michael has thrown his colleague under the bus and even makes use of racially prejudiced police officers to get her out of his way. Now, we’re not saying that he did it with malicious intent, but this doesn’t absolve Michael either. After getting drinks at the bar, Lee picks up Michael. Clearly, it is in this window that he informs the cops, who then stop the black judge and smell the alcohol on her. (Needless to say, even if the blood alcohol level is under the legal limit, the racist cops will solider on). But there is one scene in particular that lends credence to the fact that Michael gets Sara arrested.

Just as Sara is getting handcuffed by the white cops, Lee and Michael are driving past the area. These two incidents are juxtaposed in the same scene, and it seems as though Michael says “I love you” to Lee only after observing that Sara has been arrested. By doing so, he distracts the lawyer, who clearly fights for justice. Considering the ordeal he is a part of, the last thing on Michael’s brain is love and romance, and while he does have feelings for Lee, he is evidently manipulating her to the best of his abilities. 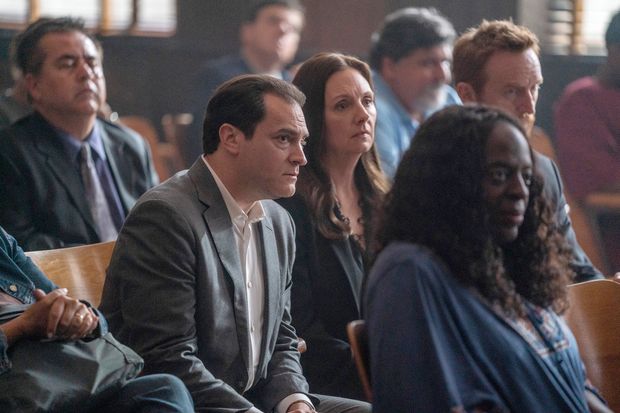 If nothing else, Michael is eliminating his competition. Since the judges are allotted cases randomly, simply removing Sara from the equation will not be enough because there is a higher chance that some other judge will be presiding over Carlo’s trial. As for what the next steps of Michael’s plan are, it is anybody’s guess. We will have to wait and watch how the man, who was once the symbol of virtue and justice, is ready to take down even his acquaintances to achieve his goals.

Read More: Where is Your Honor Filmed?