Katie Autry, a 2003 freshman at Western Kentucky University, was brutally murdered in her dorm room. Police were quick to identify one of the two primary suspects, Stephen Soules, who implicated the second suspect, Lucas Goodman, and himself in his statements. The police thereafter arrested Goodrum. Investigation Discovery’s ‘Murder in Bowling Green’ unravels the dreadful crime in an almost hour-long feature. And we are here to answer your queries about Lucas Goodrum, who was later acquitted of Katie’s death.

Who Is Lucas Goodrum?

Lucas Goodrum was one of the primary suspects to be charged with the capital murder of Katie Autry in 2003. The authorities said Goodrum, a native of Scottsville, Kentucky, was not enrolled as a student of the West Kentucky University in which Katie had recently started as a freshman. Goodrum, along with the other suspect, Stephen Soules, had attended the same fraternity party as Katie the night before she was assaulted.

Goodrum was brought to Warren County Regional Jail after Soules’ arrest and Soules’ statements that indicated both he and Goodrum were involved in Katie Autry’s death. While in custody, during his interrogation, Goodrum consistently denied being connected to Katie’s death. 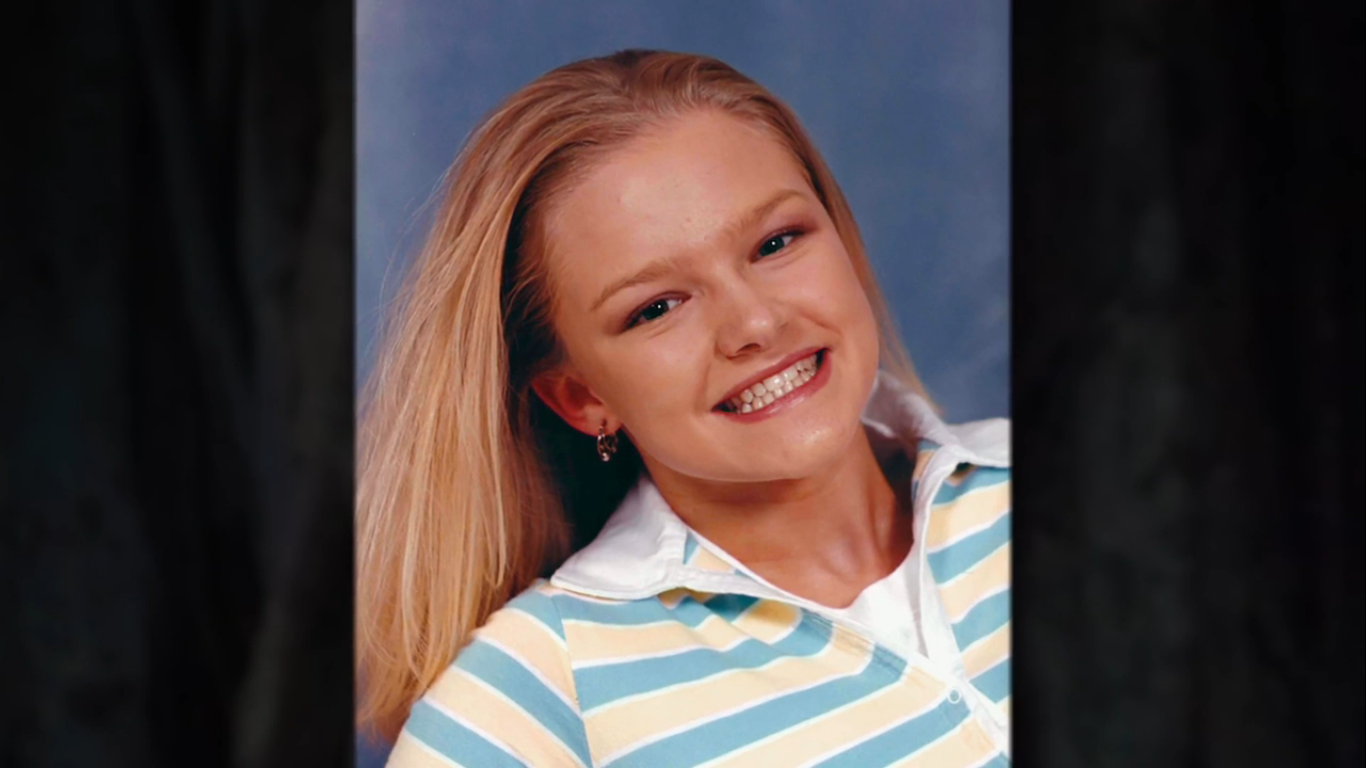 Before his alleged involvement in Katie Autry’s rape and murder, Goodrum had been under the radar of the law enforcement just the day before Katie and her dorm room was set on fire. The police received a complaint from a 17-year-old stating that Goodrum had hit her twice in the face with a cell phone at his apartment, following which he had held her down in her car and had refused to let her go. The officials informed the girl that since she was a minor, she would require the signature of her parents to issue an arrest warrant. No warrant had been issued thereafter. But then Goodrum was arrested for the murder of Katie Autry. Goodrum, allegedly unaware of the situation, assumed he was being arrested for assaulting the 17-year-old minor.

Following his arrest, Western Kentucky University received a $500,000 pledge from Margaret and Cal Turner Jr. Turner, the Dollar General retail chain’s former chief executive officer, is the uncle of Goodrum’s stepfather. The authorities at the university said that the pledge had been in discussion for the past 18 months and hence had no relation to the murder case.

Where is Lucas Goodrum Now?

In Goodrum’s 2005 trial, the prosecution was majorly dependent on the testimony of Goodrum’s former co-defendant Stephen Soules. After pleading guilty to charges of rape, murder, and robbery in 2004, Soules extended his help in Goodrum’s trial through his testimony against Goodrum. The testimony implicated Goodrum in the rape and murder of 18-year-old Katie Autry. Moreover, a third man, a former fellow inmate of Goodrum’s, said that Goodrum had confessed to the raping and beating of Katie Autry. However, the defense argued that Soules’ testimony could be based on lies since there was no evidence to link Goodrum to the crime scene or the crime. Besides, Goodrum’s father and stepmother testified that he had been home in Scottsville by the time the fire alarms in the university dorm had gone off. After deliberating for 2.5 hours, Goodrum was acquitted of the murder, rape, and arson charges levied against him. 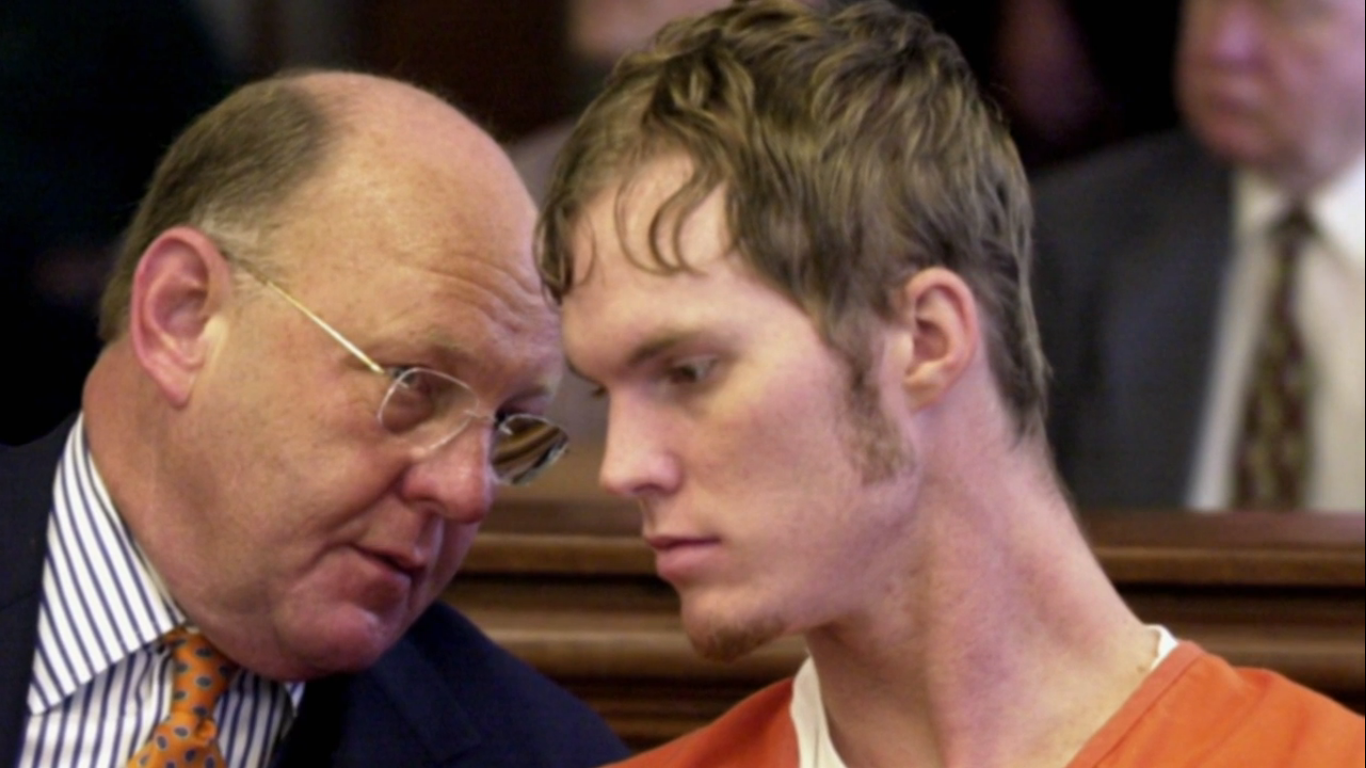 Goodrum was arrested again in April 2007 for domestic violence charges. He was charged with third-degree terroristic threatening at the Simpson County Justice Center. He had made threatening comments in a telephonic conversation and text messages towards LaDonna Petrich and her fiancé, Kevin Watwood, respectively. Petrich said that Goodrum became upset about the fact that she was getting married and fired two shots while being on the phone with her. He also warned her that he would surprise her with a visit the next day. A domestic violence order issued by the judge barred Goodrum from direct and indirect contact with Petrich, his former wife and the mother of their then 6-year-old son, till March 2009. Petrich would have to allow other members of Goodrum’s family to see the child.

In 2010, Goodrum appeared in an episode of ID’s ‘On the Case with Paula Zahn’ titled ‘Voices in the Dark,’ which also featured Autry’s murder case. After Goodrum’s acquittal, he was living in Aubrey, Texas for a long time. His current whereabouts are not publicly known.