Mike Wolfe has become a household name since his brainchild ‘American Pickers’ premiered on January 18, 2010. After dedicating his life to the task of collecting overlooked valuables, Wolfe earned the badge of “The Jack Kerouac of Junk” by The New York Times in 2011. In late 2020, the rumor mill began to churn out that he was to end up behind bars, but it was clearly a case of mistaken identity.

He has garnered immense popularity and fan-following over his more than a decade-long TV career. But surprisingly, Mike’s prestigious and passionate job comes second to his wife and daughter. A family-orientated man inside-out, it would be quite interesting to dig out details from the treasure of his personal life!

Born in Joliet, Illinois, Michael Wolfe was single-handedly brought up by a single mother, Rita Wolfe, while his father’s identity remains unknown. His parents got divorced while he and his siblings, Robert and Beth, were still too young to understand the gravity of the situation. His mom undoubtedly bestowed much emotional support on all three of her children but struggled to provide enough for them financially. 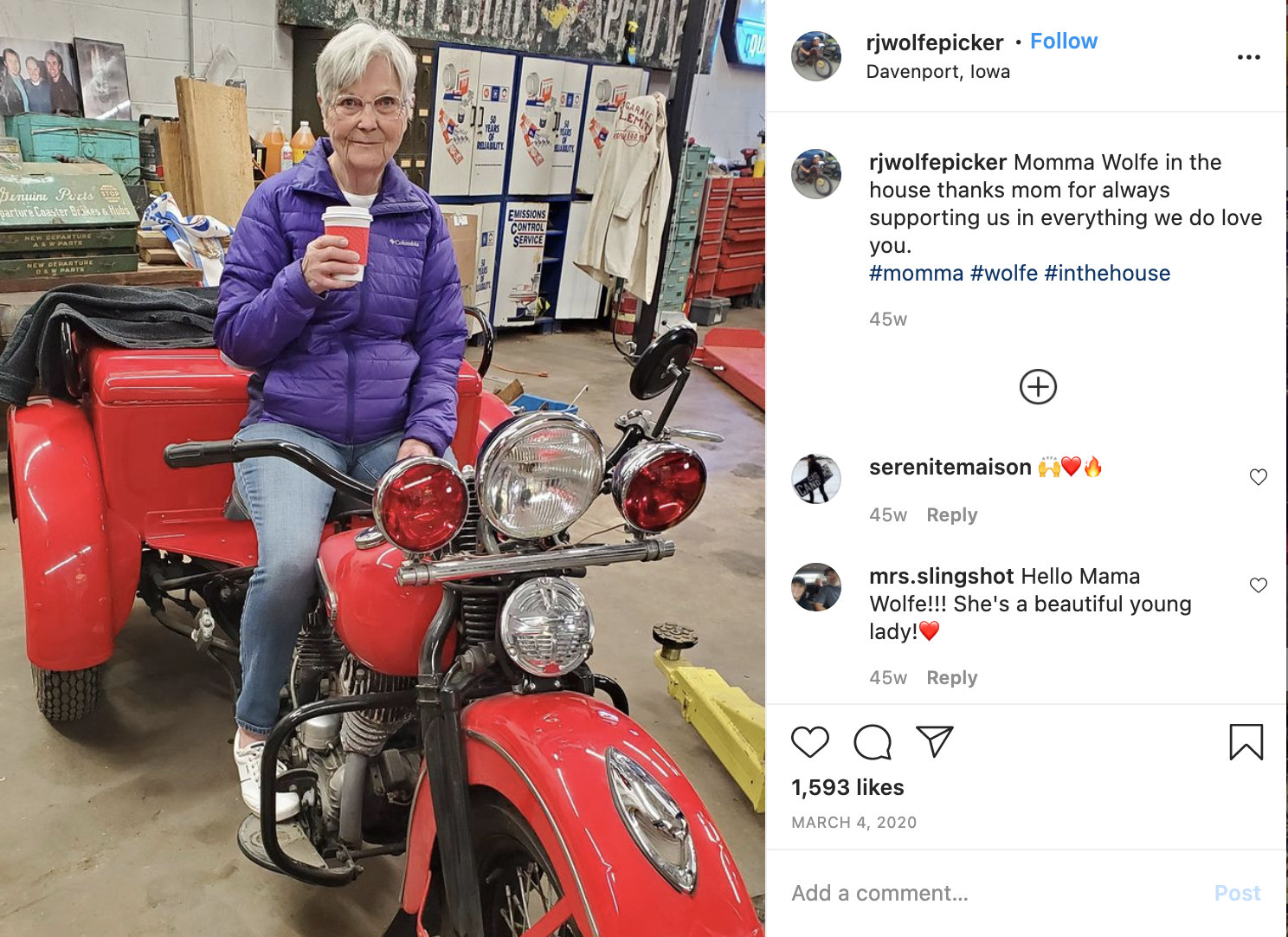 Mike began to fend for himself from an early age by picking out what he deemed useable from the trash around his neighborhood. He even learned ways to mend the damaged pieces before selling them off to antique stores for nominal amounts. Mike’s brother, famous as Robbie, was a rock star musician but eventually switched to being a professional “picker” of unusual antiques, especially original paint cars and trucks, dating back to the 1930s. 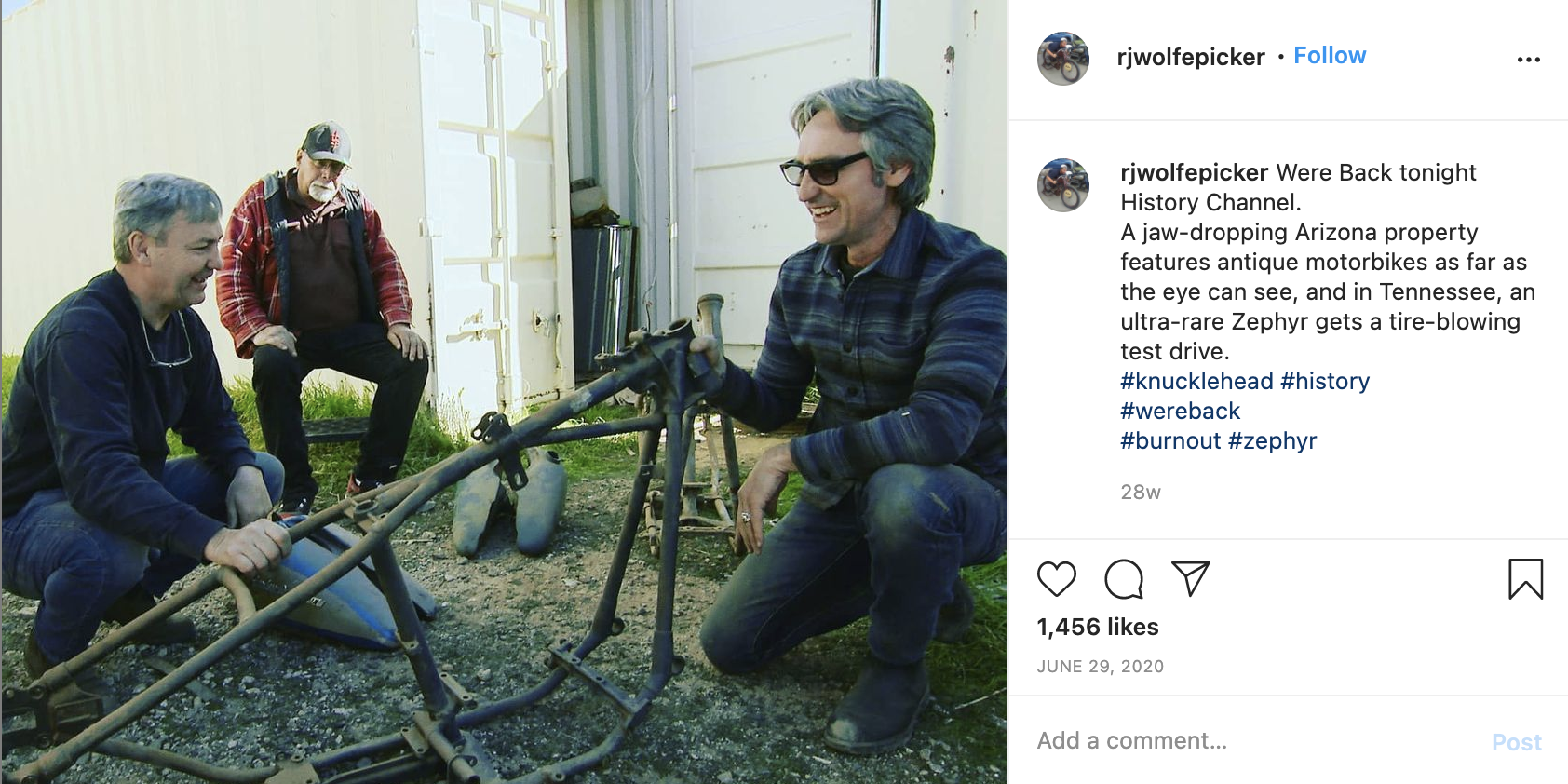 A successful entrepreneur, he is the founder of R.J. Wolfe & Sons, a company that offers hardscape, lighting, pool services, etc. He served as its owner for over 25 years before the company got acquired by All Around Town Outdoor Services in March 2019. Robbie often makes an appearance on ‘American Pickers’ along with his children.

Mike Wolfe has been on the lookout for hidden precious riches since he was very young. After some time, he made his first profitable deal by selling a bicycle out of his neighbor’s trash. During his mid-20s, the television star became a competitive bicycle racer and owned a couple of bike stores in Iowa during the 1990s. While he has always been a businessman, Mike eventually decided to be a picker of antiques. 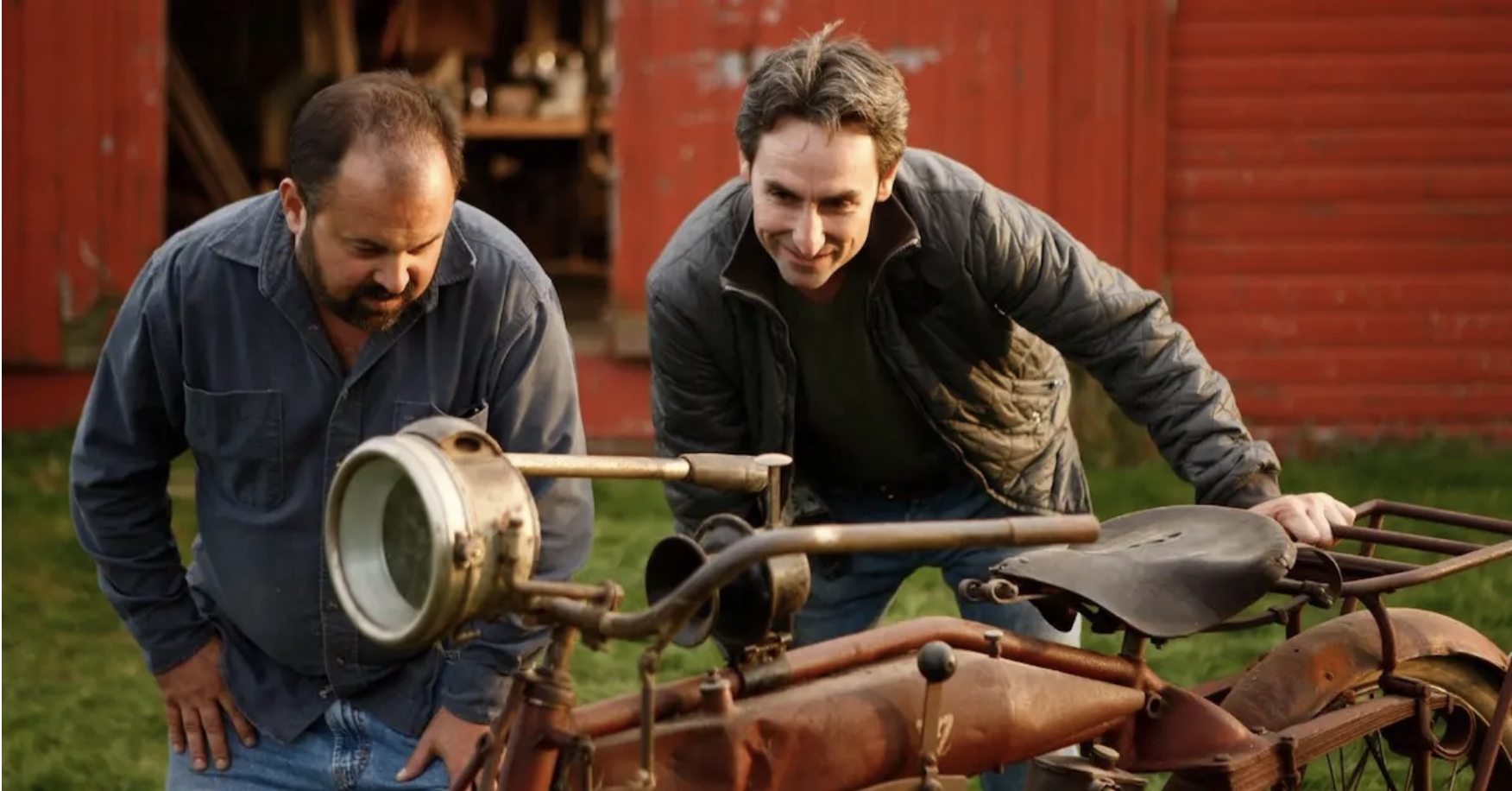 Once Mike realized his passion for the craft and its potential as a profession, he went from network to network for almost half a decade until his goal to rescue America’s culture and history fascinated the History Channel. The finder of “rusty gold” has graced the screens through all its 21 seasons. In addition to being associated with probably the most non-fiction show in television history, Wolfe is the owner of Antique Archaeology, a shop that sells antiques, vintage items, and folk art, located in Le Claire, Iowa, and Nashville, Tennessee.

During an interview in 2011, Mike Wolfe had almost dejectedly admitted that he and his co-host, Frank Fritz, were both unmarried and without children and quickly added, “I have two dogs. Frank has a cat.” But destiny had better life planned for the History Channel star as he had already met the love of his life, Jodi Faeth, back in 1994. She was a mother to a son, Kyle, from her previous relationship and had hardly given second married a thought when she met Wolfe. 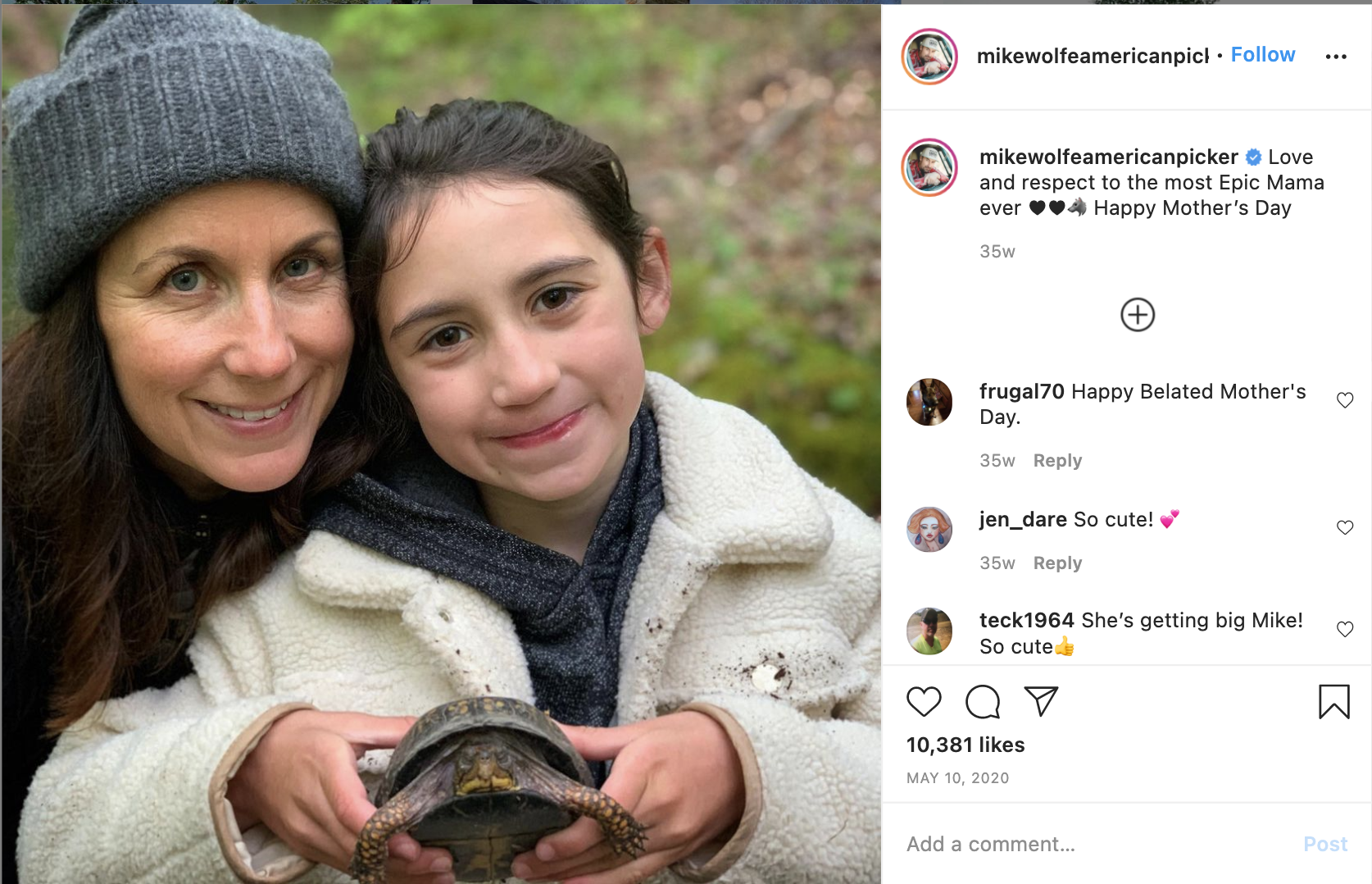 The two started dating shortly after crossing paths and tied the knot on September 8, 2012, in an “Oh Brother, Where Art Thou?”- themed ceremony at Leiper’s Fork, Tennessee. Jodi was excessively terrified to become a mother once again at 41 as she had her son more than 24 years back. But she knew that giving her husband a child would prove to be “the most exciting moment” for her. Wolfe and his wife happily welcomed their daughter, Charlie Faeth Wolfe, on January 30, 2012. 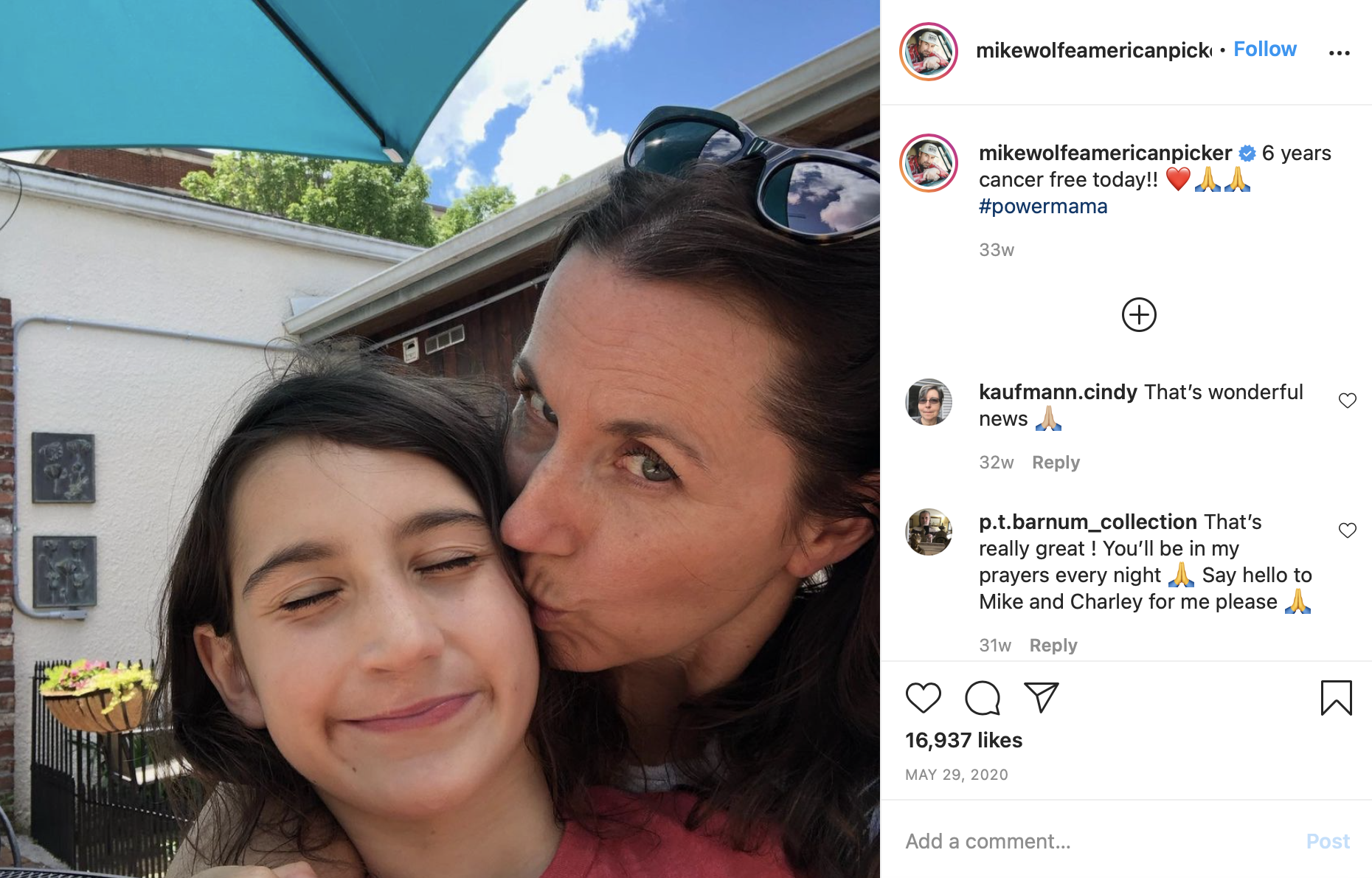 While having the baby girl in their lives was no less than a blessing, it was detected that Charlie would be born with a cleft lip and palate. The soon-to-be-parents were naturally “devastated” but accepted that situation for what it was and bravely faced the two surgeries within the first year she was born. Feeding became a major obstacle, but Wolfe and his wife figured out a solution by “cutting a Y in the bottle’s nipple.” 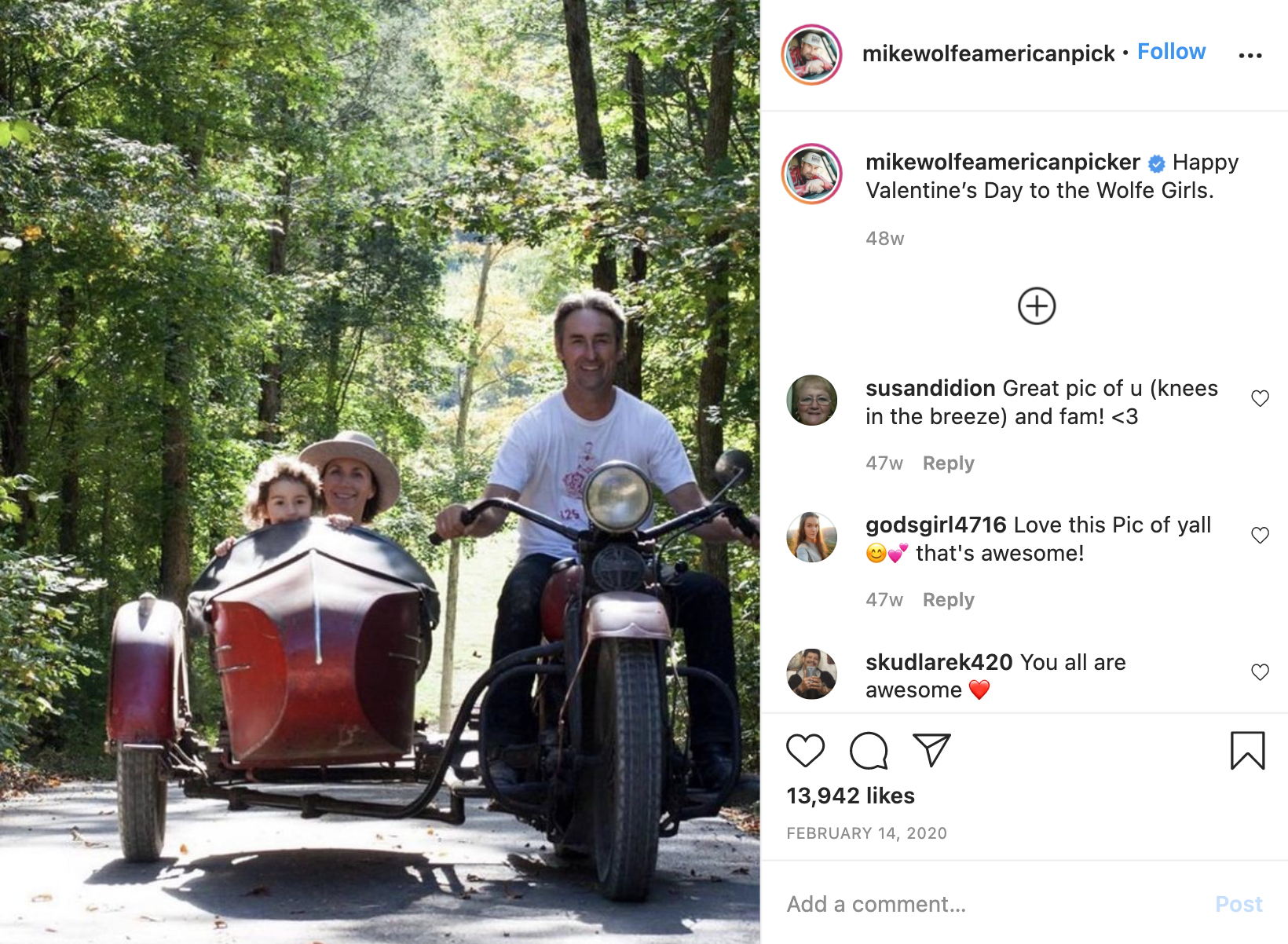 Though the two were lucky to have the resources to undergo the necessary medical treatments, they eventually became ambassadors of Operation Smile. It is a noble organization that caters to countries that do not have the much-needed resources and thus, financially aids them to give lifesaving surgeries to children. Sadly, another tragedy fell on Wolfe and his wife, as Jodi got diagnosed with stage 2 Non-Hodgkin’s Lymphoma in late December 2013, despite being a “vegan, exercising, juicing mama…”

But having caught it early on, she received the best course of treatment. After six years in May 2020, and the TV star elatedly shared the news that Jodi was cancer-free. Though it is hard for his wife to see Wolfe away from home for long periods, they both do not let the communication gap crack their picture-perfect marriage. The couple and their adorable little family of three enjoy their quiet country life in Tennessee, as it “makes you (them) slow down a bit and keep the important things in perspective.”

Read More: Danielle Colby From American Pickers: Everything We Know