The Beverly Hills power couple who feature prominently on Netflix’s new reality series, ‘Bling Empire,’ have more to them and their life together than just throwing ultra-lavish, wildly extravagant parties. While it’s true that Hollywood plastic surgeon Dr. Gabriel Chiu and his amazingly stylish wife Christine do enjoy hosting over-the-top opulent events for their equally illustrious friends, they also have another side to them. Christine and Gabe are also like any other married couple with problems involving in-laws and kids. Curious to know more about the marriage and family life of Christine and Gabriel Chiu? Here’s everything we know.

Christine and Gabriel Chiu have been married since 2007, and all evidence points to a mostly happy, strong relationship, although not completely without problems. For ten years after their wedding, Christine and Gabe could not have a child, despite trying for years. Dr. Gabe comes from a very conventional and traditional Chinese family who is directly descended from the royal Song dynasty. As a woman married into a royal bloodline, Chinese culture dictates that it’s Christine’s “duty” to produce a male heir. When she couldn’t do that for ten years, Gabe’s family started to make it clear that all was not well. His extremely strict and controlling parents ill-treated Christine as a way to make their displeasure and dissatisfaction known. The whole family blamed her for not being able to conceive a child.

But they were being kept in the dark. It’s a testament to Christine’s love for her husband that she took the blame so that the family wouldn’t know about Dr. Gabe’s infertility issues. Rather than let her husband suffer embarrassment, Christine chose to bear responsibility for their inability to procreate and be shunned by her in-laws. The worst part of it, though, is that Dr. Gabe did not stand up to his own family and tell them to lay off his wife. He went silent when he should have defended Christine in front of his parents. But on ‘Bling Empire,’ Gabe admits that he knows his lack of action caused his wife to suffer, and he is apologetic about it. A man who is willing to admit and own up to his past mistakes on an international platform such as Netflix is a man who is truly sorry. And now, it does seem like Christine and Dr. Gabe are in a much better place in their relationship. 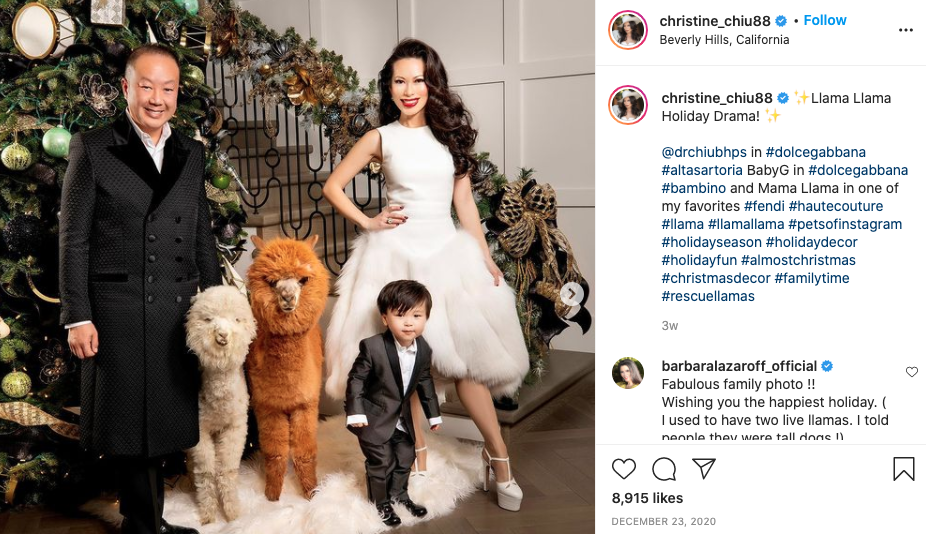 Christine and Dr. Chiu have one child, Gabriel Chiu III (better known as Baby G), who was born after ten years of marriage and rounds and rounds of IVF treatments. In June 2019, the Chius threw a huge bash for Baby G’s first birthday (the party cost approximately $1 million!). The fancy affair was held at the Cayton Children’s Museum in Santa Monica, where Christine and Gabe made a hefty donation to set up the Chiu Fun-For-All fund, which will pay for the entry of underprivileged kids. Apart from the museum’s own attractions, there was also a custom-built roller coaster, an incredible Ferris wheel, fun and unusual carnival games including a Gucci claw grabber machine (with Gucci products inside instead of the normal stuffed toys), an awesome arcade, live musical performances, and a private showing of Bob Baker’s Marionettes. It’s not an exaggeration to say that Christine and Gabe went all out for the celebration of their baby’s first birthday. 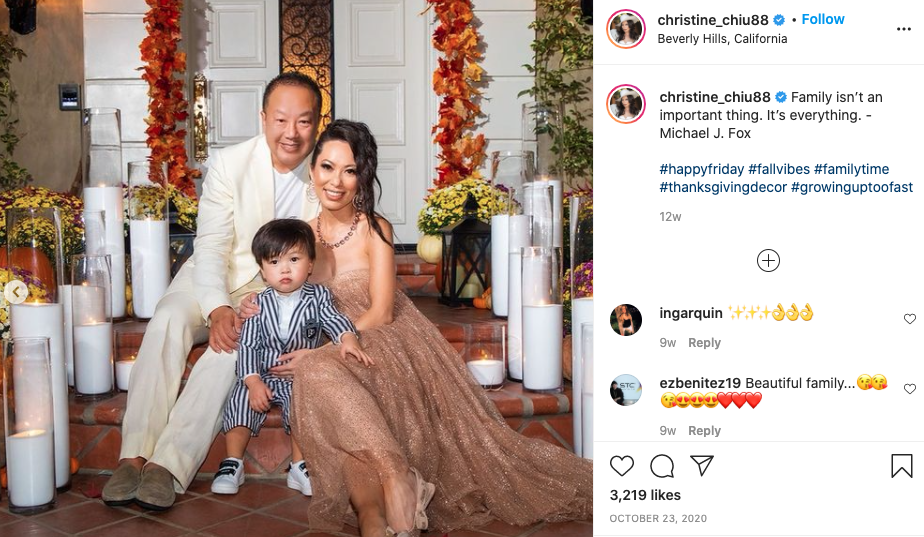 While Dr. Gabe has expressed explicit interest in having another baby – he was even on board to try surrogacy when the doctor made it clear that Christine’s health will not allow another harrowing pregnancy – Christine herself does not want another child. She feels that surrogacy is looked down upon in the traditional Chinese culture, and Gabe’s family will be mad that Christine is not carrying their baby. On ‘Bling Empire,’ Christine tells Gabe that she doesn’t ever want to do anything that would bring shame to his family because then she is the one getting blamed and ill-treated, and she just cannot go through something like that again. Gabe, while angry at first, is ultimately understanding of where his wife is coming from and drops the idea of having another child. For now, it seems like Baby G will be the sole prince of the Chiu family.