TLC’s ‘Unpolished’ exhibits the day-to-day personal and professional lives of the Martone family, with grander details from Lexi and Bria Martone’s lives. They co-own Long Island’s Salon Martone, which is much-loved by the locals and even visited by celebrities and tourists. Since the salon’s inauguration in March 2016, Lexi’s knack for mind-blowing nail art and Bria’s flawless hair and skin styling services have been wowing its customers.

The reality series focuses on the interpersonal relationship of the talented sister duo, the hassles involved in running a business successfully, and the drama that happens within the Martone mansion. We here to provide all the details of the exciting lives of the Martone sisters, that you might have missed out on!

‘Unpolished’ has introduced to the world the Martone family, their business, and the interesting personalities of their family members, glittery clothes, and hearts of gold. Though Lexi and Bria Martone share complicated dynamics with one another and the rest of the family, there is surely no crack between them. 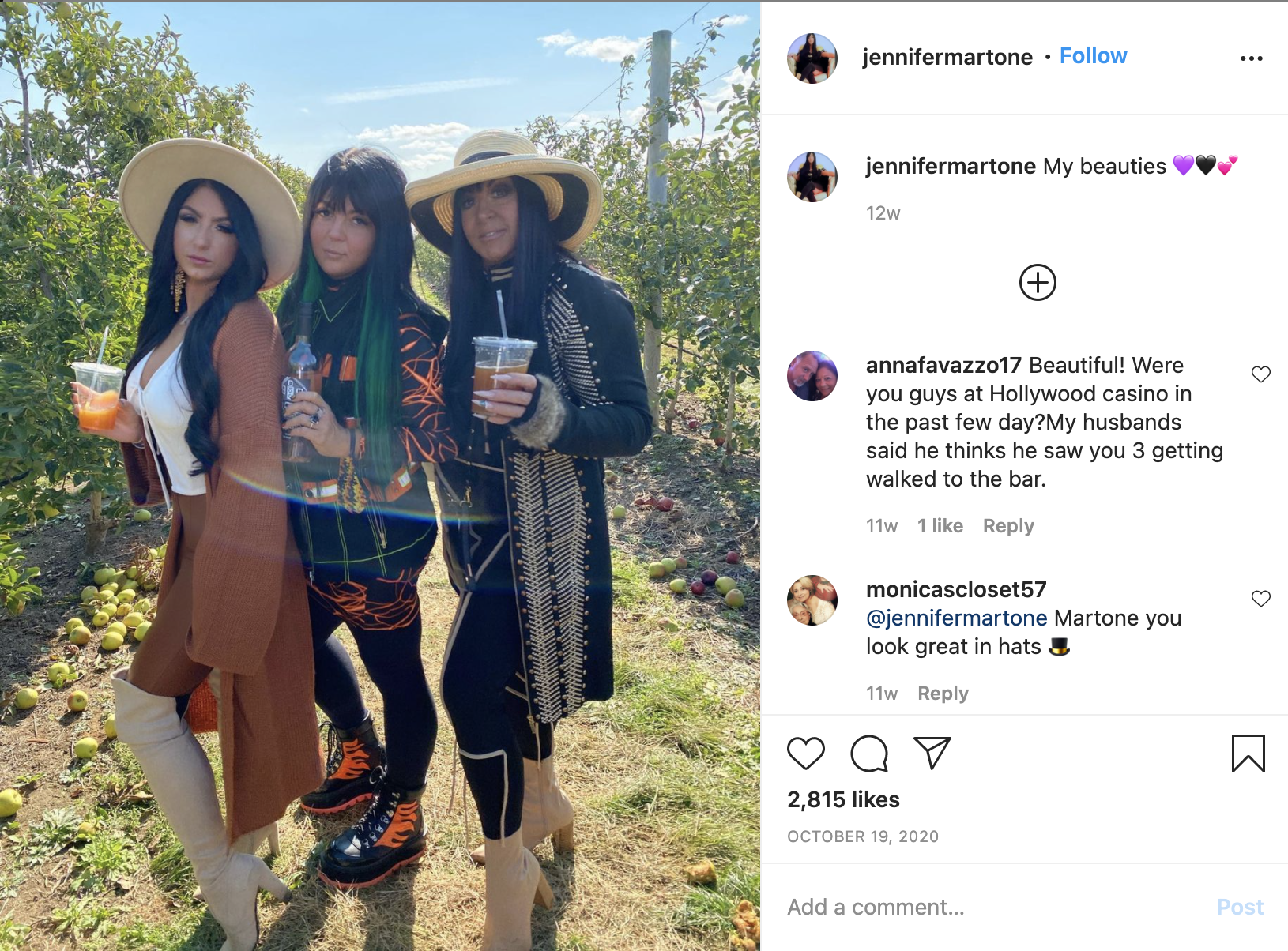 Starting with the eldest, Grandma Eleanor “Foxy” Varuzzi is a seasoned hairstylist who is often seen at the salon giving clients miraculous hair transformations. She is the sisters’ maternal grandmother who keeps herself busy “doing her thing” two days a week. Lexi and Bria’s mother, Jennifer Martone, has been running the posh salon’s front desk. She continues to be an incredible mother to both her daughters and nurtures them both with all the love and care. 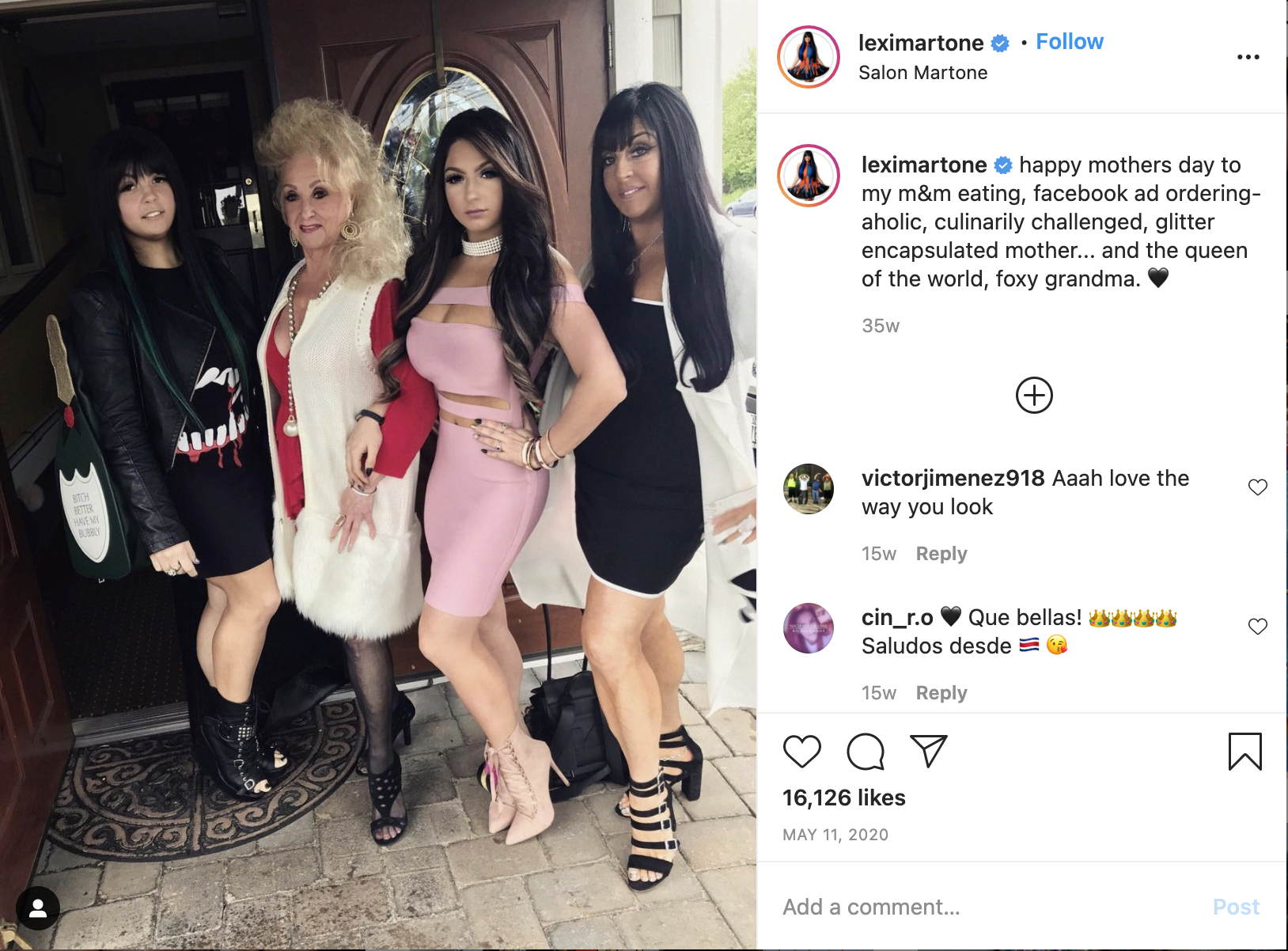 Despite being adults, Lexi and Bria reach out to their mom on the occasion of an argument or fight between them. Her husband, “Big Mike” Martone, was an accomplished businessman and an exemplary father before he sadly passed away in May 2020. The Martone sisters’ unconditional love for one another can be seen from how Bria stood by Lexi’s side during the gastric sleeve surgery she underwent to shed the extra kilos. Likewise, Lexi has always been overly protective of Bria, a licensed cosmetologist, especially when it comes to matters of the heart.

TLC is incredibly saddened at the passing of “Big Mike” Martone, beloved father, grandfather, and patriarch of the Martone family. Our love and condolences go out to the entire Unpolished family at this difficult time. pic.twitter.com/QkibvdM4VV

TLC’s official description of the crazy yet endearing family is on-point as it aptly states, “It takes more than a broken nail or a split end to mess with this tight-knit crew, but just like any family, they face their fair share of challenges that test their bond and patience.” Big Mike is dearly missed by his daughters and wife every day, yet the family tries its best to continue living a normal life despite the grave void.

Upon the inception of ‘Unpolished,’ the viewers saw Bria Martone engaged to her long-time boyfriend, Matthew “Matt” Mancuso. They had been dating for eight years, during which the on-again and off-again relationship stood the test of time. Considering Matt’s battle with substance abuse, recovery at rehab, him impregnating his then-girlfriend Jade Falzon, Bria has truly faced it all. But at the end of the day, their love emerged victorious as he popped the question on August 5, 2018, and she elatedly said yes! 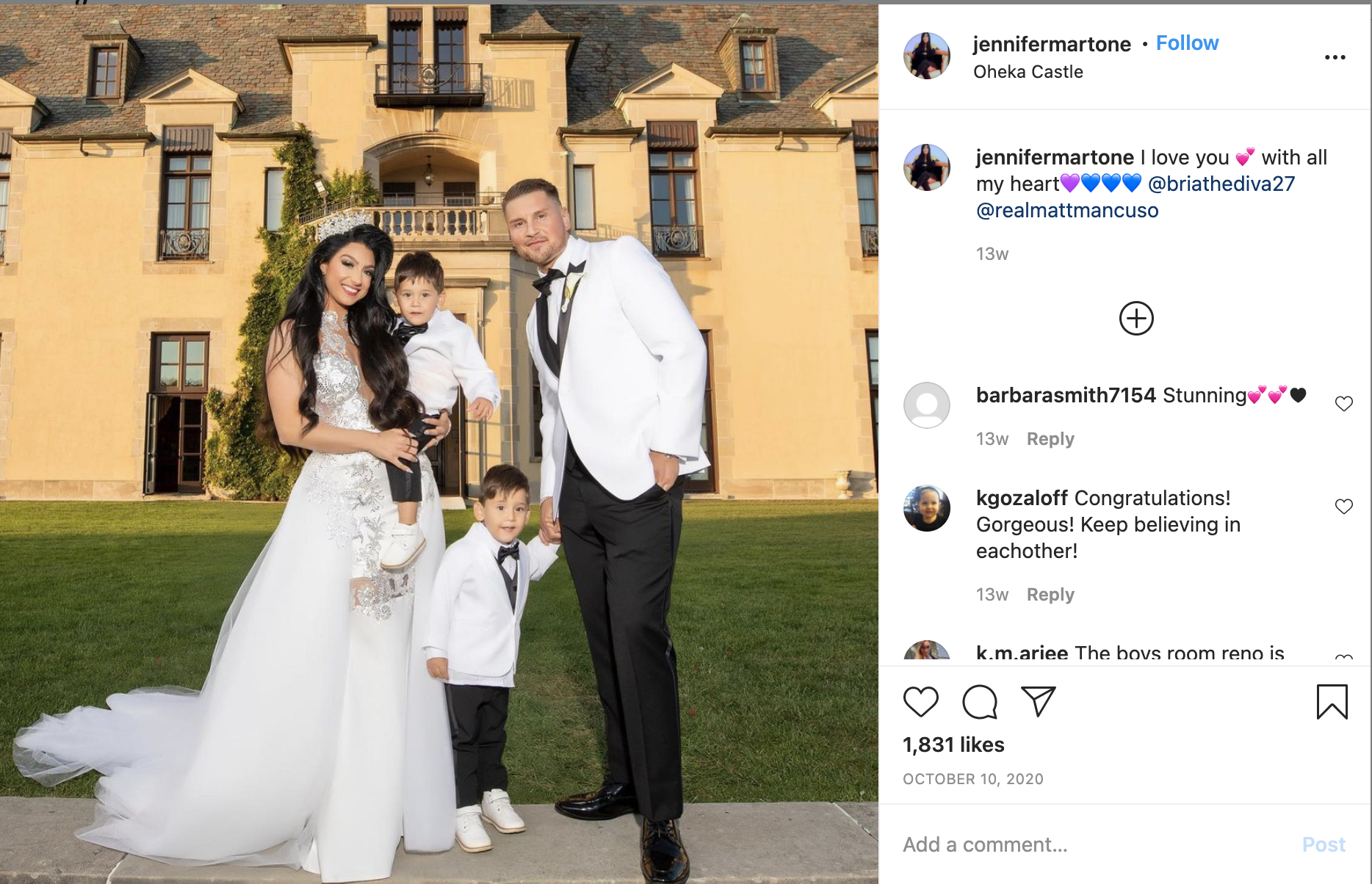 Irrespective of how vehemently Lexi opposed the idea, Bria and Matt exchanged their wedding vows on September 12, 2020. During the two years of courtship, the fans saw her struggle with the concept of being a stepmom to Ronin and Logan. Eventually, she not only came to terms with it but now also looks at the boys as her own babies. Bria is also excited about sharing her “future children” with the love of her life. 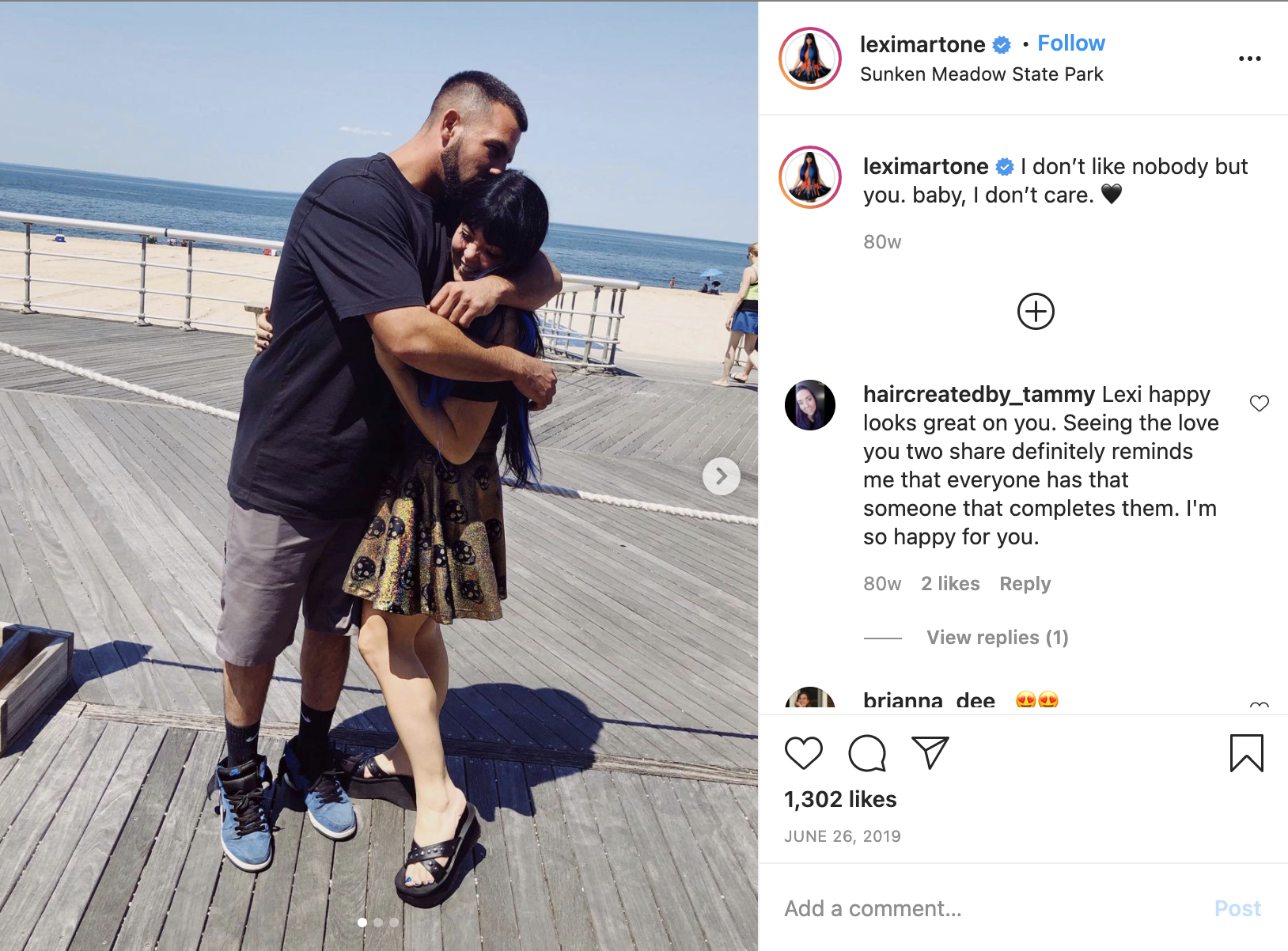 Lexi Martone has been in a committed relationship with Joseph Fraumeni since 2018 and started to live together within a year of knowing each other. They crossed paths when the “hot guy” came to deliver a lettuce salad at her salon as he worked next door. Sparks flew all around as Lexi failed to take her eyes off him, and they started dating soon after. While her fans see less of him on the reality star’s social media accounts, there is no official announcement of them calling it quits.

Read More: Where Is Unpolished Filmed?