After a series of holiday-themed films, Lifetime has come up with effective palate cleansers like ‘The Nanny Murders.’ Also known as ‘Nanny’s Killer Scandal,’ the thriller film revolves around Jamie who takes up a job as a nanny for Walton’s kids. Walton is a well-known business tycoon and Jamie’s idol. Soon things start to go downhill as he makes unwelcome sexual advances. What’s more, he is even willing to kill to keep this dark side of his a secret! Intrigued? Well, here is everything you may want to know about the film!

A good portion of the movie is set in Walton’s luxurious family house. The film’s visuals reflect the panic and unease of Jamie’s character as it reaches the climax. Are you wondering where the film was shot? Here are the details!

‘The Nanny Murders’ was filmed in Los Angeles, California. Also known as the “Entertainment Capital of the World,” the city is home to Hollywood. Almost everywhere you look, the city is full of picturesque places that make an excellent frame for the screen. Some of the frequently used filming locations in L.A. are Union Station, the Hollywood Sign, Stahl House, Bradbury Building, Griffith Observatory, and Angels Flight. 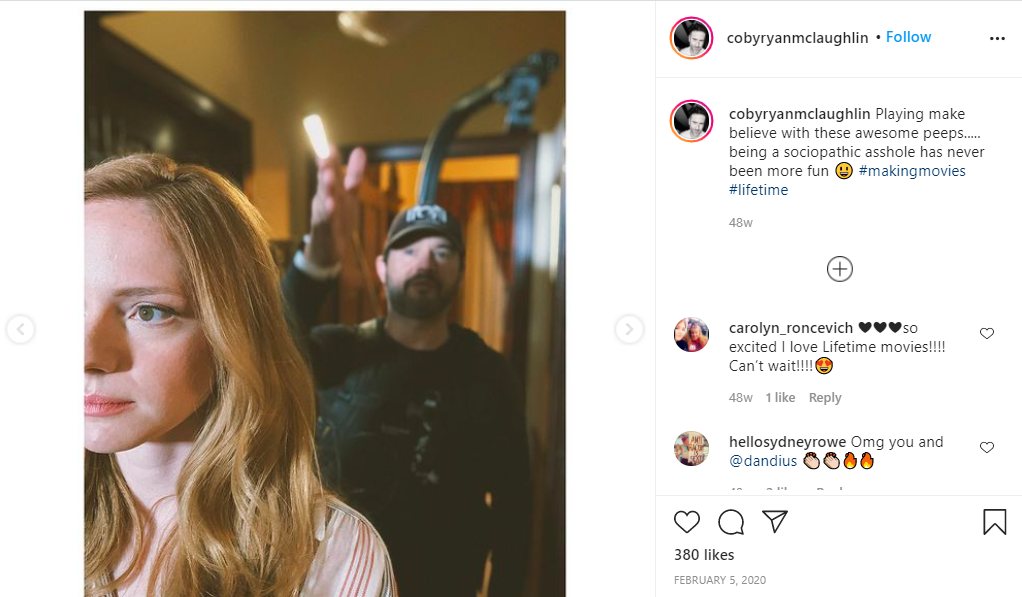 Creativity is an essential part of L.A.’s identity. It has more artists, dancers, musicians, filmmakers, and writers, living and working in the city than any other city in the world. The neighborhood of Hollywood merged into L.A. in 1910, when ten movie companies of L.A. were already in function. By 1921, 80 percent of the global film industry settled in the city, which also kept it cushioned from the impact of the Great Depression.

Being the heart of the Thirty Mile Zone, L.A. has the best filming studios and production facilities in the world. Lifetime often films its movies in and around L.A., using real-life locations for interior and exterior shots. In the movie, we see the sprawling private property of Jamie’s employer. L.A. has no shortage of beautiful homes like this, especially in neighborhoods such as Malibu, Beverly Hills, Bel-Air, and Holmby Hills.

Mia Topalian essays the role of Jamie. You may recognize the actress from ‘Runaways,’ ‘Dating to Kill,’ ‘Shoelaces for Christmas,’ ‘All My Children,’ ‘Stalked by My Mother,’ and ‘Criminal Minds.’ Coby Ryan McLaughlin portrays Walton, the business magnate who hires Jamie. He features in television series and films such as ‘General Hospital,’ ‘The Young and the Restless,’ ‘The Engagement Clause,’ ‘Parenthood,’ ‘Two and a Half Men,’ and ‘Inseparable.’

Arianne Zucker plays Walton’s wife, Sheryl. She is known for her role as Nicole Walker in ‘Days of Our Lives.’ Her other notable works include ‘The Last Resort,’ ‘Ex-Wife Killer,’ ‘Mommy Be Mine,’ and ‘His Perfect Obsession.’ Other cast members in the movie are Matt Pratt (Ryan), Kennedy Tucker (Claire), Robert Palmer Watkins (Zack), AnaSofia Bianchi (Madison), Fayelyn Bilodeau (Mara), and Elena Campbell-Martinez (Annette).

Is The Nanny Murders Based on a True Story?

No, ‘The Nanny Murders’ is not based on a true story. Gigi Gaston directed the film from the script by Brooke Purdy. Sexual harassment at the workplace is starting to be looked into more seriously than ever. However, a large section of the workforce slips through the cracks when it comes to legal protection from emotional, verbal, physical, or sexual abuse, especially if they are employed in a domestic space. On April 24, 2018, more than 200 domestic and farm workers gathered in front of the US Capitol to bring attention to the lack of protection against sexual harassment for millions of employees like them.

The film centers around the fact that Walton does not take Jamie’s rejection kindly, which is, unfortunately, a very common occurrence in the interaction between the genders. For a long time, men’s persistence to “get the girl” has been seen as a romantic gesture where ultimately their romantic interest reciprocates. However, not many films or series focus on a healthy friendship between two people that goes beyond the phase of handling rejection. Another Lifetime film that shows rejection handled poorly is ‘The Wrong Fiance.’