Craig Ferguson is a renowned Scottish-American TV host, comedian, author, and actor who rose to international fame in 2004 with his very own talk show, ‘The Late Late Show with Craig Ferguson.’ The winner of the 2009 Peabody Award, Ferguson’s fan-favorite show concluded in 2014, and the viewers have been yearning for him to grace their screens once again. He went on to host a syndicated game series ‘Celebrity Name Game.’

The game show earned him two Daytime Emmy Awards for Outstanding Game Show Host in 2015 and 2016, and another nomination the following year. After hosting History network’s panel show ‘Join or Die with Craig Ferguson,’ the seasoned host worked on a special YouTube web show in 2017. Out of all the illustrious projects Craig Ferguson has taken up so far, why does this one remain so close to his heart? Before diving straight into the answer, let’s have a look at Craig Ferguson’s former relationships and kids!

Craig Ferguson got married to Anne Hogarth in 1983, and the two parted ways in 1986 after living together in New York. After a traumatic period of heavy indulgence in drugs and alcohol, Ferguson headed to rehab and in order to give his life a fresh start, turned towards Hollywood in 1994. Ferguson got married for the second time in 1998 to Sascha Corwin, the daughter of a wealthy American financier and herself, the founder and proprietor of Los Angeles’ SpySchool. 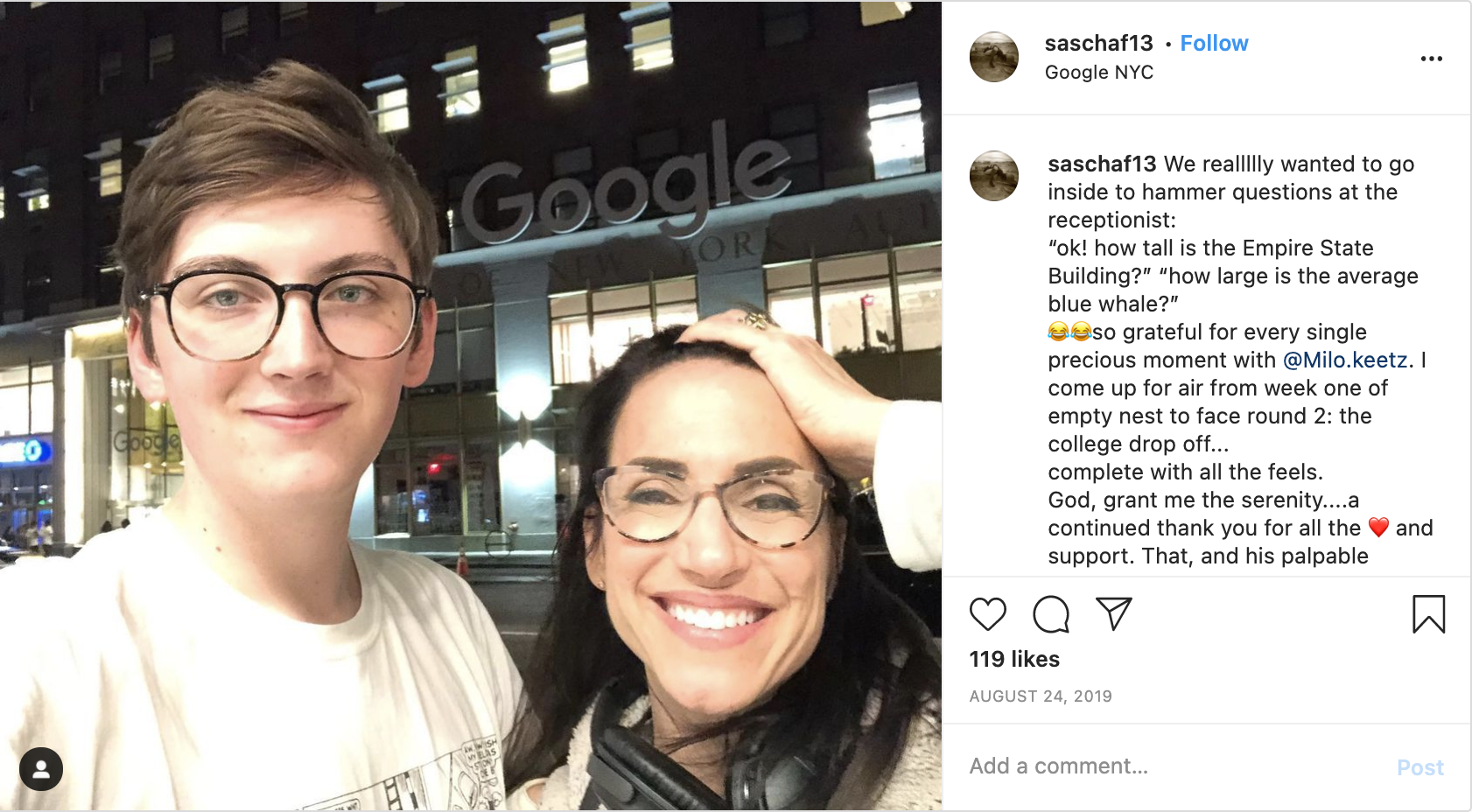 Sascha and Ferguson welcomed their son, Milo, three years after sharing their wedding vows (2001) and got divorced after another three (2004). Undoubtedly, the two had an amicable separation as they share their son’s custody and live close to each other in Hollywood Hills. In an Instagram post, Sascha humorously took a dig at her ex-husband, re-affirming to the followers that there is no bad blood between them.

Failed relationships or even marriages cease to bring pain if one is lucky enough to meet the love of their life eventually. Craig Ferguson surely thanks his stars for crossing paths with the gorgeous Megan Wallace Cunningham, a famous art dealer, and author. During one of the candid conversations, the talk-show host confessed how blessed he felt to be in a committed relationship with her. Expressing his gratitude, Ferguson said, “It saved me, to be honest. I think I would have made a fool of myself.”

Craig and Megan had kept their relationship low-key since the day they met, so how or when they started seeing each other is not of public knowledge. It is speculated that the pair dated for more than a couple of years before tying the knot over the holidays in 2008. Craig announced on his CBS ‘The Late Late Show’ that he walked down the aisle for his longtime girlfriend at her family farm in Chester, Vermont, and celebrated their union in an intimate ceremony. He flexed his chic wedding band and a picture of his new wife and himself from their wedding on the talk-show. 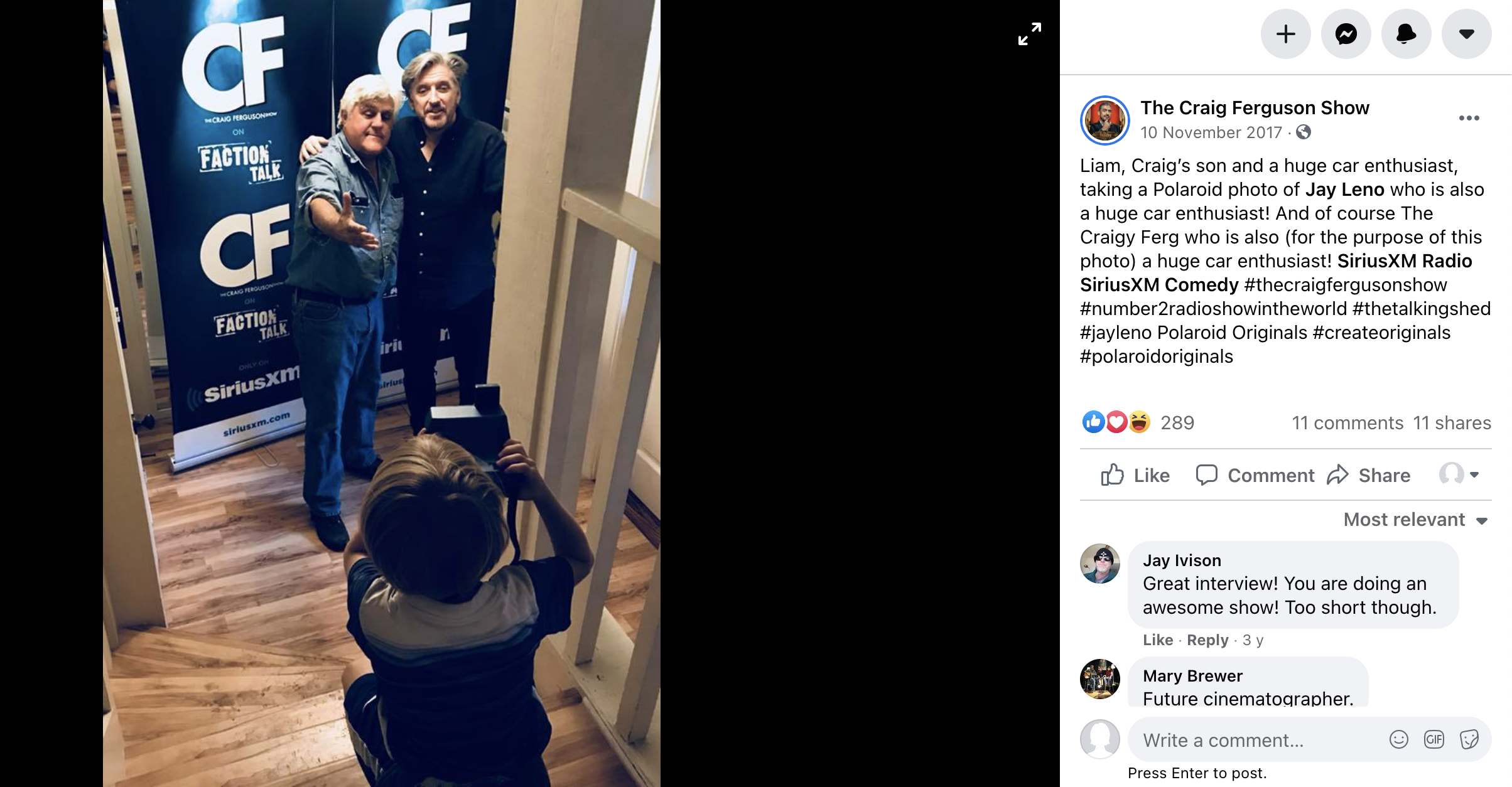 Craig shared the happy news that his wife, Megan, was expecting their first child in 2010 and the announcement, of course, entailed a dash of his archetypal humor. The couple welcomed their son, Liam James, in 2011 and have been very protective of his identity ever since. In addition to having successful and independent careers, the Ferguson partners agreed to sign up for a six-part interview series on YouTube called ‘Couple Thinkers.’

Interestingly, the show’s creators gave Craig the task of finding a co-host with whom he could have a meaningful conversation with and the only name that popped up in his head was of his wife. Through their show, which is a reflection of their bond, the happy couple explores the minds of prominent personalities to discuss thought-provoking topics like life, the creation of the universe, and the state of the planet.

Read More: Is Ken Jeong Married? Does He Have Kids?