Tony Parker, the winner of four NBA championships over his 17-year career with the Spurs, is a French-American former professional basketball player. The 2006 San Antonio All-Star Shooting Stars team member is also an entrepreneur as the majority owner of ASVEL Basket, a French professional basketball team, in LNB Pro A. In 2012, he ventured into a nightclub business that closed down within a year. Named the MVP of EuroBasket in 2013, Parker was one of the five esteemed NBA players who represented France at the 2016 Summer Olympics. Netflix lifted the curtain off his impressive career, well-deservedly tagging him as “one of the greatest players in French basketball” in its hit series ‘Tony Parker: The Final Shot.’ While the documentary majorly unveiled his athletic experiences, we are here to reveal the secrets of his personal life!

Tony Parker was still the point guard for the San Antonio Spurs when he met the gorgeous actress and producer, Eva Longoria (now Bastón), in November 2004. The two felt an instant connection with each other and started dating shortly after. By August 2005, the ‘Desperate Housewives’ star came forward to confirm their relationship tittle-tattle. The then-couple was so deeply in love that they got engaged the following year, on November 30, 2006. Parker took pride in admitting during the 2007 NBA All-Star Game that his then-fiancé had taken charge of the nuptials and he was only “going to show up and say yes.” The two got married in the civil service on July 6, 2007, at a Paris city hall and shared their wedding vows in a grand Roman Catholic ceremony the next day at the Saint-Germain l’Auxerrois Church in Paris, France.

Longoria got a tattoo of her wedding date 7/7/07, in Roman numerals on the inside of her right wrist and also got Parker’s jersey number, “Nine,” inked on the back of her neck after some time. Unfortunately, their fairy tale bliss abruptly came to an end as rumors of Parker being involved in an extramarital affair with a model, Alexandra Paressant, started to make rounds by December 2007. Though the couple fervently denied the allegations and even contested (and won!) the case in the court of law, they failed to keep the marital troubles at bay for long. On November 17, 2010, Longoria filed for divorce in LA due to mutual differences and sought spousal support based on a formerly signed prenuptial agreement.

It is with great sadness that after 7 years together, Tony and I have decided to divorce. We love each other (cont) http://tl.gd/71975a

Parker and Longoria’s legal separation got nasty when the basketball player filed for divorce in Bexar County, Texas, on November 19, 2010, citing “discord or conflict of personalities” as the reason. His appeal refuted the existence of a prenup and agreed “for the division of their estate.” They parted ways for good on January 28, 2011, after the finalization of their divorce in Texas as the actress’ lawyers appealed to LA court to dismiss their original statement. US Weekly reported that Longoria gave a vent to her feelings by confessing to her friend and famous actor and TV host, Mario Lopez, that she had read hundreds of “inappropriate” text messages in her now ex-husband’s phone from another woman. Extra, a newsmagazine, revealed the anonymous mistress to be Parker’s former teammate, Brent Barry’s then-wife, Erin Barry.

Tony Parker took his time to get past the ugly events of his much-publicized divorce before meeting the French journalist Axelle Francine through a mutual friend in Manhattan, New York, in 2011. Axelle had recently ended a 10-year-long relationship and thus, found comfort in his company. Before they knew it, their friendship turned into a romantic relationship and the couple could not be happier. Parker took the world by surprise by casually tweeting about his engagement on June 26, 2013, mentioning him having spent time with his “fiance.” So, he had naturally popped the question after dating Axelle for only a couple of years. 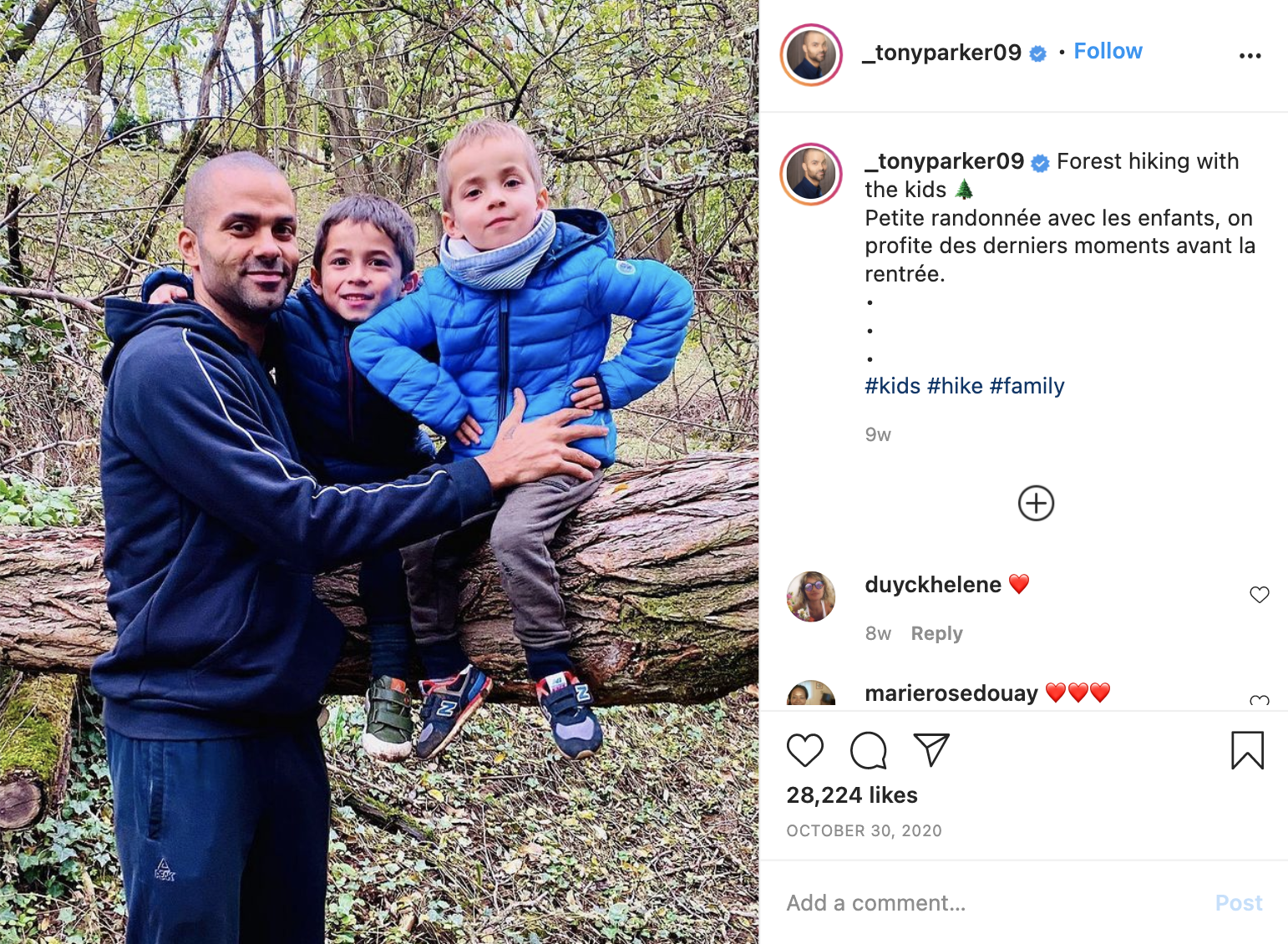 Tony Parker and Axelle Francine welcomed their first son, Josh Parker, in April 2014. The new parents seemed drunk in love when they got married on August 2, 2014, in San Antonio, Texas. PEOPLE reported that their family and closest friends attended their pre-wedding reception held at Cowboy Dancehall. The Belgium-born was elated to announce the arrival of his second son, Liam Parker, in July 2016. He told his fans how “glad (he was) to be a daddy for the second time.” Parker enjoyed a stable professional and personal life for a few years but sadly, it was only temporary as he tweeted on August 3, 2020, that he and his partner, Axelle, had mutually decided to call it quits. The grim news also included that the public declaration had been made to “avoid any rumors or speculation” regarding their private lives.