In ‘Your Honor,’ Hunter Doohan stars as Adam Desiato, a teenager who unintentionally kills the son of a feared mobster, Jimmy Baxter, in a hit and run. When he learns about this, Adam’s father, Michael (Bryan Cranston), tries his best to rescue his son from a grim fate. Since Michael is a New Orleans judge, he is able to deflect guilt for quite some time; but for how long will he be able to keep up this charade? We get some clues in episode 5.

Michael is listening to a completely different case in his courtroom when messages keep popping up on someone’s phone. Soon, he realizes that the device is in his desk and finds, “I know it was him. Your son. Do you know where he is now?” scrawled across the screen. Michael rushes home to find Adam but instead finds Django suffering from seizures. Before the father leaves for the vet, his neighbor, Amy, tells him that a man in a Toyota with a horseshoe on the window had come by to his house.

Carlo has been released from prison, whereas Eugene learns the truth about the explosion that killed his mother and siblings at the funeral. In the meanwhile, Adam is at a coffee shop where he runs into Fia again. They talk about many things under the sun, from the traumatizing loss of family members to his interview at NYU. Lee hunts down Eugene, who has now joined Desire. She just wants to know where their father is just so that she can get another autopsy done for Kofi.

Eugene eventually reveals that Kofi’s father is a different person. Big Mo shows up at Jimmy’s hotel and tells him that Kofi stole the car one day after Rocco had already died, implying that Kofi could not have killed Baxter’s son. After all, the timeline does not add up. Lee traces down Kofi’s father and convinces him to sign the papers for the second autopsy. Michael gets a text instructing him to take more than $200k at 6 pm to a specified location.

Your Honor Episode 5 Ending: Who is Blackmailing Michael?

Jimmy confronts the cop who had blamed Kofi for the crime. The officer gives the mobster a flash drive that contains all of the evidence regarding Rocco’s case. Gina listens to the 911 call, and eventually, the Baxters realize that the actual culprit headed to a gas station after the murder. Michael goes to the bank to withdraw the cash but cannot since it is a very large amount and the bank is ill-equipped to shell out that much money instantly. 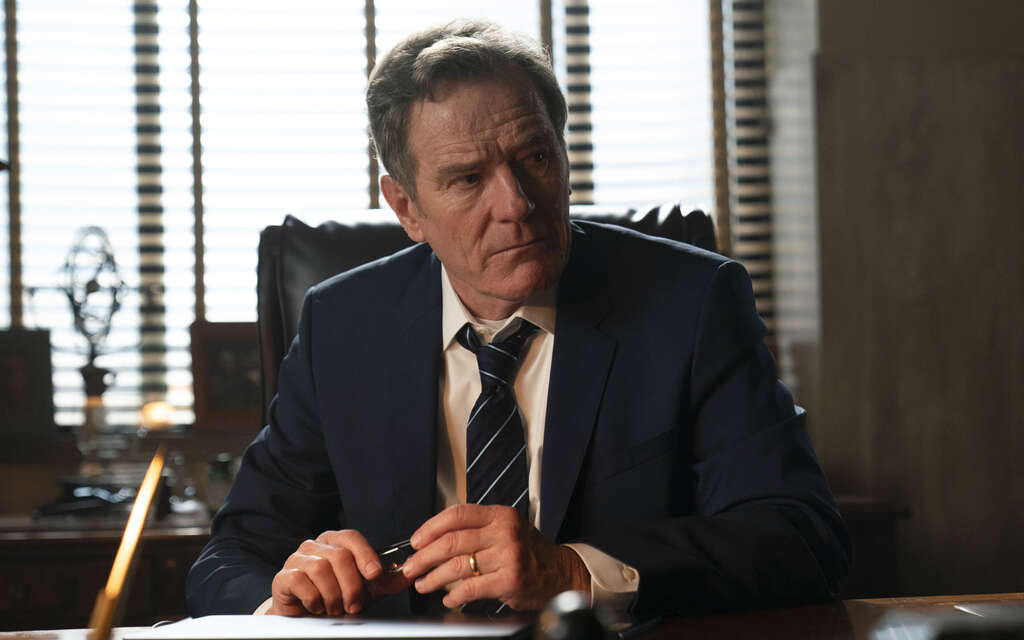 The man calls Michael once the latter is at the location. Michael states that the blackmailer probably doesn’t even have any proof and is simply bluffing. On the other side of town, Jimmy and his men narrow down their search radius to 3 gas stations in Chalmette, where they finally run into the gas station owner with whom Michael had established a fake friendship. Michael’s blackmailer then sends him the video of Adam at the gas station and tells him to keep the money ready.

This episode’s events have certainly driven home the gravity of the predicament that the Desiatos find themselves in presently. More importantly, we couldn’t help but wonder who the blackmailer really is? Is it someone from the police or the Desire gang? What are the chances of it being Adam’s teacher or Michael’s mother-in-law? We came up with a few of our own theories.

Before we talk about who is on the other side of the line, we think it is equally pertinent to discuss who is not the blackmailer. Firstly, we can rule out the possibility of it being one of the Baxters. Carlo was just released from jail and killed Kofi to avenge his brother’s death. So he evidently does not know about Adam. The husband-wife duo also continued to attack Kofi’s family, revealing that they did not suspect the kid at all. For them, all signs pointed to the Desire gang.

It is only in episode 5 that they uncover that Michael has something to do with the accident. Fia is a bit more reserved and quiet, and while she doesn’t necessarily vocalize her thoughts all the time, one must not construe her silence for naivety. In the last two episodes, she has met up with Adam, and the two also have a funny and somewhat flirty conversation in episode 5. But since not much else has been revealed about her yet, it is hard to ascertain if she’s aware of the truth. 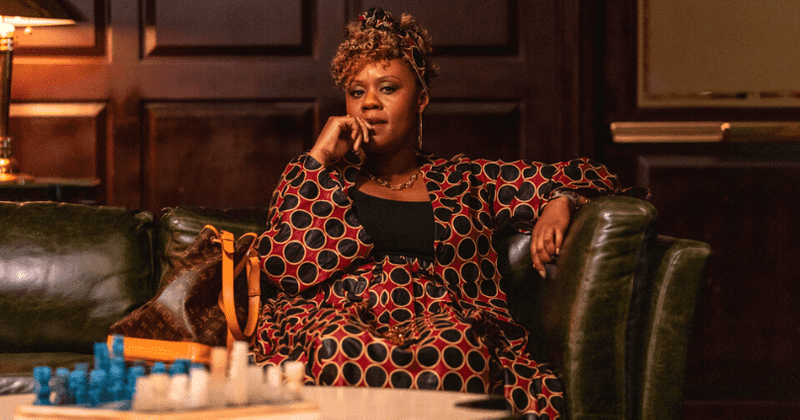 The person who is blackmailing Michael is someone who knows about the accident and also has access to the security tape from that day. If you think back to the very first episode, there were at least two parties that knew that something serious has gone down. The first is Amy, who keeps an eye on things from her property. The second is the gang members, who were seen in the vicinity of the accident as well. In all likelihood, we think that it is someone from the Desire gang who knows the truth about what transpired that day since they saw it all with their own eyes.

Furthermore, it is evident that Big Mo is quite protective of her people. Since Kofi and most of his family has been killed because of this case, it is possible that the gang has uncovered the truth and wants to torment the judge in a similar fashion. Another candidate we considered was Michael’s very own mother-in-law and esteemed senator, Elizabeth Guthrie. However, she seems like a very wise lady, and indulging in blackmail seems to be below her caliber. It just doesn’t seem like her style. 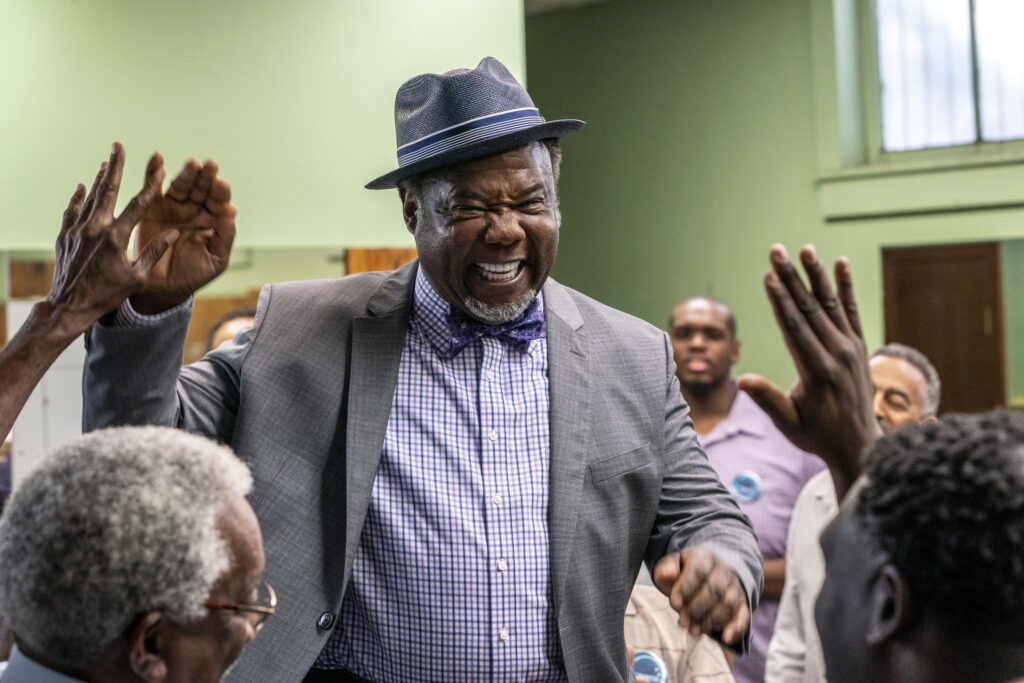 Lastly, it could also be Charlie, Michael’s politician buddy. He essentially knows the truth behind the events. In fact, he was the one who contacted the cop who eventually contacted the gang to make the blue Volvo “disappear” from the Desiato residence. At one point in the show, he even shouts at Michael and tells him that apart from going to the police, there is no solution as such when it comes to the hit and run and its many consequences. Could it be possible that Charlie, with the help of another corrupt official, has somehow gotten his hands on the tape in an attempt to secure the Mayor’s seat? After all, the cash could help Charlie’s election campaign as well. As for what the truth is, we will have to wait for the next episode, but these are our best bets thus far.