‘Dare Me,’ created by Megan Abbott and Gina Fattore, is an American teen drama based on the eponymous novel by Megan Abbott. It follows the tumultuous story of two best friends, Addy (Herizen Guardiola) and Beth (Marlo Kelly), after another person is introduced into their lives. They are cheerleaders in Sutton Grove High School who are assigned a new coach (Willa Fitzgerald) to uplift the team, but things start to spiral into the depths of chaos and confusion, especially after the uncovering of an unexpected crime. The series was filmed in a way that makes the viewers aware of the suspense surrounding the truths that have not yet been discovered. The backdrops are likewise subdued, coupled with gloomy undertones that grasp the plot and themes highlighted precisely the way they are. Just like the plot, the cinematography is also bound to evoke curiosity in the audience. So where was the show filmed? Let’s find out.

‘Dare Me’ started its production on April 22, 2019, that came to an end on August 6, 2019. The series was filmed in Ontario across various locations. Let’s dive into specifics.

The story is based on a group of kids in Sutton Grove High School, situated in a small Midwestern town in the US, where the cheerleaders are more emblematic of the school’s reputation rather than the high school’s football players. Accordingly, the theme of the show is based on the culture of contemporary high schools across the States. 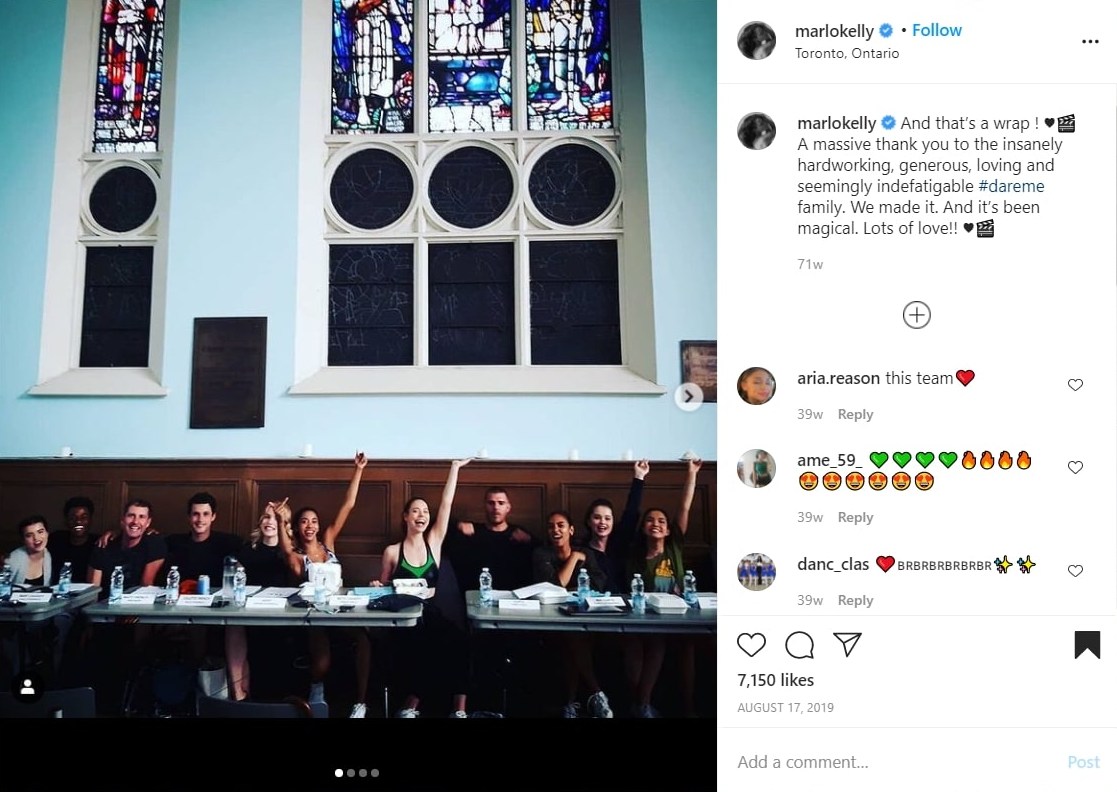 But as far as filming locations are concerned, ‘Dare Me’ was primarily shot in Toronto, Ontario. A Midwestern setup was fabricated to draw in a war-deteriorated, unsavory tint falling across the stretches of modern life in the area. Megan Abbott previously mentioned that the background of the plot is inspired by her own birthplace that is Grosse Pointe, Michigan. A Midwestern vibe was incorporated based on her experiences in her hometown. Although rare, the more glamorous portions filmed in the series include top profile views of the Westin Harbour Castle and Monarch Park Stadium in Toronto. Scarborough was also included in their list of filming spots. Scenes from Handy Market parking lots in Hamilton additionally contributed to this stimulating visual journey.

Other filming locations include Mississauga, Ontario. The production was reportedly filming in a neighborhood called Port Credit, located in Mississauga. The crew was spotted on a gravel embedded space next to the Lighthouse parking lot. They were also seen at Mississauga’s Dairy Cream.

Some new behind the scenes pics of Zach Roerig on the set of Dare Me. 📷: rob.heaps on Instagram. pic.twitter.com/DkXytx3lqO

In an interview, Adrian Walters (who played the character of Jimmy) stated that the production hopped around the Greater Toronto Area, where most of the series was filmed. The scenes are replete with unique locations that formed an important part of the high school cliché. It helped the actor who has worked in major productions like ‘The Handmaid’s Tale’ and ‘In the Dark’ to visualize the city of Toronto in a new light, with fresh avenues to explore. ‘Dare Me,’ in terms of cinematography, concentrated more on introducing a style exclusive to the show through their niche filming spots.