A newly-wed couple met with a disastrous ending when the husband shot the wife while she was sleeping. To this day, the motive behind Amanda Schmitt’s murder is not known, and John Grazioli has not spoken a word in that context. Amanda was a beautiful person inside-out for her friends and family, who were utterly devastated at her loss. Investigation Discovery’s ‘American Monster’ picked up the tragic tale and retold it in an episode titled ‘Too Good To Be True.’ If you are curious to know what happened to Grazioli, we have you covered.

Who Is John Grazioli?

John Grazioli had once studied to become a Roman Catholic priest, but he deviated his path towards a career in finance. He had grown up in Kersey, Elk County. He eventually opened a financial management firm in 2017 and boasted about how he had managed a portfolio of $1.4 billion in assets. Grazioli had had no previous disciplinary records. He was a registered investment adviser for PNC Financial Services, where he had been an employee since December 2009 as per the SEC records. Grazioli obtained a master’s degree in public administration, finance, from Gannon Univerity in 1999, according to his LinkedIn Page.

According to evidence presented at his trial, Grazioli had also admitted to some family members about his on-going pursuits to divorce Amanda Grazioli. He was simultaneously planning a vacation in the summer with Amanda and her family. The evidence further showed that he had also been looking for an opportunity to indulge in an extramarital affair on a mobile phone app. Additionally, he had written Amanda out of his will in January 2018.

The day he shot Amanda, he not only confessed his crime to his ex-wife, but he had also told a Catholic priest at a church that he had killed his wife. The priest then implored him to inform the police, but the priest was the one to dial 911. The police dispatched to the scene then surrounded the Church and the neighboring area to contain Grazioli. He was arrested and then charged with the homicide of his wife along with aggravated assault and possession of an unlicensed weapon.

Where Is John Grazioli Now? 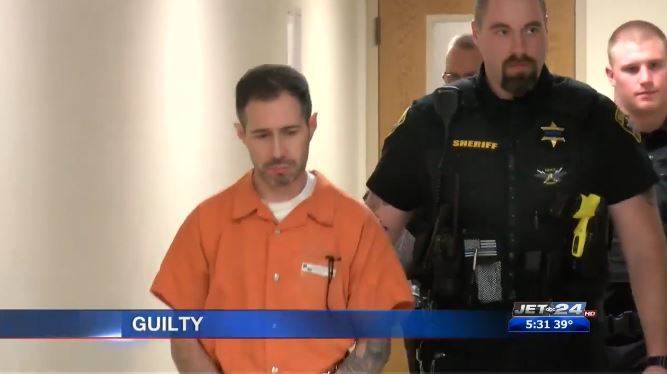 Chief Deputy District Attorney Erin Connelly, during Grazioli’s trial, accused Grzioli of having a “cold and calculated plan” to kill his 31-year-old wife of six months. Examination of Amanda’s body produced a toxicology report, which entailed that Amanda’s blood contained compounds suggesting the intake of marijuana right before the shooting. The reports also showed possible traces of cocaine and alcohol, which had been used together quite recently. Erica Grazioli, John’s former wife, testified during his trial and mentioned that John had told her about his intentions to divorce Amanda. In an email dated February 2018, he said, “I am getting her out of our lives. Please, please keep this a secret until I serve her Tuesday.” In another email, a day before the shooting, he wrote that he was looking to resolve everything soon. Judge Dan McCaffery noted that  Grazioli had also left a box containing his will and letters to his children. There was also a letter addressed to the police with instructions about taking care of his dogs.

During his trial, Grazioli said that the gun he shot his wife with was a birthday gift for her. Amanda’s birthday was almost a month away from the day she was killed. Grazioli’s attorney tried to mount a defense on Grazioli’s claim that he was intoxicated. To this, judge Brabender told Grazioli that no one was going to believe Grazioli’s story. Moreover, the police officers who arrested Grazioli testified that he had not been intoxicated to the extent that would lead him to kill his wife. Plus, he had also written a suicide note where he mentioned that he had killed Amanda and he was going to kill himself. Brabender also included Grazioli’s texts to his ex-wife and his confession to the priest as evidence against Grazioli’s intoxication claim. Grazioli refused to reveal the motive for shooting his wife and was sentenced to life imprisonment.

In April 2019, John Grazioli was sentenced to life imprisonment without the possibility of parole by Erie County Judge Daniel Brabender. Judge Brabender announced the sentence right after Grazioli turned down the last opportunity given by the judge to “come clean” and disclose his motive behind shooting his wife. Grazioli was convicted of the first-degree murder of his wife, Amanda Grazioli, only a few months after their wedding. He is currently serving his sentence in the State Correctional Institution at Rockview, Pennsylvania.

Read More: Amanda Schmitt’s Murder: How Did She Die? Who Killed Her?