Mary Mouser is a fan-favorite actress who rose to prominence in 2007 after being cast as the child lead in the Hallmark original ‘A Stranger’s Heart.’ Beginning her career at the age of 5, she got selected as a photo-double for Abigail Breslin’s character in a science fiction horror movie, ‘Signs.’ The now 24-year-old artist already had an impressive resume when she got cast on ABC’s political thriller TV series, ‘Scandal.’ Her flawless performance as Lacey Fleming landed her the significant role as Samantha LaRusso in ‘Cobra Kai.’ If one character made her famous, the other one surely won the hearts of millions. In addition to acting, Mouser has often professed her love for singing and a keen interest in learning to play guitar. While her professional life seems to be flourishing, we got intrigued to dig precious details about her personal one! 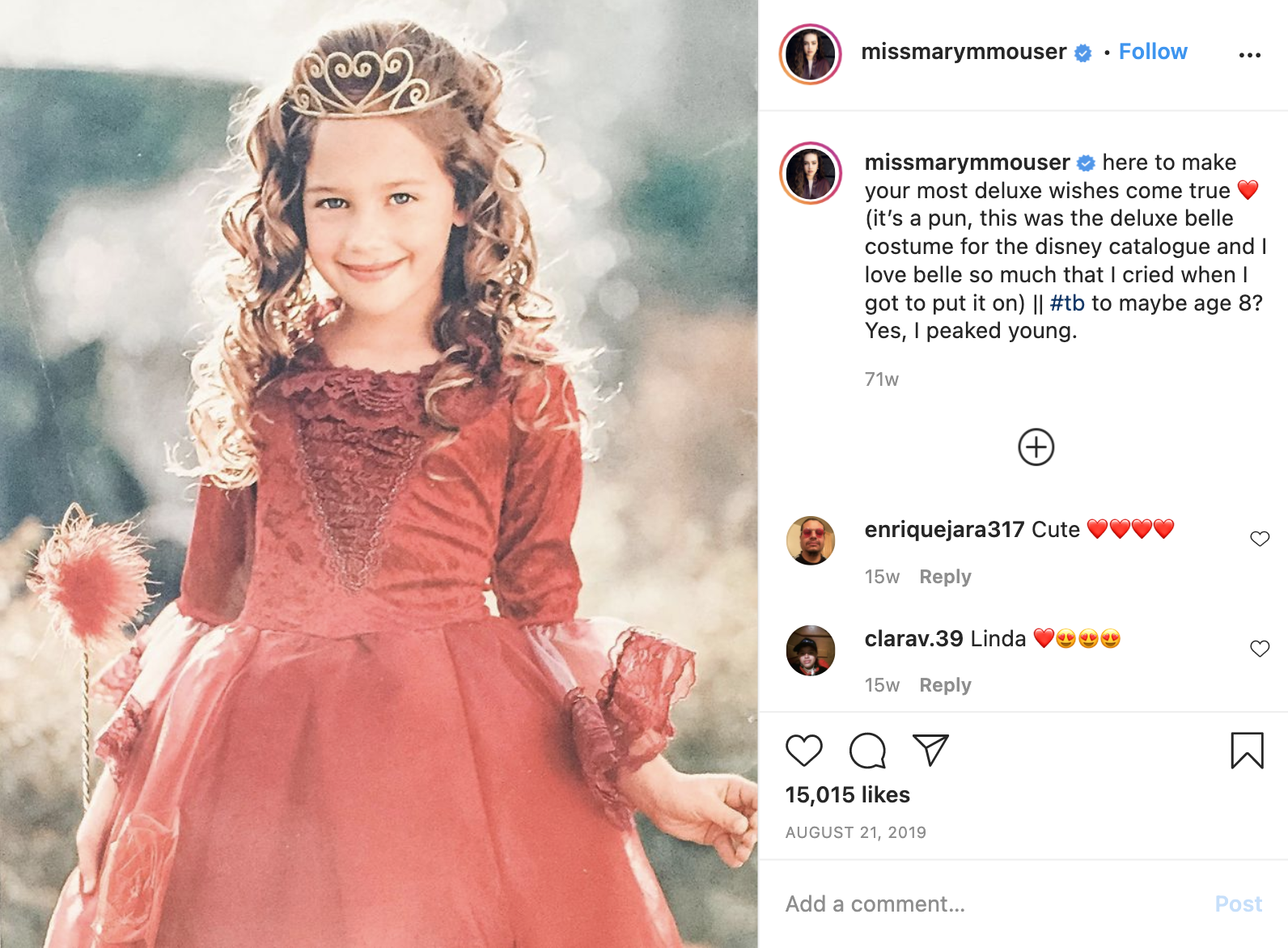 Mary Matilyn Mouser was welcomed by her parents, Tina and Scott Mouser, on May 9, 1996, in Pine Bluff, Arkansas, USA. Self-admittedly, her family’s unconditional support and letting her choose a vocation at her discretion is what pushed her to perform to the best of her ability. Even when she could opt out of acting, she intently listened to her heart’s calling and realized that it was not just a job and, in fact, “nothing made me as excited as acting.” Mouser candidly accepts her parents’ “open” approach towards the subject aided her to feel a sense of freedom while also enjoying her demanding career as a performing artist.

Mouser shares a deeply emotional bond with her clan, including her sister, Laura Ashley Mouser, as well as her brother, Aaron Parker Mouser, who are also immersed in the acting business. She often gives her fans a sneak-peak into the moments she shares with them. In 2009, the actress, unfortunately, got diagnosed with type 1 diabetes and her family stood by her like a rock, helping her make the necessary changes in her lifestyle. Though her dad does not show up on her social media accounts as much as the rest of her family, Mouser has not revealed anything that would hint at a severed relationship.

only 10 sleeps until I get to hug the crap out of him again 😌 #countingdowntheminutes pic.twitter.com/GDFPA5tKcD

Mary Mouser has been blissfully committed to her boyfriend, Brett Pierce, for half a decade. Much like his beau, he is a talented actor, best known for his character portrayal of Rex in the Pop TV’s comedy series ‘This Just In.’ The two crossed paths at a party on November 11, 2015, and were mutually attracted to one another since the moment their eyes met. He gathered up the courage to strike up a conversation with Mouse, whose first impression Wass that of a “cute, hot, badass chick.” Pierce liked her so much so that he ended up mimicking her body language and, naturally, they started dating right away. 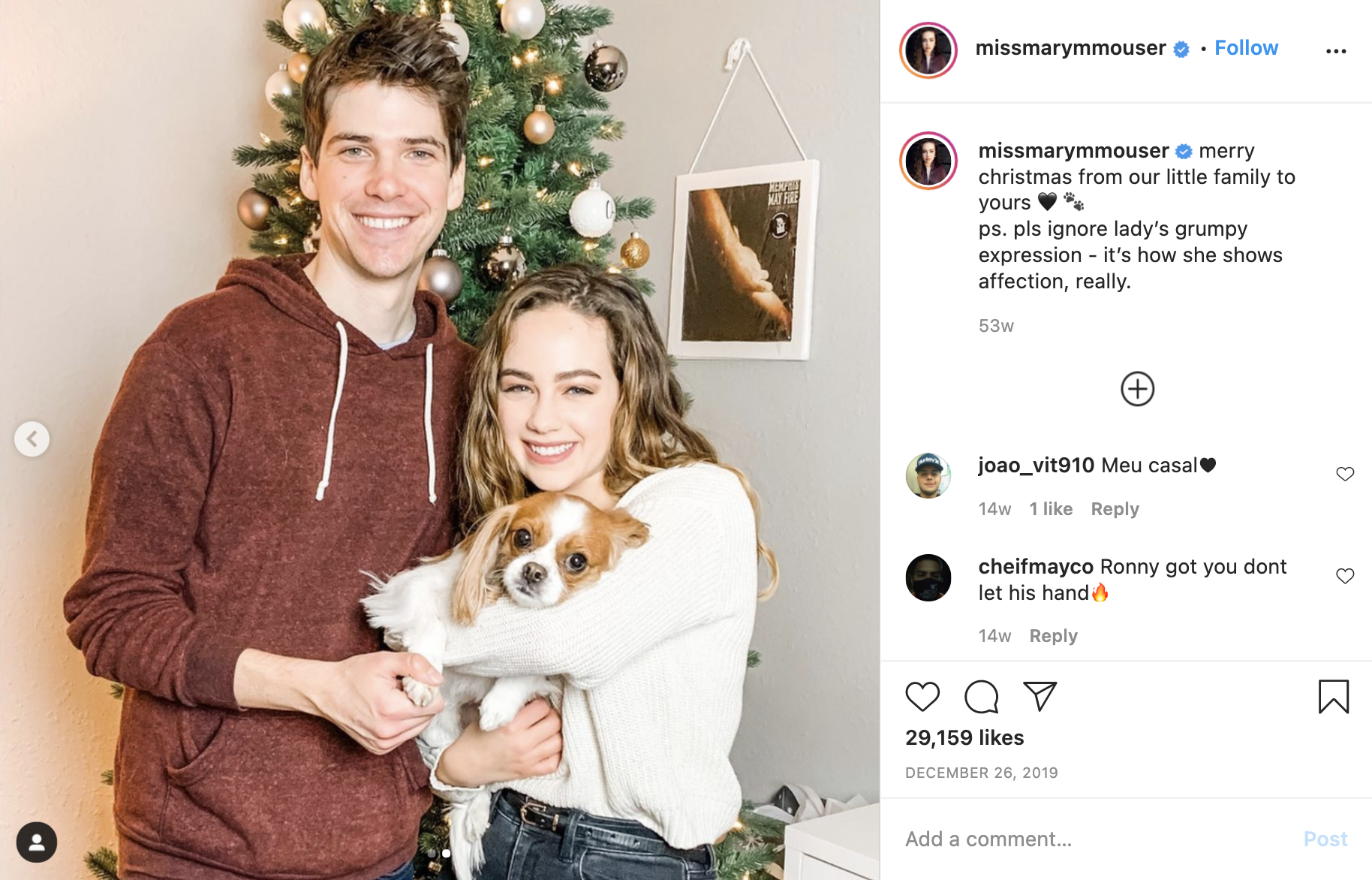 On December 19, 2015, Mouser and Pierce finally got the chance to spend an entire day together and he endearingly took her to “her favorite place in the world, Disneyland,” at the end of which Pierce asked her to be his girlfriend and she happily agreed. Each year, both of them celebrate their anniversary by sharing sweet words of appreciation and adoration for each other on their social media accounts. The endearing couple recently celebrated 5 years of togetherness in 2020 and posted mushy pictures of their happy moments from each year. Such a treat!