Netflix’s period drama series ‘Anne With an E’ is a coming-of-age story that centers on a charming orphan girl whose life takes a turn when she mistakenly gets sent to an elderly pair of siblings who wanted to adopt a boy. Set in the late 1800s, in the Canadian province of Prince Edward Island, ‘Anne With an E’ tells the story of 13-year-old Anne Shirley, a precocious and exuberant orphan with an over-active imagination and a flair for dramatic story-telling. Anne is unnervingly intelligent, headstrong, romantic, and poetic. She likes to use big words while speaking and remains a cheerful child, joyous and optimistic, despite having had a dark past.

When aging (and unmarried) siblings Matthew and Marilla Cuthbert get Anne instead of the boy they had expected, she wins them over and they decide to adopt her and raise her as their own. Even though she cannot change her name to Princess Cordelia, Anne is happy to officially add Cuthbert to her last name. The show chronicles Anne’s many misadventures in the idyllic farming town of Avonlea, as she embarks on a new life with the painfully shy Matthew and the strict and severe Marilla of Green Gables. A series of hilarious shenanigans (and some broken slates and green hair) later, Anne manages to endear herself to the townsfolk of Avonlea. Curious to know if the titular Anne is based on a real person or if her adventures are inspired by real events? Here’s all you need to know.

Is Anne With an E Based on a True Story?

No, ‘Anne With an E’ is not based on a true story. In fact, the show is based on the classic 1908 novel ‘Anne of Green Gables’ by Lucy Maud Montgomery. ‘Anne of Green Gables’ is a beloved piece of Canadian literature that has long been adored (and voraciously read) by readers of all ages. Such is the popularity of the book that it is widely regarded, the world over, as a cultural icon and has been adapted into countless film and TV iterations. ‘Anne With an E’ is just the latest in a long list of adaptations. 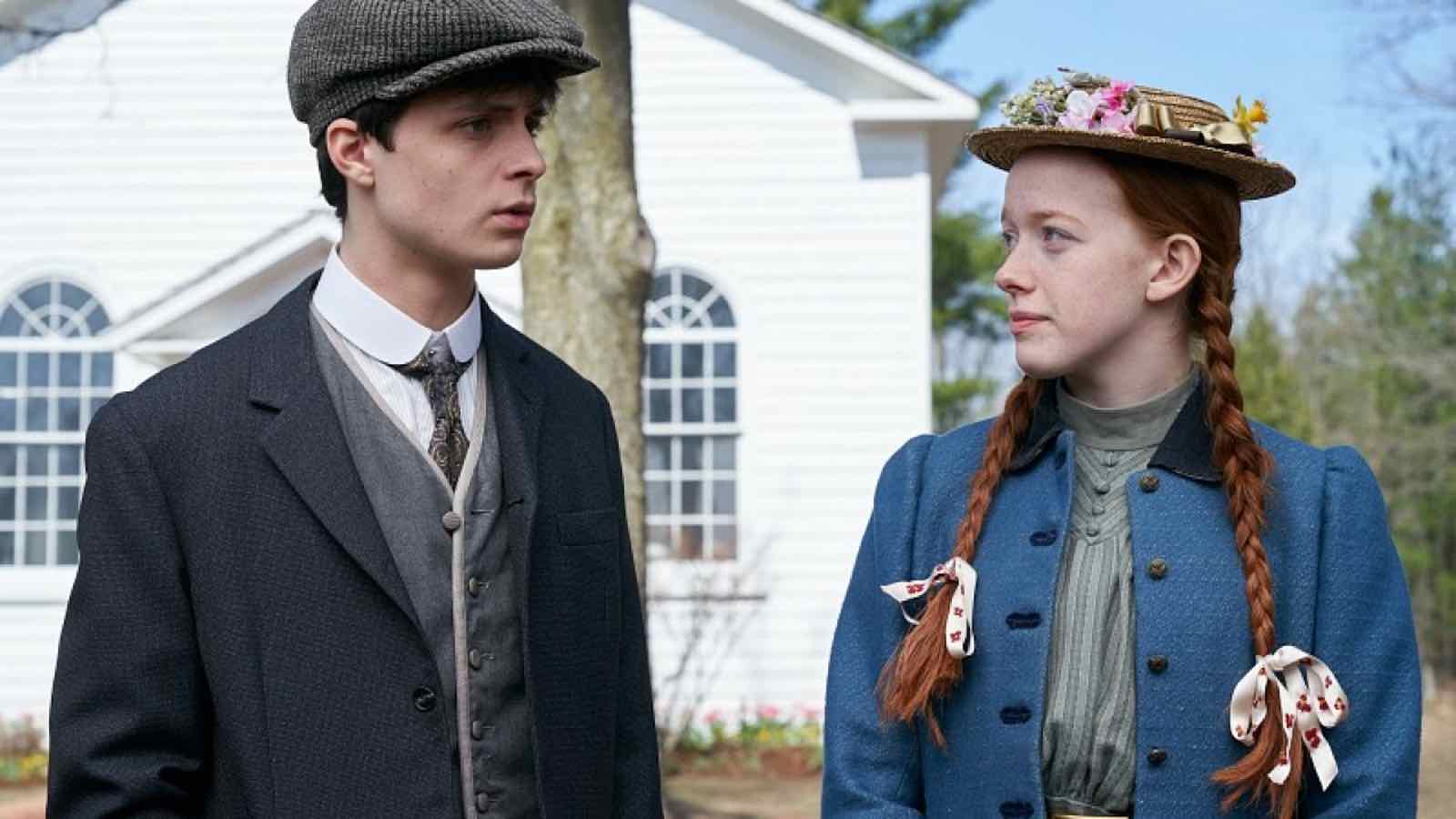 Having established that the story of Anne Shirley is fiction, originating from the brilliant mind of L.M. Montgomery, it is important to note that the author got the inspiration to create Anne from a real-life incident. While perusing her old childhood journals (in which she wrote her many story ideas), Montgomery came across a quote she had scribbled years ago, – “Elderly couple apply to orphan asylum for a boy. By mistake, a girl is sent them.” This quote that became the foundation on which Anne Shirley was built, was inspired by the situation of Montgomery’s distant relatives who lived closeby.

Pierce Macneill, a cousin of Montgomery’s grandfather, had written to the orphanage to adopt a boy who could help with their farm work but a mix-up had resulted in the arrival of a three-year-old orphan girl instead. Macneill and his wife Rachel had decided to keep the little girl and raised her as their own. And that’s how the idea of Anne was born. 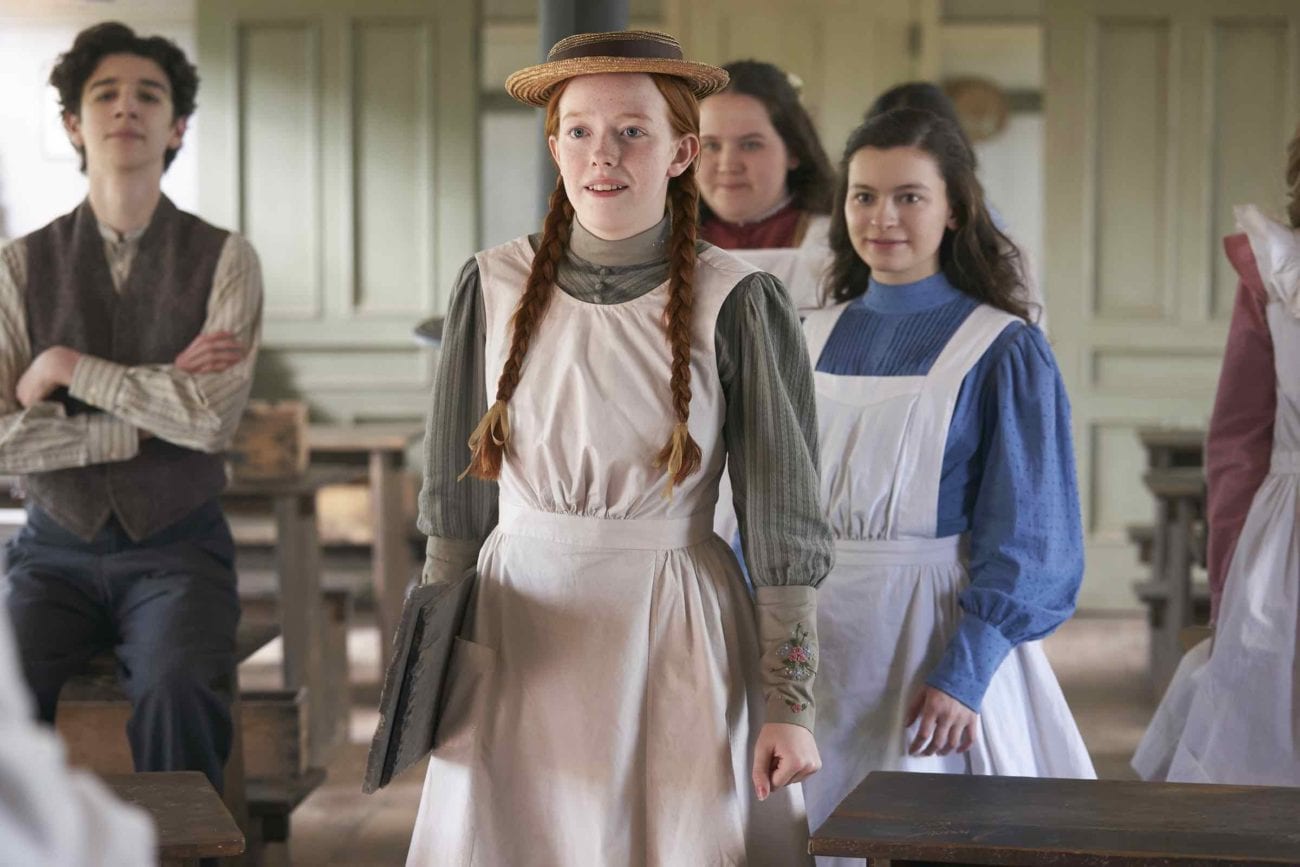 Some researchers also believe that the character of Anne, her distinctive personality, is loosely modeled after the author herself. And it’s an established fact that Montgomery set the story in the real places that she was familiar with. Avonlea is a fictional town, but the life depicted is inspired by the actual farming town Montgomery grew up in, Cavendish in Prince Edward Island. Green Gables is based on the actual farm that was owned by Montgomery’s grandparents (who raised her after her father abandoned her there after her mother died when Montgomery was 2). The farm, Green Gables, is now a heritage site in Canada and a tourist destination that gets spades of visitors from across the globe.