‘Ink Master’ introduced fresh talent in the world of permanent ink and other related artistic skills. Spike, later rebranded as Paramount Network, released its unique reality tattoo competition series on January 17, 2012, and has remained a hit show ever since. It pits professional tattoo artists against each other in various competitive rounds to test their overall creative vision and talent. Judged by masters of the craft like Dave Navarro, Chris Nuñez, and Oliver Peck, the stars who emerged from the show’s first season have been busy establishing successful careers in the industry. So exactly what have they been up to?

The University of the Arts (Philadelphia) graduate, Shane O’Neill, championed the iconic show’s debut season in 2012 and won the whopping $100,000 prize along with a feature in Inked Magazine. The same year, he sat as a jury member for the Chaudesaigues Award that acknowledges the talent of the masters of body art. Renowned for a realistic vision that he showcases through permanent ink, his independent shop, Infamous Tattoo, located at 26 W. Main Street in Middletown, Delaware, continues to be a profit-generating business since 2010. 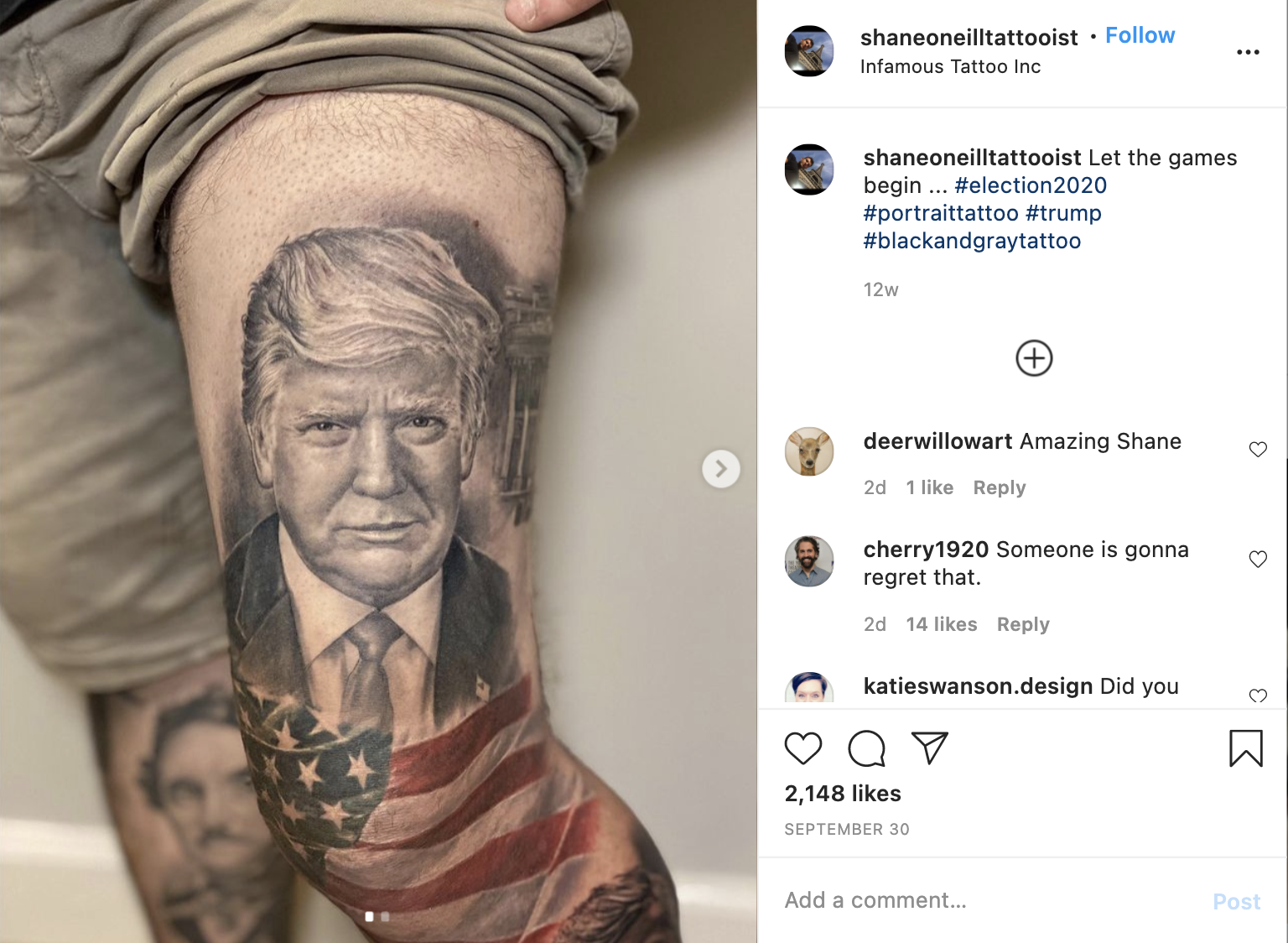 Even after his artwork featured in illustrious tattoo magazines like Tattoo Society and Rise Tattoo Magazine, Shane wholeheartedly focused on honing his skill set. The self-taught tattoo artist has progressed so much so in his career that he is now available by appointment only. In addition to being the owner of two tattoo studios in 2012: one in Middletown, Delaware, and the other in Willow Grove, Pennsylvania, Shane has further expanded his enterprise.

He has launched his own company, System One Tattoo Product, which deals in tattoos and piercing aftercare products. He is renowned as one of the best portrait and realism tattoo artists in the US. The recognition is not only within America but global. His clients hail from Washington, D.C., Baltimore, Philadelphia, and New York. Shane’s signature style has won him over a hundred accolades for his flawless wildlife and horror artwork as well.

Tommy Helm was one of the fan-favorite contestants on season one, and his almost-win did not slow him down even a tad bit. After finishing in second place, he was cast with Big Gus and Jasmine Rodriguez on Spike’s ‘Tattoo Nightmares.’ On the three-season reality show, the professional tattoo artists attempted to ink decent cover-ups for some of the worst tattoos on people.

With over 259k followers on his Instagram account, the famous tattoo artist often has months of waiting, which his clients patiently abide by. Tommy owns the Empire State Studio, a tattoo shop in Amityville, New York. The proud father and husband keeps his personal life veiled from the prying eyes of the media but does occasionally share pictures of his beautiful wife, Michele Gonzalez-Helm. 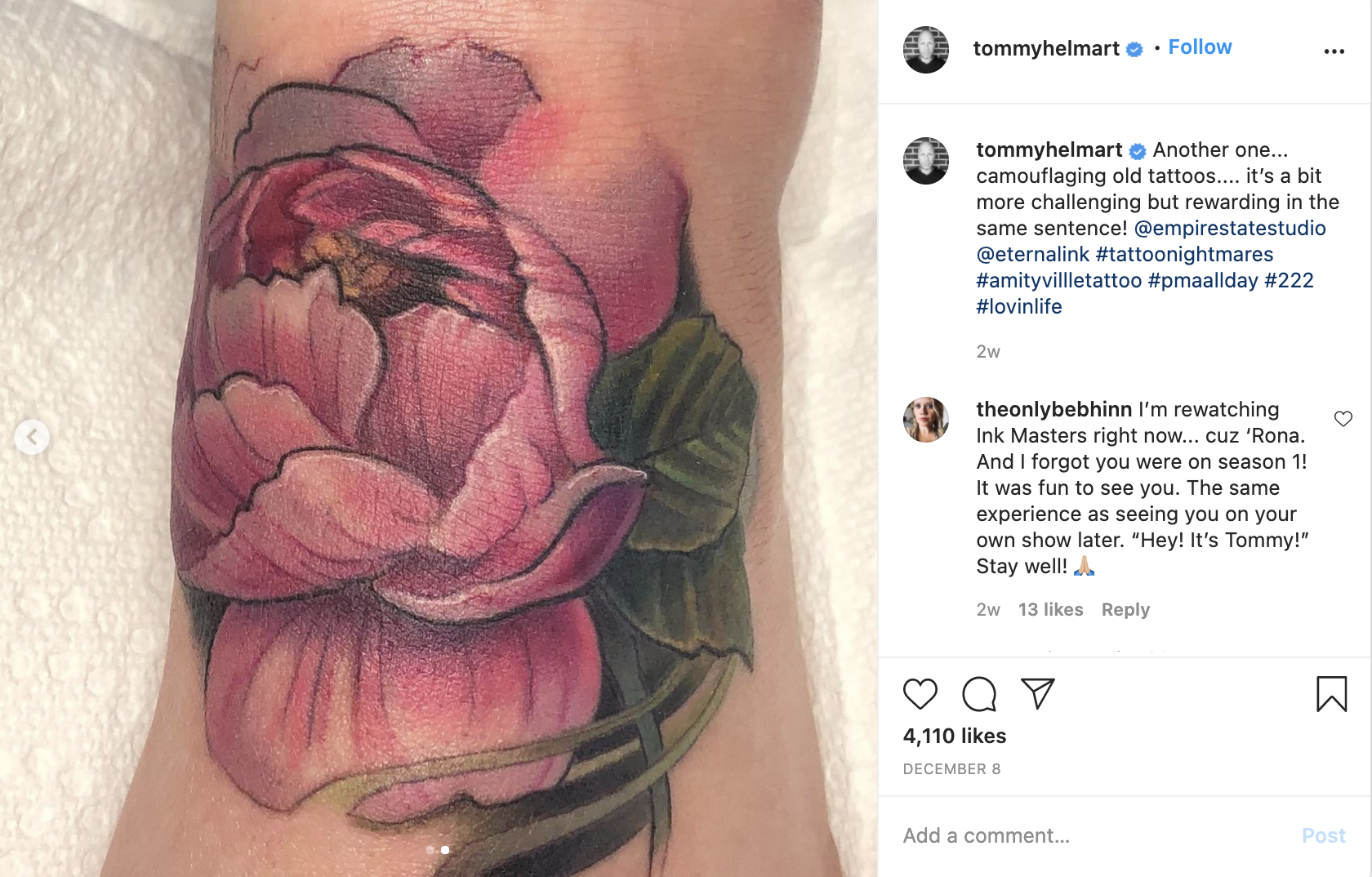 Much like the other winners of season 1, James Vaughn continued to build his career as a tattoo artist after landing in third place on ‘Ink Master.’ He then made a comeback on the seventh season of the reality show, which concluded on May 24, 2016, but finished in fourth place this time. The television personality also appeared on the Christmas special, ‘Ink Master: Merry Ink,’ in 2014 and coached another contestant on season 12 (2019). 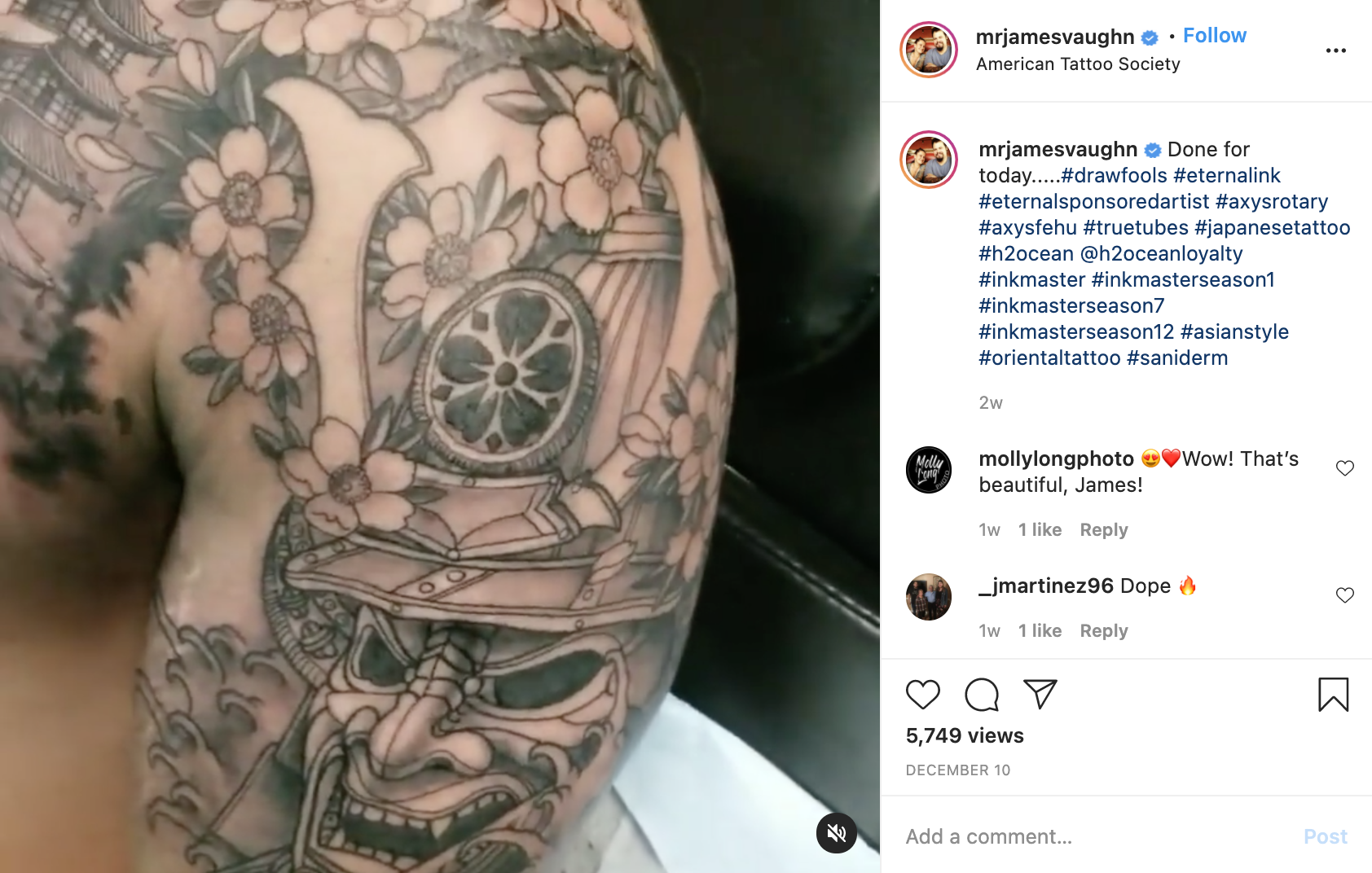 Despite not winning the title of Ink Master, he did not let it dampen his spirits and went on to specialize in neo-Japanese traditional tattooing styles. With a tattooing experience of over two decades, he is one of North Carolina’s most awarded and famous custom tattoo artists. James is one of the many gifted artists who showcase their talent at the Wildwood Tattoo Beach Bash, the largest tattoo convention in the Jersey Shore. But before he began globe-trotting to attend such world-class conventions, he successfully ran two NC tattoo parlors, namely Straight A Tattoo in Asheboro and Emerald City Tattoo & Piercing in Greensboro.

He has even been published more than 20 times for his ingenious creativity. Though James does not actively use his social media accounts, his Twitter handle states his residence as Mount Pleasant in Charleston County, South Carolina, where the award-winning artist has settled with his wife and two children. In October 2020, the artist worked at the grand opening of the first-ever tattoo shop on a military camp but decided to slow down a bit shortly after. As of now, James works as an Artist Manager at the American Tattoo Society, a tattoo shop in Fayetteville, North Carolina. 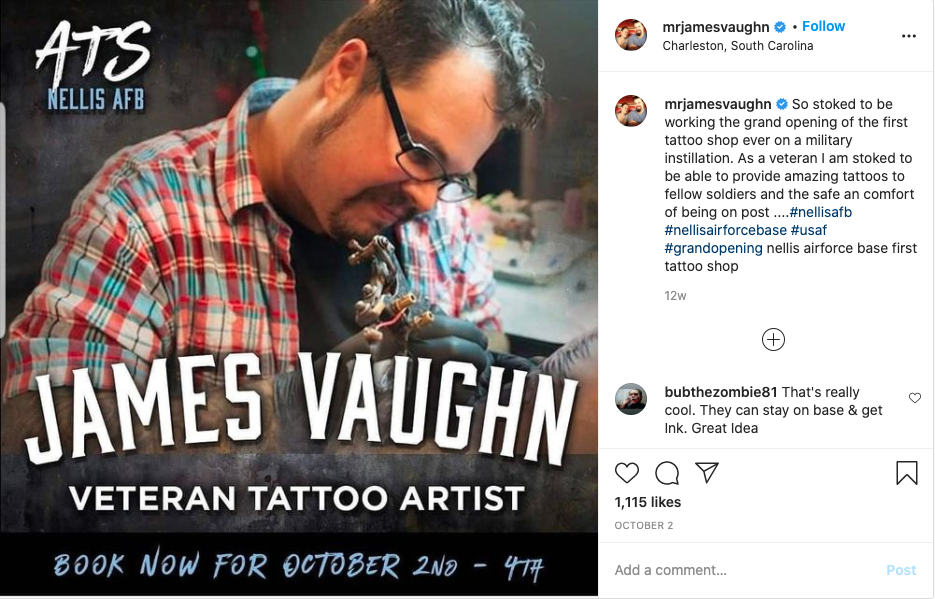 Read More: How Much Does it Cost to Get Tattoos From Ink Masters Chris Núñez and Oliver Peck?