Investigation Discovery’s ‘The Crimes That Changed Us: Patty Hearst’ examines the life and 1974 abduction of 19-year-old Patricia “Patty” Campbell Hearst from her Berkley, California, home by the left-wing organization Symbionese Liberation Army (SLA). It was more than 19 months later that she was found by the authorities and subsequently arrested. After all, by that time, she had allegedly been coerced into joining the group herself and was wanted for committing felonies such as robbery and extortion. Guiding her, along with her fellow members, was Donald David DeFreeze, the co-founder and leader of SLA.

Who Was Donald David DeFreeze?

Born on November 15, 1943, in Cleveland, Ohio, Donald David DeFreeze was the eldest of eight children raised by a registered nurse and a toolmaker. However, because of the violence he suffered at home, including having had both of his arms broken as punishment from his father, Donald ran away at the age of 14, ending up in Buffalo, New York, where he joined a street gang. He later got married and moved around a lot, committing crimes in any way possible to apparently provide for his family. But after he escaped from prison in 1973, having been convicted of a 1969 armed robbery, his wife filed for divorce, and he wound up in Oakland, California. 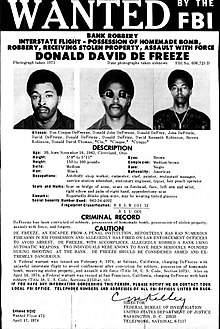 There, along with Patricia Soltysik, Donald founded the Symbionese Liberation Army (SLA) and began recruiting members for the group, which he named himself the leader of, adopting the moniker Field Marshal Cinque (pronounced “SINK-you”). This organization executed several crimes, the most infamous being the November 1973 murder of Oakland Schools Superintendent Marcus Foster and the February 1974 abduction of Patty Hearst. According to various reports, Donald was the mastermind behind Patty’s kidnapping, wanting to either use her as leverage to attain her family’s political influence and support or to garner some much-needed finances.

As per her own accounts, Donald locked Patty in a closet, blindfolded and with her hands tied behind her back, for at least a week, threatening her day in and day out with a slow and painful death. And later, after she eventually agreed to join SLA, he allegedly raped her. The FBI had been conducting a massive search for Patty. And two months after her capture, when she publicly announced that she had aligned her thinking with that of the SLA and committed a bank robbery alongside Donald, he was positively linked to the crime. Subsequently, the authorities raided all his known addresses, including his mother’s and ex-wife’s homes, finding nothing but dead ends.

How Did Donald David DeFreeze Die? 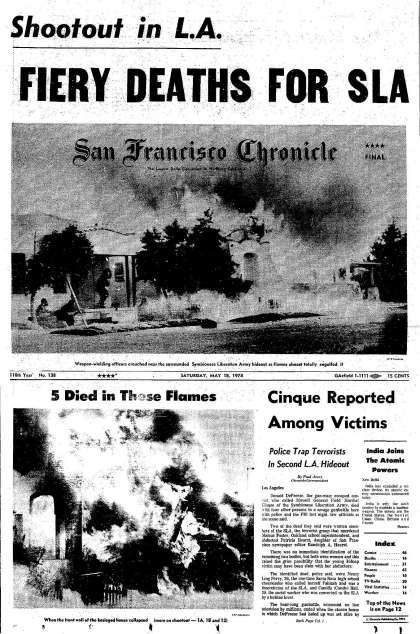 The search for Donald David DeFreeze ended on May 17, 1974, when about 500 Los Angeles Police Department officers and a few federal agents surrounded a house at 1466 East 54th Street, where Donald and five other SLA members were holed up. They demanded that the leftist group surrender. But when that didn’t happen, they fired a tear gas canister through an open window, which was answered with a burst of automatic weapons fire. The law enforcement subsequently fired more than 3,000 bullets and six more tear gas canisters into the home, but they were still outmatched as the SLA’s gas masks rendered their plans ineffective.

Eventually, the home caught fire and burned to the ground. According to the officials, during the chaos, Donald, apparently burning alive, instead of letting the authorities arrest him, shot himself in the right side of his head with the pistol he had in his hand. His body was so badly burned that his family initially did not believe that the remains dug up from the debris were his. But they were, and it was announced that he was the final fatality during the shootout. Four days later, Donald DeFreeze was in Cleveland, Ohio, where he got a proper burial in the Highland Park Cemetery in Highland Hills. Upon hearing this, Emily and William Harris took over the SLA’s leadership.

Read More: Where Are Emily and William Harris Now?