When Ashley Benson was discovered murdered in a Portland Hotel, three major suspects were tracked down. In the thorough course of investigation what surfaced was a tale ridden with lies and secrets and an obsession of a man which ultimately led to the death of a young mother. The case revealed rather shocking details about Benson and her life. Investigation discovery picked up this baffling case and showcased it under the title ‘Her Last Christmas’ which was aired by the network on December 21, 2020. We were intrigued by the happenings in the feature and were curious to know more. We dug in further to uncover some relevant details about the murder.

How Did Ashley Benson Die?

On December 26, 2014, the dead body of Ashley Benson, a resident of Oregon, was found on the stairwell of Doubletree Hotel in Portland, Oregon by an employee of the hotel. The body’s identity was not detected straight away. The hotel authorities reportedly had no information about her name, or why she was there in the hotel. The cause of death was revealed to be strangulation. On Saturday, December 27, 2014, the police were able to track down the identity of the slain victim as Ashley Renee Benson from Vancouver, who was 24 at the time of her death.

Homicide investigators were summoned to the DoubleTree Hotel at the Lloyd Center in Oregon just before 11 a.m., on December 26, 2014. Criminalists from the Forensic Evidence Division and the State Medical Examiner also joined the investigation. By the next day, Benson’s death was determined to be a homicide. Benson’s mother told the authorities that she had gone to the hotel in pursuit of her daughter but had found out nothing. She returned home worried for her daughter after not being able to contact her. Benson had previously been arrested once, on the charge of third-degree theft.

Ashley was last seen by her family on December 25, 2014, approximately 21 hours before her body was found. Benson had allegedly told her father that she had plans with her friends to watch a movie on the night of December 25. It was soon brought to attention that Ashley was a victim of sex trafficking. This new information led the police to one of her clients Chris Yoon, who was ultimately arrested in connection to Ashley’s death. 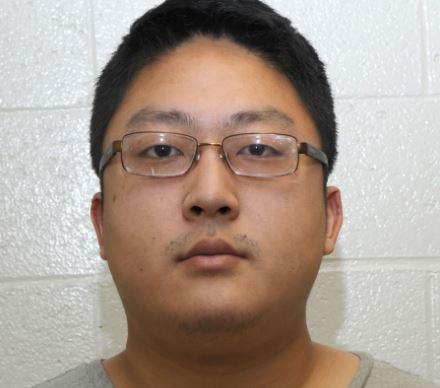 A man named Tae Bum “Chris” Yoon caught the investigators’ attention from the preliminary stages of the case. Yoon, who arrived on December 25, 2014, checked out of the hotel on December 26, the day Ashley was found dead. The investigators scoured room 715 of the hotel, supposedly the room Yoon had rented, and looked into the phone logs. They also came across a fingernail, allegedly belonging to the victim. Other findings included a record showing several calls being made from the room to a number featured on an ad on BackPage.com, a website that primarily hosted advertisements of escort services.

The police then identified one such advertisement which pertained to Ashley Benson. While the investigation process was still underway, the front desk worker at Doubletree informed the police that Yoon had checked back into the hotel which shocked them. It was then determined that the guest, who had checked in on December 26, spelled his name as Chris Youn and lived in the same building as the suspect. Chris Yoon learned of Chris Youn’s reservation and checked into the hotel under the assumed identity of Chris Youn. When Ashley’s family found out Ashley was leading a double life as an escort, they were shocked and stunned that before Ashley’s death they had had no idea about this aspect of her life.

As the police delved further into Yoon and Ashley’s communications, they tapped into reality before long. Yoon came out as an obsessive client who wanted Ashley to be his girlfriend. After being able to escape from the clutches of the police for some time, Yoon was finally arrested at Union Station. In 2017, he was found guilty of Benson’s murder and sentenced to 18 years of prison.