VH1’s ‘Black Ink Crew’ (also known as ‘Black Ink Crew: New York’) is a reality television series that premiered on January 7, 2013, revolving around the daily operations and dramas associated with the African-American-owned and operated Harlem, New York, tattoo empire called Black Ink. The tight yet dysfunctional group that works here takes us on a roller-coaster of a journey into their personal as well as professional lives as they continue to serve an ever-growing celebrity clientele. But now that eight seasons have gone by, and some of the cast members have left, let’s take a look at what the original ones are up to now, shall we? 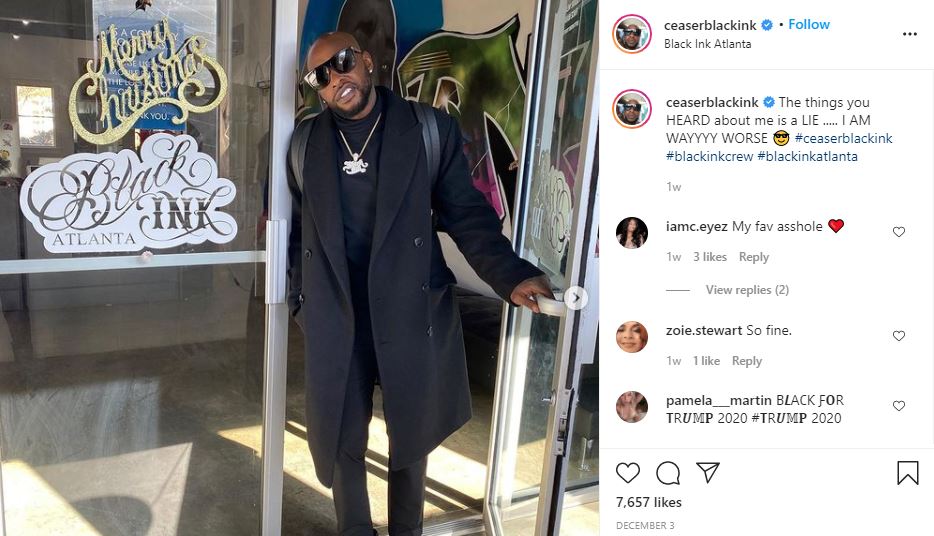 David “Ceaser” Emanuel reportedly graduated from the High School of Graphic Communication and Arts before earning an associate’s degree in Graphic and Visual Communications from Katharine Gibbs College. Then, when his brother Joaquin passed away in a tattoo shop in Brooklyn, New York, Ceaser decided to open one up by himself to honor his brother’s memories. His other goal was to provide a better life for his daughter, Cheyenne.

Ceaser’s creativity, talent, and hard-work attracted a significant following, which eventually made him move from Brooklyn to Harlem and rebrand his company as Black Ink, which is now the focal point of the VH1 series. To this day, David “Ceaser” Emanuel, a tattoo artist with 16 years of experience, remains the CEO and the brains behind his label, which now has studios in Houston, Atlanta, New Orleans, Brooklyn, 125th Street, and Lenox Avenue.

Crystana Lattimore of North Carolina was nicknamed “Dutchess of Ink” because of her ever-growing passion and love for tattoos. She is a proud North Carolina A&T State University alumnus and has also been a successful fashion model, both on the ramp and in the print media. Her beautiful and intricate tattoos, along with her modeling, have been featured in publications like Inked and Urban Ink.

While Ceaser’s ex-fiancé left the ‘Black Ink Crew’ in season 5 itself, she has not been idle since, nor is she considered a rookie anymore. Dutchess is now the owner of her own tattoo parlor, Pretty-N-Ink in Charlotte, North Carolina, and has a practice that she calls “Dutchology,” which she shares with her followers either through her Instagram captions or via her radio show on 92.7 FM, The Block. 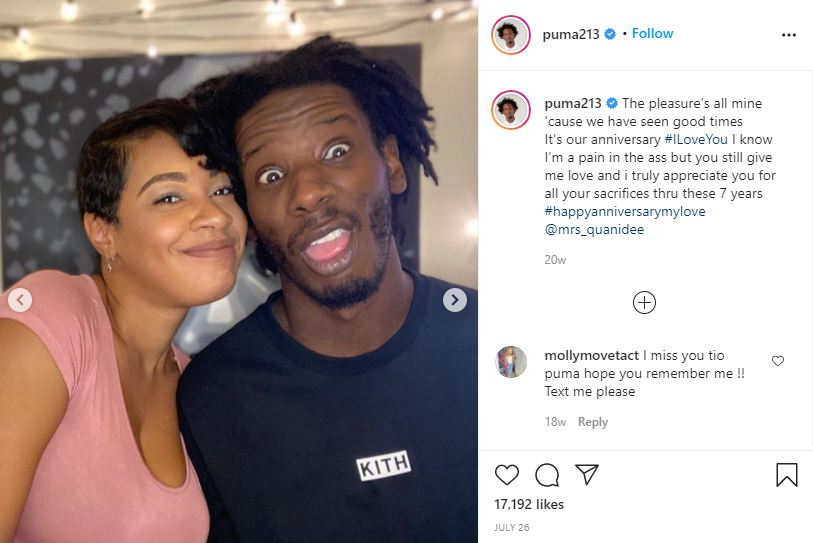 The one thing that we can say about Paul “Puma” Robinson with full certainty is that he will never let any personal relationship come in between him and his business. The former public relations manager at the Art 2 Ink tattoo studio joined the ‘Black Ink Crew’ in season 1 itself as a tattooist and longtime friend of CEO Ceaser Emanuel. But their slow drift eventually led him to quit after season 4.

Puma made a return to the show in season 8 as the owner of Art 2 Ink, and to say that things have been going well for him might just be an understatement. Unlike most of his castmates, Puma is one of the few tattooists who loves being a family man. He finds passion and strength from not just his work but also from his kids, Tamia and Zaiden, and his wife, Quani, along with her company, Mias Lane. 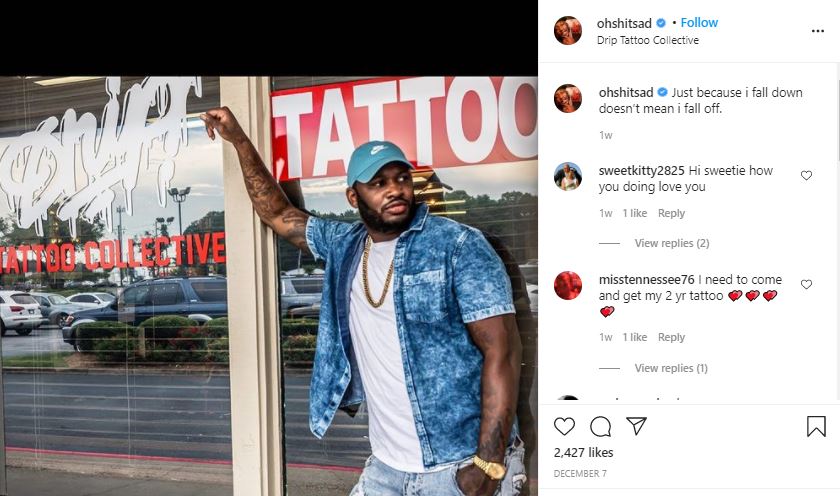 While we’re not sure how Richard “O’S**t” Duncan got his nickname, he did reveal his legal name to us a few years ago, calling himself Richard “aka Dick Duncan aka Big Dick Duncan.” In season 5 of ‘Black Ink Crew,’ he faced a lot of allegations from his co-stars that his then-newborn daughter, Nova-Rae Rose, was not his, which eventually frustrated him so much that he decided to quit.

However, it’s now clear that that was just a minor setback as O’S**t has since opened up his own shop, DRIP Tattoo Collective, in Atlanta, Georgia, at 6598 Tara Blvd Jonesboro. His family, which includes his kids and doting wife Nikki, are a major part of his life. And as he captioned their most recent picture on Instagram, they’re not perfect yet, but they’re also not trying to be. 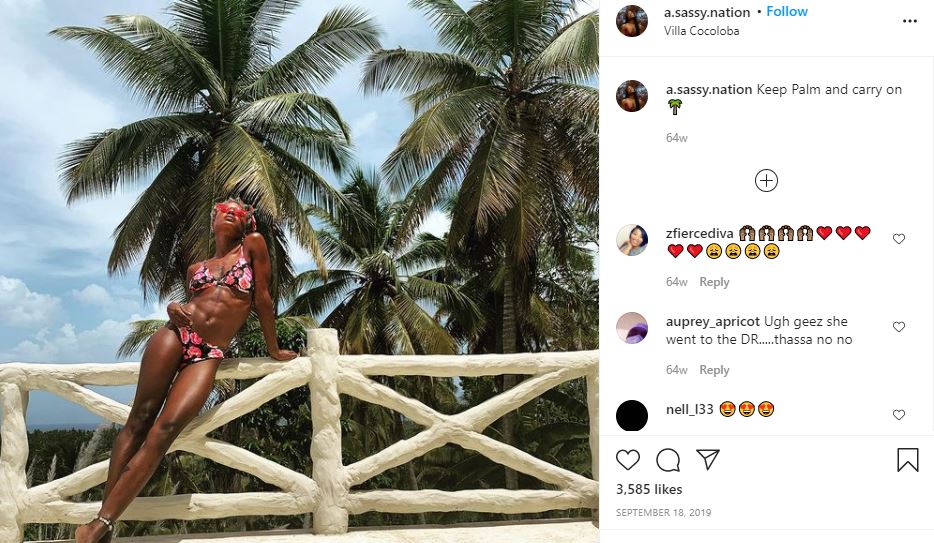 Ashley Nicole “Sassy” Bermudez has made her mark on the tattoo as well as the entertainment industry. For the three seasons that we mainly saw her, while Sassy was at Blank Ink in Harlem, she worked closely with Puma when it came to her professional responsibilities, which eventually led her to get promoted to the post of manager. So, it was no surprise that when she and Puma both left the show, they continued working together at his shop, Art 2 Ink.

According to reports, when Puma opened Art 2 Ink, Sassy teamed up with him and took over the hiring, promotional, and other managerial duties so that he could focus on his creativity and establish a loyal clientele. She apparently still works there, all the while having her own career in modeling as well. Sassy has landed gigs for Heed Magazine, Urban Ink Magazine, and Ellements Magazine, among many others. And honestly, she looks right at home as a model.

Alex Estevez or Alexandra is the former receptionist of Black Ink. On the VH1 show, she quickly established that she was different from all her fellow castmates. After all, while talking to a client about a tattoo that they wanted in the first episode itself, she disapproved of it, thinking that they would regret it later on in life. Then, Alex stormed off after an argument with Ceaser about it, showing off her aggressive side.

After two seasons, when Alex left ‘Black Ink Crew,’ she filed a lawsuit against the producers of the show, claiming that someone connected to their cast or crew team slipped her a date rape drug during a party at the shop. She alleged that she blacked out and has no recollection of what happened during the filming of ‘Mixxxy Madness’ from the first season. But now, it seems like Alex has left the past behind and is working as an actor, model, and DJ.

Read More: Is Ceaser Emanuel Married? Does He Have Children?