Based on the namesake novel by Sona Charaipotra and Dhonielle Clayton, ‘Tiny Pretty Things’ tells the story of the students of the prestigious Archer School of Ballet and offers a dramatized behind-the-scenes look at the near-mythical world of ballet and classical dancing. The book has been touted as “‘Black Swan’ meets ‘Pretty Little Liars,’” and the show resonates with a similar combination of themes as well.

Most of the characters are morally ambiguous in this soap-operatic delight, willing to do whatever necessary to claw their way to the top. Following its release, the show received positive reviews, with critics praising it for the performances of the cast, choreography, and art direction. It is primarily set in Chicago, Illinois, where the fictional ballet school is located. If you are wondering whether ‘Tiny Pretty Things’ was filmed on location or elsewhere, here is everything we have been able to find out.

The series was created by renowned Canadian playwright and television producer Michael MacLennan (‘Queer as Folk’), with four filmmakers, Samir Rehem, Gary Fleder, Gary Harvey, and April Mullen, directing the episodes. Luc Montpellier is the cinematographer on the project. MacLennan and his team predominantly shot ‘Tiny Pretty Things’ in Toronto, Ontario, between August 2019 and December 2019. Some of the scenes were shot in Chicago as well.

The production unit of ‘Tiny Pretty Things’ used the Ontario capital as the primary shooting location for the series. For the last few decades, Toronto and other locations in Canada have served as replacement filming spots for movies and TV shows which are set in the US for various financial and logistical reasons. As the Canadian dollar has a comparatively lower value than its US counterpart, it’s always cheaper to run production in America’s neighbor to the north.

The city also has a world-class entertainment-based infrastructure and workforce that can compete with those of any city in the US. Some of the popular projects that have been filmed in Toronto are ‘The Boys’ (2019-), ‘Life in a Year’ (2020), and ‘Schitt’s Creek’ (2015–2020). Kylie Jefferson, who portrays Neveah Stroyer in ‘Tiny Pretty Things’, shared the photographs below on her Instagram account. The first picture features her copy of the script, while the second is with the crew and other cast members. 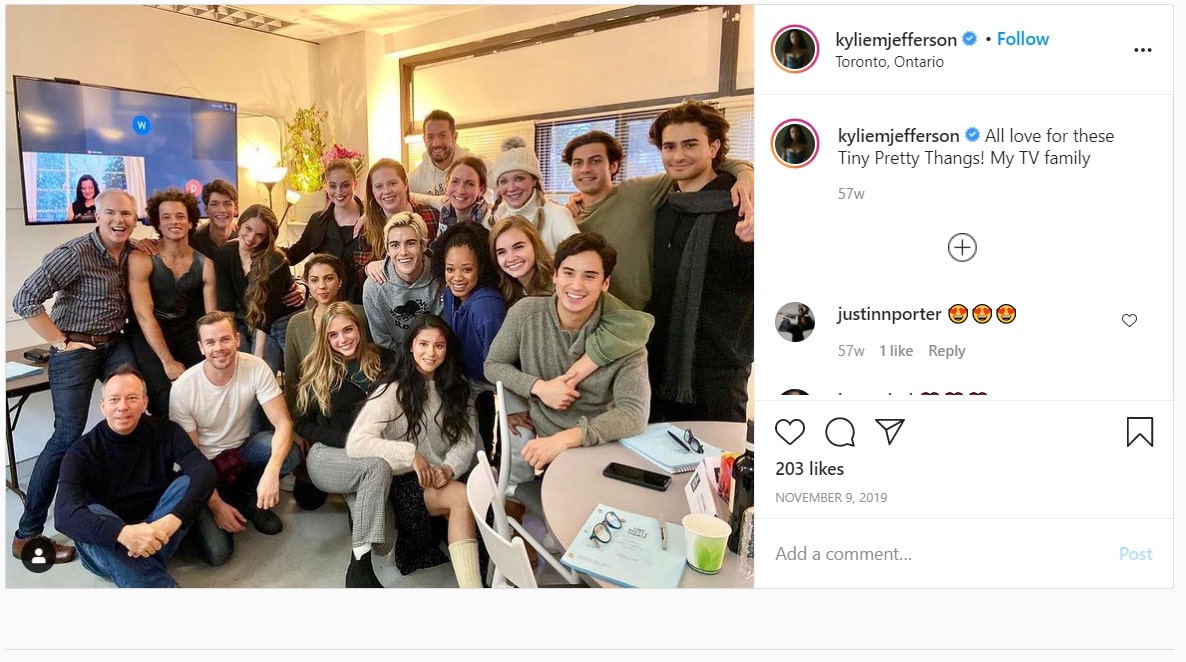 In September 2019, a casting call went out in Chicago for several minor roles in ‘Tiny Pretty Things’. In recent years, the Windy City has also hosted the production crews of projects like ‘Fargo’ (2014–), ‘The Christmas Chronicles: Part Two’ (2020), and ‘His Dark Materials’ (2019–). 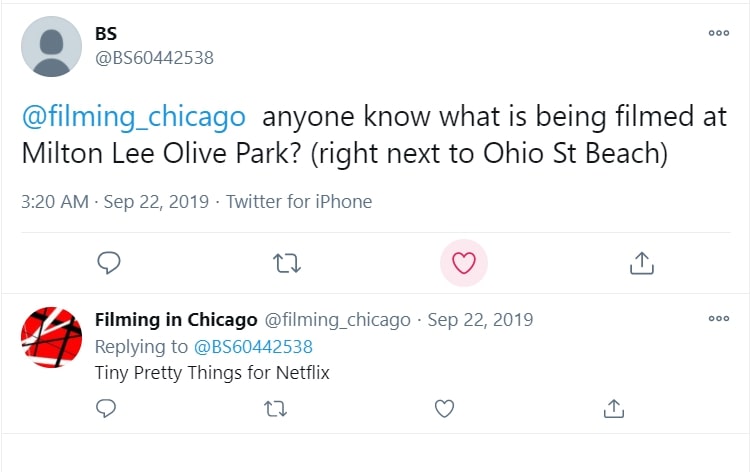 Some of the other locations that served as filming sites include Wabash Avenue in Downtown Chicago, The Art Institute of Chicago, the lakefront, and the Riverwalk. The popular Goddess and the Baker’s Wabash café at 33 S Wabash Ave also doubled up as a shooting site for ‘Tiny Pretty Things.’