Written and directed by Tara Miele, ‘Wander Darkly’ is a romantic thriller film that tells the story of a couple who goes through a traumatic accident that forces them to face their fear in a surreal state. It stars Sienna Miller and Diego Luna in lead roles, while Beth Grant, Aimee Carrero, Tory Kittles, and Vanessa Bayer appear in supporting roles. The film explores the theme of life, death, grief, and love. If you are wondering where this mind-bending drama was shot, here is everything you need to know about it.

‘Wander Darkly,’ which had its world premiere at the Sundance Film Festival, was filmed entirely in Los Angeles, California. Here are the specifics details about the filming.

The principal photography of ‘Wander Darkly’ began on August 13, 2018, and wrapped up on September 14, the same year. The shooting was completed in around 24 days. The drama film was shot extensively in the City of Angels, with a significant portion of the shooting carried out in Downtown Los Angeles in California. Owing to the production facilities, a variety of outdoor shooting sites, and proficient workforce, Los Angeles is also known as the entertainment capital of the world.

Some prominent films that were shot in the Southern California city are ‘American History X‘, ‘Batman v Superman: Dawn of Justice’, ‘The Big Lebowski‘, ‘Captain America: The Winter Soldier’ and ‘Fast & Furious‘ among others. Director Tara Miele shared several pictures from the film’s set on her Instagram profile, wishing her Director of Photography (DOP) Caroline Costa, a happy birthday. 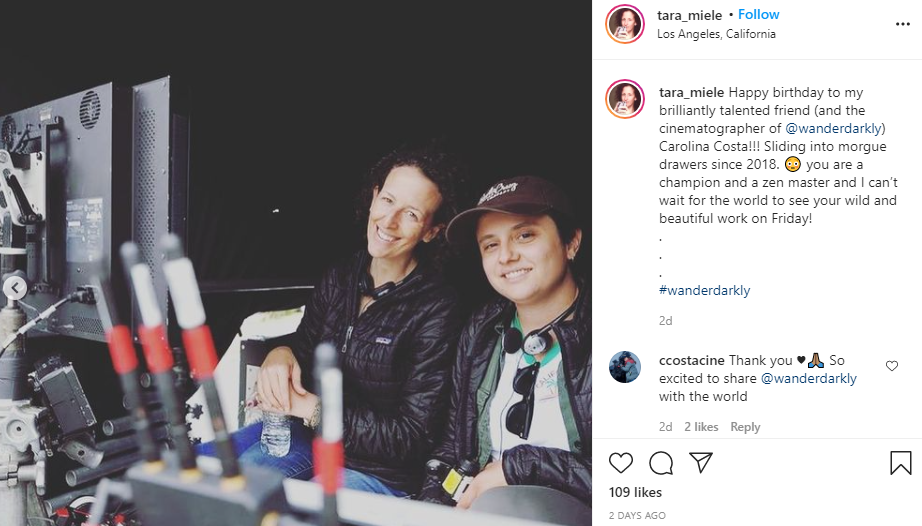 In another picture from the same post, the director-DOP duo can be seen walking on the filming location. Check it out below! 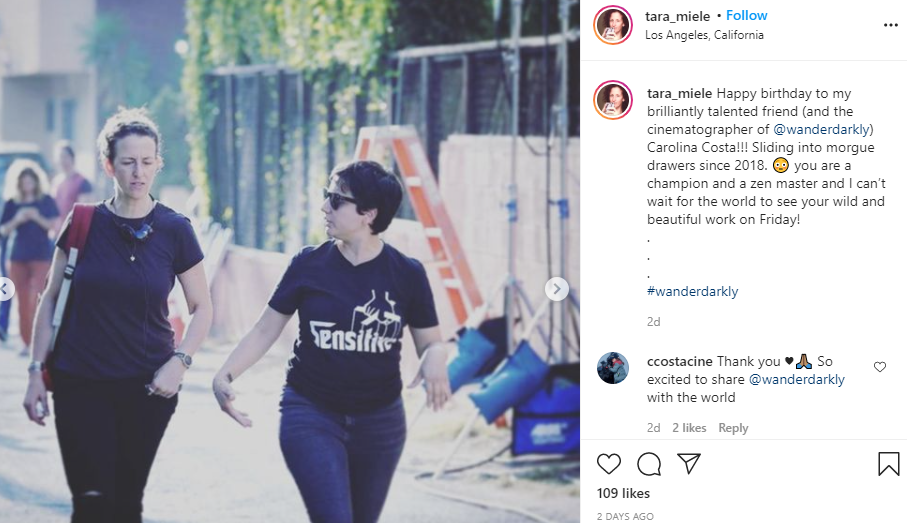 Talking about the cinematography of the film, Costa told American Film Institute (AFI), “Tara wanted there to be a lot of freedom in the way we shot with actors. Kudos to them because I really had the camera there close up on their faces all the time.” She also stated that shooting for the film forced her to change her perspective regarding framing a scene.

Costa further added, “We were shooting in a small location, and we sometimes had two cameras going 360 and that really made me rethink how I light, the size of my crew, and a lot of my approaches on set.” Sienna Miller, who plays the role of Adrienne/Catherine Greig in the film, called it the most genre-bending and surreal film she had ever been in. She also discussed with Tara (who had met with an accident in real life) about the characters and how she will dangle between the past and the present in the film.

Read more: Most Mind Bending Movies Ever Made