‘The Voice’ has been bringing loads of real singing talent for years now and its latest edition, Season 19, is no exception. The singing reality competition series vouches to give to all its contestants, be it professional or amateur singers, a platform that directly leads to international fame. One of the participants to have garnered much popularity and success after his appearance on the show is Ian Flanigan. But every bit of it has been earned and this is evident by the love he received from the audience as well as all the judges, including his team leader, Blake Shelton, right from the time he performed on “Colder Weather” by Zac Brown Band during his blind audition. We got intrigued to know more about the talented star who has already bagged the standing ovation from all the four coaches and here is everything we found out!

Ian Flanigan is a 30-year-old singer who grew up with the dream to become a phenomenal songwriter. He has been playing music for as far back as he can remember and began to pen down his feelings in the form of song compositions at the tender age of 11. Shortly after he completed his high school education, the young artist started wandering about to play music in bands and never let go of a chance to perform wherever he possibly could. 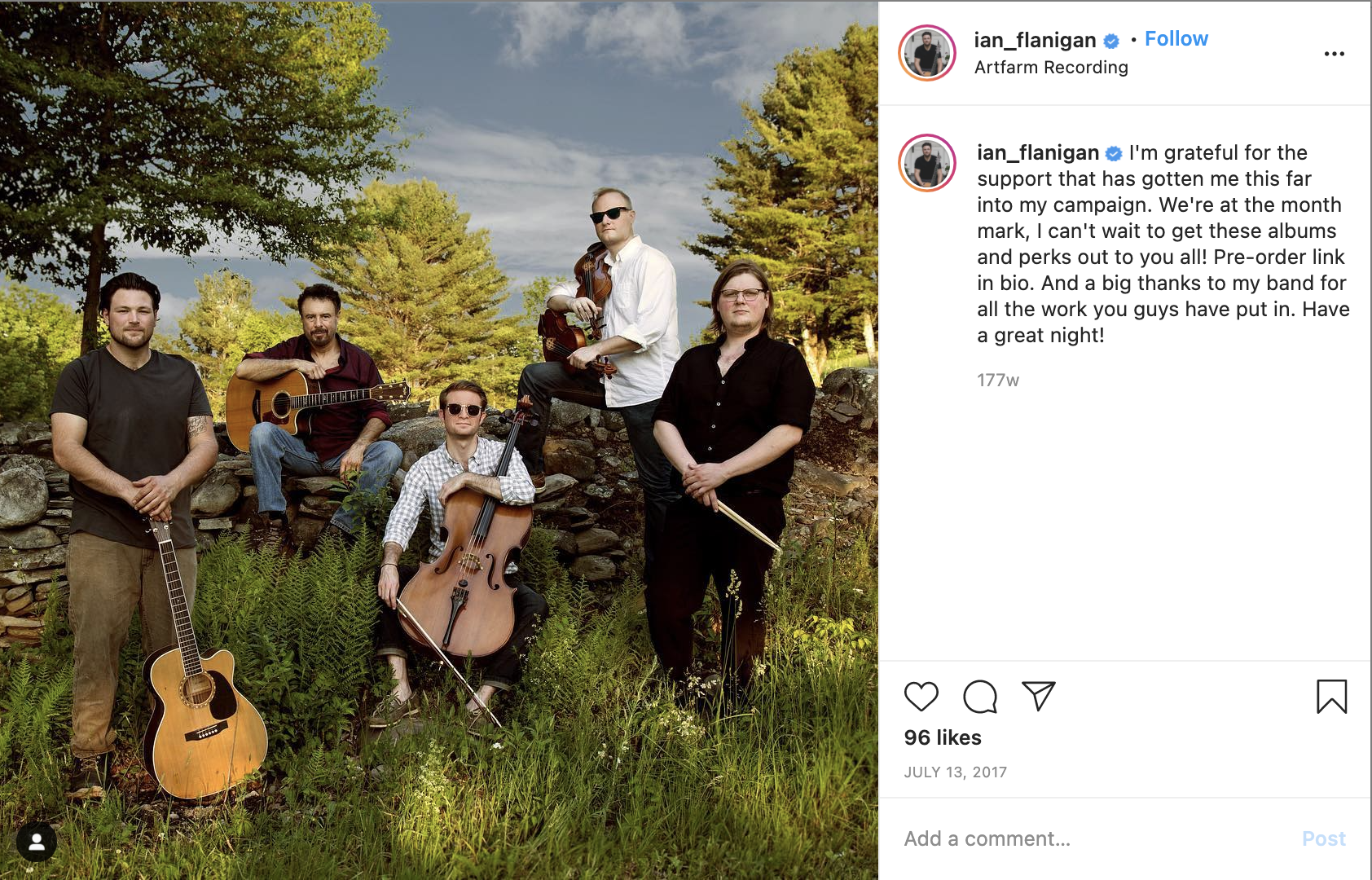 Flanigan hails from Saugerties, a town in Ulster County located in New York, and continues to reside there. But to say the least, his current living situation is unconventional as he does not live in a “house.” It would come as a surprise to most of his fans who are unacquainted with the fact that he is, indeed, a touring musician. This not only means he remains on the wheels around the year to create, perform, and promote his music but also lives on it. On September 19, 2019, the passionate vocalist made up his mind to sell all his personal belongings in order to turn into a full-time touring singer. Flanigan risked everything we owned to purchase an older but beautiful 24 foot Winnebago, a motorhome, that is officially called the FlaniVan.

Ian Flanigan is a professional singer whose life’s mission is to hone his skills as a songwriter, musician, and performer. Renowned for his signature raspy, soulful style, he has become a sensation after showcasing his talent on ‘The Voice.’ The show knocked on his door when he was left with only “eighty bucks” in his pocket as an aftermath of COVID-19. Team Blake’s Front-Runner truly made most of the opportunity as he won the hearts’ of During season 19, Kelly Clarkson, another famous artist from the judging panel, showered upon him compliments like, “You can sing anything! Like any song. Your voice is one of my favorite voices to ever come across this stage. You are so blessed.”

Thank you America!!!!! I am humbled and grateful to be continuing on the voice!!! #TheVoice #teamblake pic.twitter.com/0QmAkoIbUM

Flanigan’s impeccable on-stage execution has earned him the label of the “new progressive folk guitar hero” by A&R Factory, a leading Music Industry Blog. He has collaborated with various Grammy Award-winning artists, like Justin Guip for his 2019 release ‘Give Me Color’ and also won awards for several of his songs. The soulful singer has locally performed on sundry stages from West Virginia to Texas to Bethel Woods, where he performed at the Woodstock 50th Anniversary Concert in 2019.

Luckily, around the time Flanigan decided to become a touring singer, he did not have to be alone on his journey to explore and create fresh content as his family has stood by him like a rock. Interestingly, the singer and the love of his life started Nightcap Entertainment, a promotional music company dedicated to connecting budding musicians to prestigious venues. After Flanigan adorably dedicated his rendition of Sarah McLachlan’s ‘Angel’ to his new fiancée, his fans got intrigued to know more about their love story!

Ian Flanigan has been happily engaged to his lady love, Ayla Rector, since October 2020. In fact, he popped the question only a few weeks prior to his debutant performance on ‘The Voice’ and the couple is sure that the wedding bells will be ringing soon for them. They began dating in 2016 and have been enjoying the bliss of a healthy relationship for years. As she often expresses on her social media accounts, he has been the greatest father to her daughter, Kamea, from the moment they had known each other intimately. The fan-favorite singer met his now-fiancée and partner in Nightcap Entertainment, Ayla, shortly after his fight with addiction concluded. Flanigan had sadly begun to slip into an unhealthy lifestyle but mended his ways by putting himself through rehab. Undoubtedly, being a part of the happy family helped his cause and Flanigan has been sober for over four years.

Read More: Tamara Jade From The Voice: Everything We Know