Mira Nair’s adaptation of Vikram Seth’s weighty 1993 novel ‘A Suitable Boy’ for BBC is less escapist period soap and more a romanticized depiction of India’s founding years. Set in postcolonial India, amid inter-religious discord and politically turbulent times, is the story of Lata Mehra, a spirited university student who is constantly pestered by her mother to marry a “suitable” boy. As her mother relentlessly searches for potential grooms for her, Lata falls passionately in love with her schoolmate Kabir (who she find out later is a Muslim boy). Upon hearing of their romance, Lata’s mother whisks her away to Calcutta, where she meets the ostentatious and rather self-involved poet Amit. Lata’s mother likes Haresh, a self-made shoemaker, as her future husband. Lata has to choose between the three suitors, but she doesn’t really know her own heart.

In a parallel storyline, Maan Kapoor (Lata’s sister’s brother-in-law) becomes infatuated with a sensual older woman who is entirely unsuitable. He is a prominent politician’s son, she is a worldly courtesan. Maan risks his family’s reputation, his life-long friendship, and even his own life, to claim Saeeda Bai as his, but fate has other plans for him. If you’re looking for a deeper insight into the finale of ‘A Suitable Boy’, look no further. We’ll break down the last episode for you in this article. SPOILERS AHEAD.

In the penultimate episode, Maan acts out in the worst possible way and stabs his best friend Firoz with a knife when he finds Firoz, late at night, at Saeeda Bai’s home. But his jealousy was unfounded, as Saeeda informs him, because Firoz was there for Tasneem (who is his half-sister) and not because he was interested in her. Maan, horrified by what he’s done, runs away to Banaras but eventually turns himself in for the murder of Firoz. While he is imprisoned, Maan’s mother passes away and his father loses the election in Rudhia. Waris wins the election against Mahesh Kapoor, capitalizing on all the bad press that Maan’s actions have brought on the Kapoor family.

Maan (and his father) fully expect a life sentence but things take a turn for the better when, alive and speedily recovering, Firoz testifies in court that he accidentally slipped and fell on the knife that Maan was holding. Maan gets acquitted and the Kapoors express their unending gratitude to Firoz and his father, the Nawab of Baitar. Saeeda Bai, knowing that Maan will never return to her door ever, takes up singing again (having quit while Maan was imprisoned). 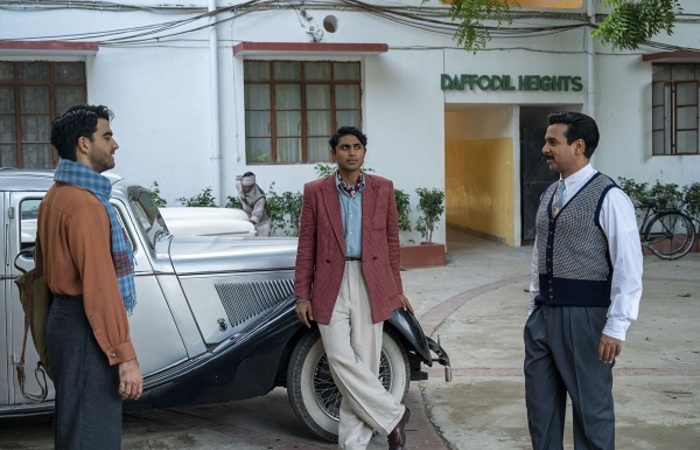 Meanwhile, Lata is still confused about who she wants to marry. But a surprise marriage proposal from Amit clears things up for her a bit when she realizes that Amit is as frivolous and self-absorbed as his sisters. She says no to Amit and also to Kabir (when he asks her to run away with him). She feels Kabir is ruled by his passion rather than reason and that is a demerit in her book. When Haresh comes to say a final goodbye, Lata finds out that her snobbish brother was disparaging toward Haresh and had kept the letters that Haresh had written to her. The more scornful things Arun says about him, the more Lata realizes that she loves Haresh. Lata manages to catch Haresh before his train departs and asks him to marry her (he says yes, of course!). 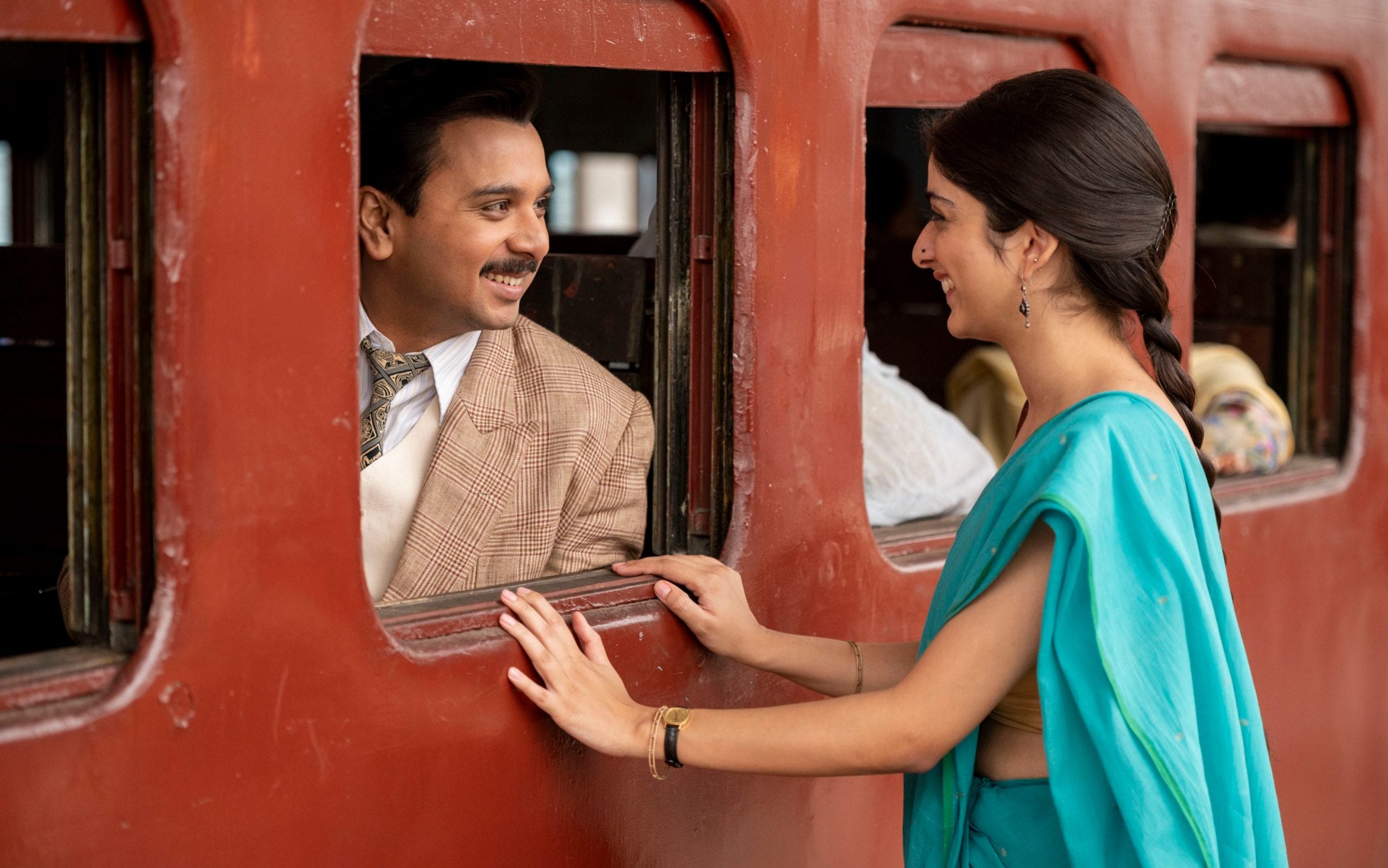 The general elections end in a predictable way when Mahesh Kapoor loses to Waris. After all, his son did stab the prince of his constituency. Waris uses Maan’s crime as leverage to turn the voters against Mahesh and wins by a large difference. He also uses the communal divide between Hindus and Muslims to his advantage – a precedent that regressive politicians in India follow to this date, sad as it is. But one good thing comes out of the whole election debacle – the Nawab feels bad for his former friend and convinces Firoz to lie on the stand to save Maan. Thus saved is the precious friendship of Firoz and Maan. 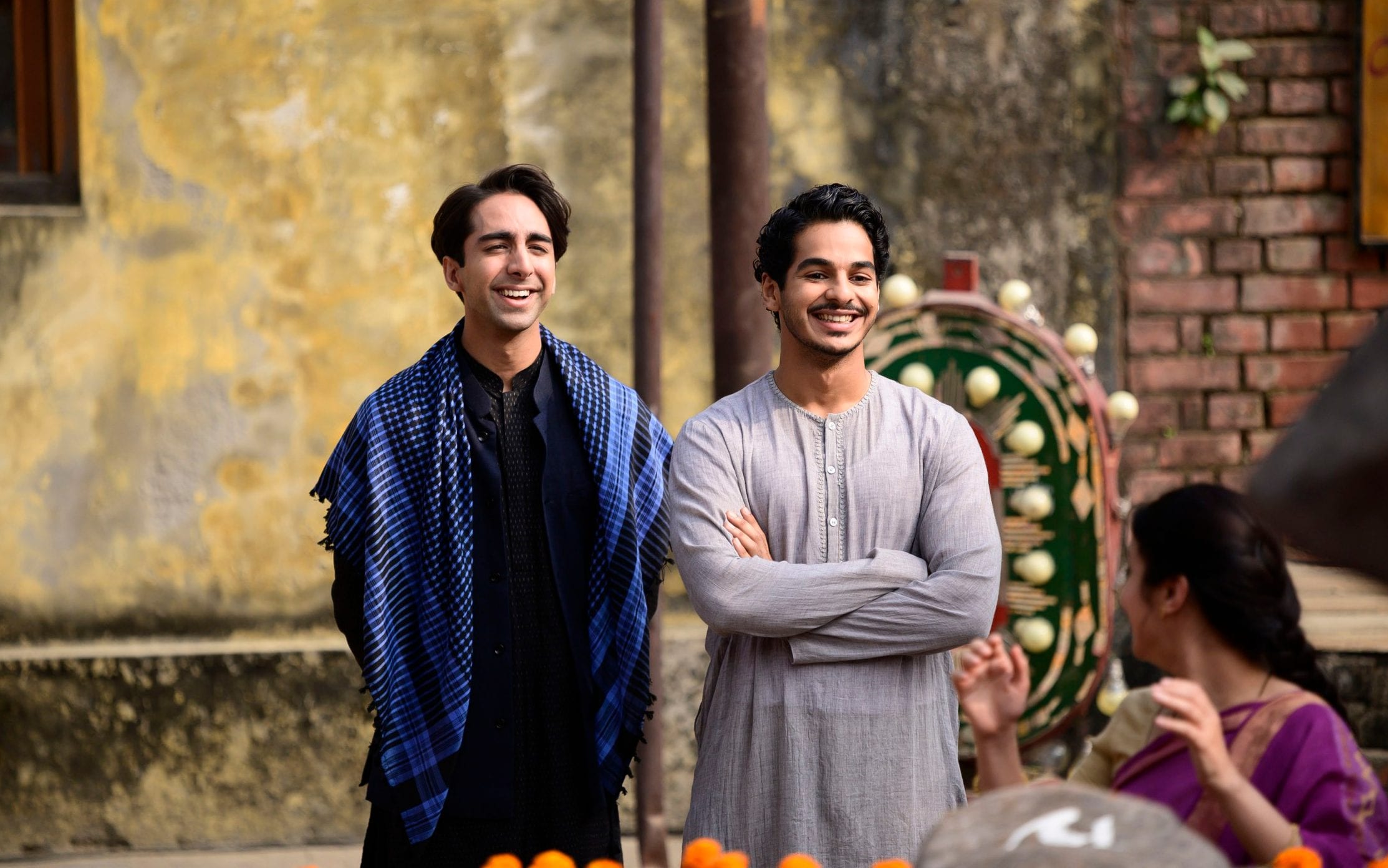 Guess it takes almost killing one’s best friend to come to one’s senses, huh! Maan feels like he deserves everything bad that’s happening to him because of what he did. He is truly sorry for his actions when he realizes he may have killed his brother-like friend. Maan, after spending the first five episodes as an entitled, spoiled brat with no regard for consequences, seems strangely peaceful while in jail. His character grows more grounded and mature and he lets go of his obsession with Saeeda Bai, realizing that his all-consuming desire for her was the thing that set him down this destructive path and almost took the life of his best friend. 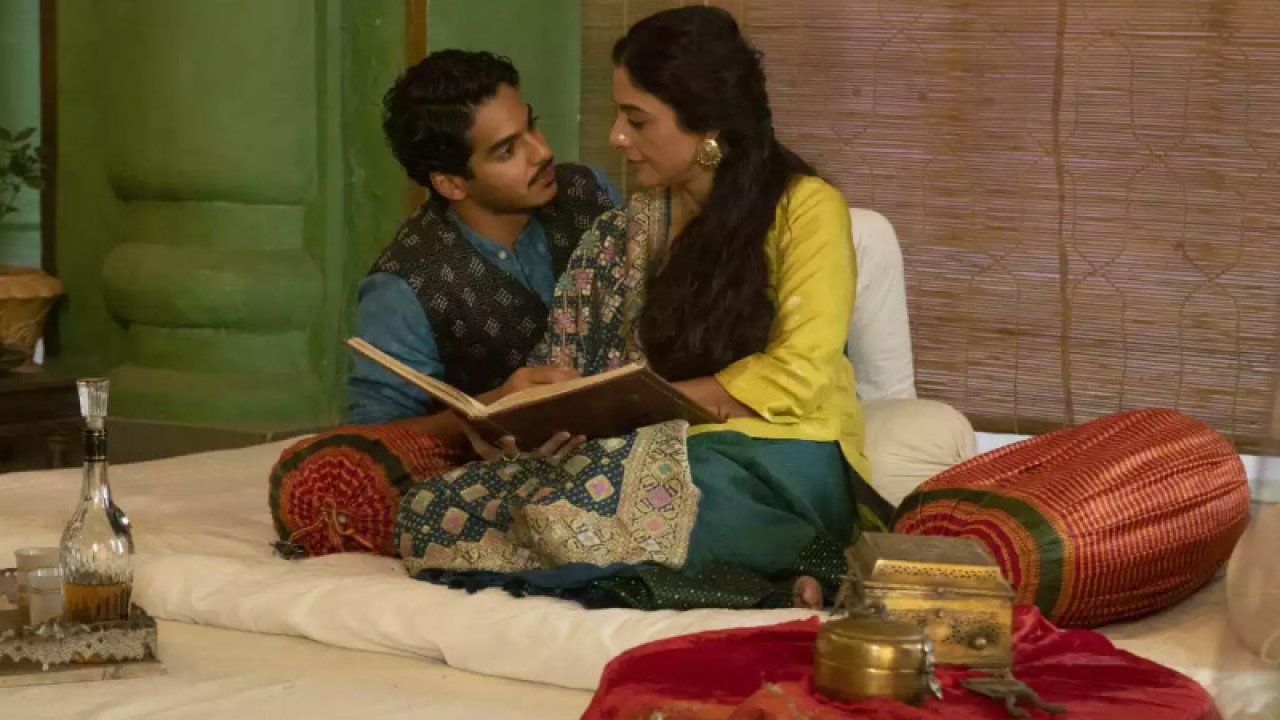 When Lata comes to see Maan in prison after his mother dies, she tells him about her situation. He advises her to not let only passion rule her. He tells her that heady passion got him where he is today. This deeply insightful scene gives Lata a fresh outlook and in her new perspective, she sees that Kabir is also driven by passion, like Maan. Kabir’s possessive outburst only cements Lata’s decision. Loving someone so passionately that you destroy lives and bring harm to those around you is never a good thing. This series’ ultimate take-away is that passion is overrated. 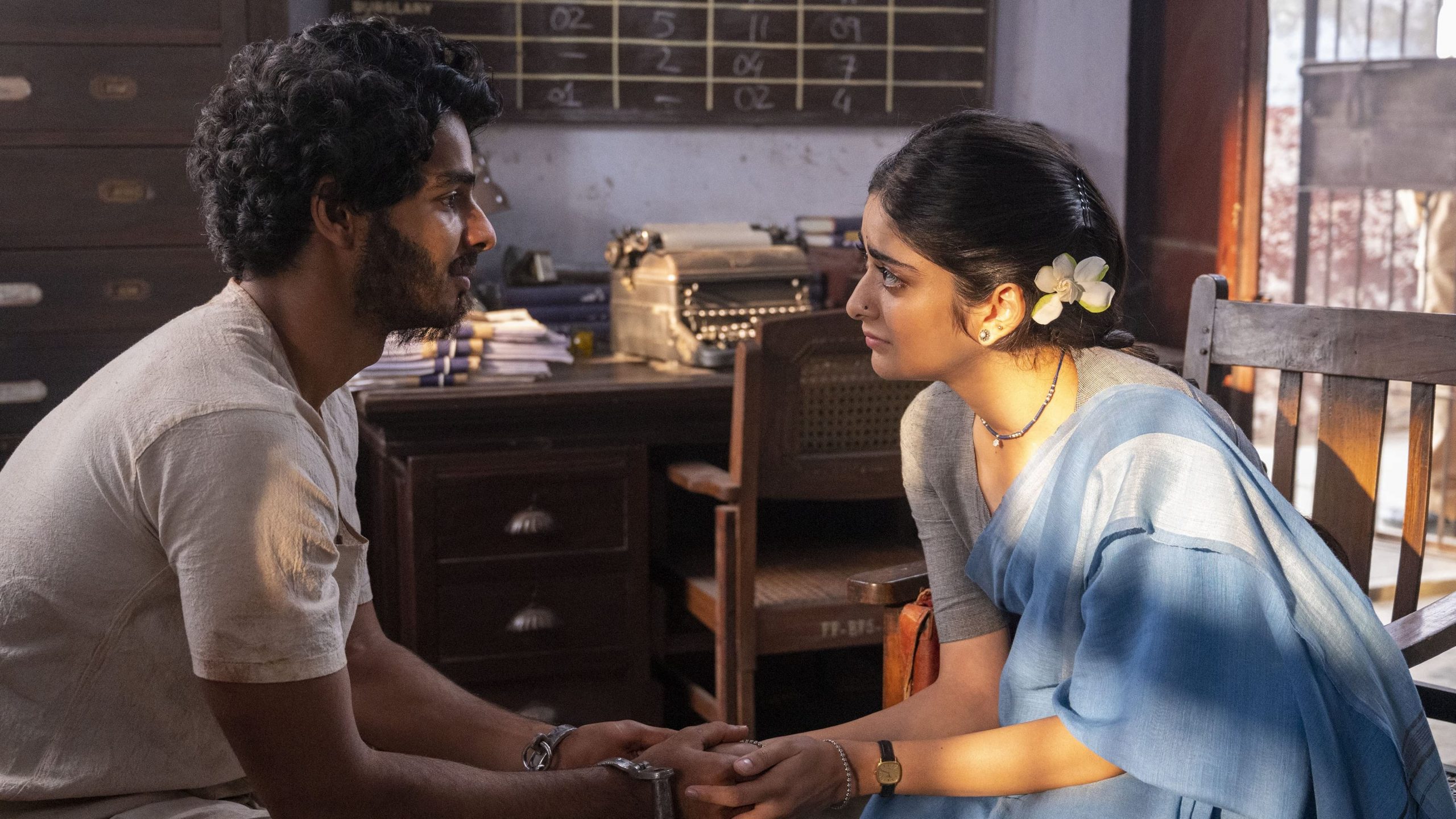 Lata doesn’t pick Haresh because her mother likes him, as her friend believes. She comes to this surprising decision all on her own. Haresh is grounded and mature, not moved only by emotion. When he thinks that Lata does not like him, he makes the adult decision to move on, even though he does love her. That makes him a better candidate than Kabir (Amit never had a chance, the airhead). Haresh is a self-made man who takes much joy and pride in his work. His enthusiasm for shoes and the shoe-making process is infectious and endearing. He is also kind, possibly his best quality. Never underestimate an inherently kind human being. Although he did overreact to being called mean (possibly because he is, in fact, kind to the point that he lost his job over a kind act), he realizes that his overreaction was wrong and not fair to Lata and he apologizes. A man who can admit to his faults and apologize is a rare luxury and must not be let go of. 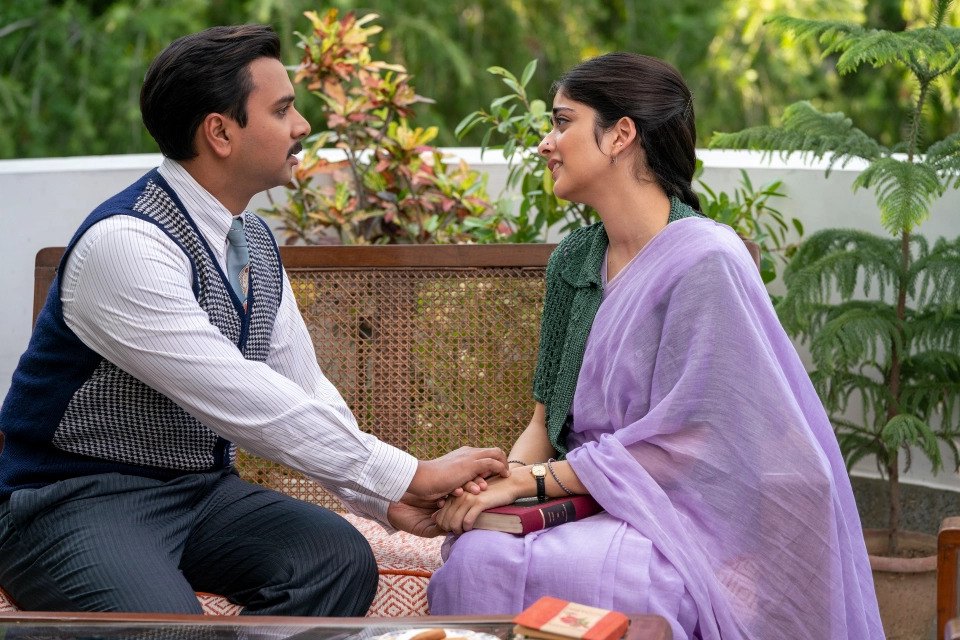 It’s not like Lata picked Haresh because she had to. She could have chosen to stay single for a while longer and not pick any of the three suitors. Lata chose Haresh because she realizes (as the poser Arun is bad-mouthing Haresh’s humble background) that she loves him. And that’s pretty evident in the earlier episodes as well. She used to long for Kabir’s company before she met Haresh (and Amit, to some extent). But going out with Haresh and Amit provides her with a distraction and without even realizing it, she moves on from Kabir. With Amit, Lata is always aware of the equation – he’s more like an ungettable crush. But with Haresh, Lata is visibly happy and genuinely interested in his work and life. She knows what we know – she and Haresh would make a pretty great couple. It feels like the story has come a full circle as it ends with another happy wedding.

Read More: Is A Suitable Boy a True Story?