‘Sound of Metal’ is a compelling and emotionally gripping drama that follows the story of a heavy metal drummer whose life alters utterly when he starts to lose his hearing. When Ruben suddenly loses his sense of hearing, the doctor tells him his condition will progressively get worse until he goes totally deaf. Formerly addicted to heroin, Ruben’s sobriety is hanging by a thread when he, at the behest of his supportive girlfriend, checks himself into a rehab that caters especially to deaf people. At the facility, the man who runs the rehab welcomes Ruben with ready acceptance and tries to guide him down the path of healing, where eventually, Ruben will need to make peace with his new reality and not chase after what was. But Ruben, whose goal is to get surgery and then cochlear implants, cannot seem to let go of his past life. Curious to know where ‘Sound of Metal’ was filmed? Here’s what we know.

‘Sound of Metal’ was filmed entirely on location in the state of Massachusetts. Principal photography for the movie was completed in August 2018. Filming took a total of 4 weeks to finish. Here are more details about the specific filming locations that were used. 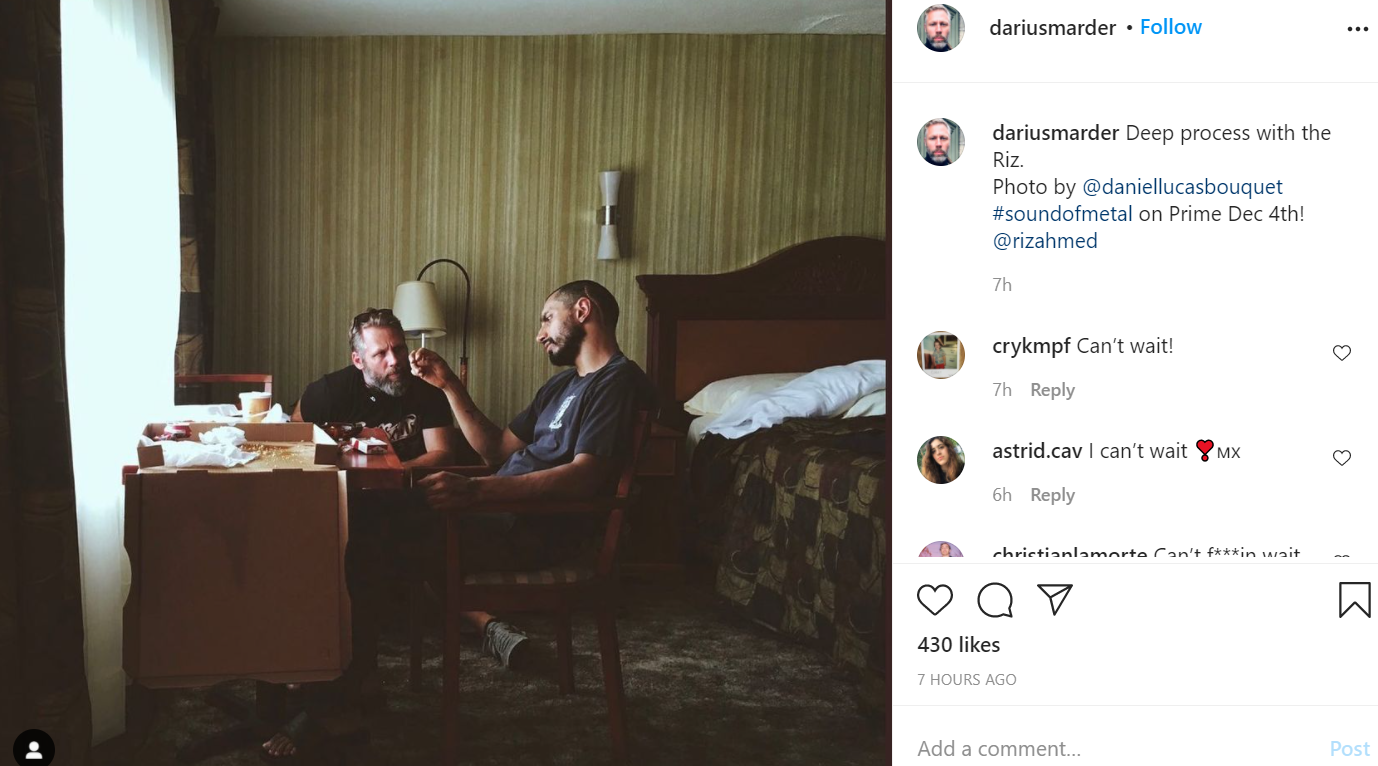 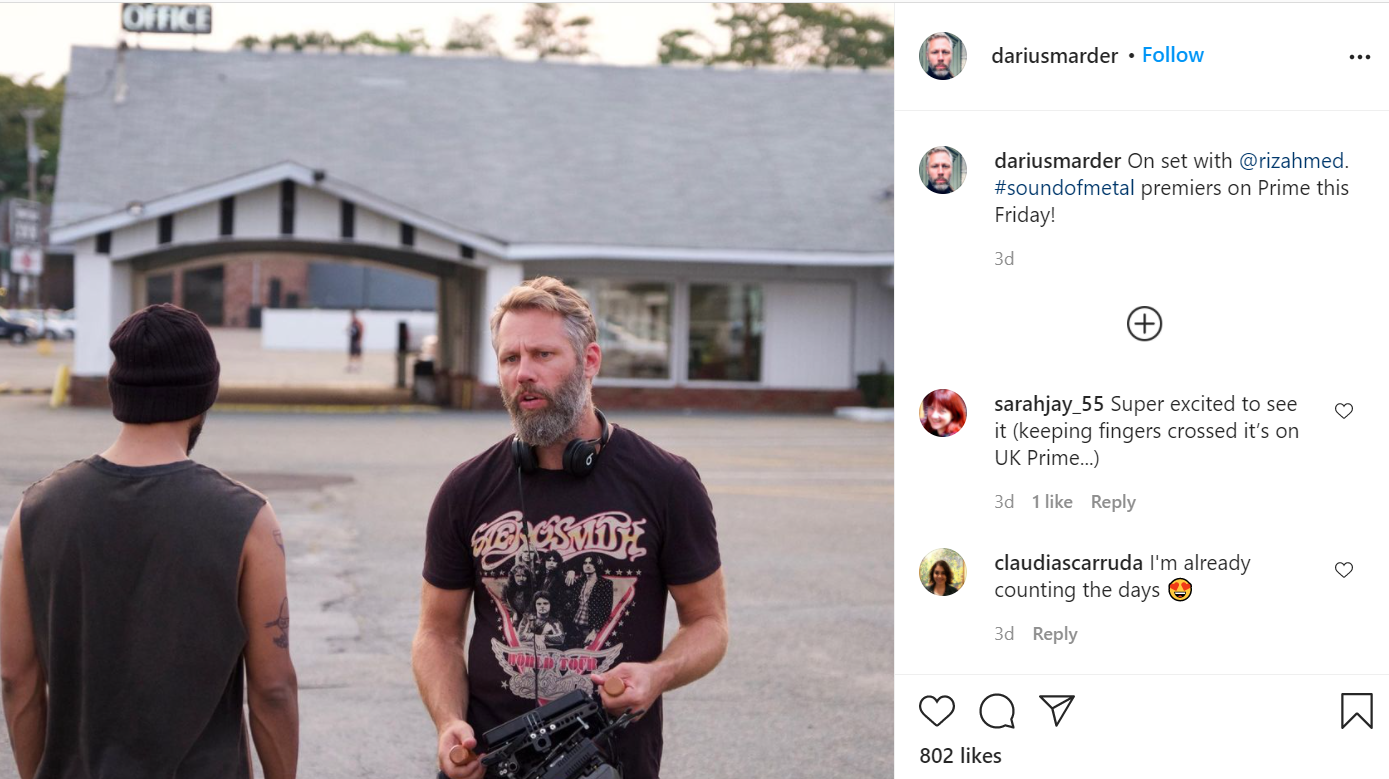 The movie ‘Sound of Metal’ is set in Fenton, Missouri, but it was majorly filmed in the town of Rowley, in Essex County, Massachusetts. One of the prominent shooting locations was the family-run Agawam Diner, which is situated at 166 Newburyport Turnpike, Rowley, MA 01969. Agawam Diner is an old-school 1954 rail-car diner, a quintessentially American establishment that’s run by sisters Angela Mitchell and Ethel DePasquale.

For the purpose of filming ‘Sound of Metal’, the Agawam Diner was transformed into Miss Fenton Diner, a truck-stop-style diner. Filming was done both on the exterior and in the interior of the place. The crew took about 12 hours to shoot the scenes at the diner, working from 4 pm to 4 am. Because the set needed to be completely quiet, all the appliances were shut off, even the air conditioning. 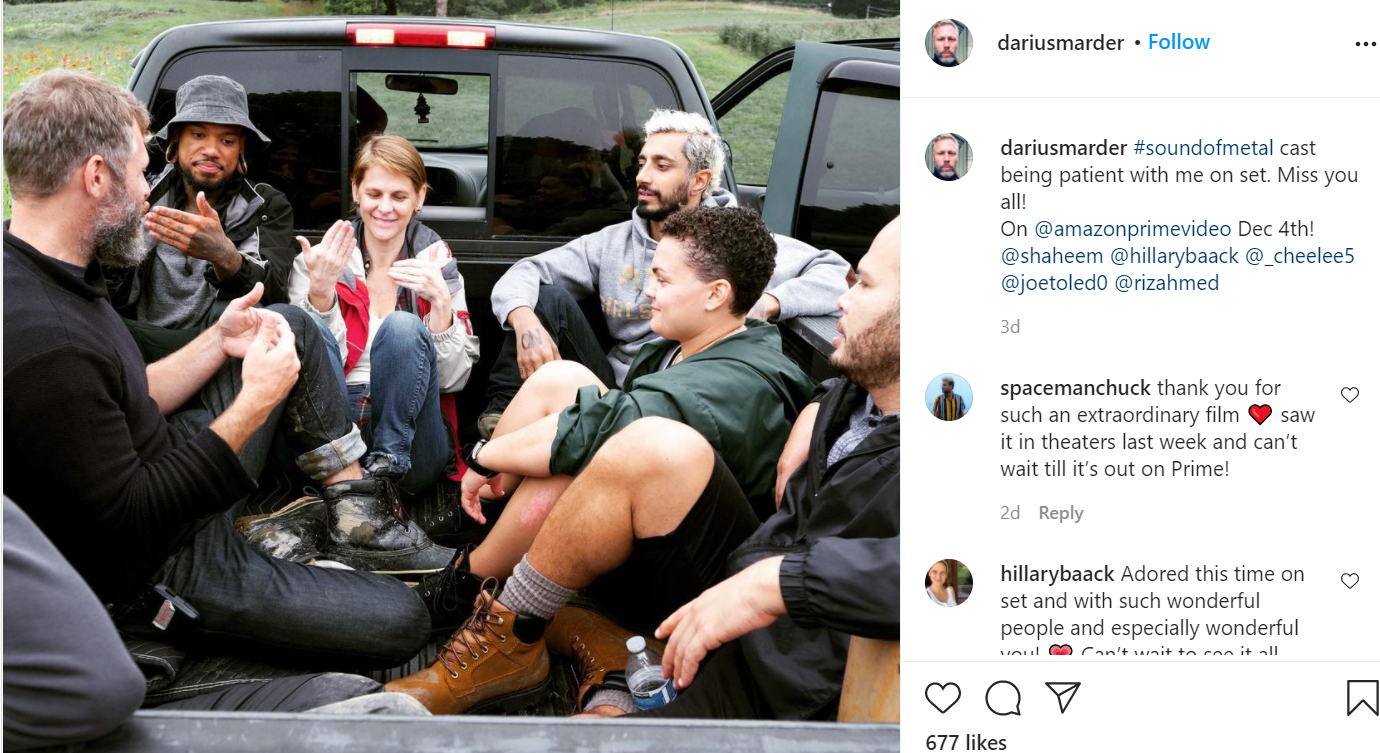 Major filming for ‘Sound of Metal’ also took place in the historically significant coastal city of Salem, in the North Shore region of Massachusetts. Salem is infamous for the 1692 witch trials, during which a number of locals were mercilessly executed for allegedly practicing witchcraft. Over the years, Salem has gained such widespread notoriety that pop culture is littered with countless “Salem witches” references. Below are a few photos from the set of ‘Sound of Metal’ while filming in Salem, taken from the Instagram account of actress Olivia Cooke, who stars in the movie. 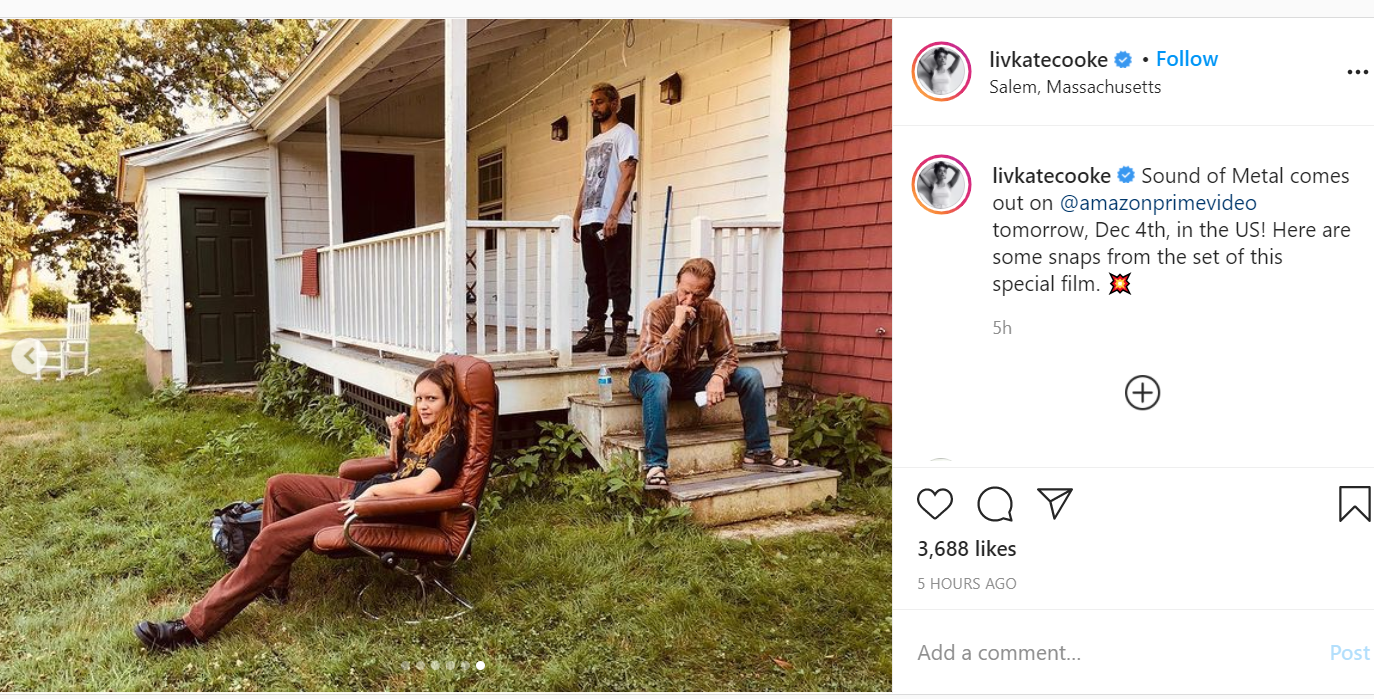 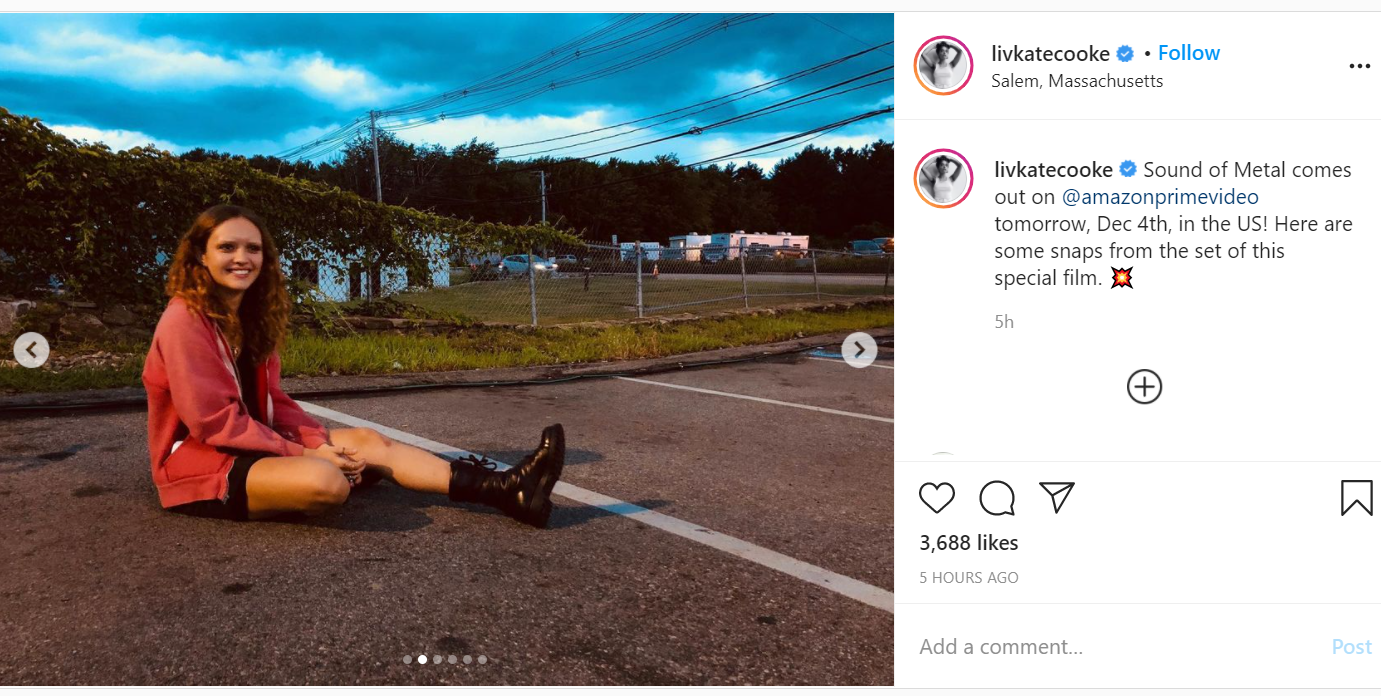 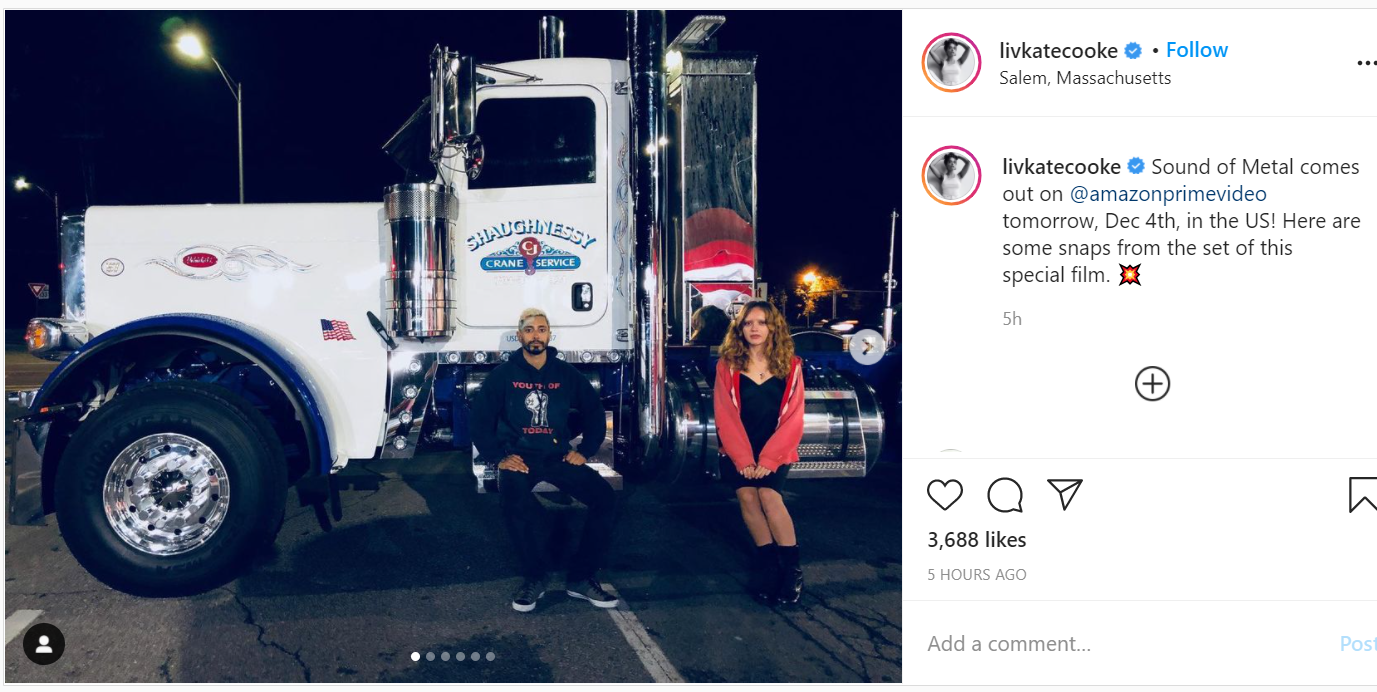 Read More: Is Sound of Metal Based on a True Story?