Jennifer Garner is not usually seen in roles where the protagonist is motivated by revenge and retribution. This is one of the primary reasons she stands out in ‘Peppermint.’ The story revolves around her character, Riley North, a wife and mother who works as a banker in Los Angeles. When her husband and child are tragically murdered, she embarks on a journey of vengeance. So, where is the movie filmed? Here are the details!

The movie was actually shot in California, and filming took place over the course of 55 days. Kandice Billingsley, the location manager, said, “When the audience sits down to enjoy the movie with their popcorn, they will never have a clue that the cast and crew were having as much fun as humanly possible. It is an exciting story told by the perfect director.”

It was reported on social media that filming began in Los Angeles in November 2017. The scenes that involve the depiction of the homeless on the streets were taken at the infamous Skid Row in Downtown LA. In particular, the 900-1000 block of San Julian Street is visible in the movie. In fact, the mural was also reportedly painted at the intersection of Olympic Boulevard and the aforementioned street. 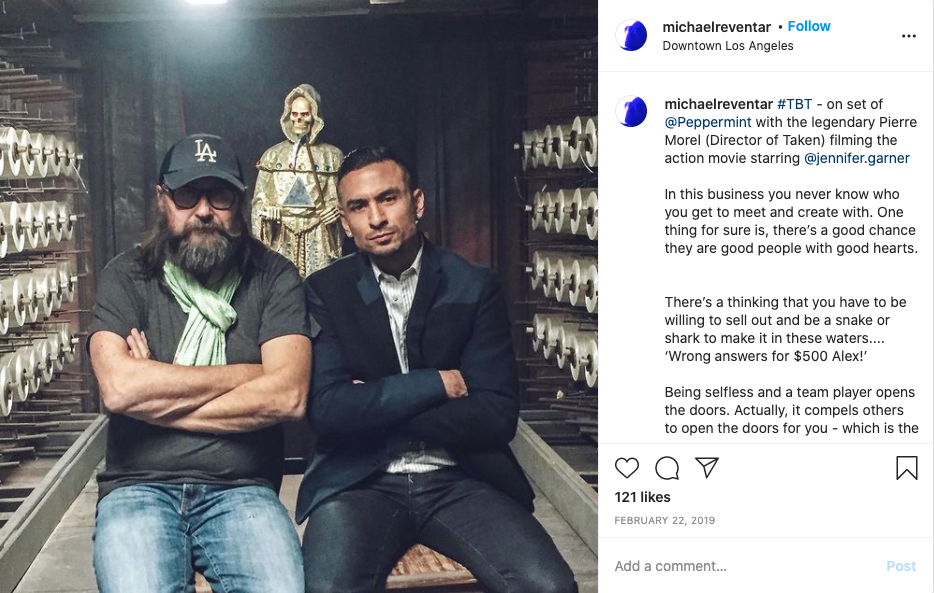 Apart from this, much of the movie was shot in Long Beach. Billingsley stated, “Shooting in Long Beach was a fantastic experience. The Ferris wheel and carousel at The Pike look magical on film. The location was so amazing that our director decided to change the script.” She explained that initially, they were searching for bridges near an ice cream shop.

The Long Beach location was suggested during a team meeting after they realized that the Cyclone Racer walking bridge was not a good fit for the scene involving Riley’s child. Furthermore, she added that there were many things they needed to consider, one of them being the local community. They publicly addressed the filming and ensured that people were on board with them hanging dummies off of the Ferris wheel.

Watching the filming of the new movie Peppermint. Apparently Jennifer Garner will be around later on this evening. pic.twitter.com/D5hvTfLR1C

Apart from this, the Pike Outlets, situated at 95 S Pine Ave, was also used for filming purposes. Lastly, she stated, “The Long Beach Film Office and the City of Long Beach were very helpful, and we could not have accomplished it without them…I was pleasantly surprised at how film-friendly everyone was, and we did our best to make a plan that worked for everyone involved in the community.”