Investigation Discovery’s ‘Who Killed the Lyon Sisters?’ is a two-hour special that examines the March 25, 1975, abduction and murder case of 12-year-old Sheila Lyon and her little sister, 10-year-old Katherine Lyon. The two of them had walked to a mall half a mile away from their home that day, with a promise to their mother to return by 4 p.m.

However, the young sister duo never made it back. Sadly, they haven’t been seen since. It was only in the mid-2010s, nearly 40 years after the fact, that the detectives reopened this cold case and subsequently found Lloyd Lee Welch to be responsible for the slayings of the Lyon Sisters.

Who Is Lloyd Lee Welch?

Lloyd Lee Welch is a convicted criminal who tried to botch the investigations into the Lyon sisters’ case from the very beginning, as per court records. About a week after Sheila and Katherine disappeared, on the very same day that newspapers printed a detailed description of a possible suspect, Lloyd came forward claiming to have seen their abduction. He went to the mall they were last seen at and told the security guard that he had evidence for the case. He said that he had seen the two girls get forced into a car by a man with a tape recorder briefcase. Because Lloyd’s description of the man matched the one that was in the newspapers, his elaborate statements were noted by the police. 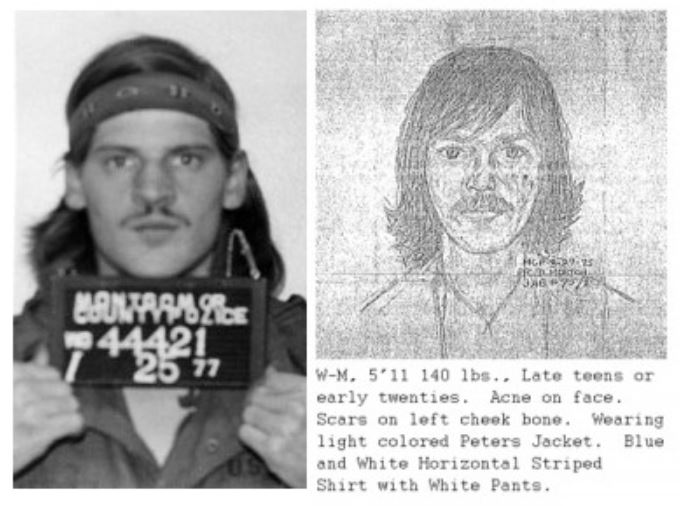 However, when Lloyd was made to take a lie detector test, he failed on most of the answers, which led to both him and his report getting dismissed. It was only in 2013 that a detective who was reviewing this cold case came across these statements and began looking into Lloyd. After a brief background search, they found that Lloyd had since moved to Delaware, where, as a former carnival worker, he had been convicted of child molestation and was serving a 30-year prison sentence. His old mugshot also bore a strong resemblance to a police sketch of another possible suspect. Therefore, the detectives decided to interrogate him, which led to Lloyd unknowingly making several self-implicating statements.

Over the following years, the law enforcement officers went through the hours of recordings from the 10+ questioning sessions they had with Lloyd Welch while also examining his extended family. Finally, in 2015, they charged him with first-degree felony murder for his involvement in the deaths of the Lyon sisters. He was also charged with abduction with intent to defile. After all, he had been convicted of rapes in three other states and was further identified as the same man who was seen paying inappropriate attention to the sisters in the mall. There is also the fact that his cousin told detectives that in 1975 he helped Lloyd burn two heavy, red-stained, army-style duffel bags without knowing its contents.

Where Is Lloyd Lee Welch Now?

Lloyd Lee Welch maintained his innocence in the case for a while, but if he went to trial, which was imminent, he knew that he would be facing the death penalty. Therefore, in September of 2017, more than four decades after the crimes transpired, Lloyd pleaded guilty to two counts of first-degree murder “for the abduction and killing of Katherine and Sheila Lyon in 1975.” He admitted to kidnapping the girls from the mall in Montgomery County, Maryland.

Authorities believe that he burned their bodies on Taylor’s Mountain in Bedford County, where his family owned a property. Ultimately, Lloyd got sentenced to 48 years in prison. Currently, at the age of 63, Lloyd Lee Welch is incarcerated at the James T. Vaughn Correctional Center, a level 5 prison, in New Castle County, Delaware, serving the remainder of his previous sex offender penalty.

According to the Delaware Department of Corrections, he is scheduled to be released from there in February of 2026. Following this, Lloyd will begin his 48-year-long, double murder conviction sentence in a Virginia Penitentiary. When the Commonwealth’s attorney spoke to the press after Lloyd’s judgment hearing, he specified that Lloyd could be eligible for parole in his mid-80s, but not before that.