‘Dear Christmas’ is a holiday-themed romantic film by Lifetime. It follows Natalie Morgan, who hosts a popular podcast that shares real stories of holiday romance. Although she comes across as an expert on romance, the truth is that she has never experienced it herself. During her promotional tour for the show, an unexpected visit back home proves to be a surprise when she meets Chris, a local firefighter.

The Christmas-themed movie is directed by Emily Moss Wilson from a script by the real-life couple, Juliet and Keith Giglio. The stunning town prepared for Christmas serves as the backdrop for this romantic film, which got us curious to know where it was filmed. After doing some digging, here’s everything we found out!

The lighthearted film was shot in 2020 during the pandemic with all the prescribed precautions in place. Let us take a look at some of the specific locations that have served as the shooting sites!

‘Dear Christmas’ was filmed in Nevada, specifically at Lake Tahoe and Reno. The largest alpine lake in North America, Lake Tahoe is a convenient location for filming because it is known for its natural and scenic beauty. The lake’s proximity to Los Angeles is just an add-on. It is also home to Melissa Joan Hart (Natalie Morgan), who has often shared that she would like to see more of Lake Tahoe on the big screen. This is one of the reasons that Hart films in the area whenever she can. 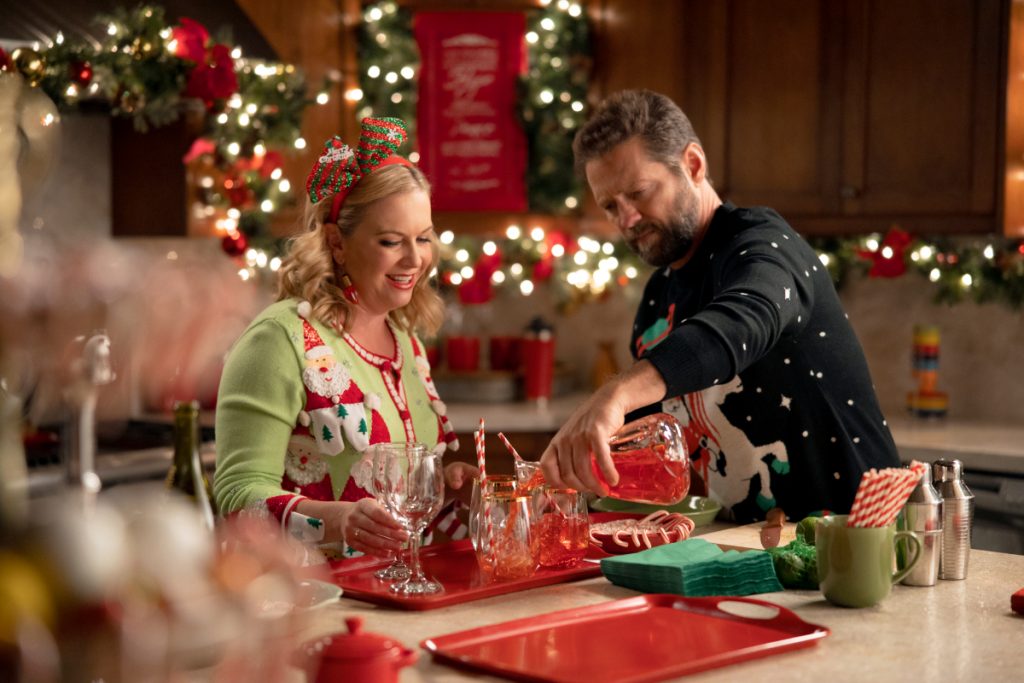 Hart has also directed another Lifetime film, ‘Feliz NaviDAD,’ ‘Feliz NaviDAD,’ which was filmed at Lake Tahoe. Some of the well-known films shot here include ‘The Godfather: Part II,’ ‘Smokin’ Aces,’ and ‘Her.’ This film was the second production in Nevada to get on the ground after the industry came to a standstill due to the COVID-19 pandemic. There were several changes that the team had to deal with in addition to the new filming protocols.

The writer couple, Juliet and Keith, usually visit the sets of the film they work on, which was not possible for this film. A few changes in the script had to be made to let go of extras required to film crowd scenes. One such scene was the Ugly Sweater 5K run, which was originally supposed to be a singalong in a bar. A few of the actors also filmed their scenes remotely.

Another interesting element in the film is that Chris is also a glass-blowing artist in addition to being a firefighter. Jessica Schimpf is a lead glassblower and the owner of Mantra Glass Art in Reno. She was contacted by Paula Hart, Melissa Joan Hart’s mother, who is also one of the producers of the film. Jessica Schimpf’s studio – Mantra Glass Art – also served as a filming location.

The professional also trained Jason Priestley (who plays Chris) on the basics of glass blowing. The close up shots that show Jack working on the glass are actually Schimpf’s hands doing the work. Visual effects were used to make it look like male hands. She also gets a little screentime as she features in the film as Chris’ assistant.

Melissa Joan Hart plays Natalie Morgan in this film. She is an actress, producer, and director, who is known for her roles in ‘Melissa & Joey,’ ‘Sabrina the Teenage Witch,’ and ‘Clarissa Explains It All.’ She also features in ‘My Fake Fiance,’ ‘Holiday in Handcuffs,’ ‘A Very Merry Toy Store,’ and ‘A Very Nutty Christmas.’

Jason Priestley plays Chris in the movie. He is best known for his roles in ‘Beverly Hills, 90210,’ ‘Call Me Fitz,’ and ‘Private Eyes.’ You may also recognize him in ‘Raising Expectations,’ ‘Expecting a Miracle,’ ‘Love Monkey,’ and ‘I Want to Marry Ryan Banks.’ Other cast members include Hilarie Burton, Antwon Tanner, Robin Givens, Nicky Whelan, and Faith Prince.