The reality television series, ‘The Fabulous Lives of Bollywood Wives,’ instantly became a hit since its premiere on November 27, 2020. Fans of Bollywood stars Samir Soni, Sanjay Kapoor, Chunky Pandey, and Sohail Khan are ever so curious to know more about them. Much in the style of ‘Keeping Up With the Kardashians,’ Dharma Productions came up with the idea of giving fans a sneak peek into the lives of the stars by showcasing their spouses’ personal and professional lives. Chunky Pandey and his wife, Bhavana Pandey, live in style, and here is what we have found out about the adorable couple!

Suyash Pandey, famous by his stage name, Chunky Pandey, has delivered remarkable performances in over 80 films during a span of more than 30 years. His success in Bollywood was short-lived, but most of his Bangladeshi movies have been a box office hit. Indian film industry and its audiences recognize him as playing second fiddle to more prominent actors. His career was undoubtedly at its peak during 1987-1994, yet his character acting holds a special place in his fans’ hearts. 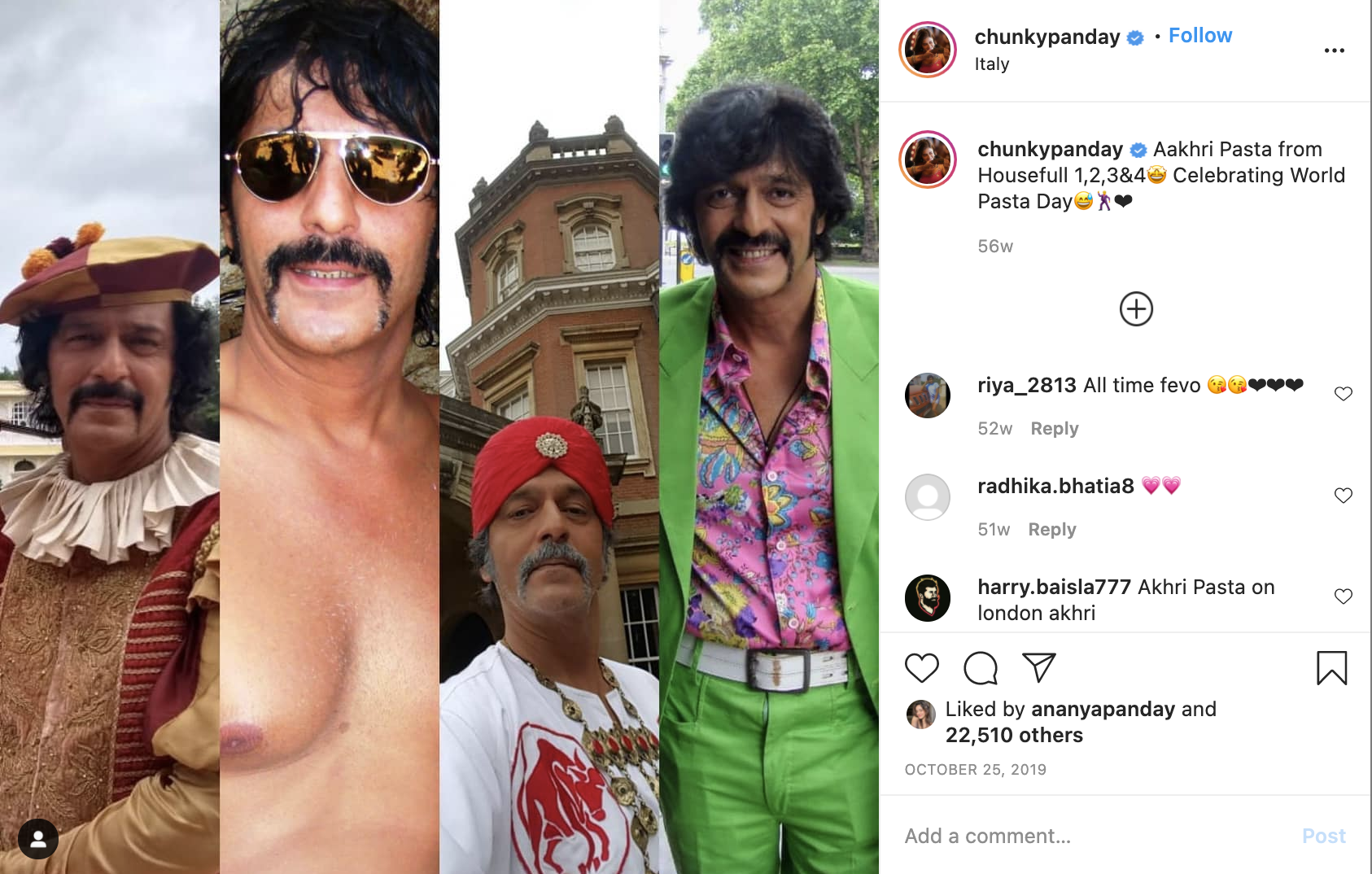 Chunky’s wife, Bhavana Pandey, is entirely dedicated to her husband and children, as is evident from a sneak peek at her social media accounts. She also gives her much-valued support in running her husband’s businesses like a bar named The Elbo Room, located in their hometown, Mumbai. The socialite turned a costume designer when she partnered with her longtime friends, Dolly Sidhwani and Nandita Mahtani, to launch her own high street fashion brand, LoveGen. Her sense of style is indeed marvelous! 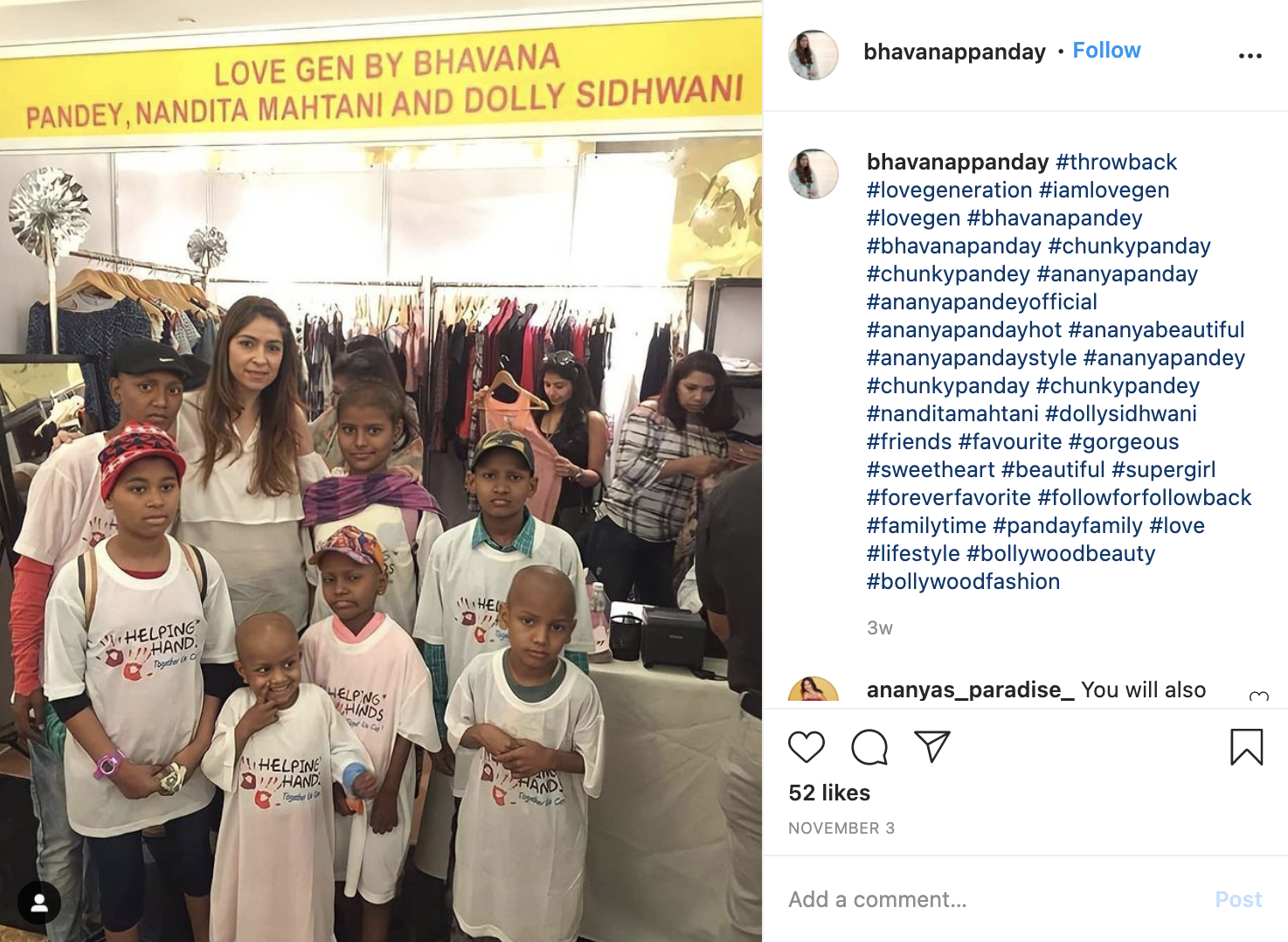 Bhavana and Chunky Pandey: Journey Together

Bhavana brought in Chunky Pandey’s life the much needed “tough love” and discipline that he lacked to make it big in life. Though there never was any want of talent in him, his laid back attitude became an obstacle in his path to achieve success and fame. Chunky often credits his wife for bringing him out of the dark places he got sucked into. The details of their first meeting are not of public knowledge but considering the circumstances of their union, it would not come as a surprise if the couple were to confess that theirs was an arranged marriage. 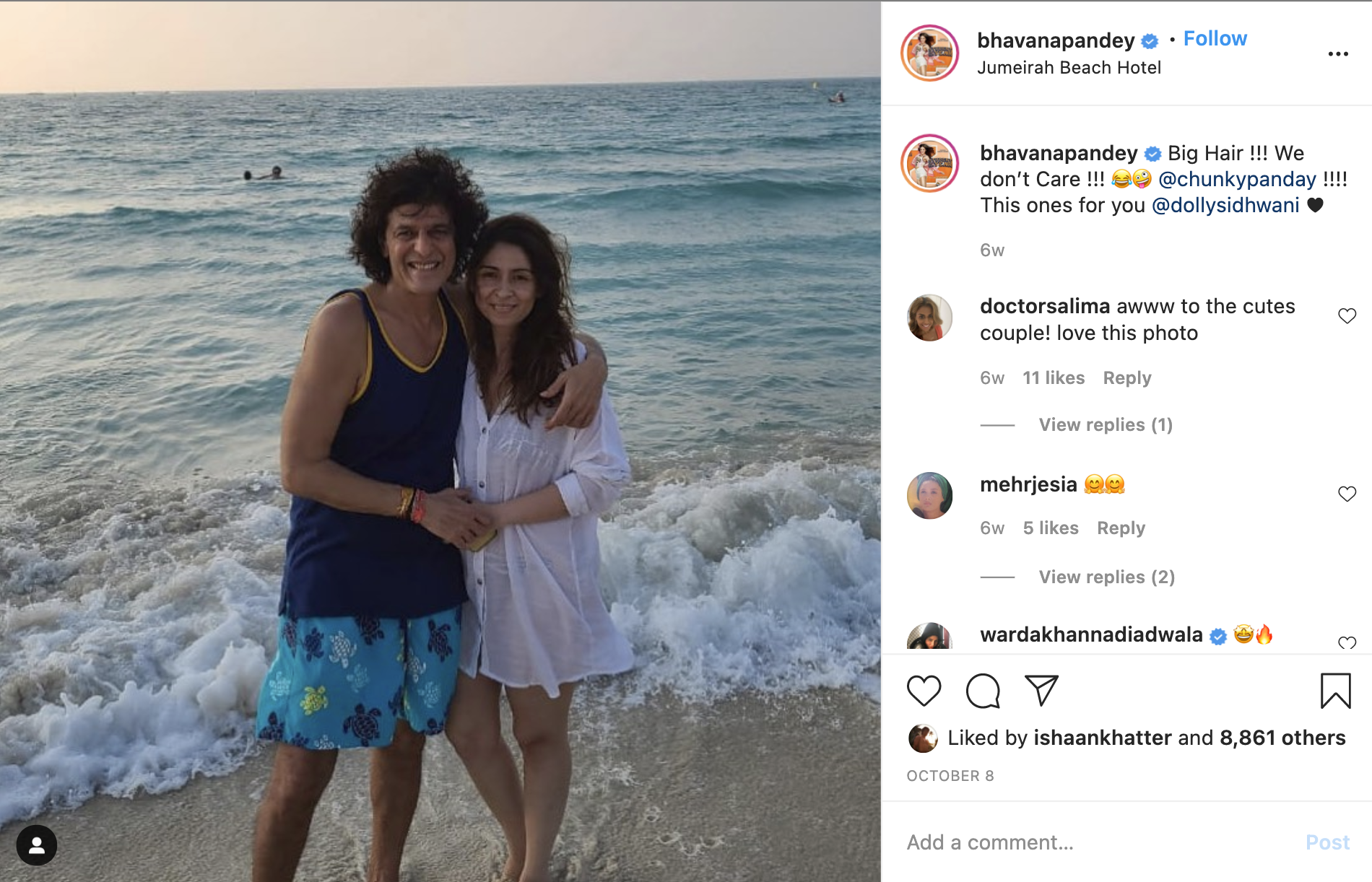 Chunky Pandey had recently come out of a two-year-long relationship with the former Video Jockey and Miss India titleholder, Anuradha Kottoor. The two were reportedly engaged before they decided to call it quits. It is believed that the former partners were at the peak of their respective careers and thus failed to make time for their relationship. His paths then crossed with Bhavana, and after a brief courtship period, the two tied the knot on January 17, 1998.

The marriage brought Chunky and Bhavana the stability that both had been looking for. They welcomed an adorable baby girl, Ananya, in the first year of their marriage. Guessing by her birthdate, which is October 30, 1998, she is a honeymoon baby, so the newlyweds were more than happy to become parents right away. The lovely pair has another daughter, Rysa, who lives a shadowed life as of now. Ananya, 22, is an Indian actress whose debut performance in ‘Student of the Year 2’ won her the prestigious Filmfare and Zee Cine Awards. 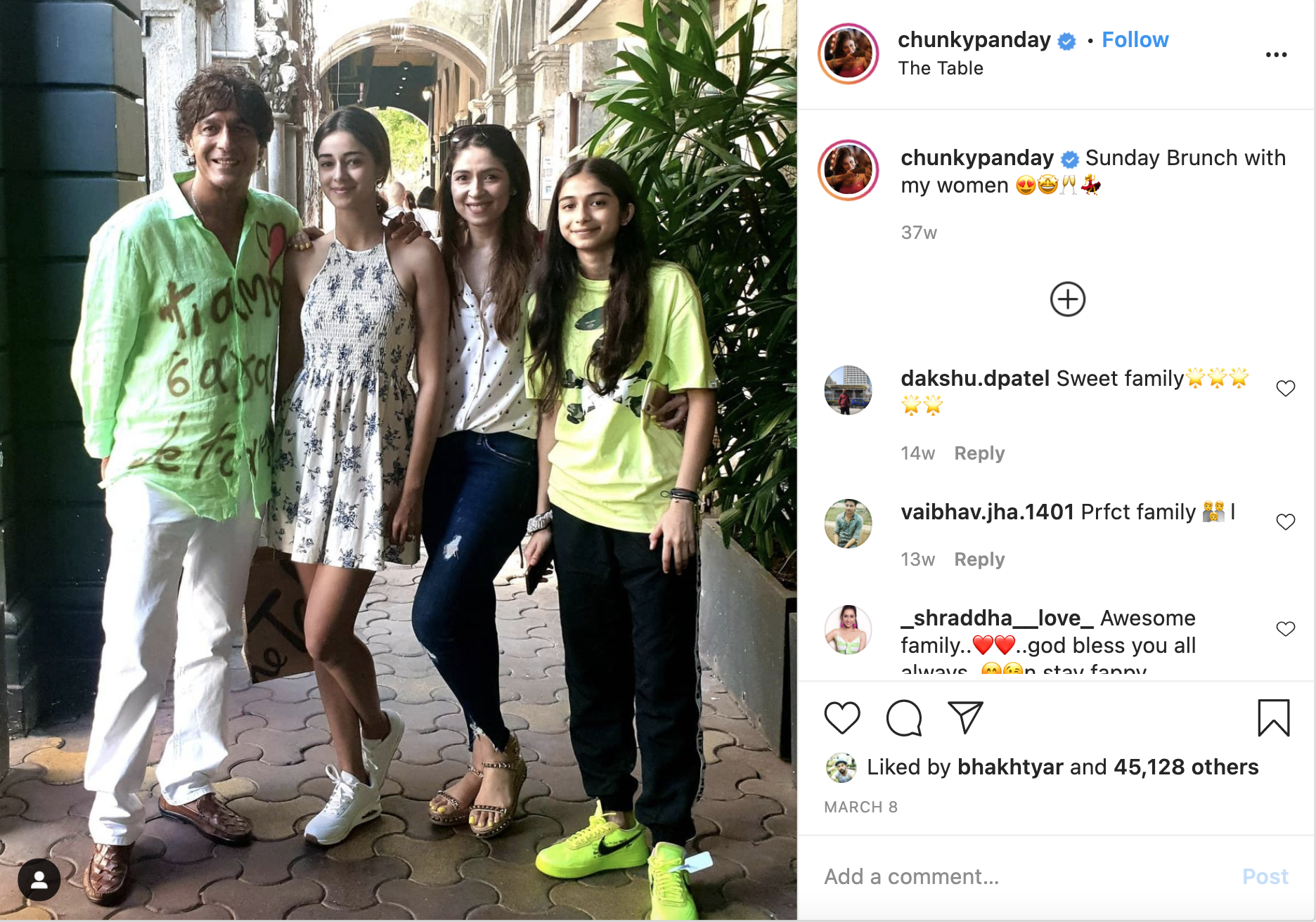 Rysa, 16, is still pursuing her high school education and has already won numerous Athletic Championships, along with being selected in soccer tournaments. Through the soul-pleasing throwback pictures of her family, Bhavana Pandey slyly reveals to the world her life’s priorities. More than her own pictures, she is disposed to sharing the achievements of her husband and daughters. The mother of two takes immense pride in the awards that her elder daughter has earned and the medals that the younger one brings home.

Read More: Maheep and Sanjay Kapoor: Everything We Know