‘The Voice’ is a popular American singing reality series in which participants compete with one another to prove the perfection of their vocal skills and take home the illustrious trophy and cash prize. In season 19, premiered on October 19, 2020, the winner received a whopping $100,000 and a record deal with Universal Music Group. The season features Blake Shelton, Kelly Clarkson, John Legend and Gwen Stefani as the judges, along with Carson Daly as the host.

One of the contestants who garnered appreciation from all the judges right after the blind audition is Payge Turner. She became an instant hit on the show after she struck an astonishing low note during her performance. Payge’s impressive stage presence intrigued us to dig deeper into her background, and here is everything we have found out!

Payge Turner Nationality: Where Is She From?

Paige “Payge Turner” Roopchan hails from the Caribbean on the island of Trinidad and Tobago. At the age of 12 or 13, the aspiring artist was relocated to the U.S. following her parents’ legal separation. The attempt to move countries was made with the intention of providing a stable life to Turner and in anticipation of better educational opportunities for her.

Despite her father, Peter Roopchan’s best efforts, Payge’s teen years were spent in the state of an acute cultural shock. Now, Turner resides in Seattle, Washington, where she shifted in 2018 to pursue a career as a soul singer. In addition to following her heart’s calling, she also coaches aspiring musicians with voice and keyboard sessions at the School of Rock.

Hailing from the Port of Spain, Payge Turner is a 27-year-old singer who showed an inclination towards being a musician from the time she turned 5. Her mother, Jacqueline Johnson, is a contralto soloist and sings in compilation with The Marionettes Chorale, one of the oldest performing arts organizations in the Caribbean. Fascinated by the world of music, Payge often accompanied her mom to the rehearsals and sung along with her twin sisters. As a young girl, she could not restrain herself from playing a few melodious notes every time she would sit on a piano set with her grandmother.

The Trinidad-born rock artiste attended the Colby High School in Kansas. In addition to honing her singing skills, Payge also played on the women’s varsity basketball team. Her two years at the Colby Community College were actively spent participating in track-and-field in the triple jump, javelin, and the women’s indoor pentathlon. The top athlete went on to earn a degree in music theory and vocal performance after she won songwriting awards at the 2013 and 2014 National Fine Arts Festivals in Orlando, Florida. 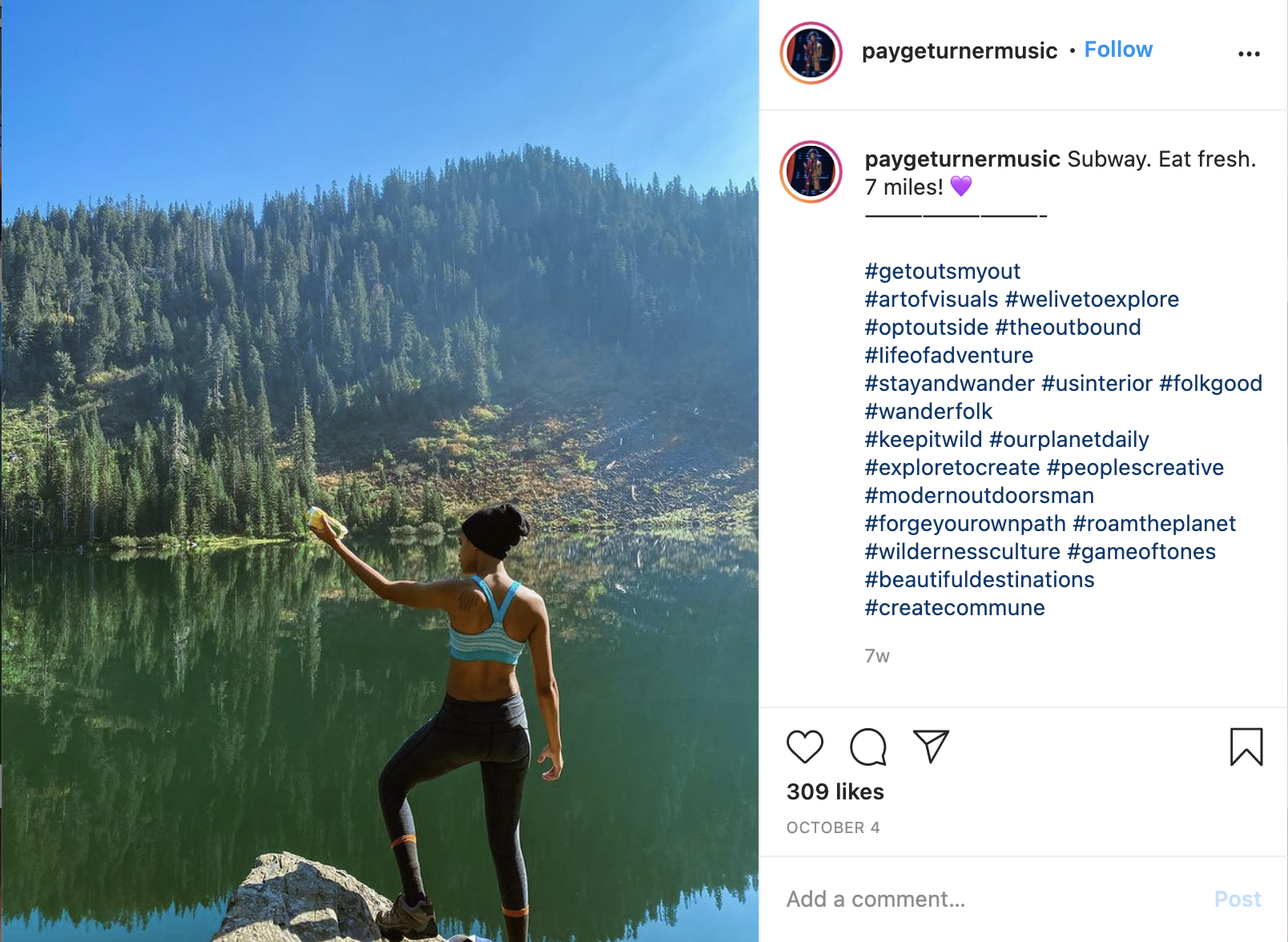 Payge Turner is not even 30 and has already earned a dedicated fanbase because of her exceptional talent as a singer and songwriter. Her “low note” and confident stage performances on ‘The Voice’ ensured everyone that she is not a singing novice or an amateur but brings with her years of experience. Her heart-touching version of The Weeknd’s “Call Out My Name” during the blind audition dazzled the audience as well as the judges, leading her into Team Gwen, trained by the pop singer, Gwen Stefani.

Before coming to the popular show, Payge aimed to clearly voice the grievances of the Black, LGBTQ, and immigrant communities. Now, she intends to do much more than just that. Within the last five years, Payge has released four singles, “Beautifully Flawed,” “Wyld,” to name a few. In June 2020, she released her four-song debut EP “Sleep Walker,” sung in her mesmerizing and sexy voice.

Payge Turner’s burgeoning career seems to have leaped forward after appearing on NBC’s hit reality series, and receiving plaudits from the Art Minister of Trinidad is proof enough. Clearly, there is no going back for this rising star!

Read More: Micah Iverson From The Voice: Everything We Know