During its seven-year run, the popular drama series ‘Gilmore Girls’ garnered a phenomenal fan following. Between the years 2000 – 2007, Lauren Graham and Alexis Bledel won hearts all around as the fast-talking mother-daughter pair, Lorelai and Rory, whose adventures still serve as comfort watching to Netflix viewers. And while the original series of ‘Gilmore Girls’ remains ever-popular and nostalgic, its memories were evoked once again when the show’s creators decided to make a revival series, titled ‘Gilmore Girls: A Year in the Life’.

This limited series, consisting of 4 episodes that feel more like mini-movies, takes us through a year in Lorelai and Rory’s life in the present when Rory is 32, the same age Lorelai was in the first season of the original series. ‘Gilmore Girls: A Year in the Life’ premiered in 2016 on Netflix and takes the audience back to the dearly familiar New England town of Stars Hollow. If you’re wondering where the revival series was filmed, we have all the information right here.

Gilmore Girls: A Year in the Life Filming Locations 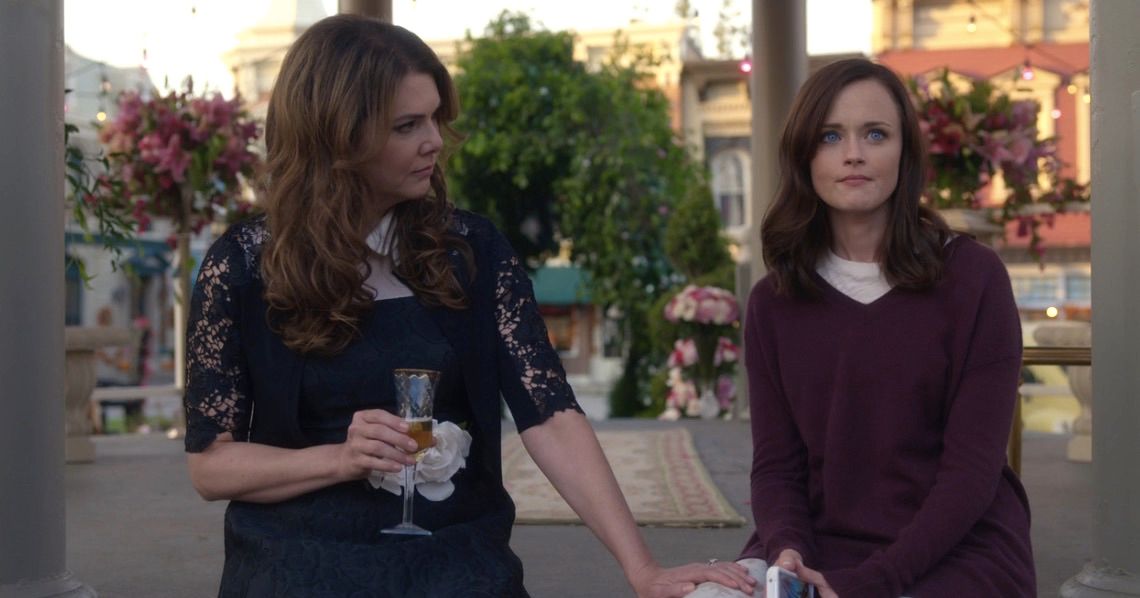 ‘Gilmore Girls: A Year in the Life’ was filmed, just like the original series, in Burbank, Los Angeles, and Beverly Hills, California, despite being set in a fictional town in Connecticut. Here are more details about the exact locations used.

The tiny little town of Stars Hollow, which feels like a beloved quirky character in the show, was actually a set built in the Warner Bros. Backlot, located at 4000 Warner Boulevard, Burbank, California. The Backlot is a sprawling location with different streets going through it. Miss Patty’s Dance Studio is on French Street. Doose’s Market, Luke’s Diner, and the town square with the gazebo are on Midwest Street. 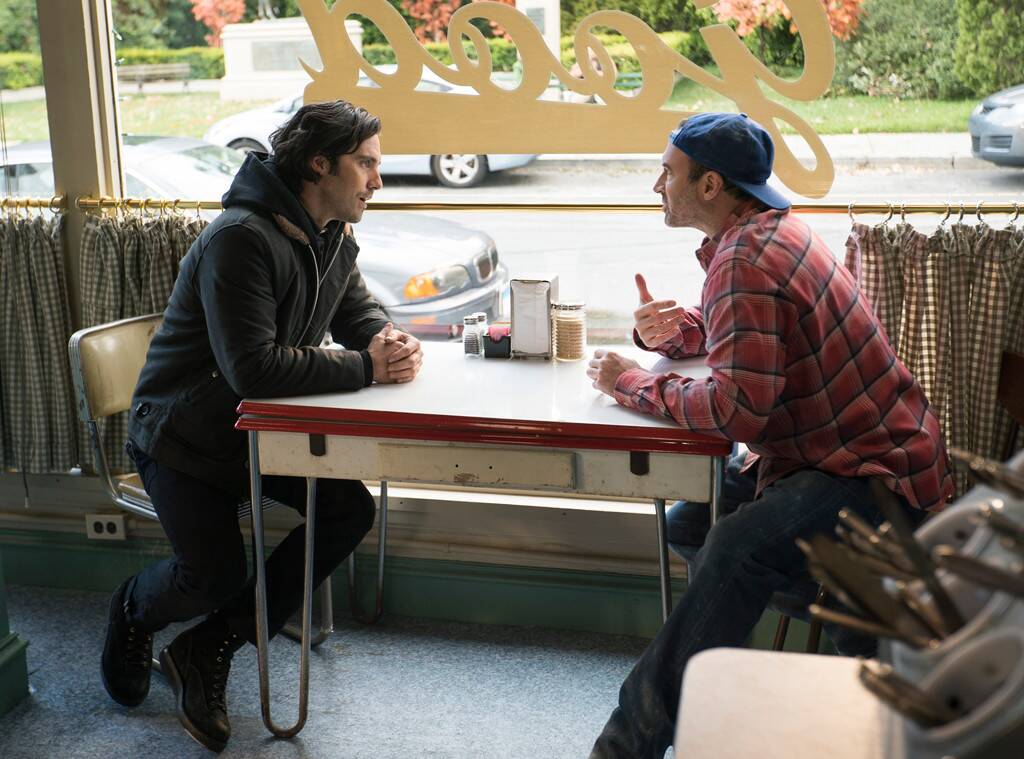 Lorelai’s charming blue house is to the east of Midwest Residential Street. A few scenes that are set in New York were filmed at Hennesy Street and Bridge Building inside the Warner bros. Studios. Warner Bros. Ranch served as the filming location for the Stars Hollow Community Pool and the DragonFly Inn’s exterior. The interiors of Lorelai’s home, the DragonFly, and the Gilmore Mansion were all filmed on soundstages. 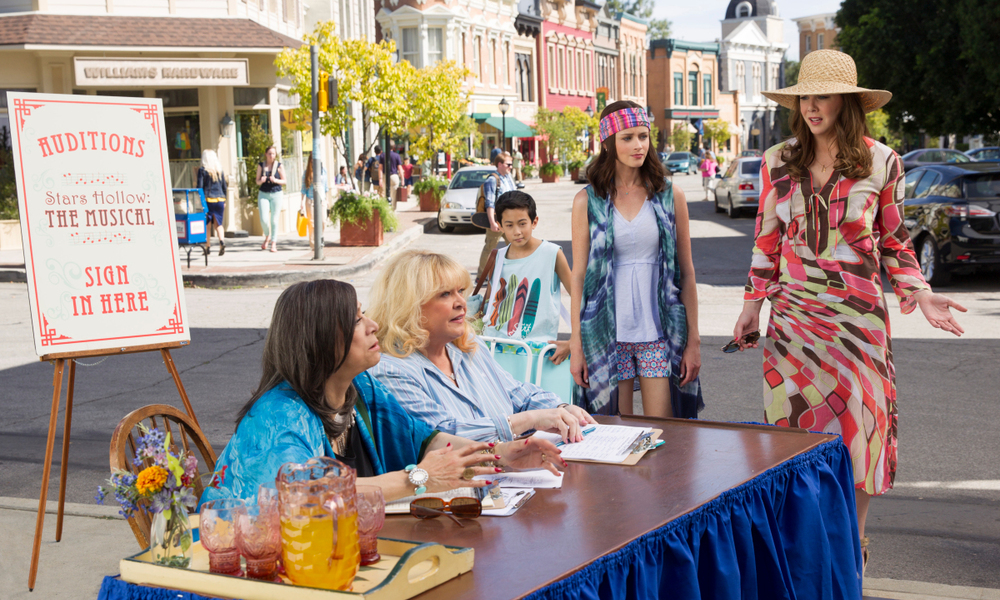 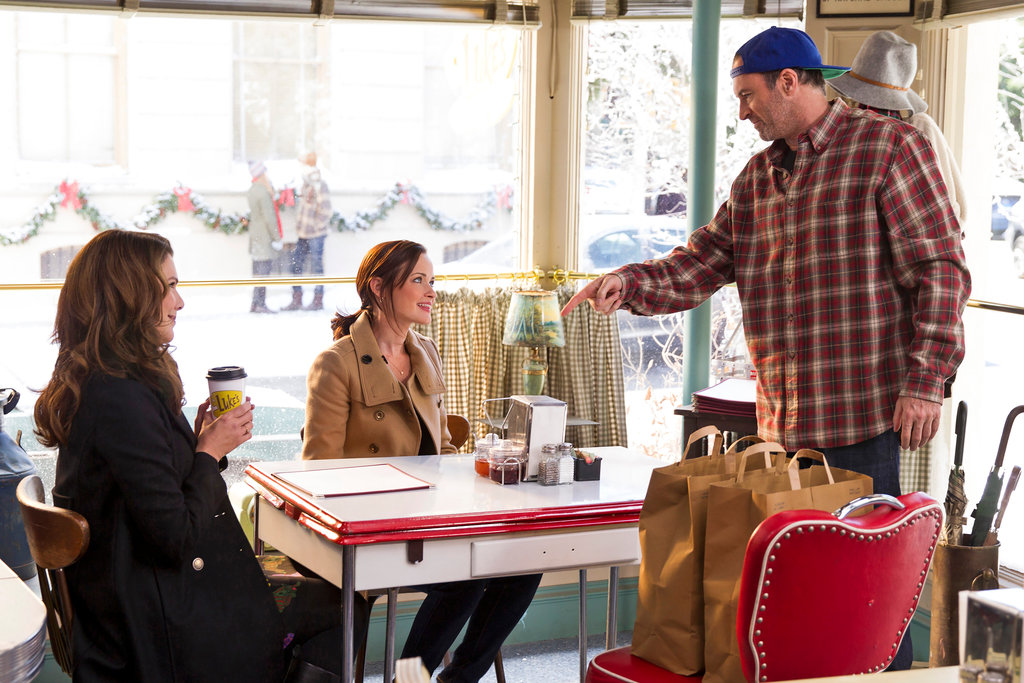 Richard’s funeral scene was filmed at Mountain View Cemetery, located at 2400 N. Fair Oaks, Avenue, Altadena. Wilshire Ebell, a private club located at 743 S. Lucerne Blvd, Los Angeles, has served as a filming location many times on both the revival series and the original. Lorelai stays at the Sierra Paloma Motel at 12117 Sierra Hwy, Santa Clarita, when she goes for the ‘Wild’ trek. The ‘Wild’ trek starting point was filmed at Malibu Creek State Park; 1925 Las Virgenes Road, Calabasas. The Halfway House Cafe, where Lorelai stops to get coffee during her trip, is located at 15564 Sierra Hwy, Santa Clarita. The Greystone Mansion at 905 Loma Vista Drive, Beverly Hills, is the location for Rory’s elite private school Chilton (set in Hartford, CT).