Carolina Giraldo Navarro, professionally known as Karol G, is a reggaeton and Latin trap artist and a Latin Grammy Award winner. Her beau, Emmanuel Gazmey Santiago, famous by the moniker Anuel AA, is an award-winning American rapper. But what happens when you begin to fall for someone you have been working with? While mixing business with pleasure proves to be a failure for many, Anuel AA and Karol G have announced to the world that they are a clear exception by way of their inspiring relationship. But have they been able to stay glued to each other or have unfortunately drifted apart?

How Did Anuel AA and Karol G Meet? 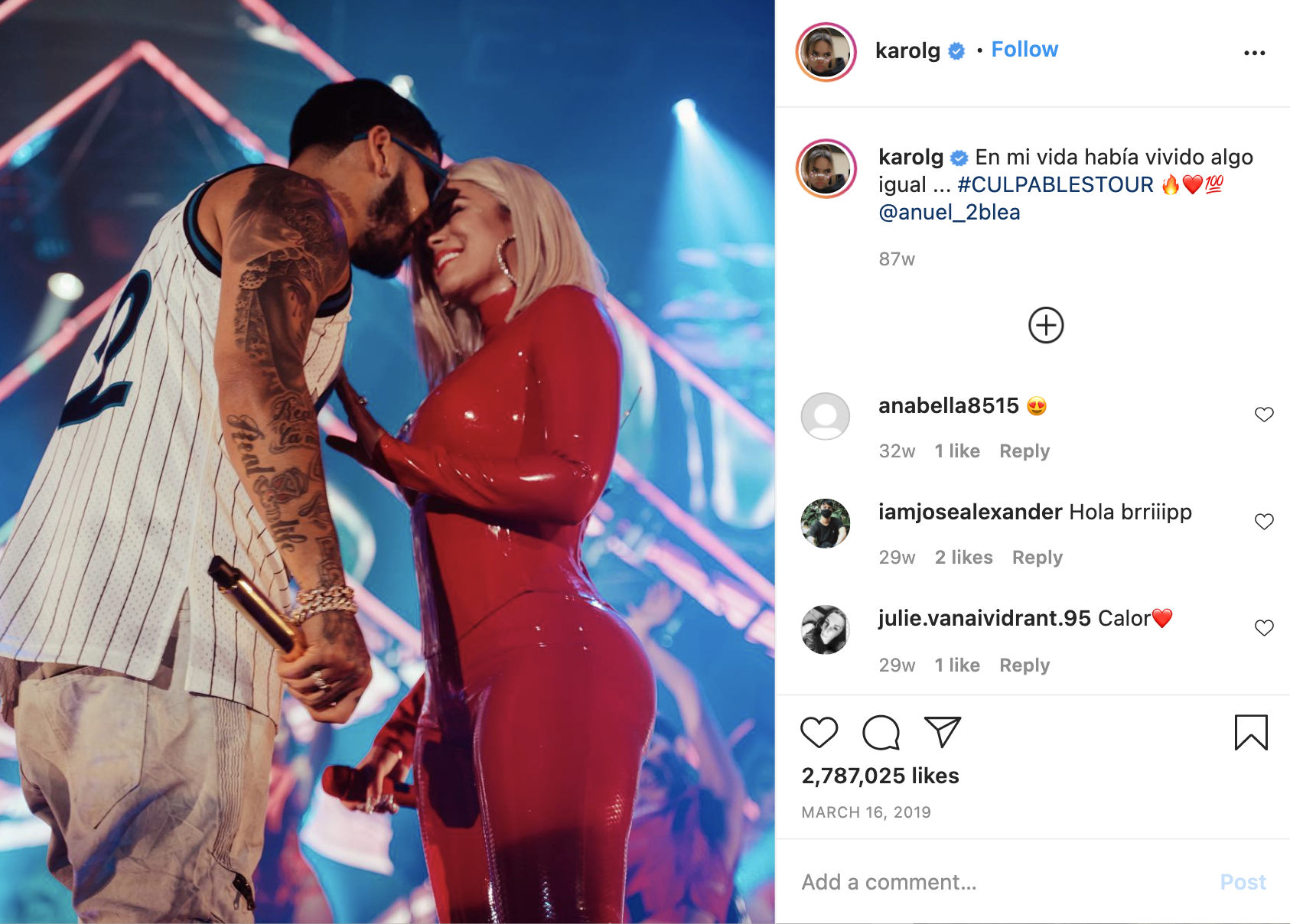 In 2018, Karol G’s wish to collaborate with Anuel AA for a remix version of her song “Ahora Me Llama” could not get fulfilled. According to Primera Hora, he was behind bars during the same time, serving a 30-month sentence for illegal possession of firearms. But after he was released on parole, the Puerto Rican singer connected with her through Instagram and reportedly, the two started dating over the phone without even meeting in person. In September 2018, the release of their song “Culpables” ignited the rumor of the two being an item, a claim both refused adamantly until only recently. They shot the video of the song together in August and that was it for them to know that they were meant to be. But was it only infatuation or are they still together?

Are Anuel AA and Karol G Still Together? 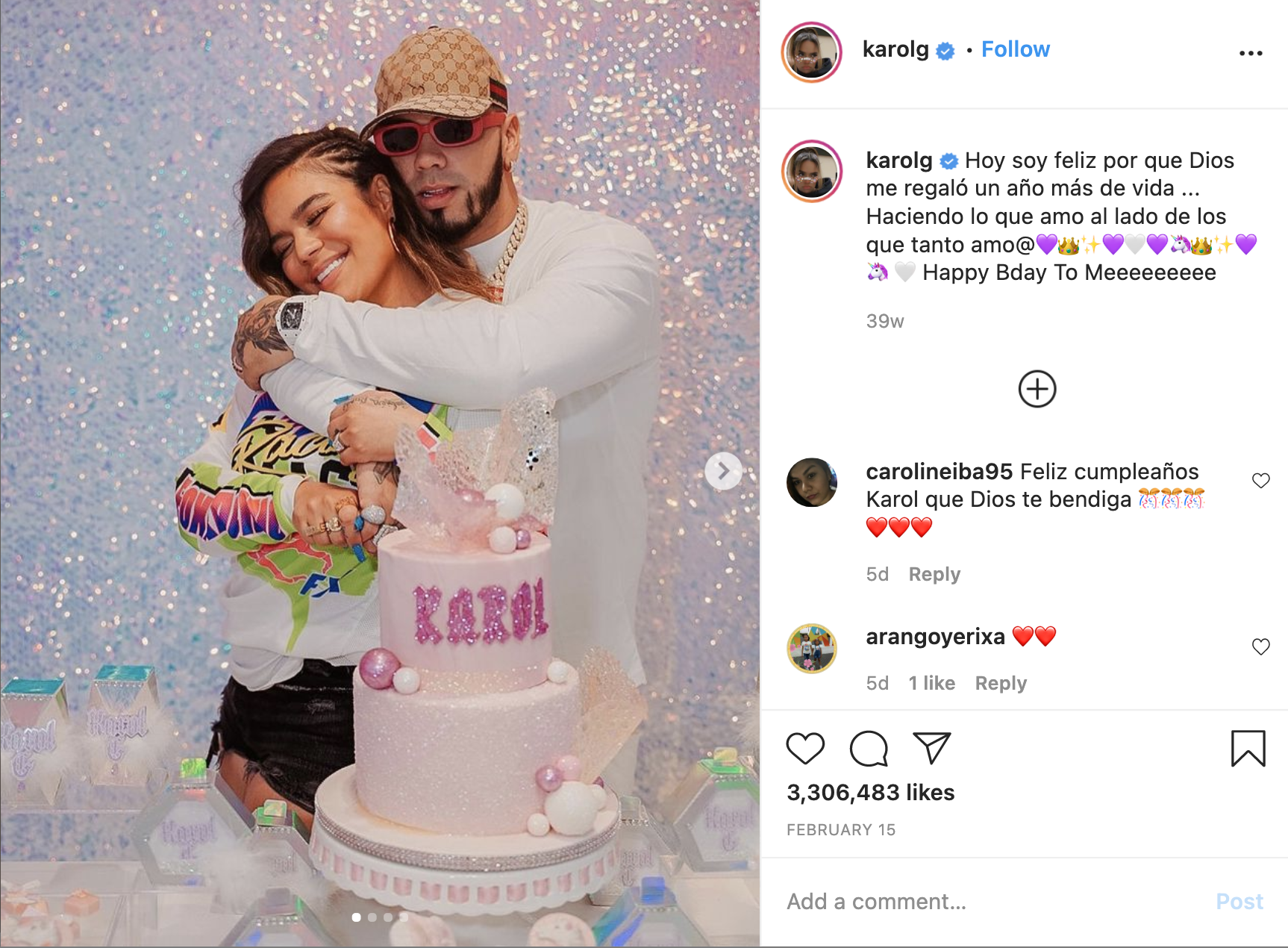 Anuel AA and Karol G took their own sweet time before coming out in the open about their union. In 2018, the frequent collaborators decided to reveal the whole truth in November. Karol G shared a cute picture of them a day after her beau’s birthday and openly expressed her feelings through a Spanish Instagram caption. They have been moving ahead in leaps and bounds as the two got each other’s real names tattooed at the back of their hands only a month later. Anuel even got a picture of them together drawn with permanent ink on his back.

Anuel AA and Karol G officially shared their private moments with the world by releasing an amorous song “Secreto” on January 15, 2019. On April 25, 2019, the adorable couple made their relationship red carpet official at the Billboard Latin Music Awards and used the occasion to announce their engagement. The adorable couple’s well-wishers can heave a sigh of relief as they are still together and going strong. They are yet to set the wedding date but considering how secretive the two have been throughout their relationship, it would not come as a shock to their fans if they settle with a hush-hush ceremony.

Read More: Are Blake Shelton and Gwen Stefani From The Voice Still Together?