‘Miz & Mrs.’ is a reality show that follows the personal and professional lives of WWE A-listers The Miz (Michael Mizanin) and Maryse as they try to balance parenting and their demanding careers. The series premiered on July 24, 2018, and is a spin-off of ‘Total Divas.’ Fans really enjoy the happy couple’s antics on the series and always look forward to more. The stunning home of the couple is one thing you can’t take your eyes off of. We were curious to know where the house is located, so we dug further, and here is what we found!

If you are a hardcore fan, you must know that the couple has moved from L.A to Austin and back to L.A. This transition has made fans wonder where do they currently live. Well, let us clear it up for you!

‘Miz & Mrs.’ season 1 is predominantly filmed in the Mizanins’ home (Castle Marmiz) in Austin, Texas. Before they moved to Austin, the couple owned a home in Laurel Canyon, Los Angeles, which they lovingly referred to as Chateau Marmiz. They did not feel safe in L.A. as there were constant attempts to break-in into their house. Over the period that the family lived there, they also saw a regular stream of tourists who would take photographs of the house. Although they had considered moving to Las Vegas, they set their heart on Austin, where the couple moved with their newborn daughter Monroe Sky in 2018. 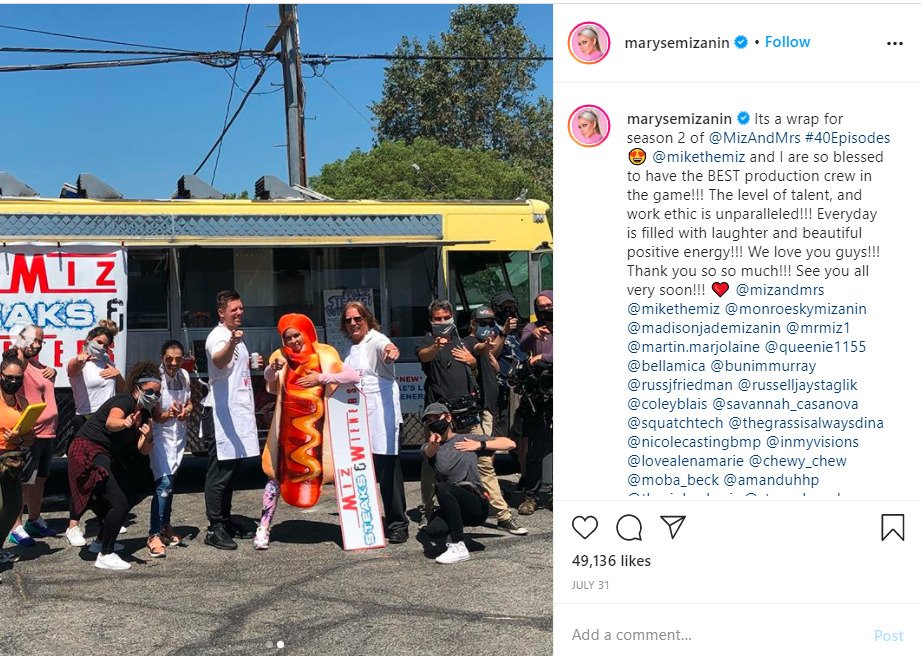 Castle MarMiz is named after their old L.A. home and is the site of filming for season 1. This property is a faux-Mediterranean farmhouse, which is spread across 7,770 sq. ft. and has five bedrooms. It was home to the family for 15 months until they sold it in 2019 for about $2.64 million.

After 15 months of living in Austin, they decide to move back to L.A. as seen in the second episode of season 2. While they got their new home ready, they planned to stay for eight weeks at a rental home, which eventually stretched to seven months. The series takes us through various private properties in different neighborhoods of L.A. before the two zeroed down on “Rental MarMiz.”

Miz and Maryse bought an English Manor-style mansion near Westlake Village, California. Their younger daughter, Madison Jade, was born soon after they moved there. Spread across 10,400 sq. ft., the property was built in 2001 and is exactly located in the gated North Ranch Estate in Thousand Oaks in Ventura County, California. It offers a gorgeous view of the golf course and the mountains. So there you have it, this plus-sized enclave is where The Miz and Maryse currently live with their two kids.

Read More: What is The Miz’s Net Worth?