It’s happening, folks! The legendary ‘Real Housewives’ franchise has landed in Salt Lake City, Utah, and Season 1 of ‘Real Housewives of Salt Lake City’ promises all the drama, gossip, parties, and extravagance that audiences have come to expect from the long-running reality TV franchise. A brand new set of housewives feature in the first season of RHOSLC and they are just as intriguing, gorgeous, and drama-prone as their counterparts in other ‘Real Housewives’ spin-offs. This group of massively successful women, who run multi-million-dollar businesses, attend glittering high profile parties, maintain their luxurious homes, and go on wild shopping sprees all in a day’s time, also find time to partake in a wide range of emotional drama. Here we have compiled a list of all main cast members, ranked according to their net worth, to determine which lady is the richest among the rich of Salt Lake City. 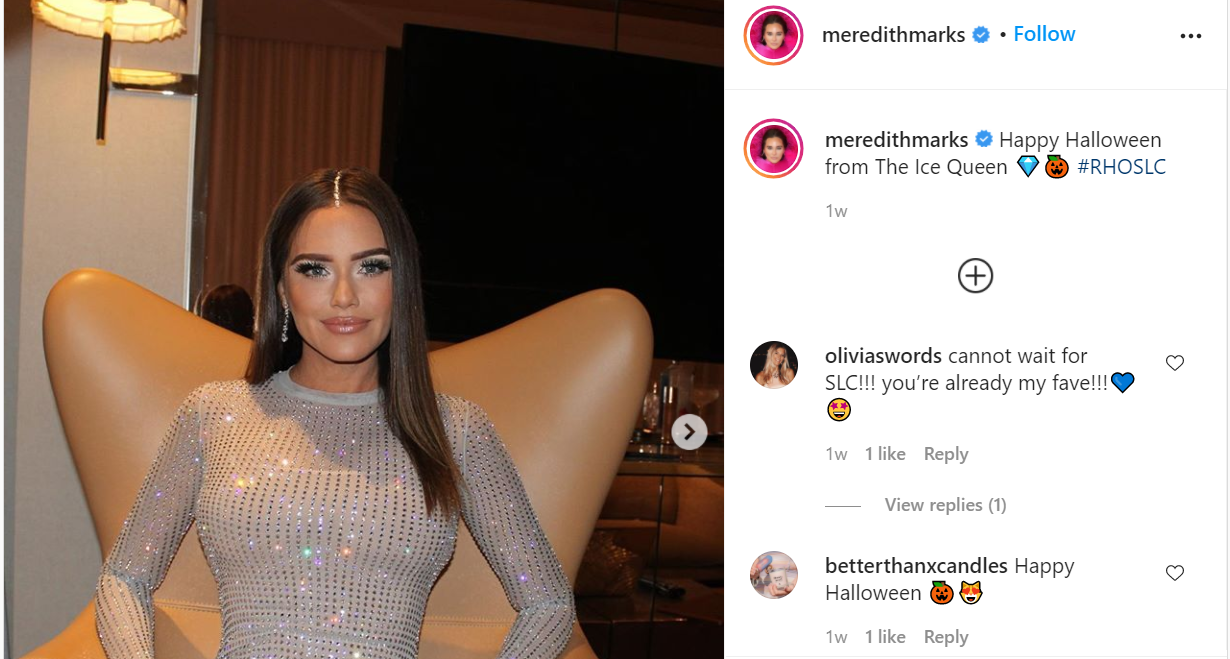 Meredith Marks is not just a reality TV star and housewife, but a well-known (and well-loved) jewelry designer whose designs have been worn by the likes of Rihanna, Courtney Cox, and Charlize Theron (among many others). Hailing from Chicago, Meredith has a degree each in fine arts, law, and business. Before she launched her jewelry line in 2009, Meredith used to work in the real estate sector and also owned a health club. Her current net worth is estimated at a respectable $1 million. 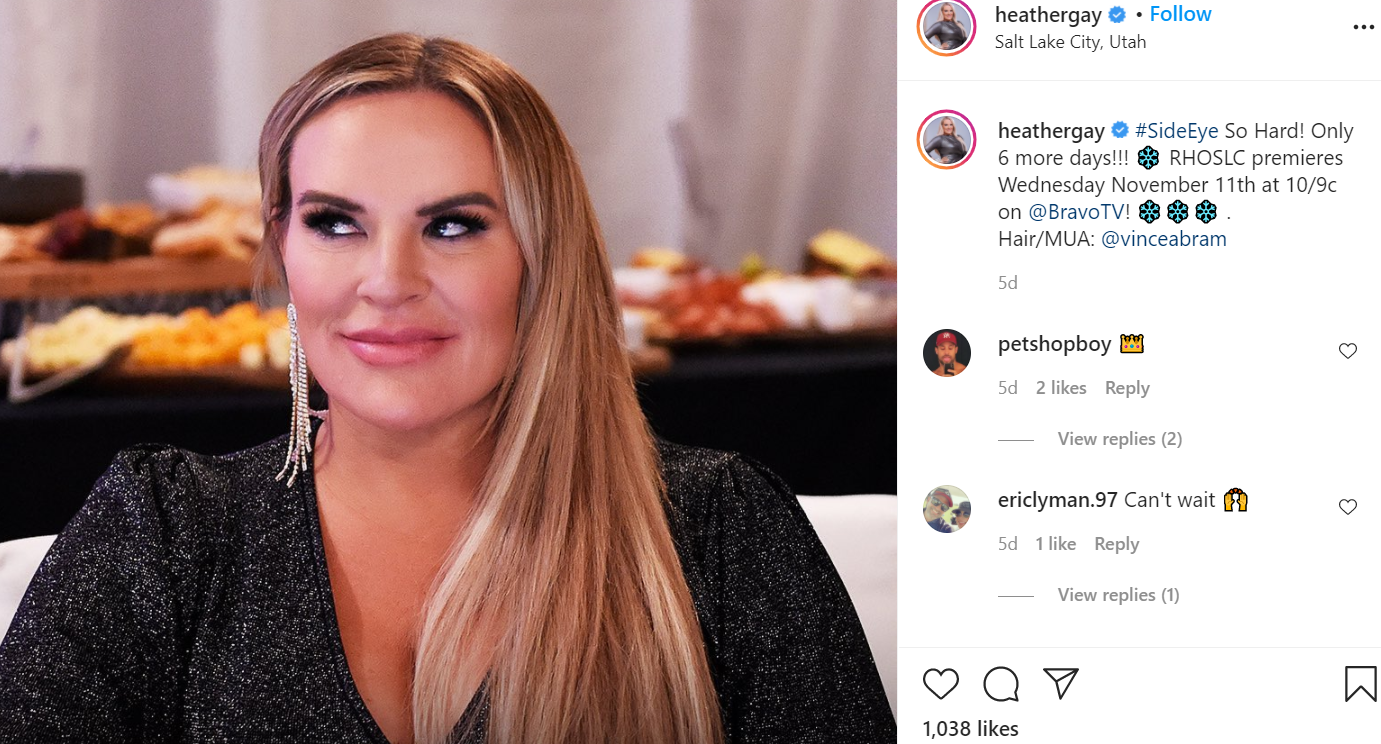 Heather Gay used to be married to Mormon royalty and was a devout Mormon for 11 years but after her divorce from her husband (whose identity is a mystery as of right now), Heather distanced herself from the Church of Latter-Day Saints and now calls herself “Mormon-ish”, meaning that she only follows some religious ideologies and ignores the stricter ones. As the owner of a growing med-spa venture – Beauty Lab and Laser – Heather is minting some good money, with her estimated net worth standing at $1.7 million, as of 2020. 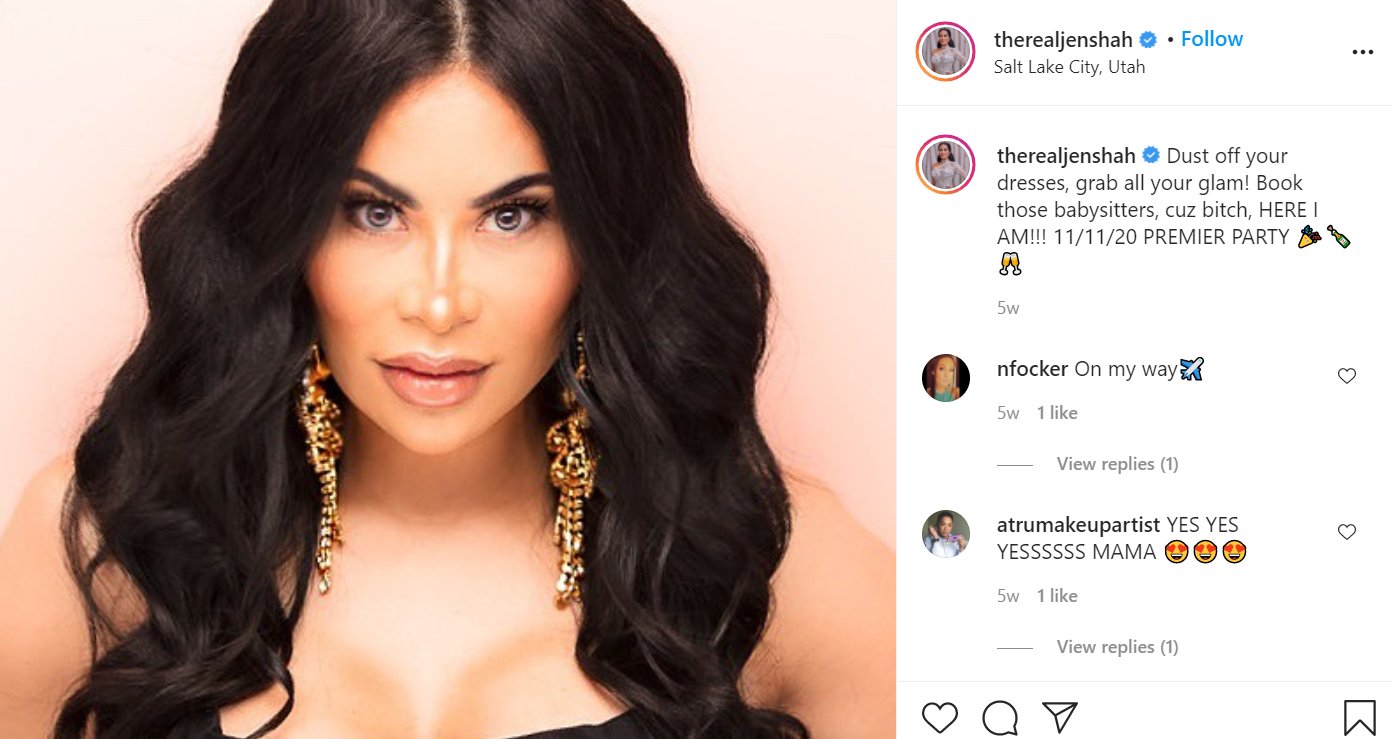 Married to NFL’s special teams coordinator Sharrieff Shah, Jen Shah is a distinguished entrepreneur in her own right. Jen successfully runs three marketing companies as CEO, including popular firm “The Shah Squad”. In a recent online spat with RHOD star Brandi Redmond, Jen revealed that she owns four houses and an apartment in New York. She is known for hosting lavish parties in Utah. Jen Shah’s estimated net worth for 2020 is around $3 million. 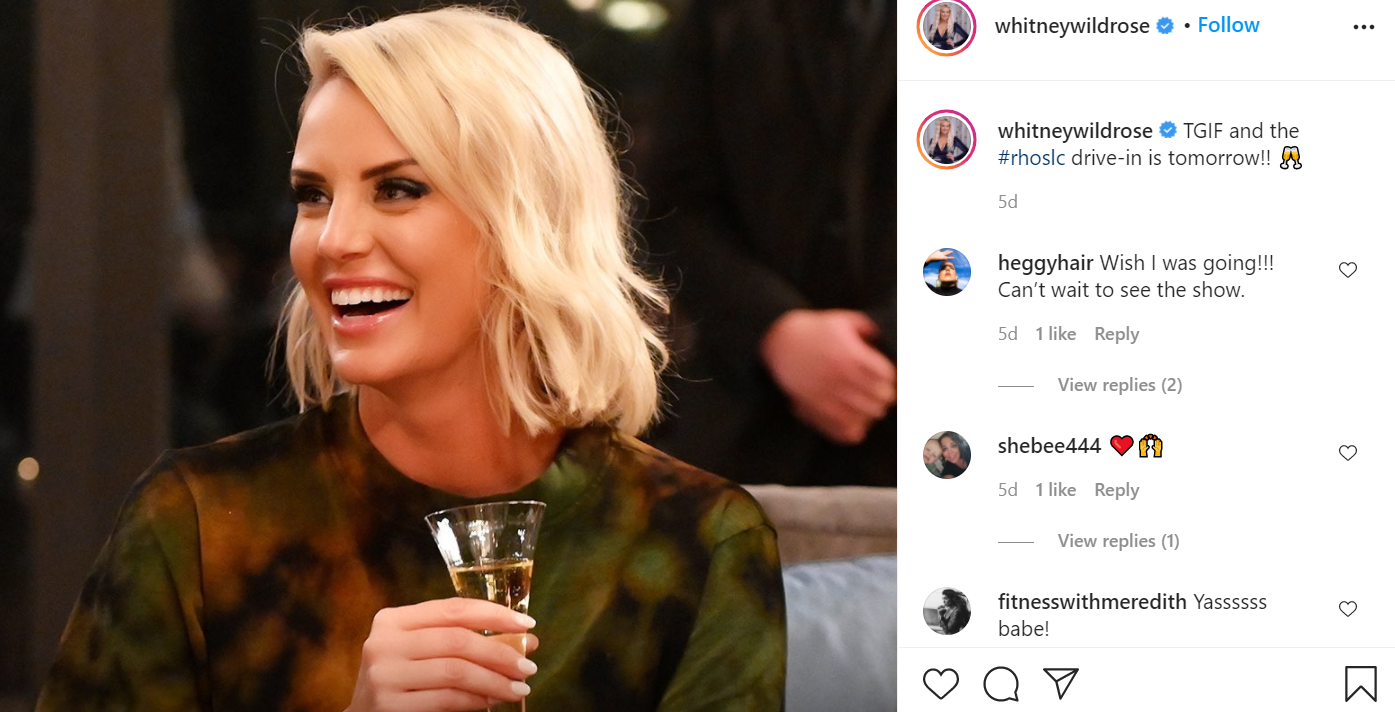 Whitney Rose recently renewed her marriage vows with husband Justin Rose on the occasion of their 10-year anniversary. Mormon-royalty Whitney and Justin both left the Church of Latter-Day Saints when they fell in love and divorced their respective spouses to be with each other. A doting mother to two children, Whitney is also a shrewd businesswoman. She owns her own line of high end skincare products, Iris+Beau. She must be making some sweet dough from her luxury beauty business because her net worth, as of 2020, is estimated to be close to $3 million. 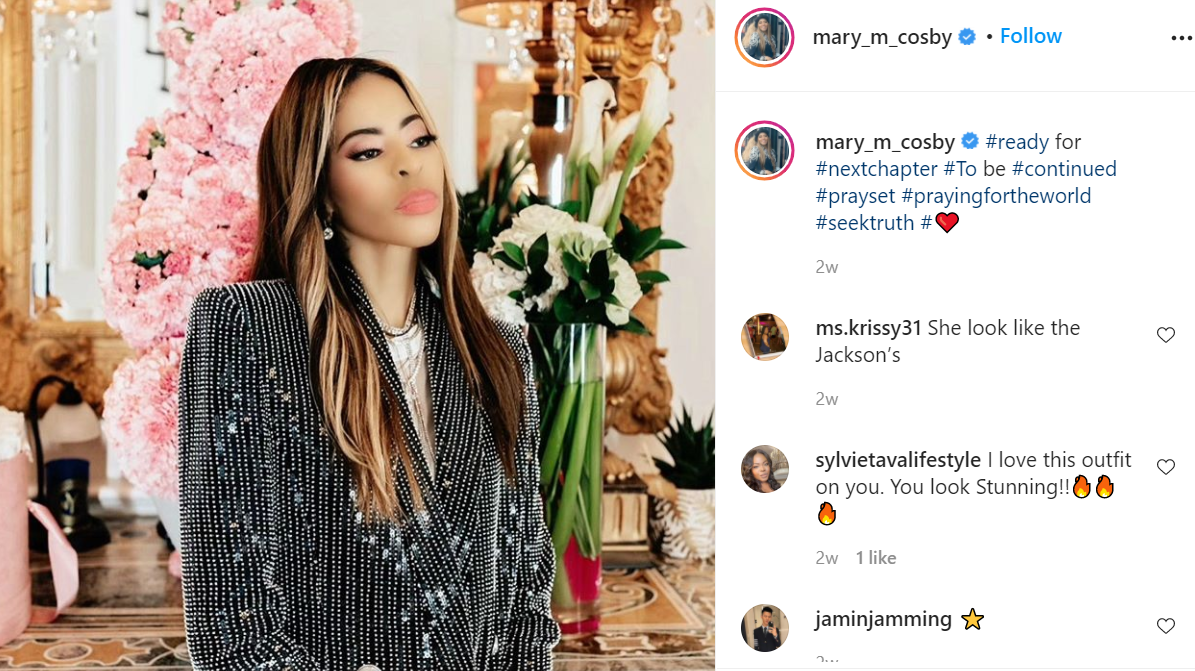 Pentecostal first lady Mary Cosby inherited her family’s empire of churches and restaurants after her grandmother passed away… by marrying her late grandmother’s second husband, Robert Cosby Sr.! The controversial match is a bit hard to digest but the pair have been married for more than 20 years now and share a teenage son. Mary says it was her granmother’s dying wish that she marry Robert and take care of him so her grandmother put it in her last will as a stipulation that Mary will only be able to inherit the family businesses if she married Robert. It’s undeniably weird but there you have it, Mary seems pretty happy with her situation. Mary’s net worth in 2020 is estimated to be close to $5 million. 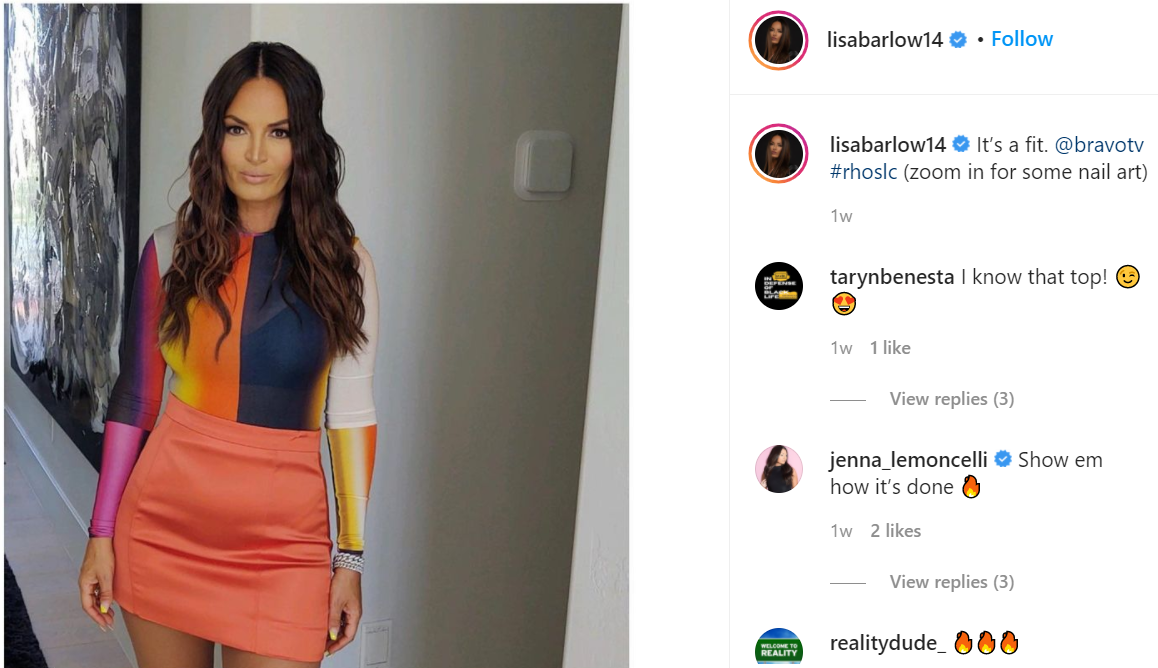 Lisa Barlow seemingly has it all – a rich, doting husband, two amazing kids, and multiple hugely successful business ventures. Lisa is the owner of a marketing company named Luxe and Vida tequila. She is always dressed on point from head to toe and expects utter perfection out of everything and everyone that comes in contact with her, which sometimes causes friction in her friendships. Lisa’s estimated net worth is $5 million, as of 2020.

Read More: Who Is The Richest Housewife of Potomac?