Netflix’s ‘Trial 4’ chronicles the tale of Sean K. Ellis, who was wrongfully convicted of the murder of a Boston Police Detective, John Mulligan, and was forced to spend almost 22 years behind bars for it before gaining his freedom back. His conviction was the direct result of the work of corrupt cops who were looking for a scapegoat so that they could close the murder investigation as soon as possible.

After all, they were in cahoots with John Mulligan, doing their dirty work, and they were worried that if someone else looked into it, their reality would come to light. As mentioned in the series, their initial target was John’s then-girlfriend, Mary Shopov. Curious to know more about her? Here’s everything we know. 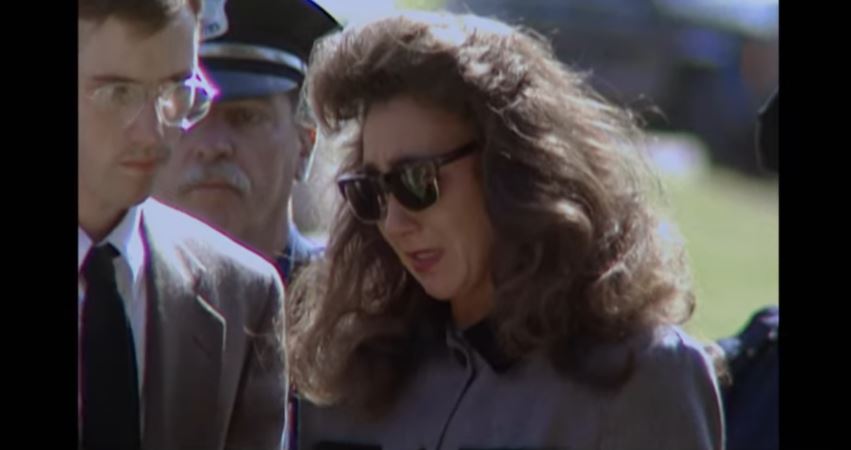 Back in 1993, when John Mulligan was executed in his car while on a paid detail outside a Walgreens in Roslindale, in Boston, Massachusetts, Mary Shopov (in her 20’s) was his girlfriend. She was, of course, one of the first people questioned during the investigations. When an anonymous tip came in, revealing that someone who looked a lot like Mary was seen in John’s vehicle, arguing with him around the time of his death, she became the prime suspect as well.

Mary was honest with the investigators, revealing that although their relationship had troubles because of John’s tendency to get involved with other women, she would never harm him. She admitted that John’s actions sometimes made her furious, but that didn’t mean that she would kill him brutally. Mary also revealed that although they both worked a lot and rarely had time to see each other, whenever they did, everything was normal, meaning that their sexual relationship was as healthy as ever.

After a while, when Mary could produce an alibi for where she was on the night that John was killed, she was cleared, mainly because there was absolutely nothing except for that tip that could implicate her in the case. Mary was heartbroken to lose her boyfriend in such a way, but she carried on with her life.

Where Is Mary Shopov Now?

According to some reports, Mary Shopov, now in her 50s, resides in Avon, Massachusetts, and now goes by the name of Mary Shopov Padovano, having since gotten married to a man named Anthony Padovano. From what we could find about her on social media platforms, it seems as if Mary is happy to be sharing her life and experiences with him.

Mary also appears to have completely moved on from the events of her past – the loss she suffered to how she was treated afterward. The fact that her late boyfriend’s case still hasn’t been solved may still trouble her sometimes, but Mary just wants to live her life away from the public eye now, as made evident by her refusal to be included in ‘Trial 4.’